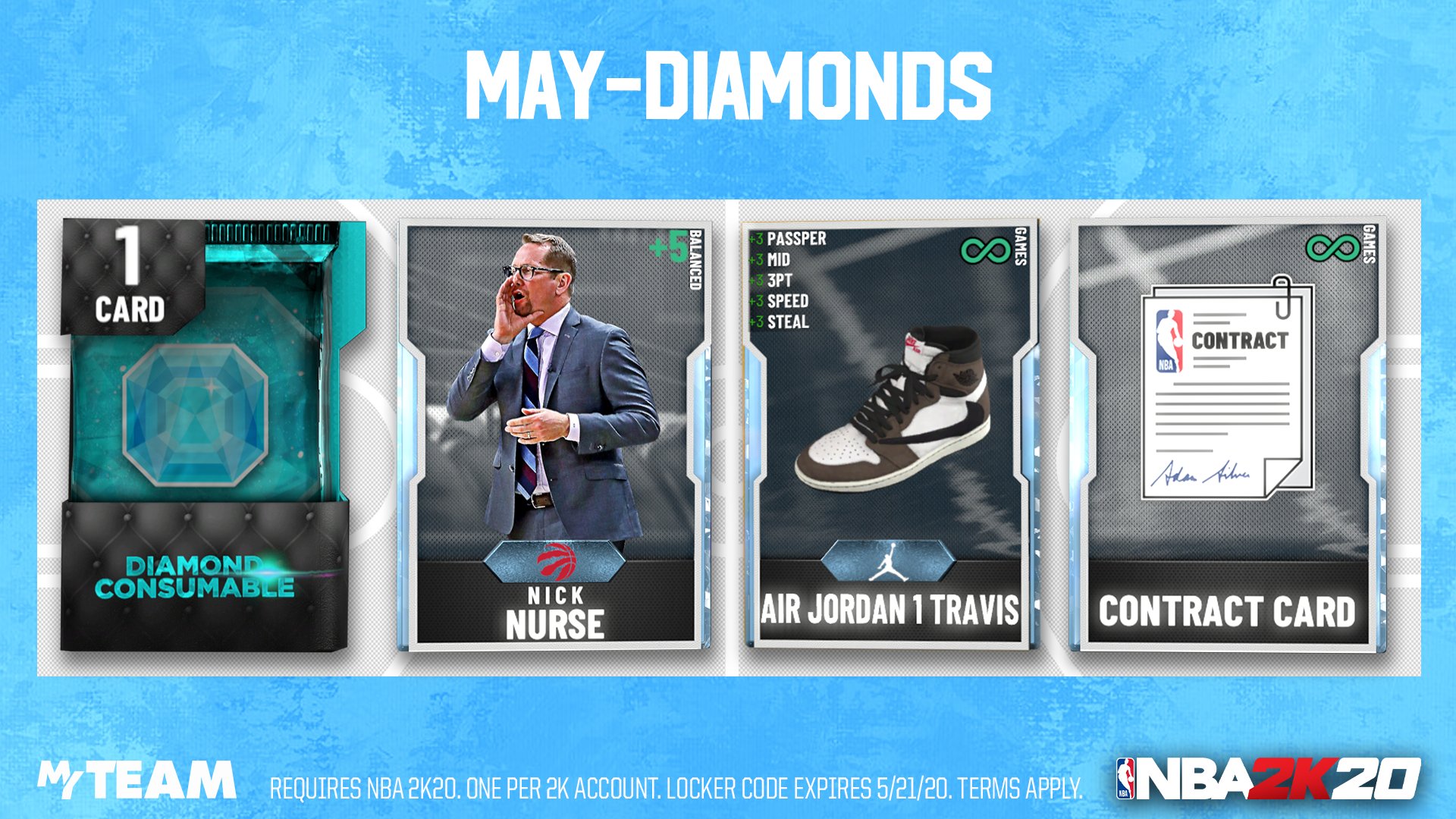 You know the drill, let’s run through what I’ve missed the last couple days here in NBA 2K20 MyTeam.

Galaxy opal Bob McAdoo, pink diamond Jim Paxson, pink diamond Kelly Tripucka, diamond Corliss Williamson and amethyst J.J. Barea are the new Spotlight Sim players in the Series 2 packs. I haven’t heard much about any of these cards, and history suggests not many of them should be that amazing except maybe Tripucka.

💎 Locker Code. Use this code for a guaranteed Diamond card to help your lineup. Available for one week pic.twitter.com/P2zc1ruoNd

A diamond miscellaneous items locker code is out today.

And this MT or Tokens code came out yesterday.

Galaxy opal Rudy LaRusso and galaxy opal Mel Daniels are the two new players in the Triple Threat offline update from yesterday as well. In addition, I believe the weekly bans (and some who were unfairly caught in the crossfire) should be up today. These weekly bans went back to folks who were doing lineup glitches in MyTeam Unlimited. This means the market might shoot up a bit in the short term as folks get control of their teams back.