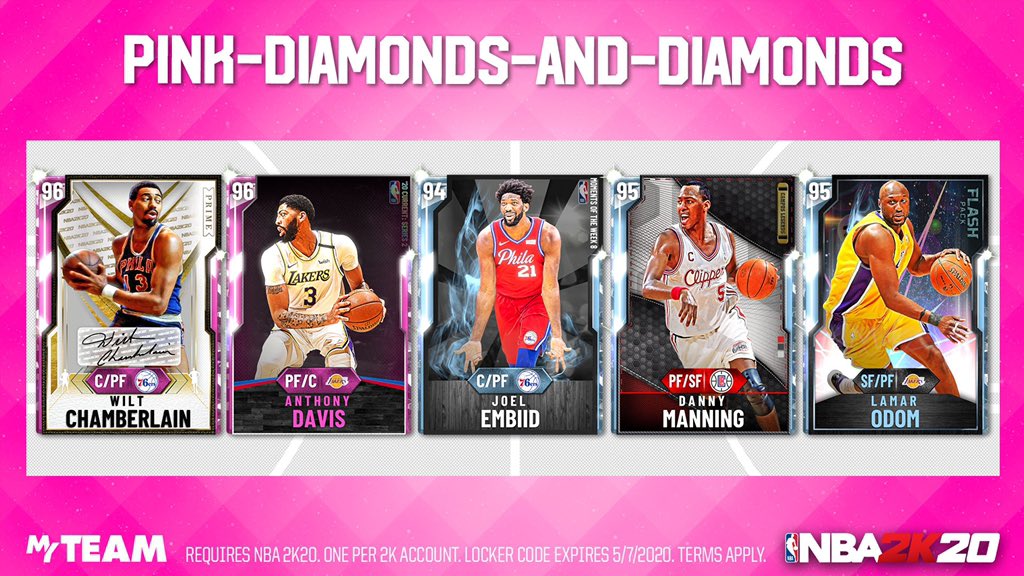 As per usual, just checking in every couple days here with the latest bits of free stuff you can snag in NBA 2K20 MyTeam. Right now, there are two new locker codes active, including one for a pink diamond or diamond player.

🚨 Locker Code. Use this code for a guaranteed Pink Diamond or 💎 player. Available for one week

The diamonds might be the real gems there, at least the Lamar Odom.

Beyond that, there’s a new KD locker code tying into the career highlights concept 2K has run with as of late.

🚨 Rookie KD Locker Code. A young KD dropped 21 points and hit his first game-winner against Atlanta on November 16, 2007. Use this code for a chance at an Amethyst KD. Live for one week pic.twitter.com/fzbRgQqyzO

Lastly, 2K is trying to be a little more proactive with Triple Threat updates, and so they refreshed some drops for both TTO and TT offline.

As Brian said here, they really should be doing this a ton.