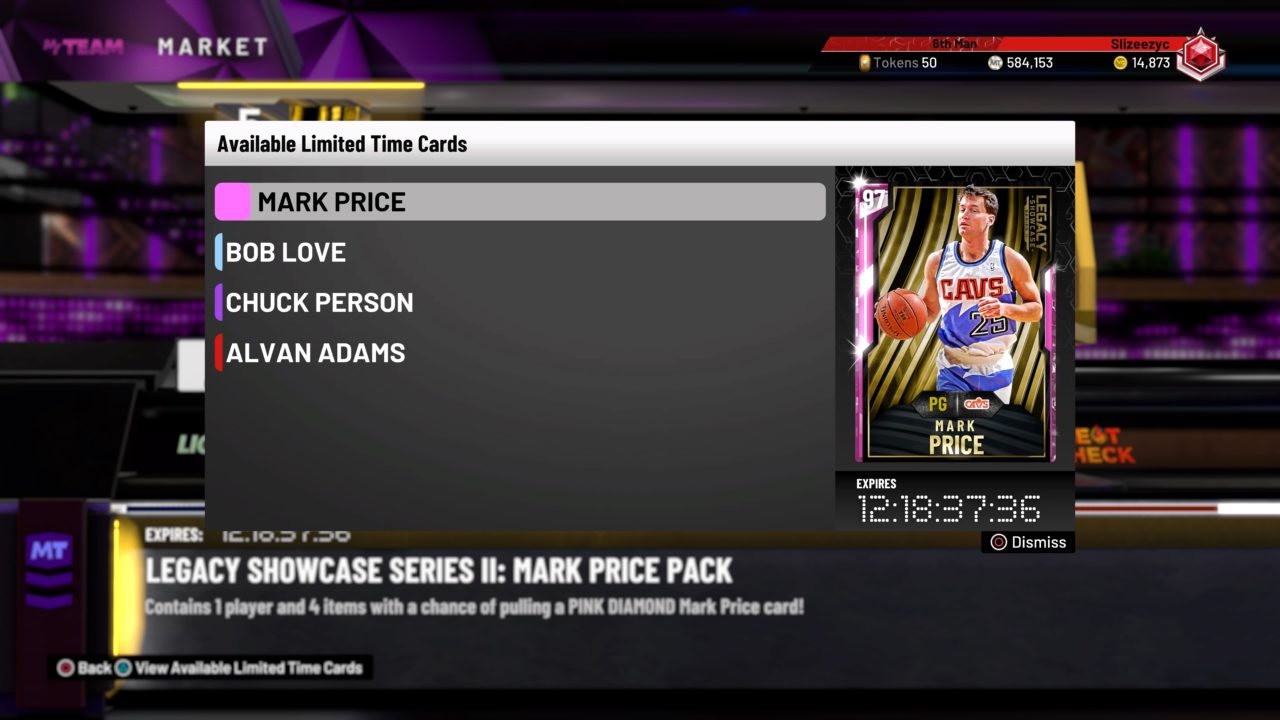 I’ve defended the Legacy Series concept before in that 2K is hoping these packs highlight lesser known stars. I think that’s a good idea to have, and I’m all for lesser stars getting more cards because I enjoy playing with the non-meta players. However, it’s becoming a bummer of a trend that we’re already getting cards that we work towards with our token rewards.

Pink Diamond Mark Price?? 🔥 Must cop. The Legacy Series II packs are now live and available for one week. 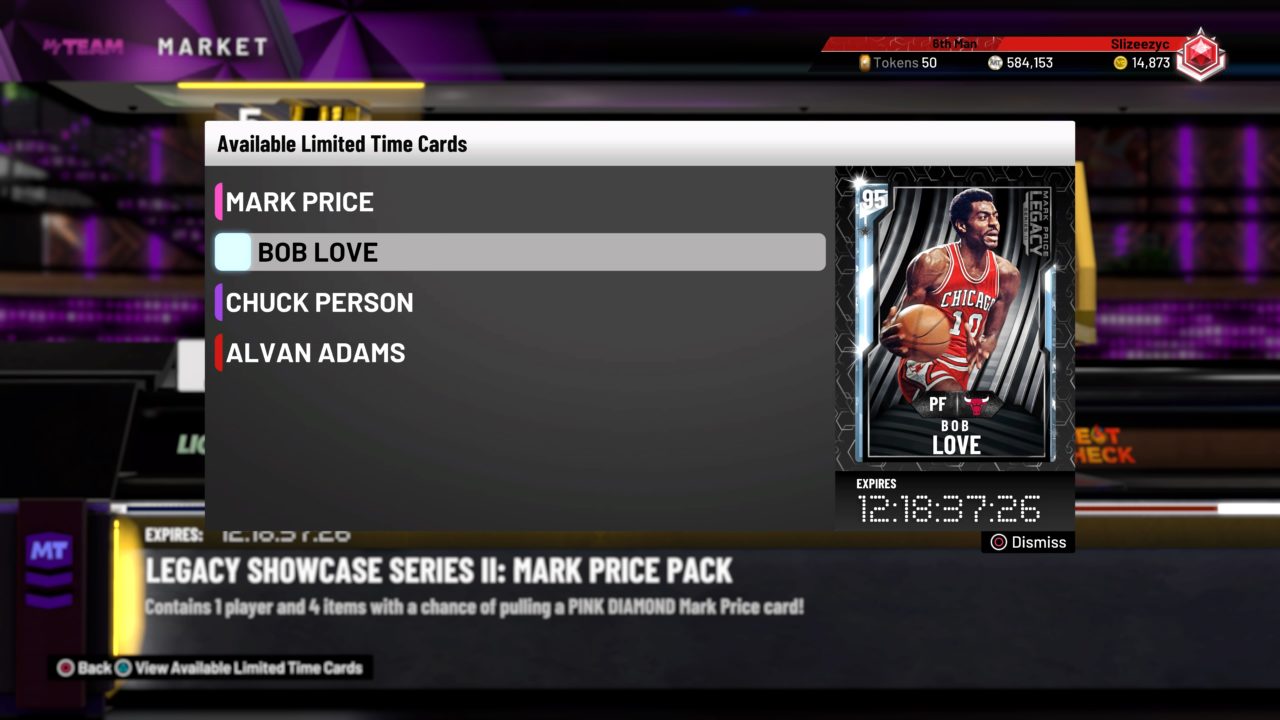 The same general concept applies to the Bob Love card released today. We can already acquire a pink diamond Bob Love as a token reward. I have no desire to evolve this version of Bob Love to a pink diamond when that’s the case. The laziest thing I could say is “we need more players in this game.” While that’s easier said than done, it’s counterproductive to already be hurting the excitement of chasing token rewards. So even if you don’t release more players, you can at least not destroy the token rewards by releasing duplicates in October. 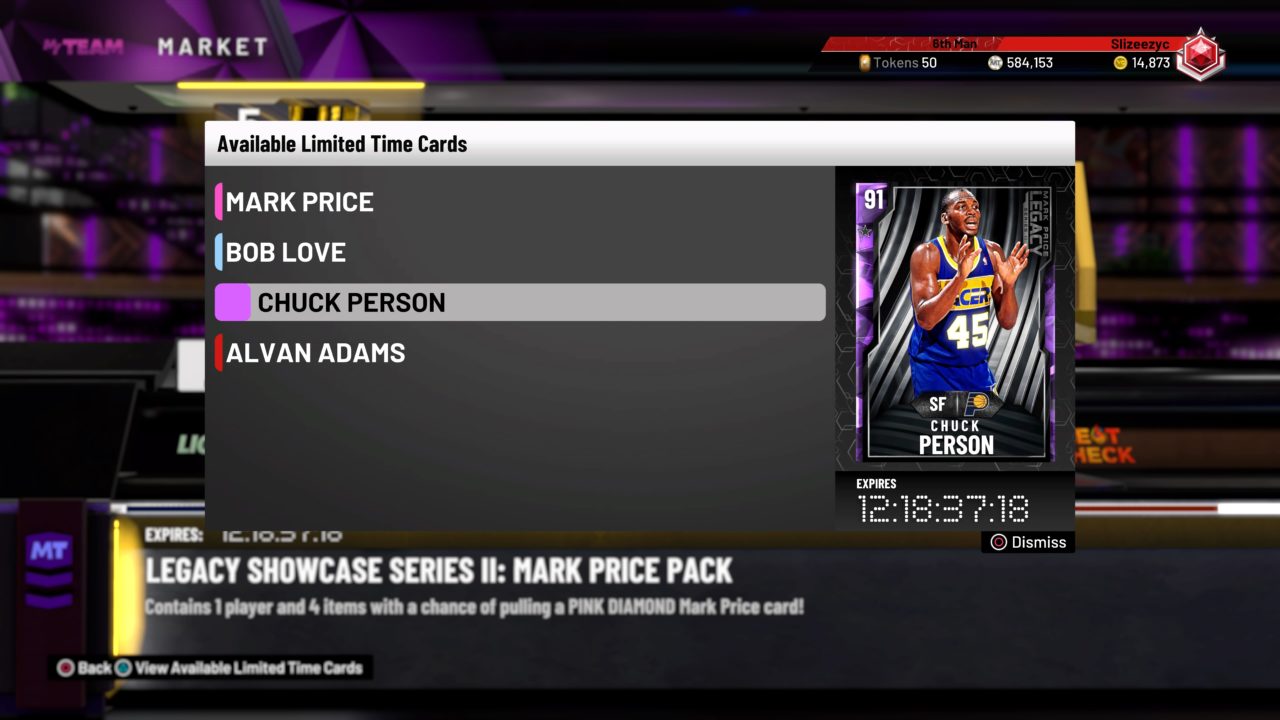 That being said, I’m into this Evolution Chuck Person card. It evolves into a diamond, and the major requirements involve 50 games played and 300 made 3-pointers. Those are attainable goals, and even as just an amethyst it’s a viable card right now as he’s usually easy to use in 2K games.

The final card is Alvan Adams. The best thing I can say about him is that he’s a ruby who is very cheap to acquire. He has eligibility at C and PF so you can try him out for cheap if you want another guy who can at least hit open mid-range shots.