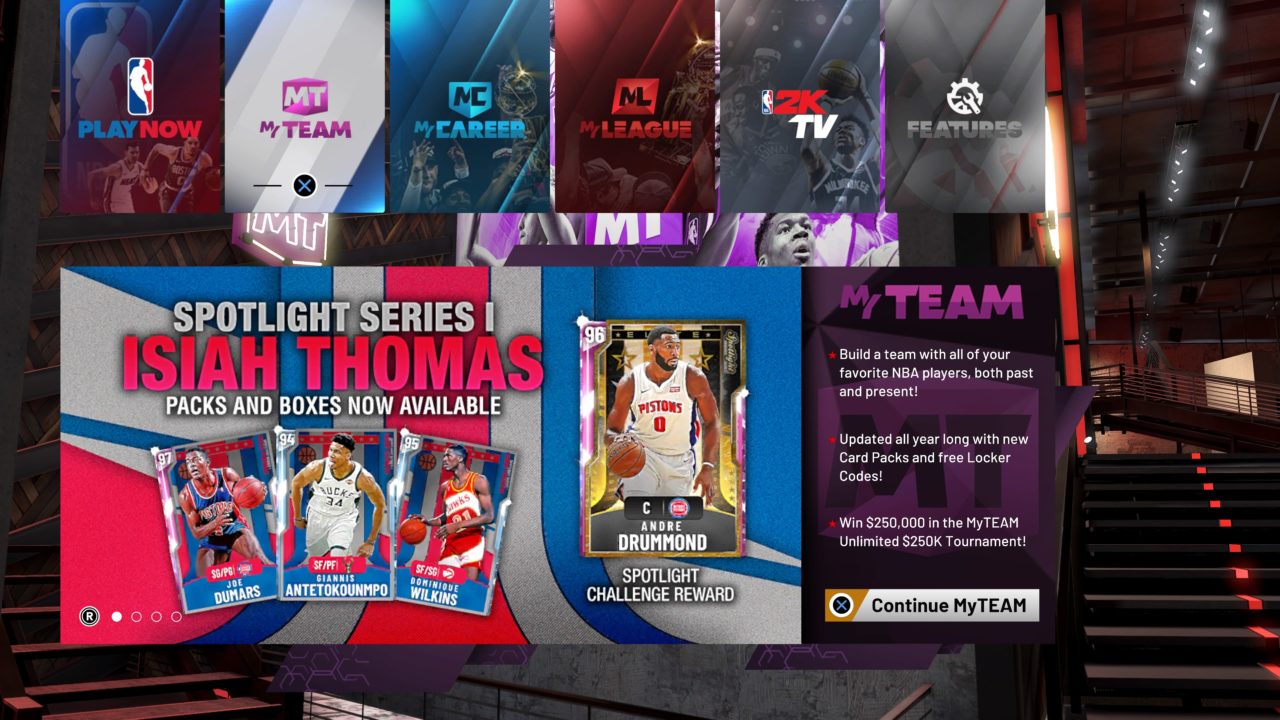 Catching up on yesterday’s news a bit here, we got the last Spotlight Series player for the first set of challenges. Many expected it to be Magic Johnson, and it was in a way, but the spotlight itself is focused around Isiah Thomas. 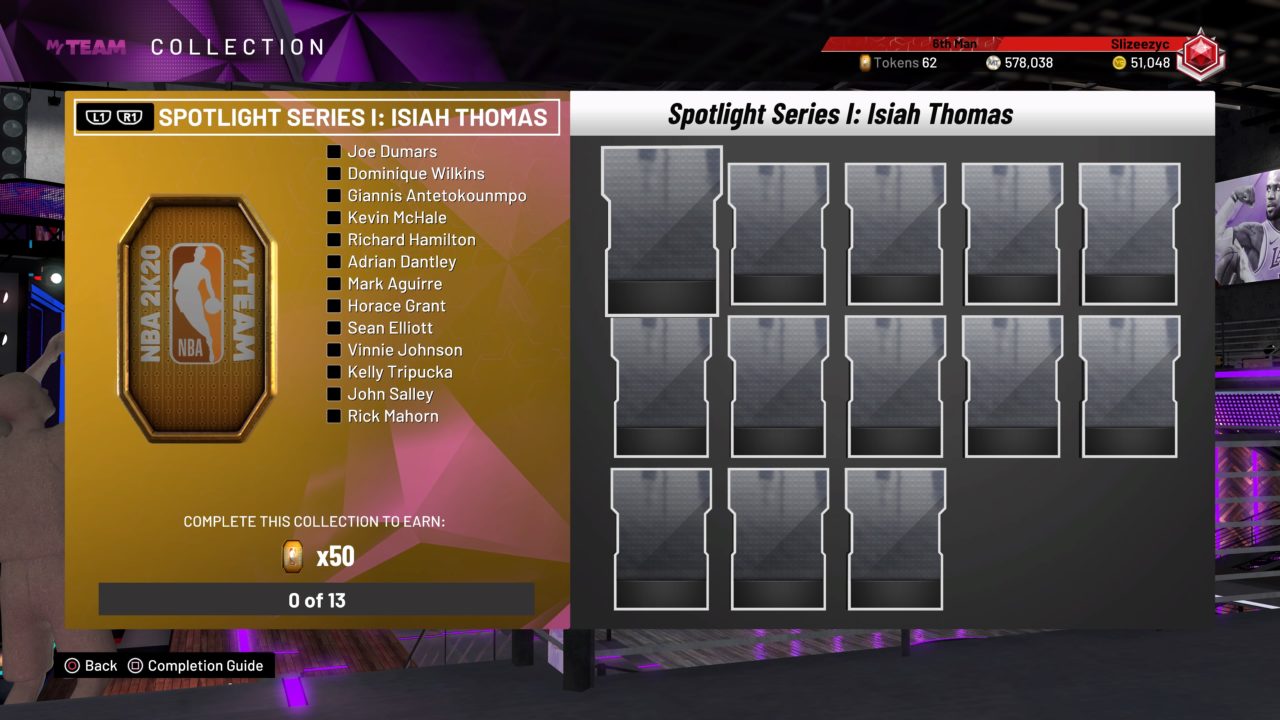 First things first, I have no idea why a diamond Giannis Antetokounmpo is in this series, but you already know he’s the most expensive card from this collection due to that. However, it’s worth noting you don’t need him it to finish the challenges for Isiah, which helps to keep the price of finishing these challenges down. Reports so far are that getting a triple double with Zeke is the most annoying challenge in the series so far, but it is at least on Rookie for that challenge. 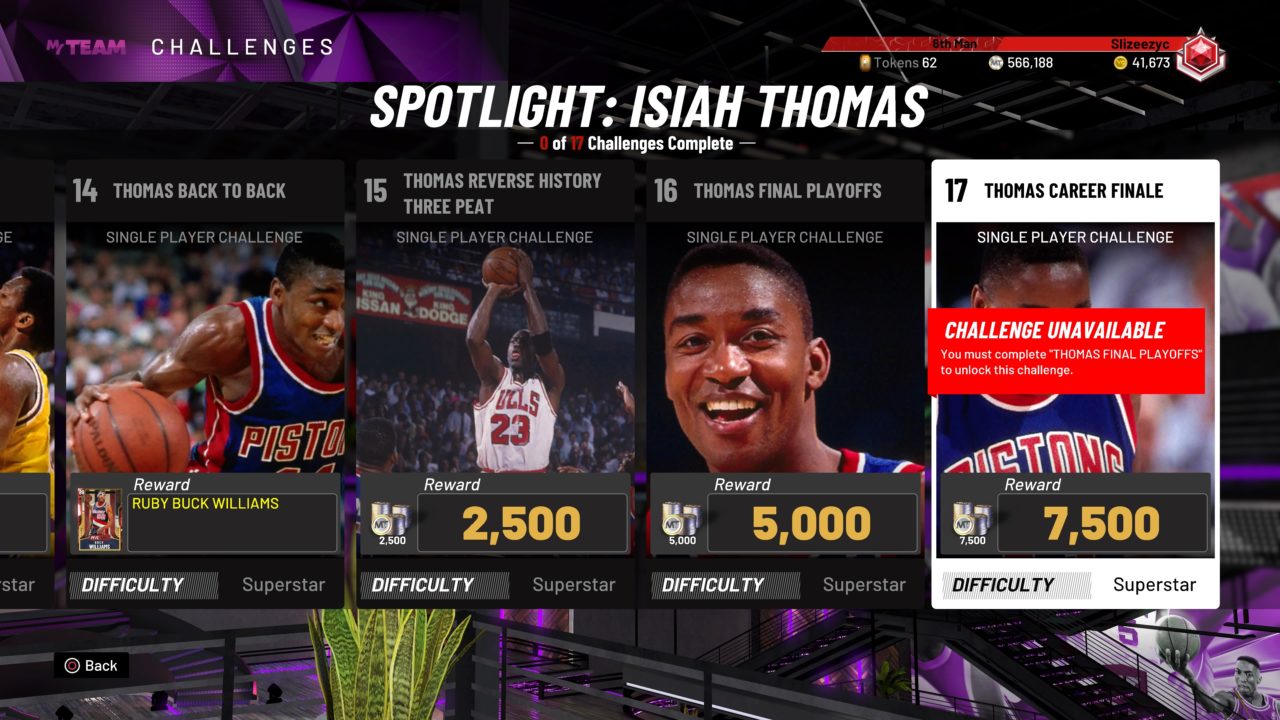 If you knock out all the challenges, the final reward is a pink diamond Andre Drummond. He seems like a pretty whatever reward, but there’s some other interesting cards in this set. I should start with Evolution Kelly Tripucka. he has four evolution steps, and his first one gives him 100 strength. He also gets hall of fame Quick Draw at sapphire. It’s a really good card, for whatever reason, and he’s easy to shoot with as well.

As for Magic Johnson, you get him if you complete every Spotlight Series from set one. His size at point guard is the obvious well known perk in 2K, but this diamond version looks just okay. Considering how much MT and grinding of challenges you will have to put in to get him, I would pass considering there will probably be a better version released anyway.

Returning to the Zeke series itself, Kevin McHale is the other major evolution player in the set. You need 1,500 points, 1,000 rebounds and 70 games to evolve him to a diamond. It looks like it’s worth that evolution if you’re willing to put in the grind.