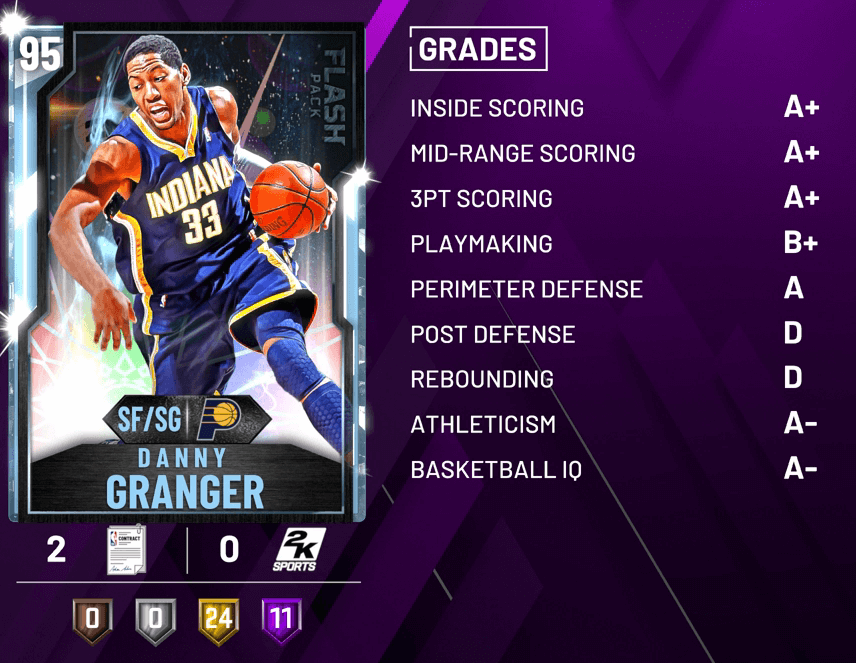 Let’s finish this up by talking about the “lesser” players from Flash Pack 2 in NBA 2K20 MyTeam. Spoilers, they’re still mostly incredible.

Analysis: Granger has been a fan favorite in the past because his release is super smooth. I don’t think his release is quite as absurd as last year, but it’s still an easy shot to master. The bigger key here is he gets SG eligibility, so you can slide him to shooting guard as a 6-foot-9 player. You don’t really lose anything with the speed to put him there either because his ball handling is still way better than it should be.

All in all, I think this is the first card that isn’t arguably one of the five best players in the game, but it’s still a ridiculously strong card. He’s a great shooter, still very good on defense, and that height means he’s going to create mismatches on both ends of the court. There’s no reason to pass up on any of these cards so far (assuming you can afford them), but this one is the first you can technically live without. 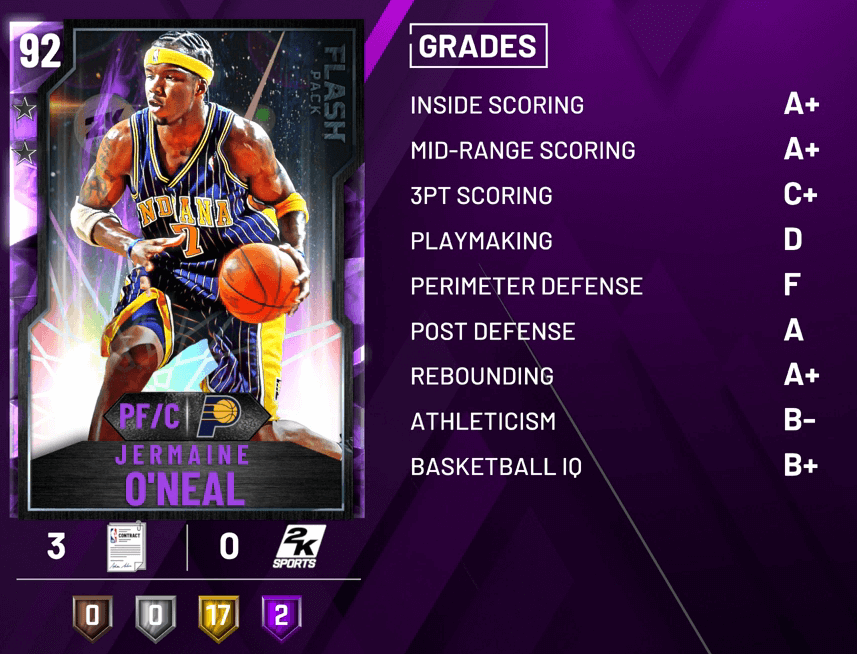 HOF Badges: Pick & Popper, Post Spin Technician. He gets Box and Worm at diamond. He gets Dropstepper, Backdown Punisher and Dream Shake at pink diamond.

Analysis: This Jermaine O’Neal card is just not worth the time to evolve. He does not get good enough badges at pink diamond to be worth the struggle. On top of that, he’s slow for a PF/C hybrid. Even with the nice boost to shooting at pink diamond, he’s not going to be a dominant force inside or outside. He may dominate smaller PFs, but it’s not going to be something you base your offense around. The defensive stats are good, but they’re not incredible for a pink diamond, and so he doesn’t have an area he truly excels at to me.

It’s not a bad card, it’s just one of those cards that feels like it should have easier evolution requirements considering what the payoff this time around. 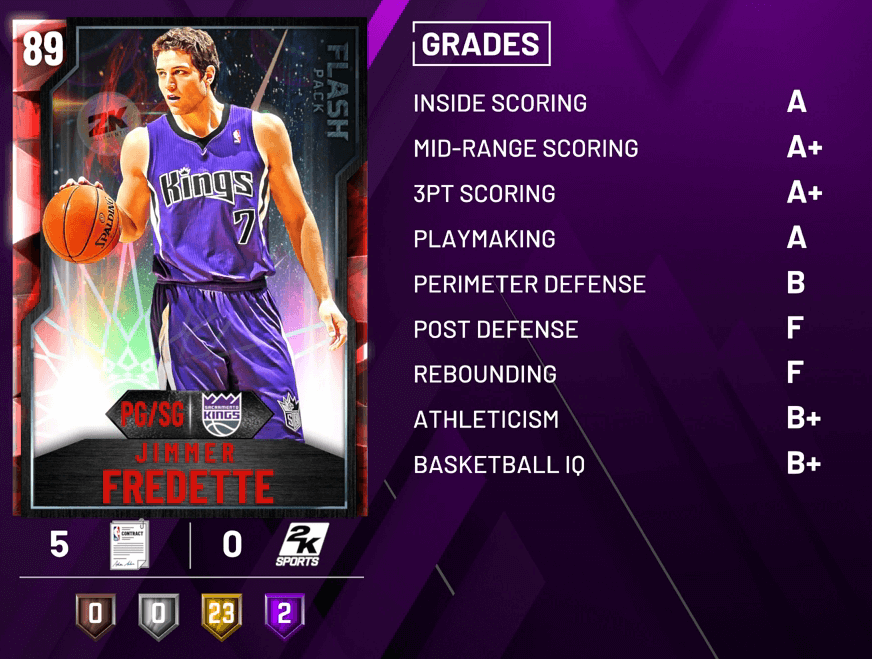 Analysis: JIMMER is a good example of how out of hand things have already gotten in MyTeam in January. He’s a ruby with HOF Catch and Shoot and Range Extender. Those two things don’t make him unbelievable, and his defense is garbage, but those two badges already make him a great ruby. He’s very cheap, he’s got a nice release, and so he works perfectly as a gunner off the bench.

This is the sort of card we would have been raving about a month ago, but because the power creep is so insane this cycle, he’s a very under-the-radar card you can use to just score in bunches. And while his defense is bad and he has no badges, you can slide him to the less scary perimeter option and just live with whatever he gives you on that end. He works as both a point guard and shooting guard, but I think he’s best utilized off the ball.