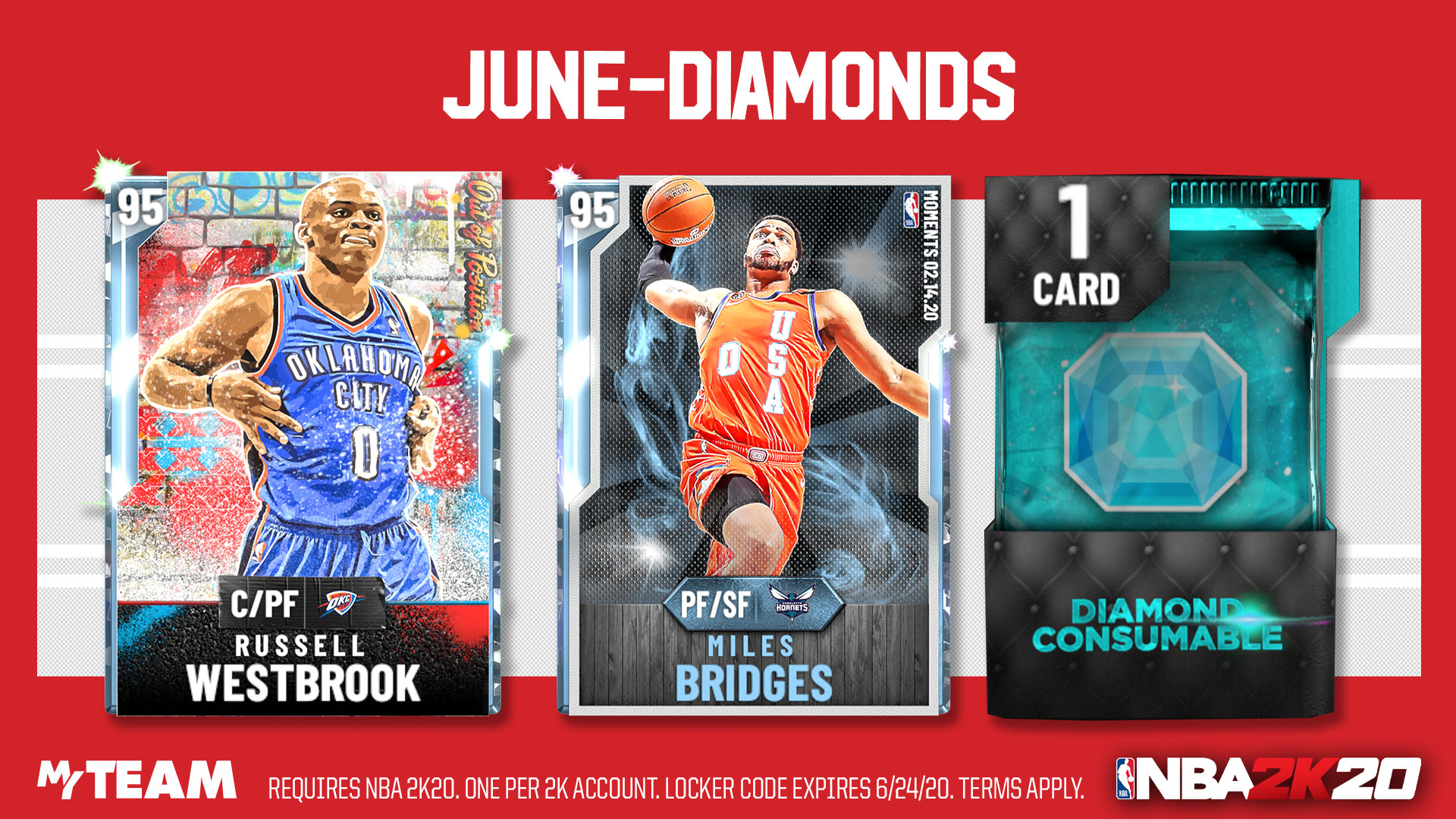 Various fresh faces are in packs in NBA 2K20 MyTeam, along with some “best of” players mixed in with the super packs currently live. Let’s quickly run through things here.

🚨 Decades & Evo Super Packs are back. You got 72 hours to pull top previous players and New Evos including:

So we have some new evolution players in these super packs groups, but it’s also largely players/cards you have seen previously.

With the new Buzzer Beater packs, the fresh faces are galaxy opal Jalen Rose, galaxy opal Jerry Stackhouse, pink diamond Vince Carter and diamond Hassan Whiteside. I don’t think any of these cards are going to move the needle for folks.

🚨 Locker Code. Use this code for a chance at a 💎 Russell Westbrook, 💎 Miles Bridges, or a Diamond Consumables Pack

Available for one week pic.twitter.com/3AWr84gXYz

I loved the diamond Miles Bridges back in February when it was released, but this is a different game now. The card is still fun I’m sure, but the mode has moved past him mattering anymore.