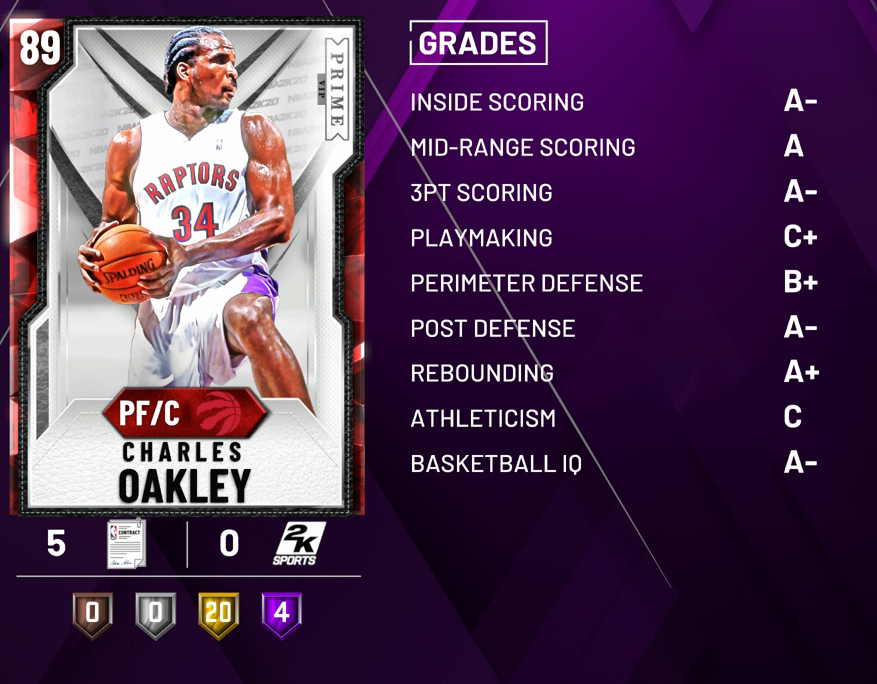 I have been talking a lot about how MyTeam overalls don’t matter at this point, but YouTuber DBG goes into more depth about that in one of his latest videos.

He starts off talking about one of the old findings, which is that the “intangible” rating is one of the ways 2K can game the system to keep the overall rating down. Beyond that, he goes more into something I had not been thinking about recently, and that has to do with why some of these players have been getting some odd primary positions in MyTeam. DBG’s theory is unconfirmed to some extent (2K is not going to comment on this), but the points brought up do seem logical.

In short, you can sort of keep the overall rating of players down by tactically giving them the “wrong” primary position. The rating system seems to weight certain attributes more heavily based on certain positions, and height may also factor into the equation. This means a pink diamond or even a diamond is basically a galaxy opal in everything but name (and sometimes badges).

Yes, badges are the other important factor to keep an eye on here, but that’s more self-explanatory. Certain diamond and even amethyst cards are going to have more HOF badges than some of the starter pink diamond and galaxy opal cards, so it’s also going to be important to track the “newness” of a card. For example, the galaxy opal Dominique Wilkins that you get for getting 1,000 Triple Threat wins has 9 HOF badges. That Wilkins card was in the game on day one. In comparison, a ruby Jeff Green has 7 HOF badges, and an amethyst Lance Stephenson has 9 HOF badges. Both of those cards dropped in the last month.

The recent process behind these card releases has been about rapid escalation, and so this is just a good breakdown of why you need to look at cards a little more closely now. It’s a great year in MyTeam if you want to be a budget player and not spend any money. Simultaneously, it hurts the grind of single player because the rewards were great yet irrelevant before you even got to some of the Triple Threat and collector rewards.

Basically, MyTeam is in a weird place here at the end of February, and DBG’s video is a good breakdown of why that’s the case.