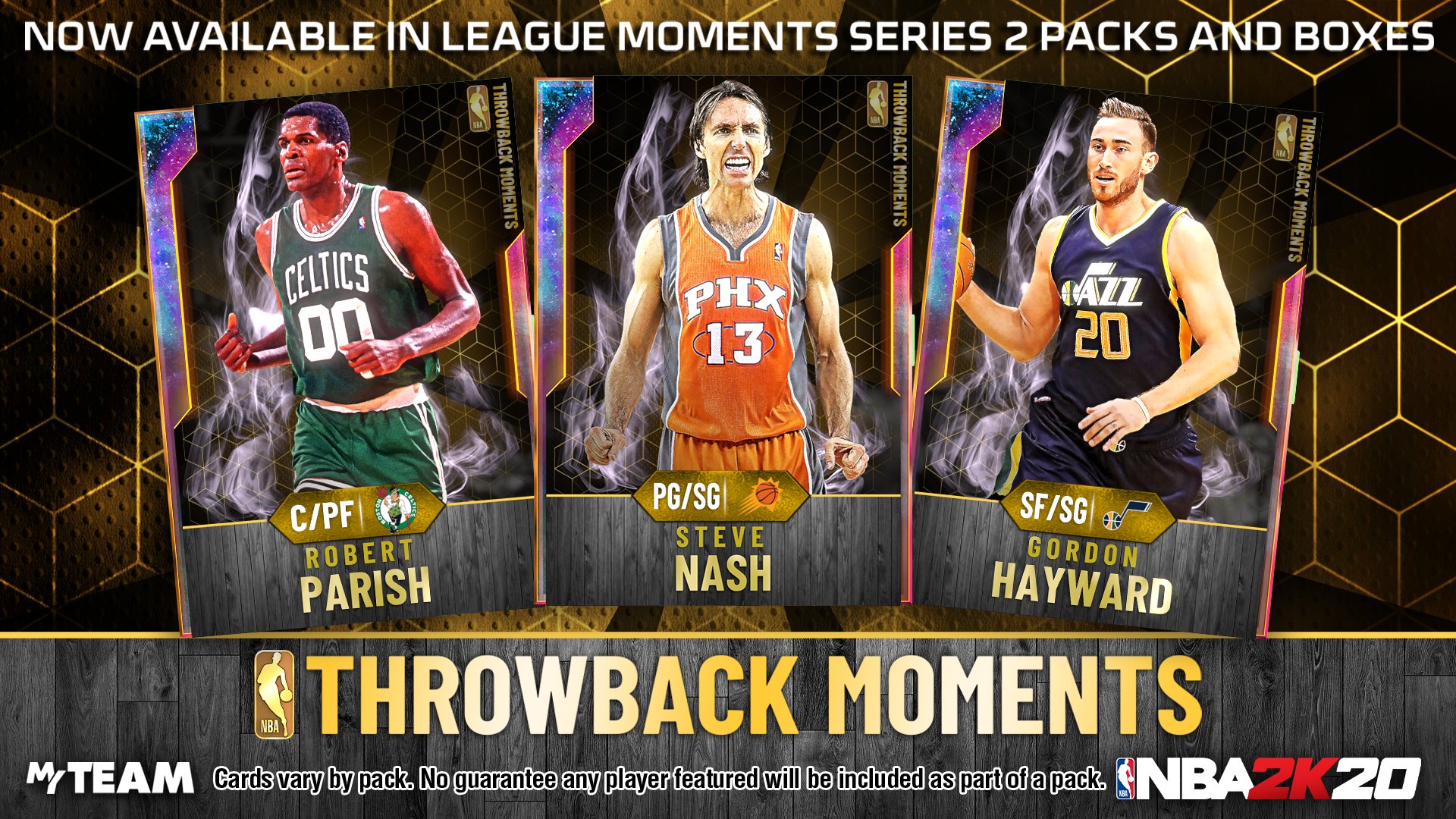 It’s been about a week since I last updated things in terms of posting locker codes and new cards, so let’s go through some new stuff in NBA 2K20 MyTeam.

Throwback Moments are back 🚨

Throwback Moments tend to be rather popular as it’s a good catch-all if you’ve been missing out on a certain player who can compete in the current meta. Gordon Hayward is a favorite among some 2K folks, so this is a prime example of getting some galaxy opal cards via a “loophole” of sorts. Galaxy opal Steve Nash, galaxy opal Gordon Hayward, galaxy opal Robert Parish, pink diamond Jeff Teague and diamond Luc Longley are in the first wave of packs here.

🚨 Career Highlights Locker Code. In 2018 Terry Rozier scored 29 points on 7 of 9 from shooting three in a playoff game against the 76ers. Use this code for a chance at a Pink Diamond Terry Rozier. Live for one week pic.twitter.com/yl2EenNi0l

As a Sixers fan, this one pains me greatly, but go and maybe get yourself a Terry Rozier card from a high point I imagine he may never reach again. Yes, I’m still salty.

More important things took center stage and continue to do so, but if you missed out on some codes from last week, 2K is here to remind you to lock them in before time’s up.

Locker Code 🚨 Use this Locker Code from last week before it's too late pic.twitter.com/sSIAC8Y4zj