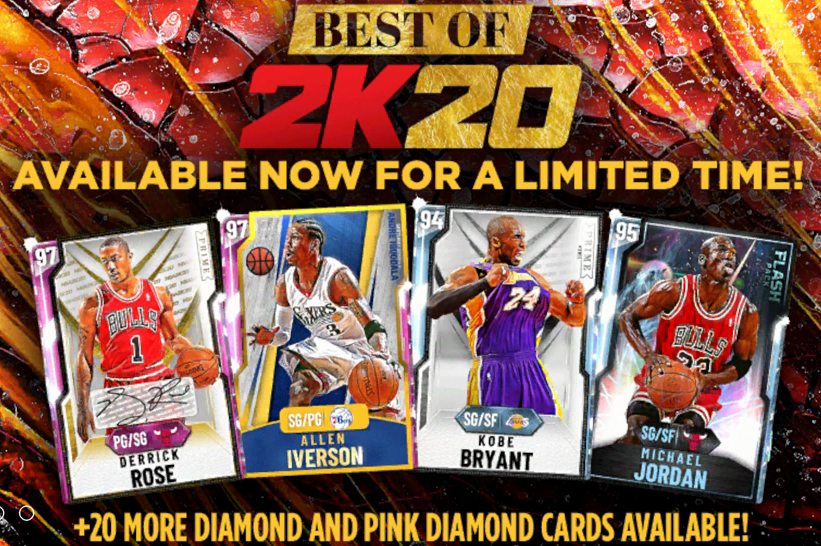 The best of NBA 2K20 packs are out for the next three days and are exactly what the title implies. They are some of the best cards that have been released in packs so far in NBA 2K20. So what does that mean and what cards were not included? 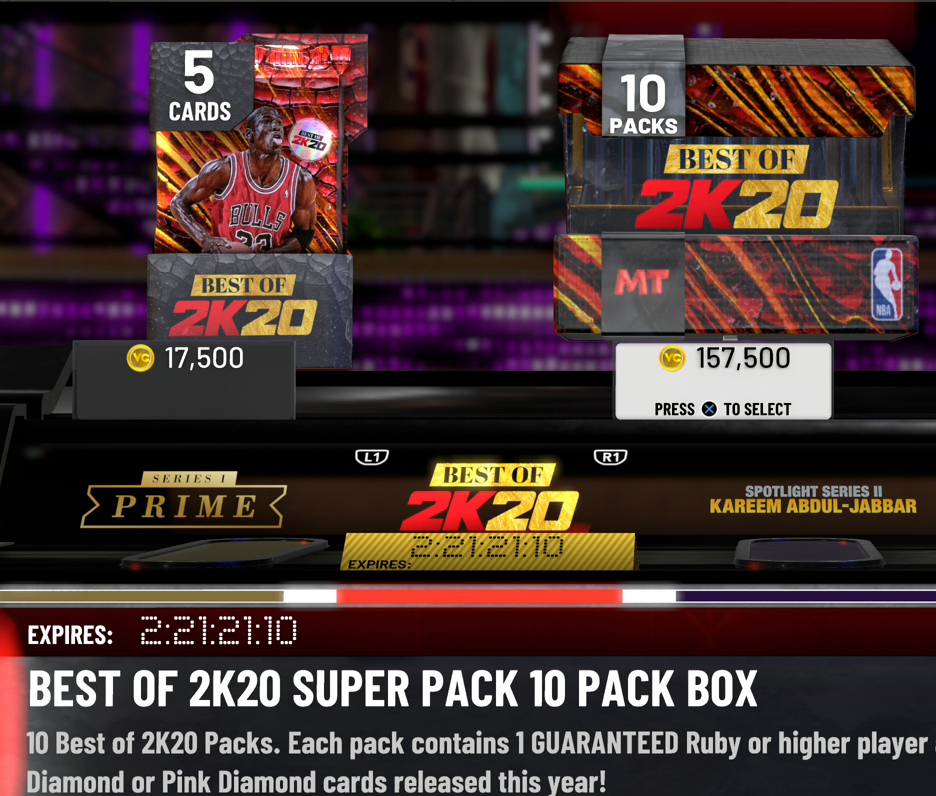 Well, the NBA 2K20 selling point is you’re guaranteed “at least a ruby” in packs that cost a minimum of 17,500 MT. I’m going to need more than that to get excited about these with that in mind. It’s quite a price to pay for these packs, so it has stopped some from opening them, which as helped the market a little bit.

That being said, there’s still some prices cratering at this juncture for some of the players in these packs. Two of the hardest hit players are John Stockton and Wilt Chamberlain since these packs add to the influx of cards that were already there with the promo code on Christmas.

Some of the big players not included in this set include the diamond Ben Simmons who can play point guard. Another big one is the recently released Tracy McGrady and any other players from the last Prime set. This is most likely because you can still buy those cards in packs in the store.

All in all, the price of the packs may keep prices from completely tanking in the marketplace, but this continues a trend where you really have to be careful about what cards you hold onto for any amount of time. Investing in cards is a dangerous game with all these super packs popping up right now.

Either way, remember kids, a super pack by any other name is still a super pack. So, as always, hunt that marketplace and avoid buying the best of NBA 2K20 packs with real money.

There are two promo codes to mention before finishing up, and they are as follows:

This gets you a board with a Deluxe Heat Check pack, Deluxe League pack, or 2,500 MT.

The better code is this one:

🚨 Token Locker Code. Use this code for GUARANTEED Tokens ➡️ 10, 20, or 30. Available for one week! pic.twitter.com/4IGx9XaxpP

It is very hard to hit the 10 token spot on the board, so you are almost guaranteed 20 or 30 tokens.