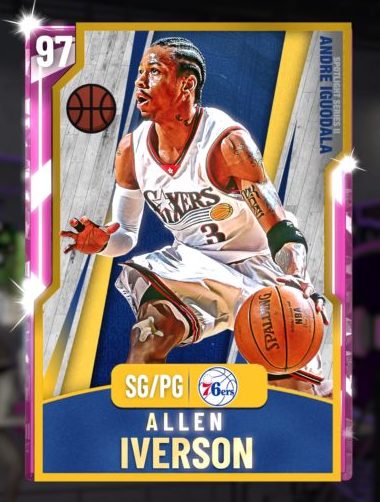 We’ll start with the heavy hitters from this batch of cards, a group that includes Iverson, Draymond Green and Steph.

So the direct comparison for this card in terms of recency is the pink diamond Derrick Rose. With Rose you’re getting a bit more size, a better overall finisher and a little stronger player. With AI, he’s the better overall defender, and he gets the better animations and shooting motion. In this comparison, you pick your favorite player of the two, but I do think AI is slightly better than Rose, even with Rose being an insane dunker in the game.

Height is just so important this year that it’s hard to recommend Draymond, especially if it comes to the center position. And that really pains me because I’ve loved using Draymond in small-ball lineups in MyTeam in previous year. However, it’s just not very viable, and at PF he’s not as important for what he brings to the table. If he were a little faster he might still be really interesting, but that’s not the case.

Be that as it may, he’s still going to be a defensive force if you don’t run into any huge centers, and his playmaking mixed with that defense is unique even at the PF position. His shot is also very easy to get the hang of, so he will most likely end up as a better shooter than you would expect. At the end of the day, HOF Intimidator is always worth taking note of in this game, so if Green dips low enough as the season goes on, he will at least be worth checking out for some offline challenges. 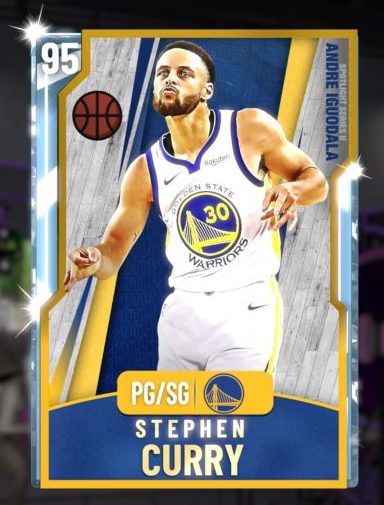 So, look, the shooting is obviously terrific, but the lack of Clamps and overall bad defense sort of makes him like Draymond in that he’s really hard to full-on recommend. At the point of attack, you just desperately need a good defender this year, and no matter how many hot spots he has, it still makes him hard to fully trust without the defense. I do think the card is solid, but he just doesn’t break into must-have territory at this point in the cycle.