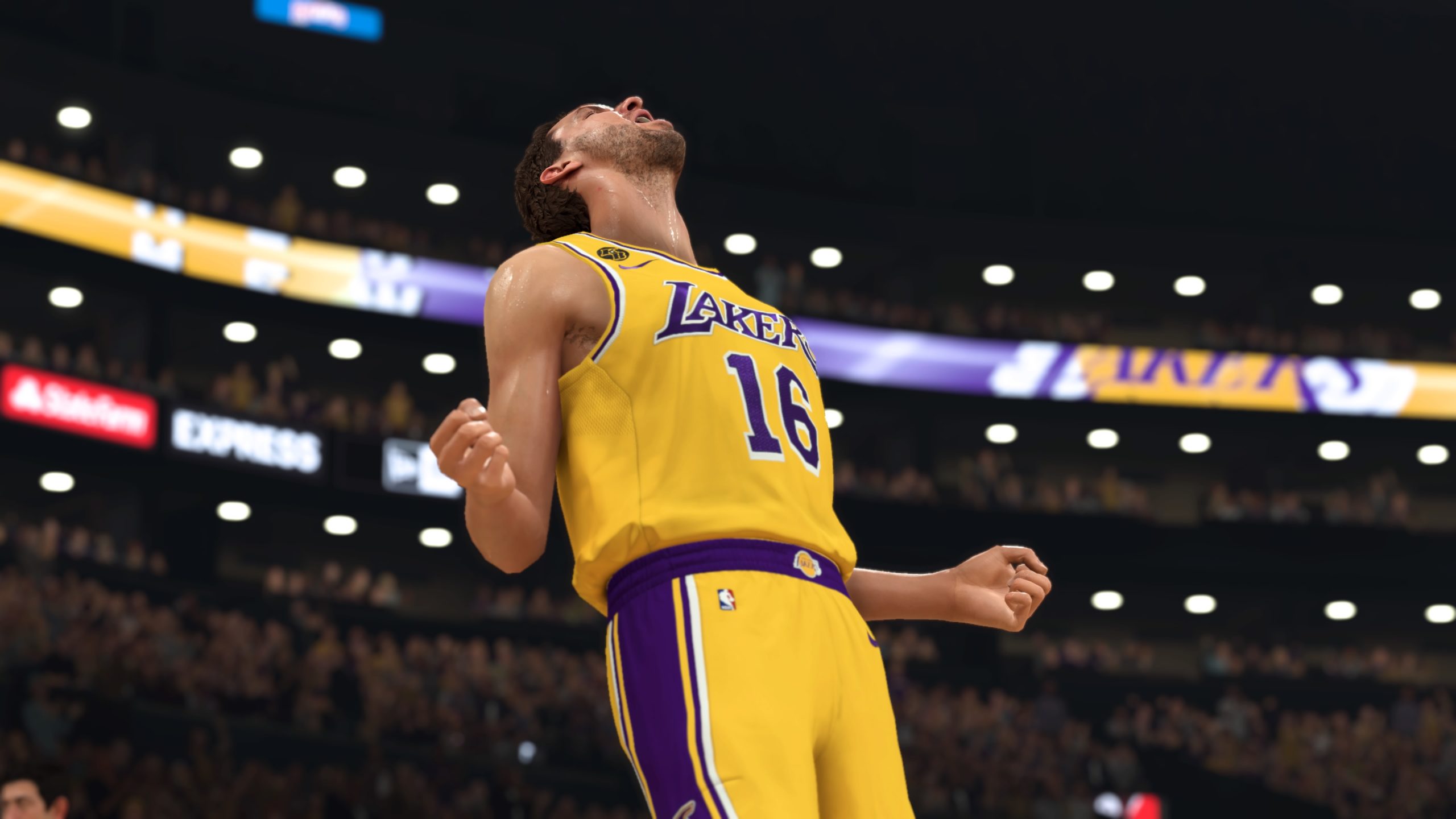 So as a relatively new parent, one thing I’ve learned is that positive reinforcement yields better results than negative reinforcement. So I’m going to start by praising to the high heavens all of this AMAZING offline content 2K has put out recently. 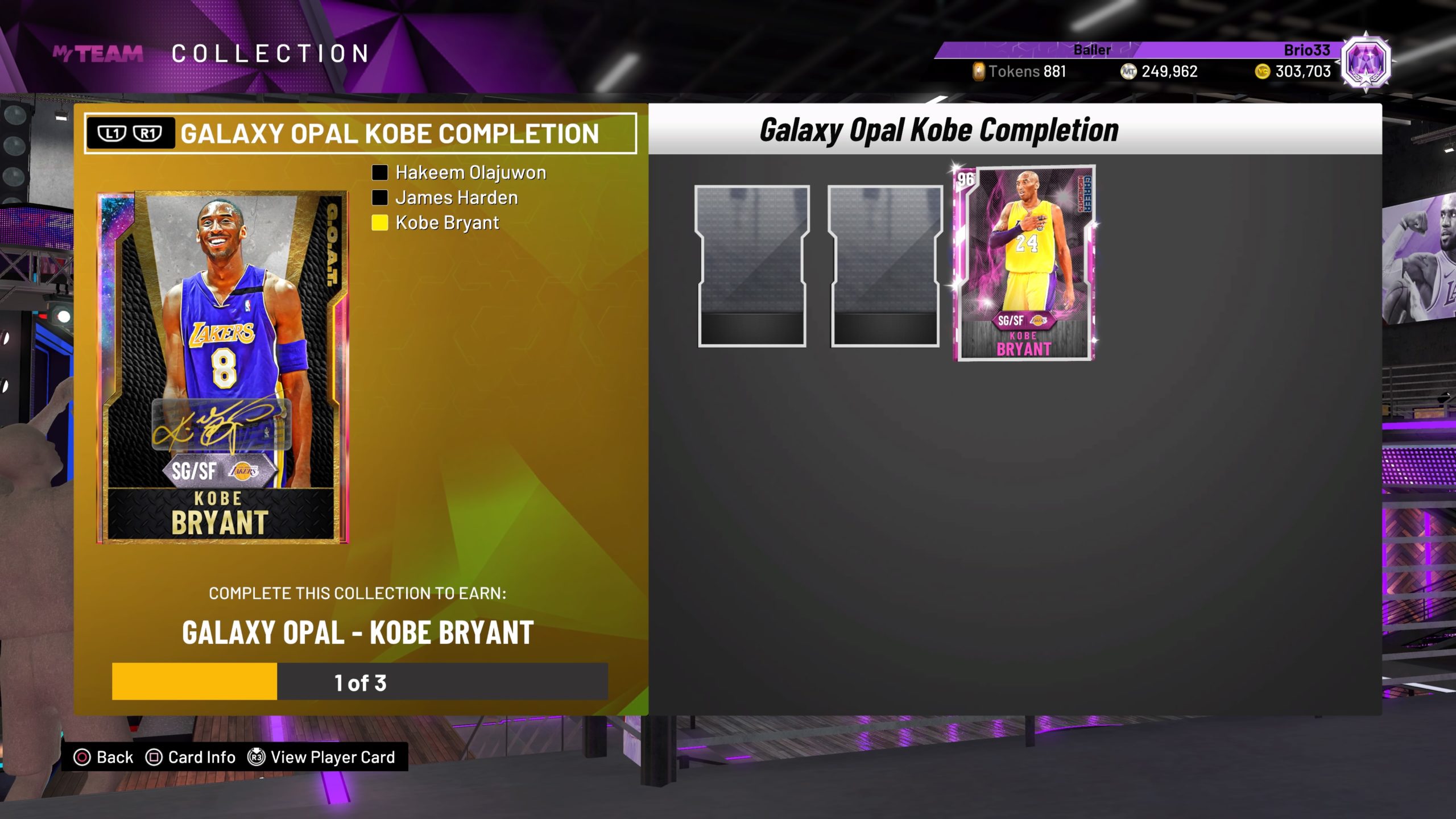 A card like this opal Kobe would easily cost over a million MT in auction, but I’m going to get it for free just by playing the game — a lot. What a concept! So yes, I’ve started the grind for Kobe (and Hakeem) and it’s completely changed how I approach the game. The card flipping and test drives I’ve been doing for fun have actual stakes now — to win these challenges against opal cards on Hall of Fame difficulty.

Seriously, some of these games have been really hard. If you let a team stay close, the AI evilness that governs on-the-court action will 99 percent of the time let the computer beat you on a crazy last second shot. It’s insane, but at the same time, has been a lot of fun.

Well, except for those couple of games against the Spurs where opal Parker and Duncan absolutely destroyed me. I shudder at the thought of playing against that same squad plus recently retired (and presumably no longer eligible) Manu Ginóbili. Yikes. Oh, and you can actually play against the opal Kobe too, which is quite the task.

But anyway, I’ve become obsessed with trying to figure out the best supporting cast to complement my new go-to-guy: 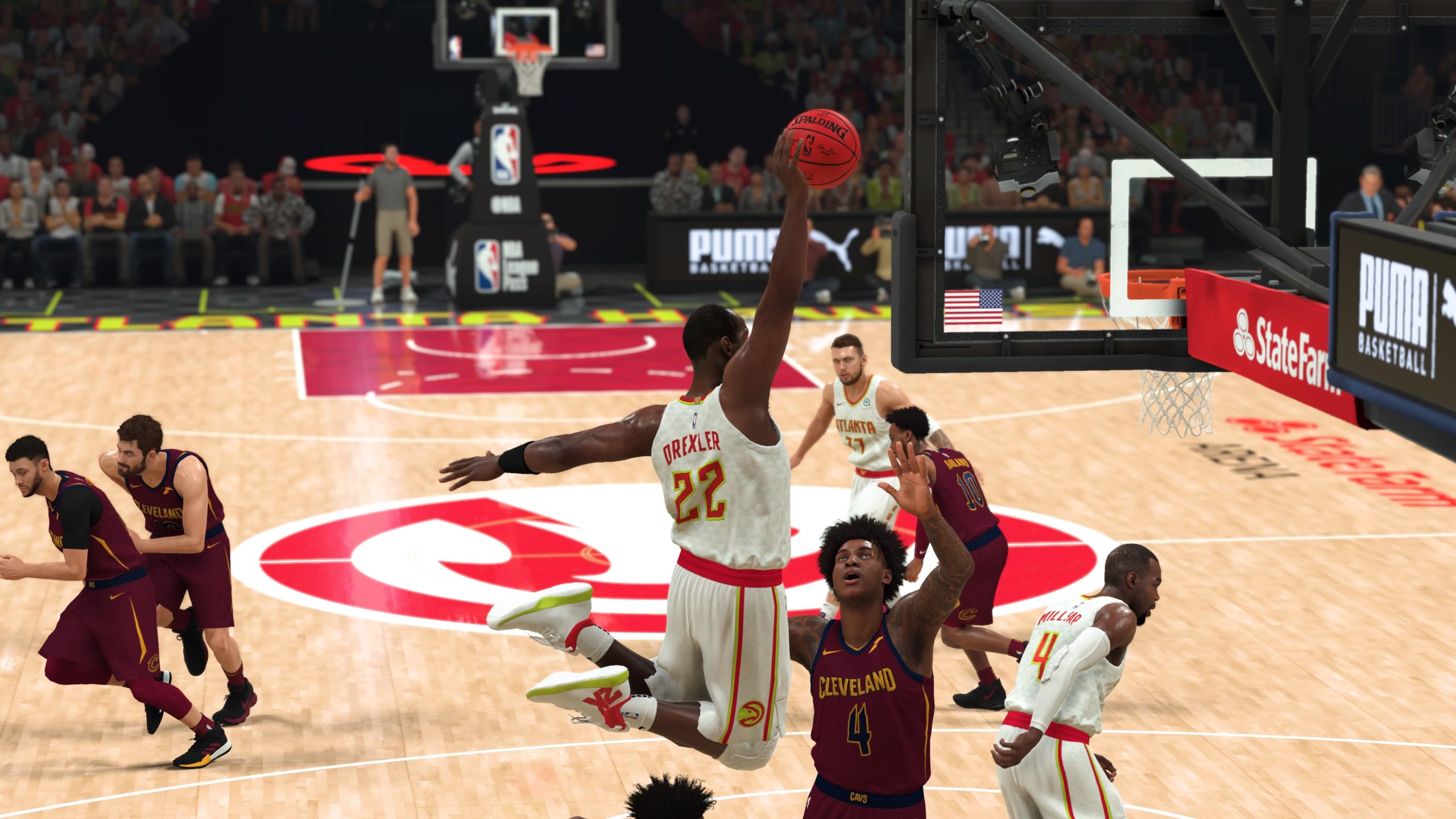 Yup, I sold opal Dirk and got myself Clyde Drexler (he was disrespectfully cheap).

I also picked up opal Draymond, and with those two cornerstones have been having way more success in the challenges. Which is satisfying. But as we are being reminded by The Last Dance documentary, role players can make or break a team. And ironically enough, in tough games I’ve been also relying on Dennis Rodman (his new pink diamond is also disrespectfully cheap) to get through tough games. Especially when paired with Draymond Green, those cards are an offense’s worst nightmare. 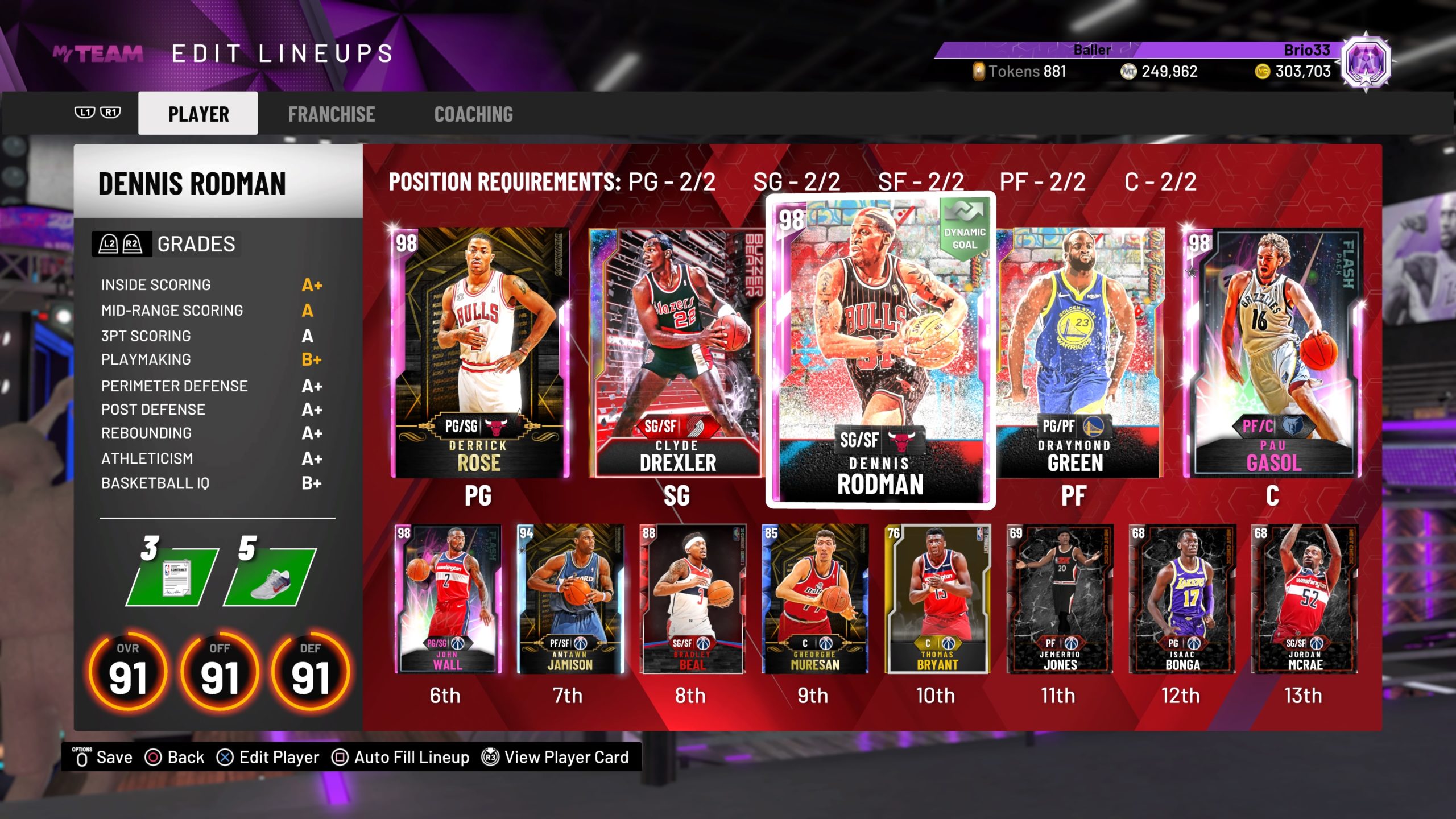 With each new series, I rotate in new reward cards that I’ve earned to see how they perform in the spotlight. Plus, more than ever, I find myself looking forward to new pack drops in case there are budget gems I can use. Here are a few new cards I’ve been really impressed with (in addition to Carmen Electra’s ex-husband):

If you’re looking for more insight into the numerous card options out there right now, I found this video from YouTuber DBG extremely valuable. He basically discusses and ranks every good pink diamond in the game right now, including the Spotlight Sim rewards. 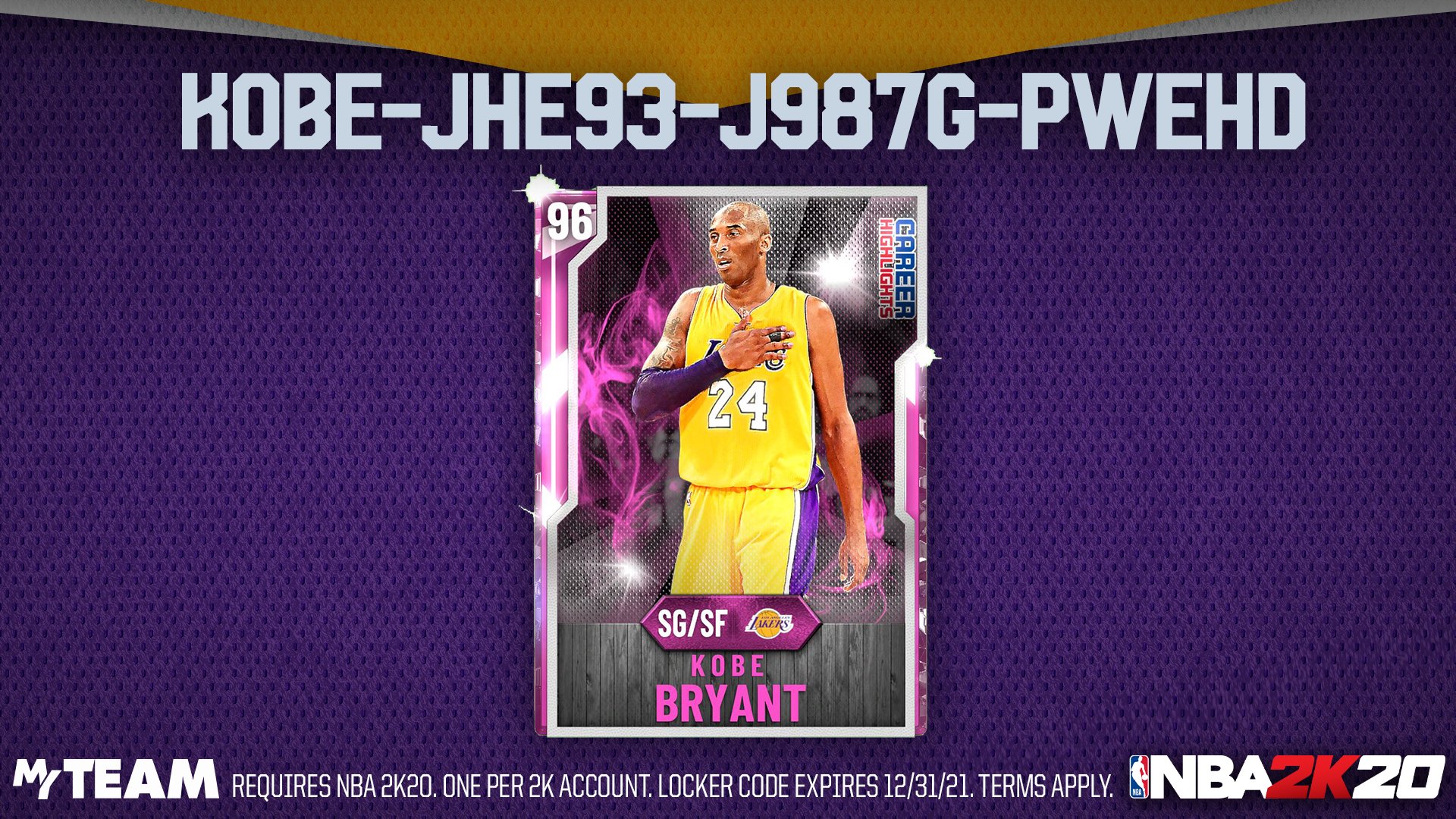 Okay, so it’s not all wine and roses in MyTeam. Yes there was that whole pink diamond Kobe card debacle, but I’m talking bigger picture here:

Why does the first opal LeBron in MyTeam not even play SF?

I’m okay with having a little fun with Spud Webb at center, or Rodman on the wing, but this kind of nonsense can’t be an entire set. And it can’t be the way the game is headed now, right? Doing the Glitched pack stuff (point guard Giannis, etc.) was taking this far enough, but if LeBron and an opal SF/PG Thon Maker with 40 HOF badges are the new normal, what’s going to happen in June?

This kind of pack release is also a slap-in-the-face to the whole “position lock” feature that 2K has been touting.

I definitely understand that in the modern NBA some players play multiple positions. So give me a LeBron that is a SF/PG, or a Draymond Green that is PF/C. That I can support. (Like the Magic Johnson reward amethyst that could play center.) But what’s next, a remixed Fan Favorites set with Bol Bol and Tacko Fall at the point? What a waste of a content drop.

I’m just trying to put together a (relatively) normal basketball team, and last Friday I was looking forward to seeing some (relatively) normal new cards. Where’s an opal for Paul George or Kawhi? Or how about any kind of upgrade for Gordon Hayward. The man has been sitting on a diamond since day 1 (so it’s barely got any badges), and last year he never got past a diamond either.

Now, obviously a large reason for these kind of shenanigans is so that 2K can make money. I get that. But if you have to go down that road, how about dropping another opal Kevin Durant who can play SG/SF with some upgraded badges? That could be fun. People would still spend their money, but then maybe the older KD opal would drop in price. However, since there still aren’t a lot of viable, elite wing options, KD’s opal is actually going up in price. On PS4 today it was pushing 600K! The T-Mac opal (which should have dropped because of the Triple Threat situation, more on that later) is actually climbing as well. 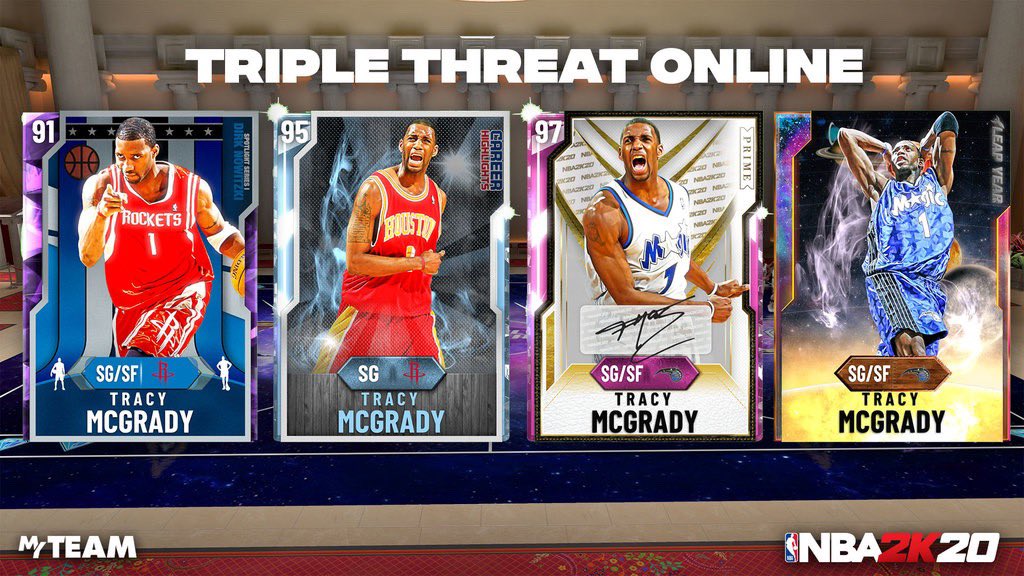 Okay, speaking of Triple Threat, while it’s insanely cool that 2K put all of the Tracy McGrady cards on the boards a couple of weekends ago, there are problems afoot.

First of all, this should be a much more consistent occurrence. It doesn’t have to be someone like T-Mac, but every weekend (or even every day right now) we should see good cards on TTO. And I don’t mean diamond Cliff Hagen (sorry Cliff), especially since the odds of actually seeing the cards are so low. Put some pink diamond Durants, or maybe even an opal Lonzo, or maybe if Tuesdays are when new Spotlight Sim cards are going to come out, all of the old ones should be on TTO boards? Come on, have fun with it 2K.

But with T-Mac, I played for a couple hours straight and never even saw the amethyst. And after perusing social media, that sounded fairly common.

This leads me to my second problem. The players who actually could use a pink diamond or opal Tracy McGrady would be hard pressed to win one because they’re stuck out there going up against the opal Bol Bols of the world. Having been in that situation myself, there’s not much I can do to combat terrible lag plus a 7-foot demigod who can green a snatch-back, limitless range 3. And the people who have Bol Bol, or Tacko or actually, scratch that, pretty much everyone just finds some decent shooters and literally does that same move over and over again. I guess that’s the only way to win online? (I know it’s not, because I’ve gone up against my fair share of post-hook cheesers too.)

Under normal circumstances, that kind of nonsense gets old. It only gets worse when there’s a chance at a legitimately awesome card like opal T-Mac, so I quickly get frustrated and give up. Sorry to be all “get off my lawn” about this, but it’s a huge problem with the game in my opinion. 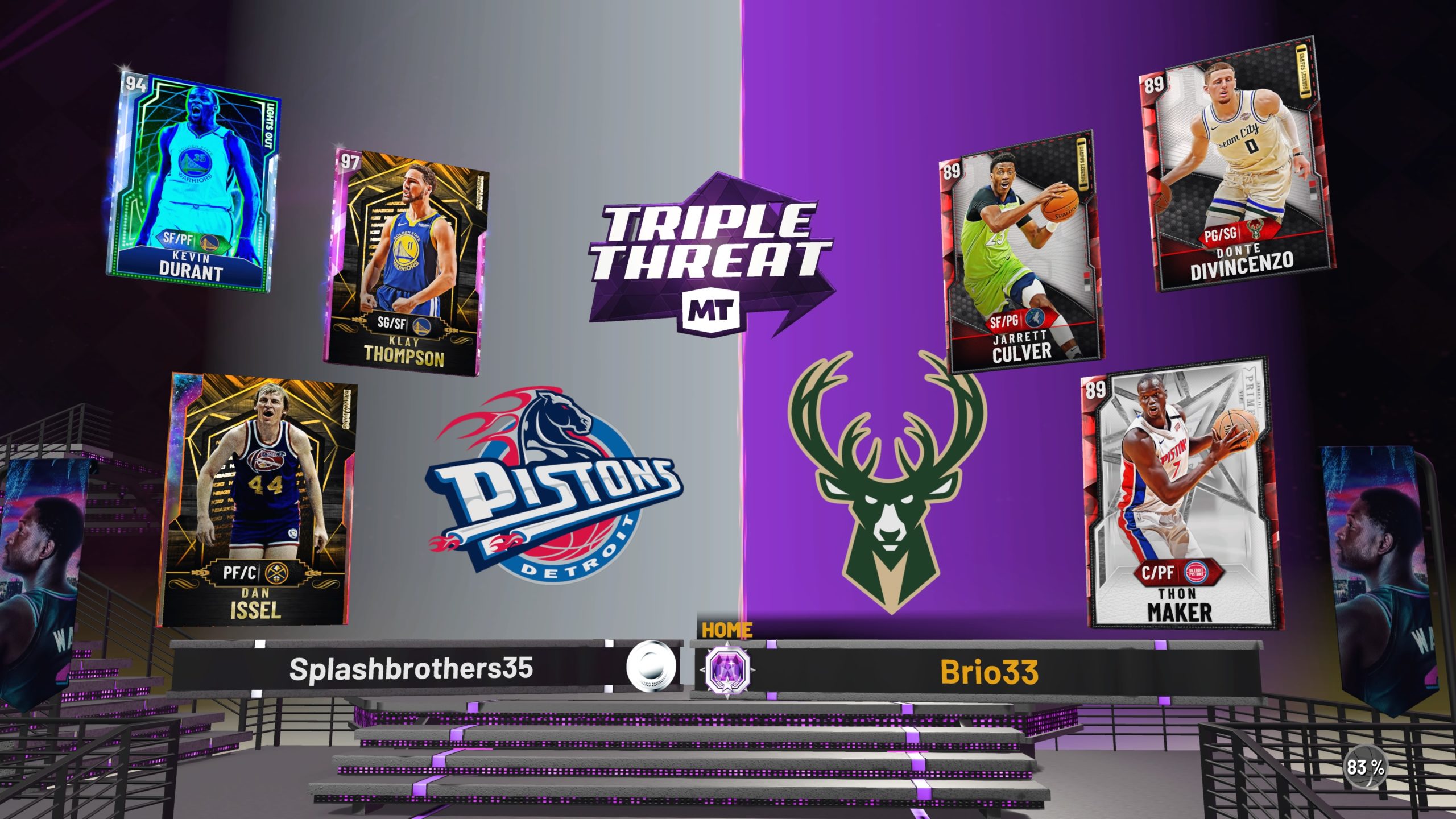 Now, is there a way to potentially solve this problem? Yes, absolutely. Better matchmaking for one, but by now there really should be different tiers of online game modes. I would love to see something like this:

Tier 1: Bronze through Emeralds only
Tier 2: Sapphires through Amethysts only
Tier 3: Diamonds and Pink Diamonds only
Tier 4: All Opals, All the Time
Tier 5: Use Whatever Cards You Want

Then different tiers can have a fair chance for the elite rewards, and there would be more strategy to picking lineups. Plus wouldn’t it be great if some older emeralds or rubies still had value? Yes, yes it would.

Of course a salary cap mode of some kind would be pretty helpful as well, but that’s a discussion for another day.

Hopefully with PS5 and Xbox Series X, these kind of options will be possible. Until then, I’ll get off my soapbox and get back to my Spotlight Sim grind. I’ve only got about 10 teams left to beat until I unlock The Beard. Then it’s onto the Historic games. And yes, I’m taking my time and just enjoying the ride. Maybe by the time I play the Jazz, a shiny new pink diamond Gordon Hayward will be out for me to try. And if it’s released in the same set as an opal PG/SG Gheorghe Mureșan, Gordo will be a cheap and easy pickup for sure.