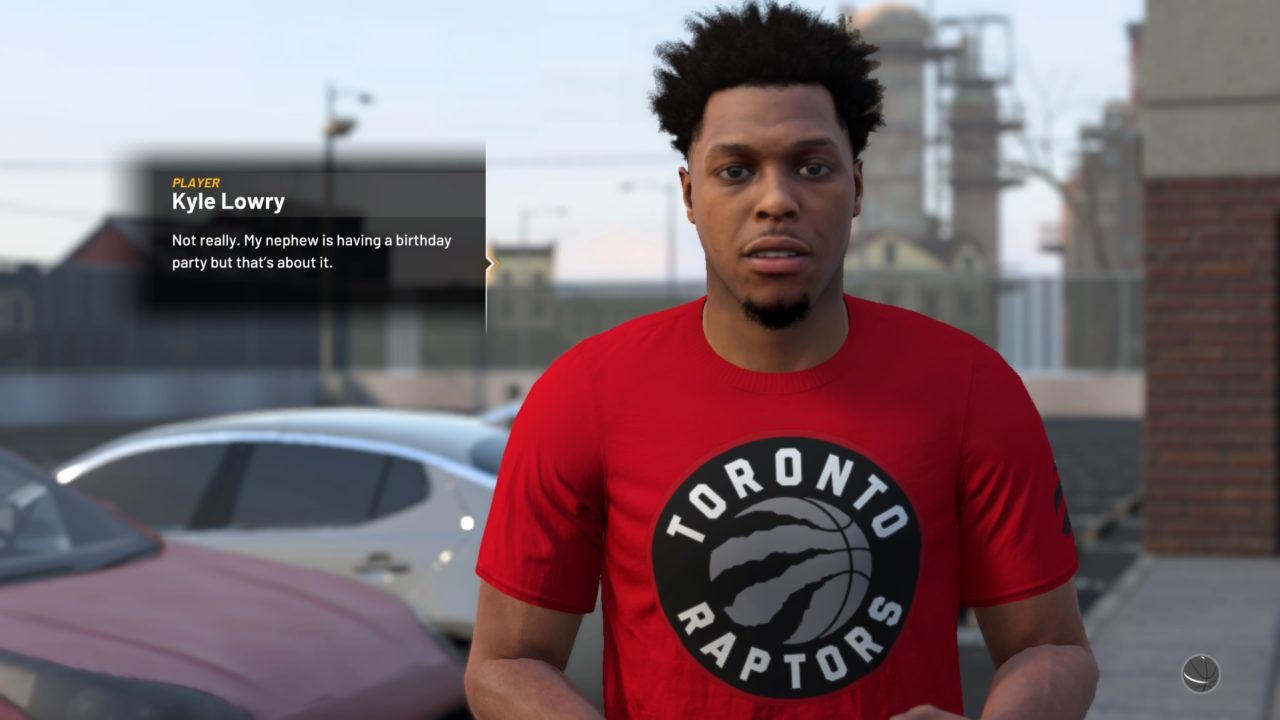 It’s not exactly any secret at this point that NBA 2K20’s launch has been, well, less than ideal. And that’s putting it mildly. A harsher appraisal would be to say that it’s been nothing short of disastrous. From progression glitches to premature patches, the MyCareer mode has been a flaming dumpster that developers have been scrambling to fix since the jump.

Beyond that, the game’s multiple franchise modes that include MyGM and MyLeague have largely been playable without the same sort of game-breaking problems (albeit, there’s still some brutal bugs in MyLeague that I’m sure some do consider “game breaking” but we’ll get to that in an article early next week). While MyLeague continues to be the franchise mode that all other console sports games are chasing, it also does show some stagnation this year in its lack of innovation. Meanwhile, MyGM has remade itself into something more challenging and competitive while stripping away customization in the process, but it’s so regularly bogged down by how silly and superficial some of its storylines are that it can become tiresome fairly quickly.

In my experience, MyGM has always been a bit of an odd sibling to 2K’s MyLeague mode, with its awkward attempts to graft something of a story along the lines of the MyCareer mode onto controlling a team through a season. Rather than simply letting the narratives naturally emerge from the ebbs and flows that define a team’s campaign based on its performance, injuries and acquisitions, MyGM instead tries to milk the daily challenges that come with running a franchise for whatever lackluster drama (and comedy) it can.

Your avatar in this process is a player you created yourself for MyCareer, presumably taking the reins as a young general manager following his playing career, though details on this significant transition are scant at best. Before you begin, you’ll be able to choose a difficulty level for the mode, which will change, among other things, how many seasons you’ll have to accumulate points that will place you against others on an online leaderboard. You’re also given a choice between a few separate personalities to have as your superior within the organization, who all have slightly different priorities and levels of intrusion.

The biggest wrinkle to the mode this year is being allotted a set number of Action Points each day, which forces you to make decisions as to what activities or interactions on which you’d like to spend those points. These can range from meeting with players or executives to actually playing your scheduled basketball games throughout the season. It’s a system that works a little better in theory than in practice. The strategy involved in selecting what and who to make a priority on any given day should ostensibly have a ripple effect that helps to determine your worth as a GM to the powers that be, and that’s somewhat apparent in how the morale and trust ratings will fluctuate as you deal with different individuals within the organization.

But all too often, the conversations you have with people are largely empty exercises in mildly amusing banter and don’t provide you with enough opportunity to influence how you’d like to approach the interaction. For every time you’re given several choices in how you’d like to handle one of these meetings that can seemingly have a tangible impact based on your preference, there are far too many chats with players where you debate the virtues of waffles vs. pancakes or provide them with free passes to a local amusement park that just annoyingly play out without giving you any say in the matter whatsoever. It would be nice to at least have a few options every once in a while as to what you want to say, even if just to provide more of an illusion of an actual back and forth in which you’re participating. 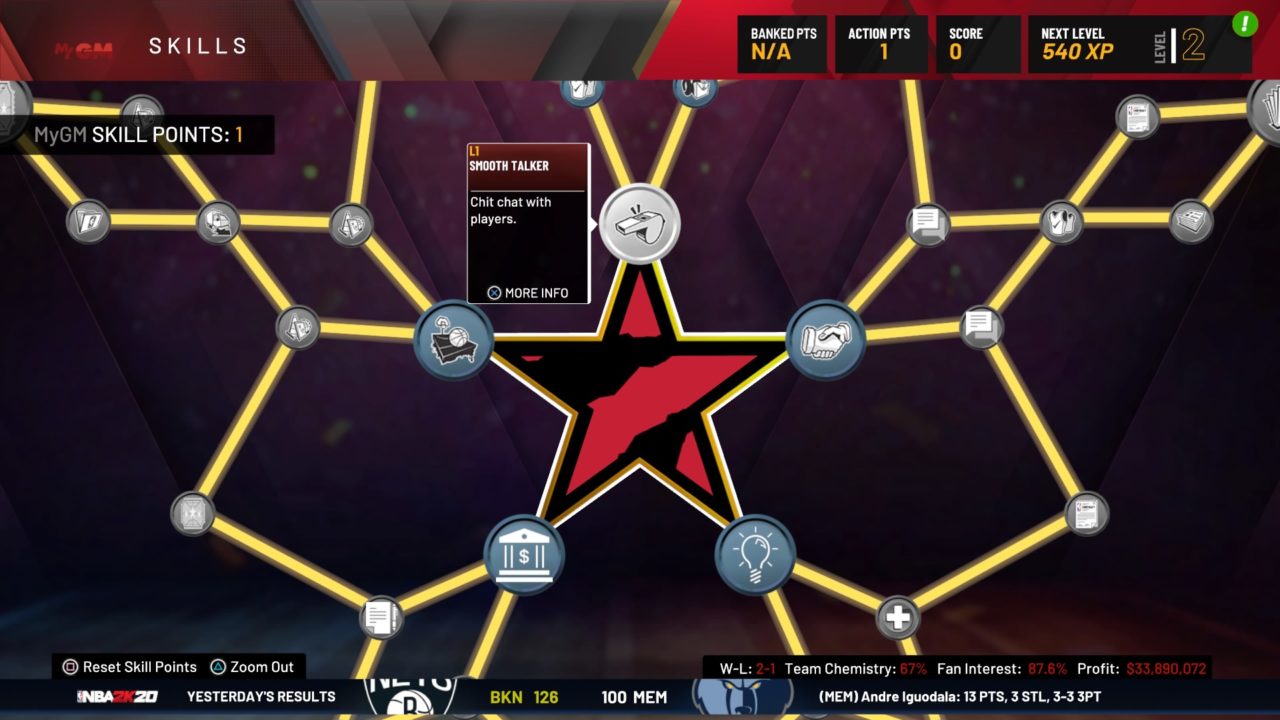 There are some admittedly nice customization touches as you progress through your season, such as a tree that allows you to add different skills to your GM repertoire as you ascend to different levels. These can see you improve in areas like your financial acumen or dealing with players, as if you were realistically learning on the job and growing in various areas that may have eluded you when you were just starting out.

It does seem less realistic though to have the ultimate goal for the mode to be to accumulate points based on your performance and compete against other GMs via the leaderboard. I’d expect that you’d find few real-life GMs crowing to their peers or fans about how many points they’ve accrued while at their job and instead more GMs that are concerned merely with keeping their job and, you know, winning championships. It turns what should be a mode focused on emulating what it’s like to be in an integral front-office role of a franchise into something where arcade (and online) components infringe on the immersion of running a basketball team.

It’s all a bit of a curious pivot for a mode that used to be about offering a casual, customizable and specifically single-player experience, and the sharp left turn into the online competitive realm is sure to be divisive among the community. If anyone is looking for the chance to see how they would stack up against other would-be GMs on a level playing field, then this year’s update will be a welcome addition. But for the people who want to make alterations to their team without having to worry about Action Points or those seeking something more akin to the looser MyLeague-with-interactions MyGM mode of the past, there’s bound to be some disappointment. At the end of the day, the mode stripped away the near limitless customization here for offline players looking for a way to create something unique and turned it into more of an arcade-like mode with an online component. This change has not pleased some users at Operation Sports. 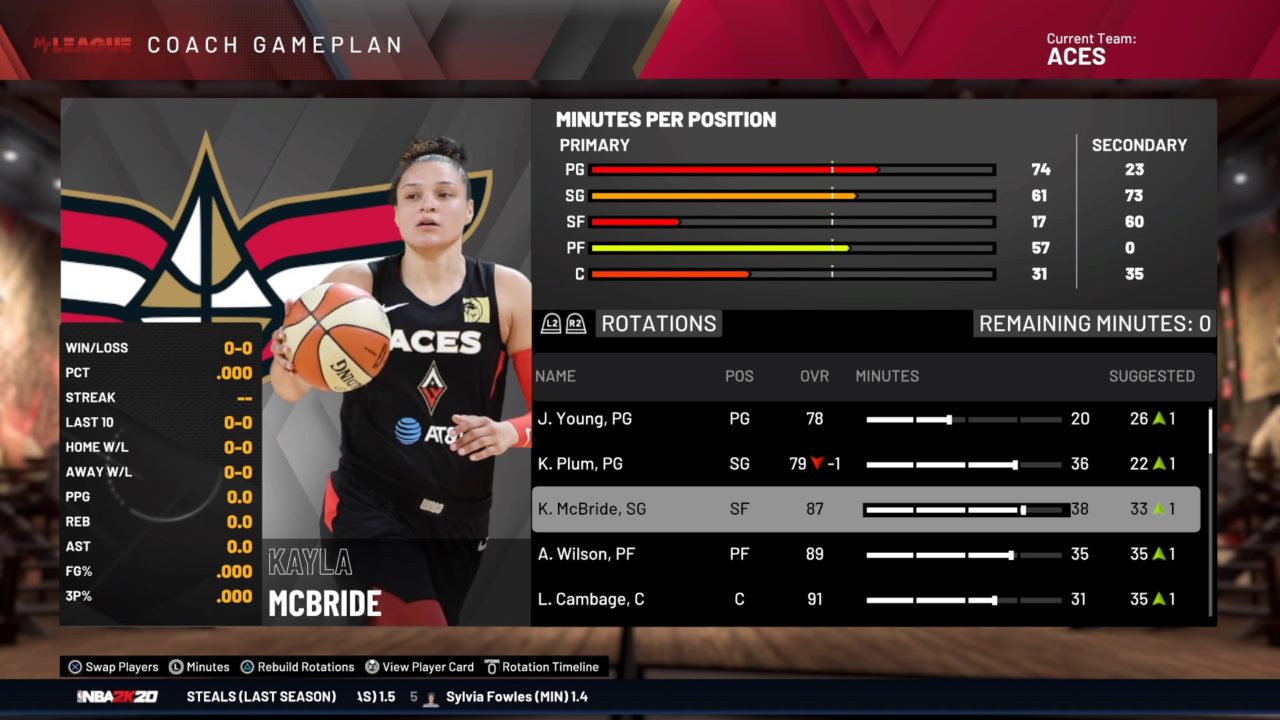 The more things change with the MyGM mode, the more they stay the same within the venerable MyLeague mode. Clearly operating largely from an “if-it-ain’t-broke-don’t-fix-it” mindset, there aren’t a lot of new features to be found this year in NBA 2K20, and yet it still manages to remain the standout franchise mode among all sports games, complete with the most overwhelming number of options when trying to build a team and steer it towards a dynasty. (Now, again, there are some issues here that we’ll be getting to in another article, but for now, let me just touch on what’s here.)

There have been a few small but mildly significant changes to MyLeague, including one that smartly attempts to account for the kind of frenzied offseason we just saw in the NBA. While it may never be quite possible to truly replicate the possibility of two players deciding they’d like to play together somewhere, the mode has tried to at least build in some of the myriad factors that can influence where a star player may want to land in free agency. With new badges like Media Ringmaster, Warm Weather Fan and Finance Savvy, there will now be players that look to play either in big markets, typically sunny places and cities where they can maximize their salaries, respectively. It seems like now they just need to maybe add a Collusion badge or something similar for those max-contract superstars who like to team up with other superstars and the offseason will be even more realistic.

Even something seemingly inconsequential as adding the ability to force a win for a certain team in a simulation is a low-key smart addition, allowing people to craft their own storylines for seasons and create certain playoff matchups they might want to see. Similarly, there’s been an attempt to revamp how the NBA might look in 20 years by tweaking the progression of auto-generated players so there’s a better balance of superstars and role players if you’re someone like me who enjoys playing with fictional players for whom you can fashion your own elaborate backstories using your imagination.

It’s worth mentioning that MyLeague Online, which along with Madden’s online franchise mode is one of the last of its kind still being offered by sports games, at least seems to have better stability than last year’s mode. There have been some small hitches experienced by people online, including some difficulty in getting people added to their online leagues, but there are sufficient solutions to this problem to make it more of a minor issue than the kinds of offseason corruption glitches people were having with MyLeague Online in NBA 2K19. That being said, we’ll still keep watching this because we know lots of leagues are still just forming and getting off the ground.

Another addition that can’t go without some praise thanks to the addition of the WNBA in NBA 2K20 is the ability to now play a season in the WNBA. While it may not have the same robust number of options as something like MyLeague just yet (you can only play one season, for instance), it’s at least perhaps the first tentative steps in that direction, assuming that people respond to the mode and developers remain committed to seeing it blossom.