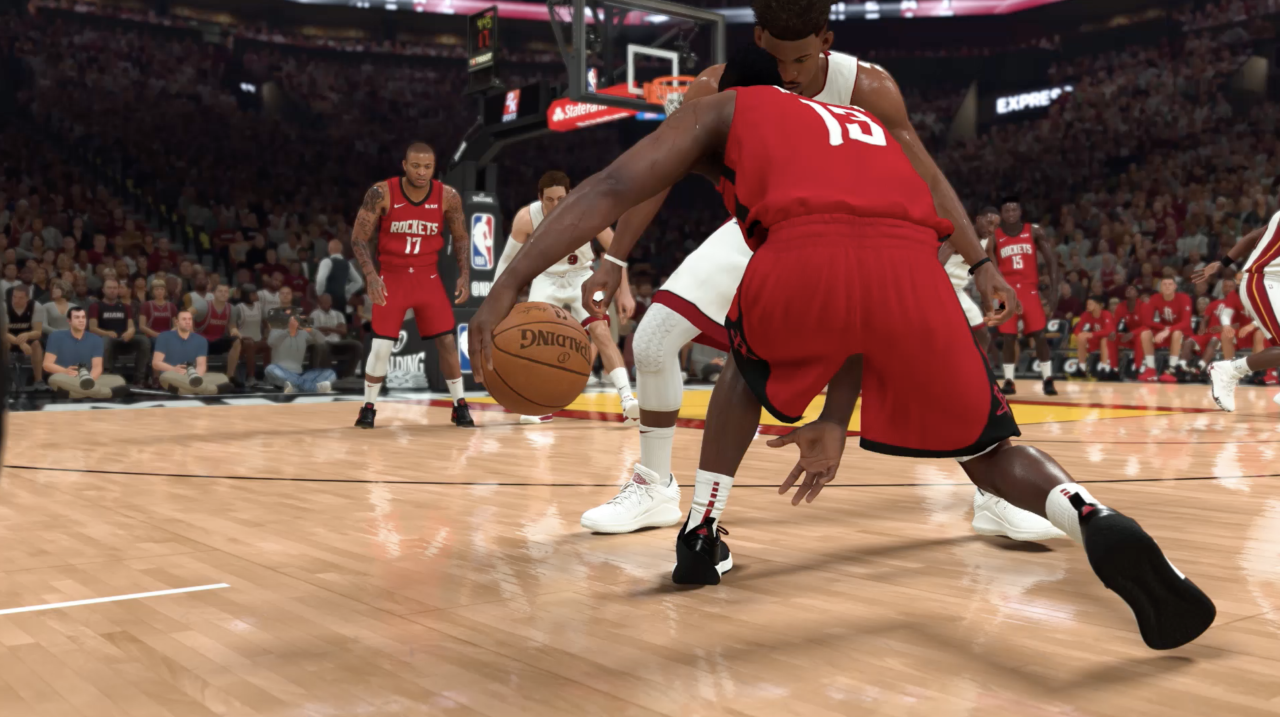 By now, basketball gamers have been dribbling, shooting and passing their way through NBA 2K20 for a couple of days. With every iteration of the game, the developers at 2K look to refine and enhance the gameplay to more closely represent the game of basketball. In this regard, NBA 2K20 hits the mark. While some legacy issues persist, the gameplay has made large strides towards simulating basketball more realistically than ever. After having a few days to really dive in, here are my thoughts on the gameplay in NBA 2K20.

Dribbling in NBA 2K20 is different. A lot of the twitchy dribble combos made famous by the isolation community are gone for now. That’s not to say that the community won’t inevitably find a way to break the system, but it’s clear that the devs put in a lot of time and hard work to improve dribbling from a fundamental standpoint. Dribbling takes more stamina to pull off combos this year and the moves are much more contextually based.

The system is as deep as ever with behind the backs, crossovers and Shammgods all present. Most of the advanced moves are pulled off by using a combination of the right stick and the sprint button but there are also dribble moves that trigger just from using the left stick to move your player. The dribbling system intuitively allows the player to dribble however they want while avoiding some of the more wonky looking combos from NBA 2K19. Stamina hits are perhaps a bit high, and it’s weird that NBA players get so tired from dribbling if you think about it from a “sim” perspective, but it makes sense from a balance perspective.

Dribbling has also never been more varied. The 2K devs added different dribbling styles to help separate how different types of players dribble. A player like Chris Paul has a very fundamental dribbling style with limited wasted movement while a flashy guard like Kyrie Irving goes for maximum style and flourishing to break his opponent’s ankles. There is a total of 23 unique dribble styles with each having its own animations and moves. 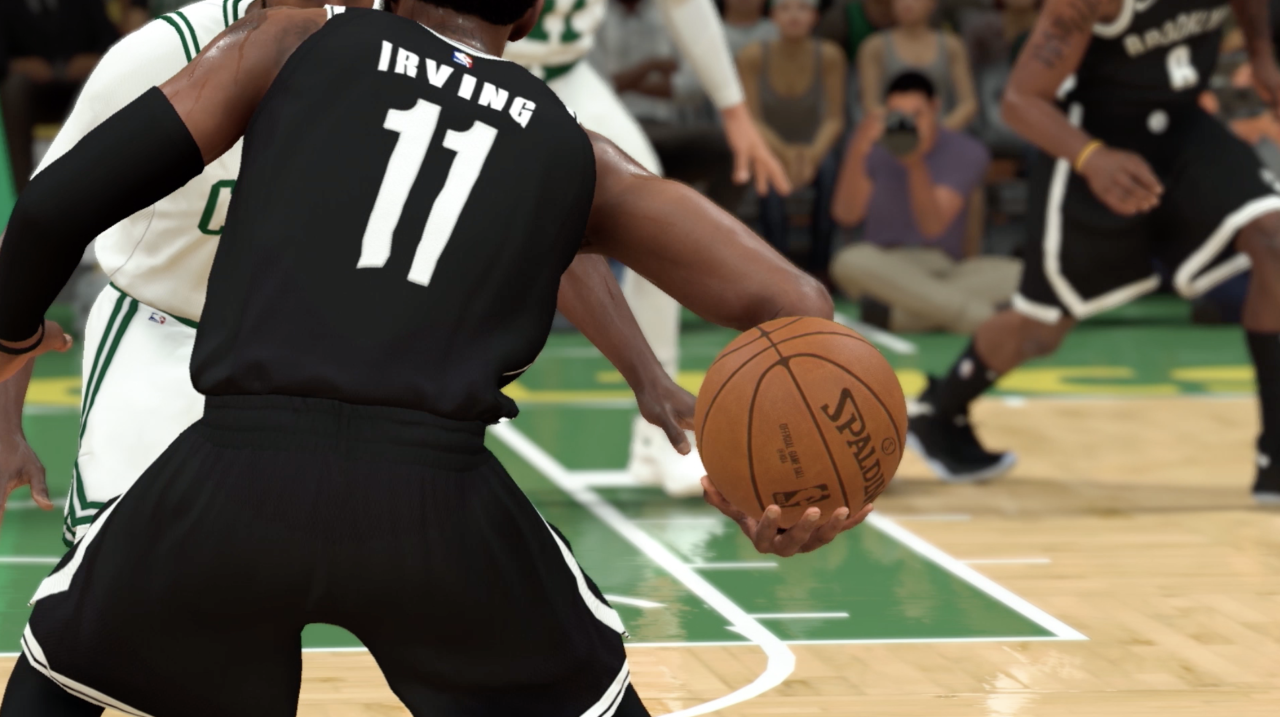 Player movement has been overhauled and ties into the dribbling system. For the most part, players are no longer on skates (though, yes, there still is some skating), and you can see the footwork and planting. There are stutter steps, cuts and blow-by animations that look much better than last year’s effort. Off-ball cuts have been added to the game and the interaction between the offensive player and the defense is outstanding. For the most part, the system works and looks good but there are some ugly legacy issues that crop up. Some animations will suck players together unnaturally and cause some skating. Boundaries have an invisible wall at times and not at others, which causes inopportune out of bounds plays.

There are also weird instances of a player turning his back to the opponent on defense where he shouldn’t. It’s solved by holding the L2/LT button down to play tight defense but it’s still an eyesore when it happens to the AI. Overall, the issues that undoubtedly come with using the same engine for so long do not diminish the strides that NBA 2K20 makes to the player movement, and even with the small issues, footwork is more precise than ever.

Dribbling isn’t the only thing that is different in NBA 2K20. Shooting has seen a massive change in the form of the quick draw badge. In an effort to tamp down the overpowered stretch four from NBA 2K19, the devs have done away with being able to choose your own jump shot speed by tying it to quick draw. While it is an honest effort to balance out builds in MyCareer, the effects leak across all game modes. The difference between having quick draw on gold or hall of fame and not having it is massive. Without the badge, jump shots are extremely slow.

Whereas 2K19 jumpers were measured in milliseconds, some jumpers this year can take over a full second to get off leading to the defense being able to close out quickly. This leads to more misses due to contested shots, and on the higher difficulty levels slow shooting makes it nearly impossible to get a clean look off against the CPU. Faster shooters, like Steph Curry, will fare better than the slower shooters but even his lightning-fast release seems a touch slower this year. 2K has also seemingly nerfed the effect of contested shots to try and make up for the slower jump shots. 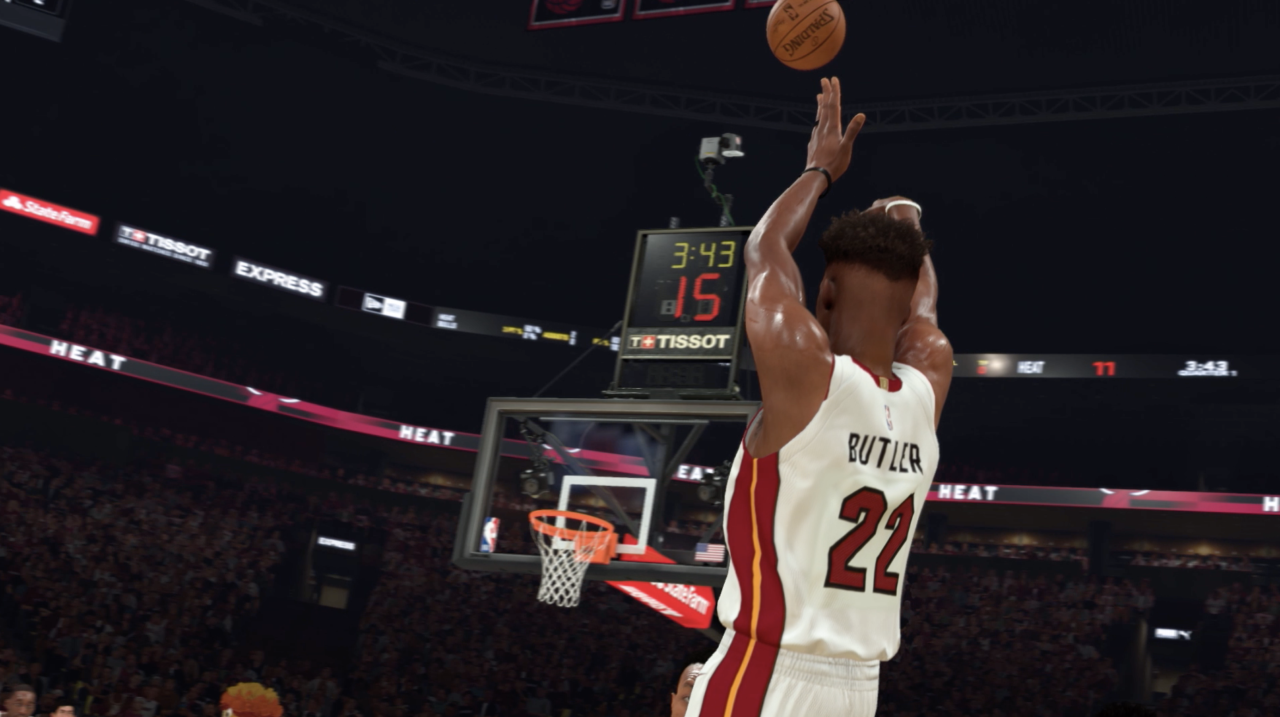 Another issue with shooting comes from down in the paint. While NBA 2K20 has shown love to slashers by upping the badges and animations to allow for above the rim play to excel, there are still way too many missed layups. Even the context of these missed layups is weird as a slashing guard can miss a lightly contested driving layup one minute, only to have a big with a similar layup rating make a smothered attempt the next. Also back this year are the instances of missed layup-offensive rebound-missed layup loops that seemed to occur all too often in 2K19. It’s nothing that a patch wouldn’t fix but it’s still disappointing to see.

Post play is more satisfying than ever and is spot on in NBA 2K20. Post moves make sense and the animations are all really well done. Each interaction carries weight and it feels as if the two players are really struggling to establish position. Post hooks are well done as are hop shots and spin moves, but it’s the post fade that is the star. The addition of the deep fades badge means that the post fade will be a strong go-to move for all types of players.

There are no two ways around it: passing is the worst part of NBA 2K20’s gameplay. As someone who loves to play as a playmaking build, it pains me to see all of the issues that drag down the way passes function. Collision detection is extremely spotty and the ball will often clip through a player in one instance while being intercepted psychically from two feet away in others. That’s right, psychic passing lane steals are still in the game. They are tied to an interceptor badge but enough players in the game have it that it will be seen often. Bounce passes are completely broken and will pass straight through bodies to get to the target in many cases. Rarely are these bounce passes kicked or deflected like they should be.

Alley-oops are still difficult to pull off and are inconsistent. Most of the time the player you pass to will simply not catch the lob and it will result in a turnover. Other times, it seems like the ball magnetically tracks the player you pass to even if the ball is on a line drive. It’s an ugly animation and kills some of the immersion of the game. The developers talked about adding a contextual pass into the post but that has been implemented in a very half-baked way. Far too often the trajectory of the ball is too flat and can lead to turnovers if the defender is fronting the post player. 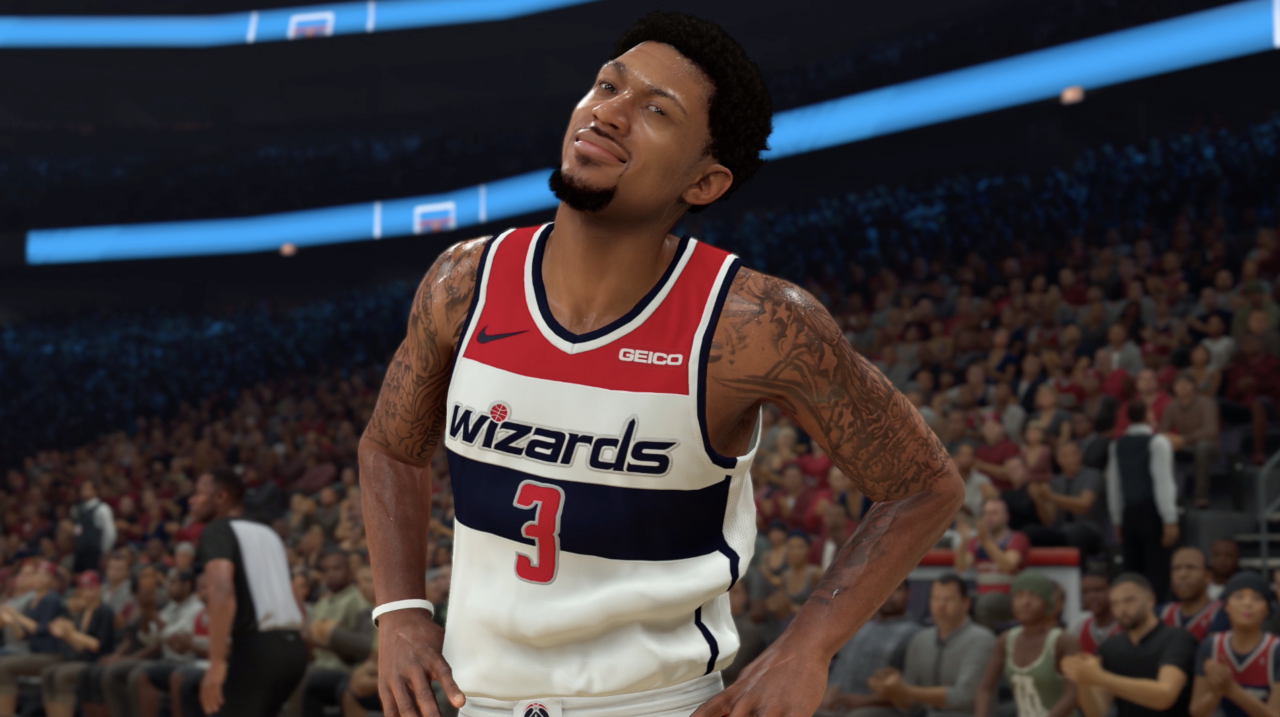 Another area of frustration with passing is on the fast break and on cuts. Jump stop animations and instances of halting player momentum on fast breaks happens far too often, as do passes that just sail out of bounds off a defensive rebound. Even when hitting a man in stride, the player will turn their body to get the pass, which often leads to a complete loss of momentum allowing defenders to catch up. On cuts, lead passing isn’t as good as it should be and there are animations where both the pass recipient and their defender will stop in their tracks, which is a dead giveaway that an interception is going to occur.

Rebounding also remains a weak area in NBA 2K20. While the ball often bounces in a fairly realistic way, there are still instances where a three-point shot will rattle around the rim before the game decides to just have the ball lazily fall off one side of the hoop. Guards will also find that the ball will often hit the ground despite the player being in the right position to grab the board. Putback shots are pretty much automatic baskets and there are too many rebounds that end in a bobble.

Lastly, getting the ball stripped immediately following a defensive rebound is also still present this year. It’s unclear whether there was insufficient time to touch up these aspects of the game due to the new dribble styles, or any other number of improvements 2K has made to the game, but it’s clear that passing and rebounding are problem areas.

Be prepared to get burned a lot on defense unless you are a lockdown defender. The AI offense has been bumped up and will make you pay for gambling too often. Steal attempts have a large recovery window, as do blocked shot attempts, so timing and situations for each are critical. New indicators help the defense out with a new directional indicator tipping off the defender which way the ball handler’s momentum is taking him and a circle underneath the dribbler shows when the ball may be vulnerable. There are more badges than ever to try and differentiate the best defenders from the likes of James Harden and it shows. 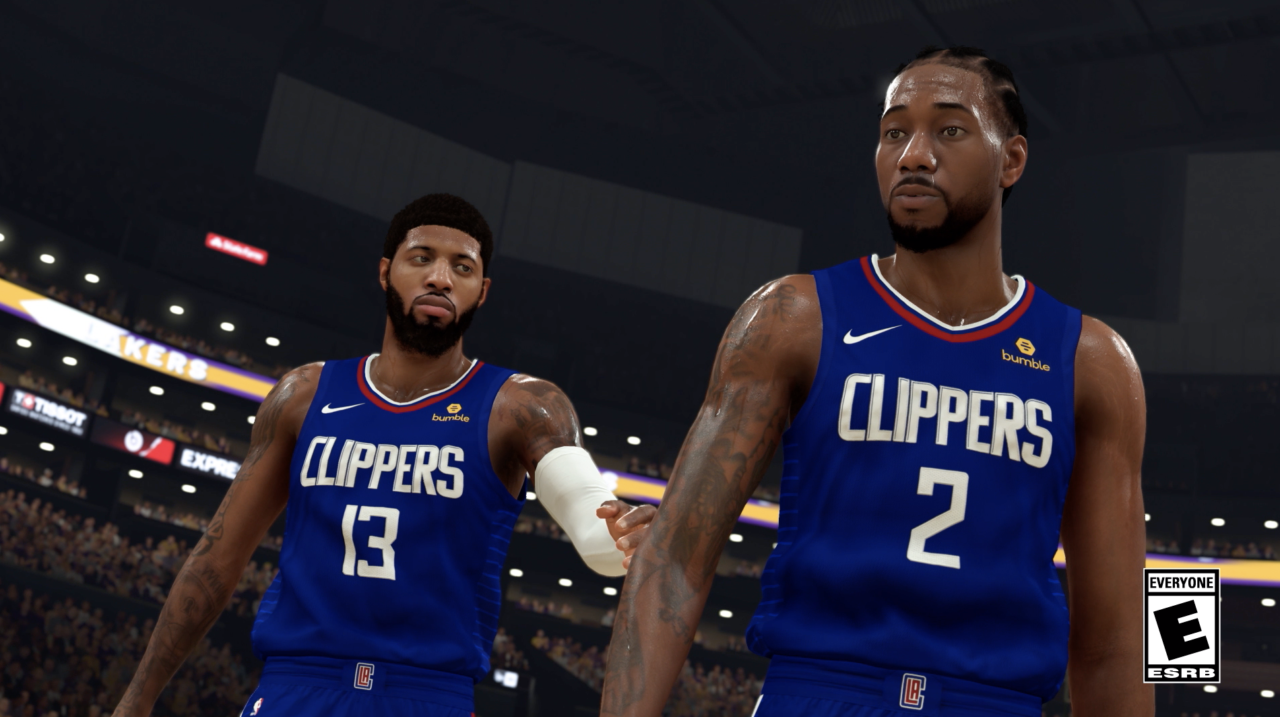 Off-ball cuts and screens make the process more difficult. It feels as if NBA 2K20 is geared towards offense but that doesn’t mean that there aren’t some good things going for defenders. Block animations are fantastic, and it is a chore for smaller players to get one in on the big men in the paint. There are also new poke steal animations that lead to easy fast break buckets, though sometimes the animation leads to two players getting tangled up. It’ll take extra skill to be a good defender, but the results are well worth it.

Thoughts At This Point

Make no mistake, NBA 2K20 plays a great game of basketball. While the direction of this year’s game may split the community, there was clearly effort made to make the game more realistic than ever. Passing and rebounding are unloved and messy with slow shooting potentially being an issue, but NBA 2K20 is a big win for basketball simulations overall. It remains to be seen how patches will change the game and if the community finds something that completely ruins the balance of the game, but as it stands, NBA 2K20 is fluid, fun and different. In this case, different is a good thing.