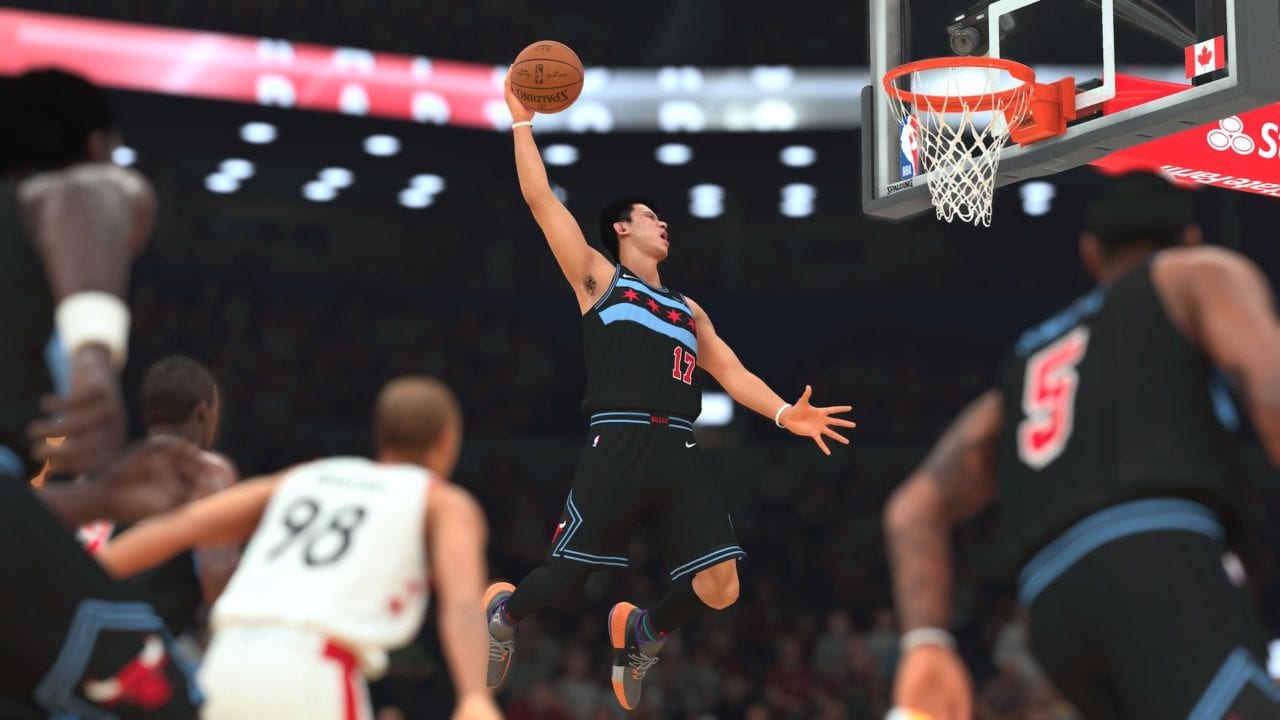 We’re in the endgame now. 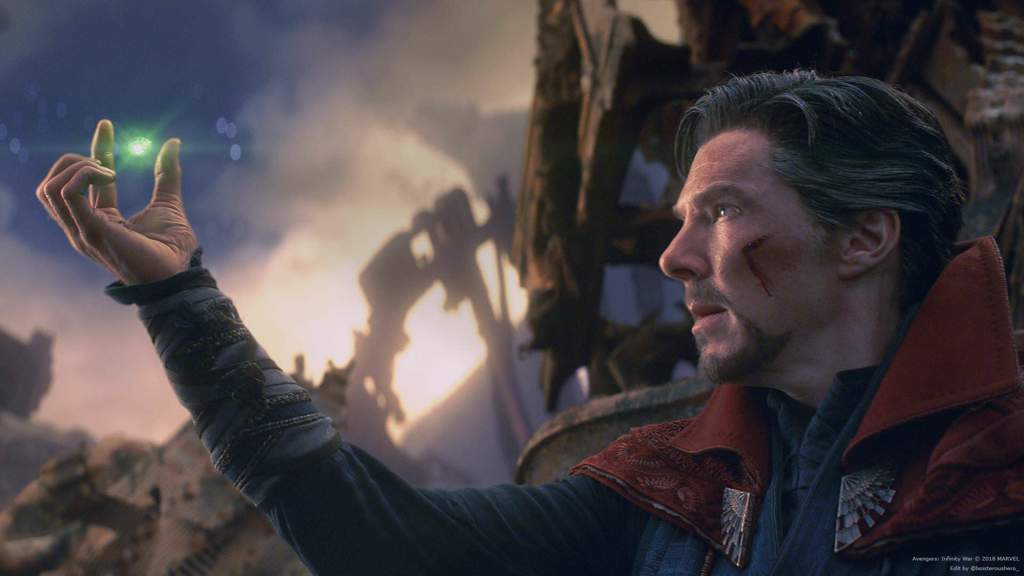 Dr. Strange said this in last year’s Avengers: Infinity War, but it applies to NBA 2K19‘s MyTeam as well.

The playoffs have begun, and new content is dropping daily. Pink diamonds like Alonzo Mourning (rated 98, with 14 Hall of Fame badges) and Pascal Siakam (rated 96 with 10 HOF badges) lead the way in new Playoff Moments and Throwback Playoff Moments packs. And as these new overpowered cards are being released, prices are dropping across the board. 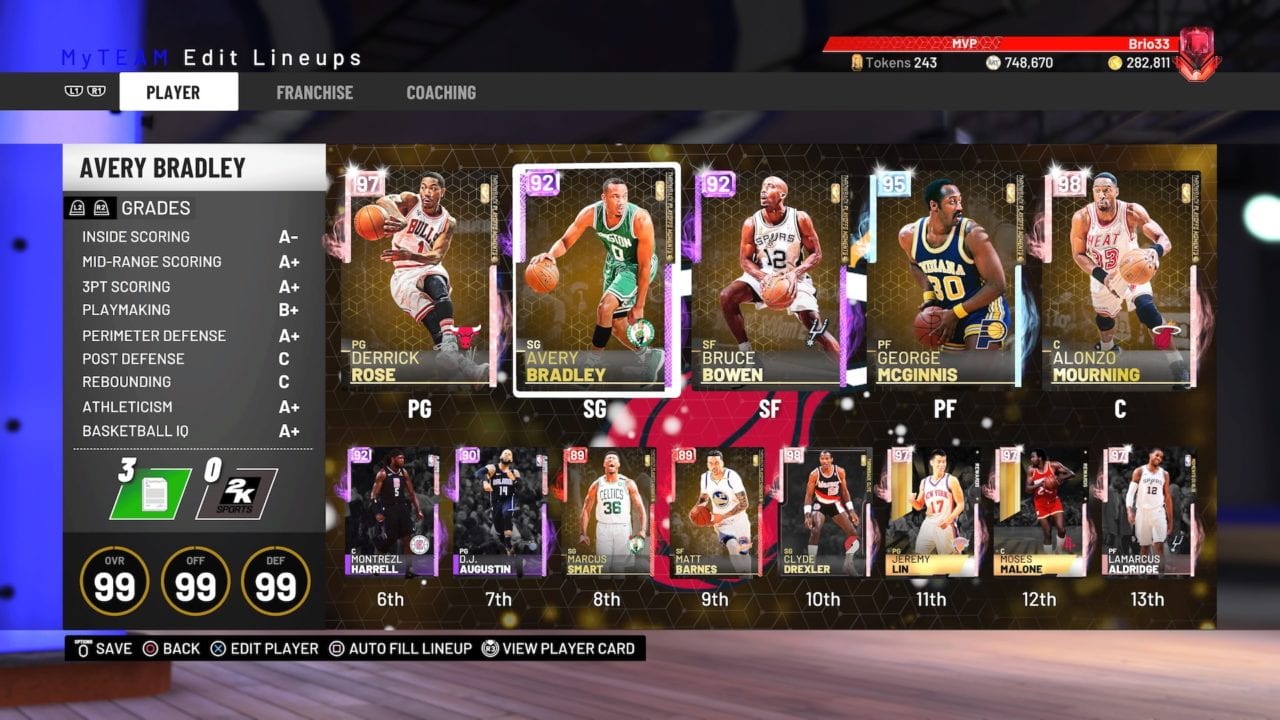 Per usual, my main goal is still to flip these cards for a profit, but it’s also been great having the opportunity to try out high-powered cards on the cheap that I wouldn’t normally get to try. The PD Alonzo Mourning, for example, was 30K, and that wasn’t even a snipe. And for those of you trying to raise your card count (for galaxy opal Giannis), now is the time to feast on the auction house.

If only I could get the last few silver Nuggets players that I’m missing to complete the collection. They’re still 7K-plus a piece, and I’m just going to wait it out a little longer.

Another thing that I find odd is that Heat Check packs have been removed from the pack market. I was slowly but surely trying to fill out those collections, as each finished team meant 25 tokens. Now, unfortunately, those prices have skyrocketed, so I guess maybe my best option is to sell high and hope I can acquire tokens elsewhere. Because in case you were unaware, they added new Token Rewards like a galaxy opal Allen Iverson and a pink diamond Jo Jo White.

Jo Jo’s diamond was a domination reward last year, so I’m really excited to try out his sick looking new PD. I’d rather have that than certain other PD point guards who have been released recently… 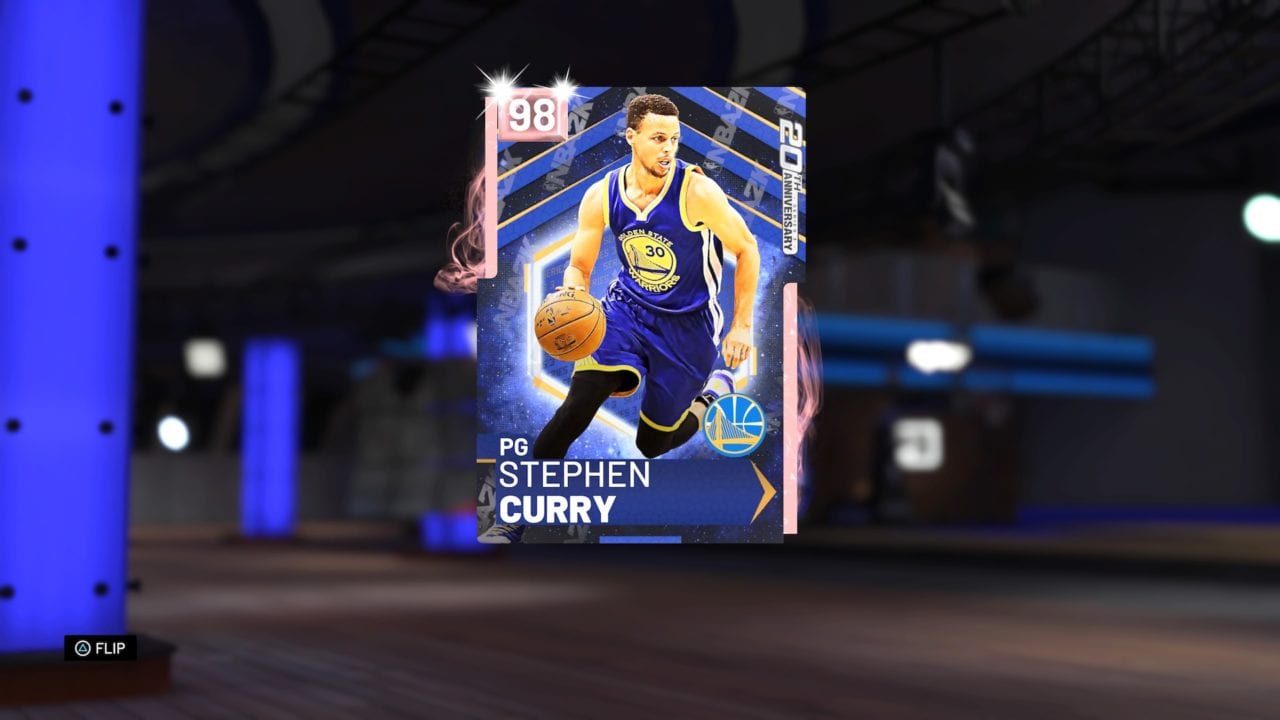 We’re also in Series 3 of the 20th Anniversary drops. Steph is the only one available as of the day I’m writing this, but I have to imagine another will be here soon.

There’s still five more Anniversary players to go, and if they follow the pattern of releasing one ever other week, the last card won’t drop until late June. By then we’ll have access to all the award winners, which surely will be galaxy opals, so who at that point will care about a pink diamond 20th Anniversary Harden when there will probably be two galaxy opal Hardens out there already (because obviously he’ll be MVP and Finals MVP, duh). 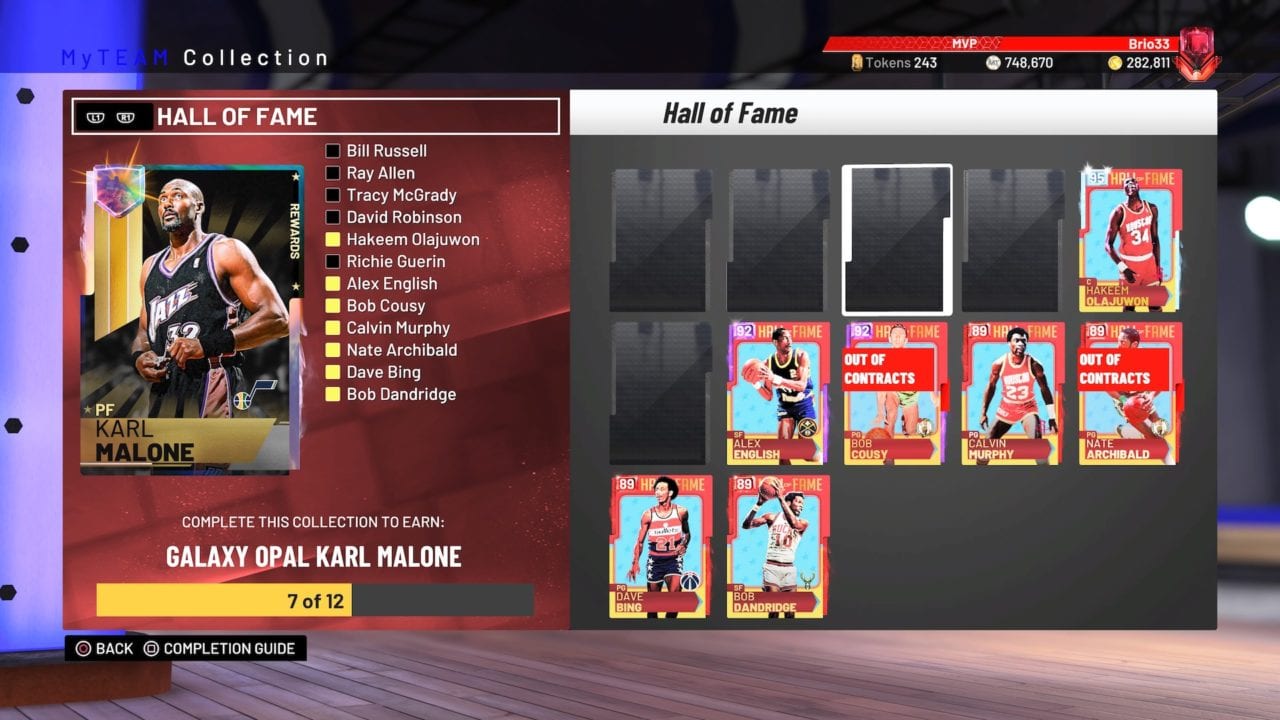 Speaking of galaxy opals, I am still surprised we don’t have any yet that are available in packs. The closest option thus far is Karl Malone, who is the reward for completing the Hall of Fame premium collection.

Though to do that now, you’re ponying up a ton of MT to get the Tracy McGrady card pictured below. Probably not worth it… 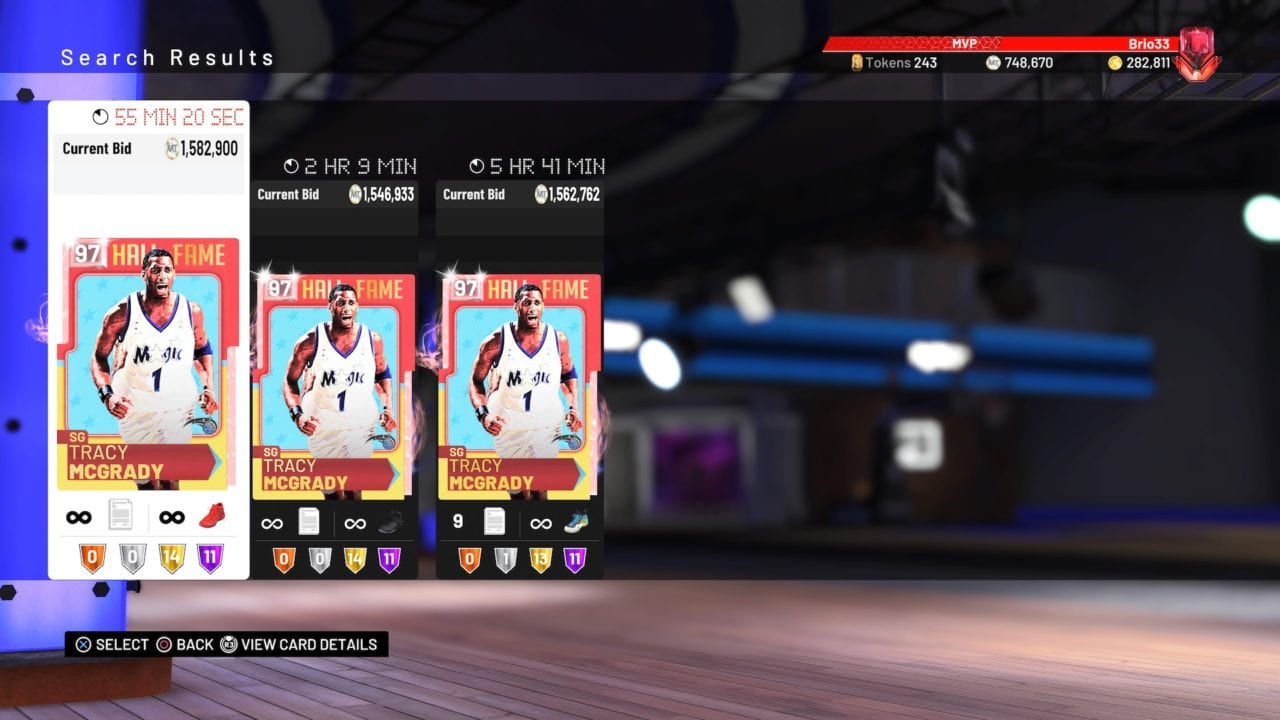 Beyond T-Mac, there are some great (cheap) cards in the collection. Diamond Hakeem with his four (mostly post-centric) HOF badges is great, and amethyst Bob Cousy is a great point guard option for the budget ballers. He, even as an amethyst, has four HOF badges too, including Dimer. I’m pretty sure I picked him up for 1,000 MT.

But I’m grateful that there aren’t available galaxy opals in packs, actually. It makes having one more special, and gives me something to look forward to and keep playing for each day. What about you, what are you still grinding for in MyTeam?