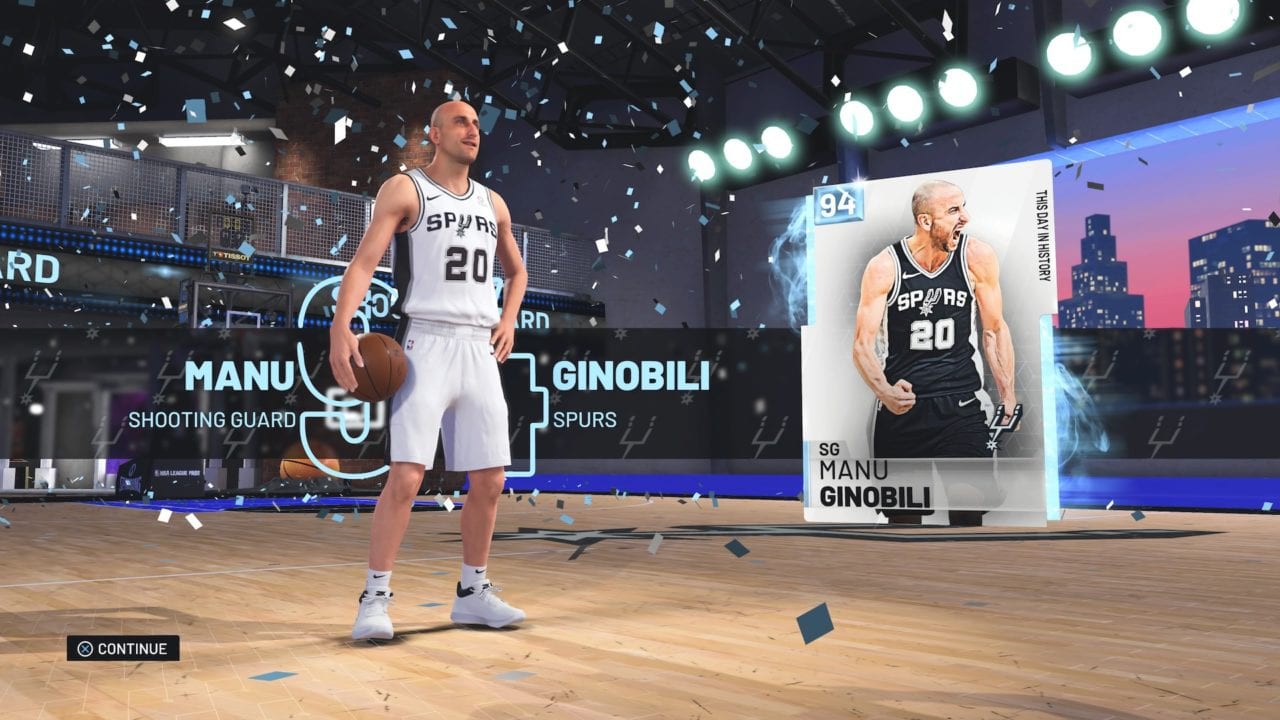 The last two weeks were ruled by Vinsanity and The Durantula, but, I’d rather start off by hailing Manu.

Finally, we got a moments challenge with a decent reward. And yes, I’d call a diamond at this point merely decent (though certainly better than nothing). For the sake of comparison, let’s rewind the clock and reminisce about MyTeam this time last year… 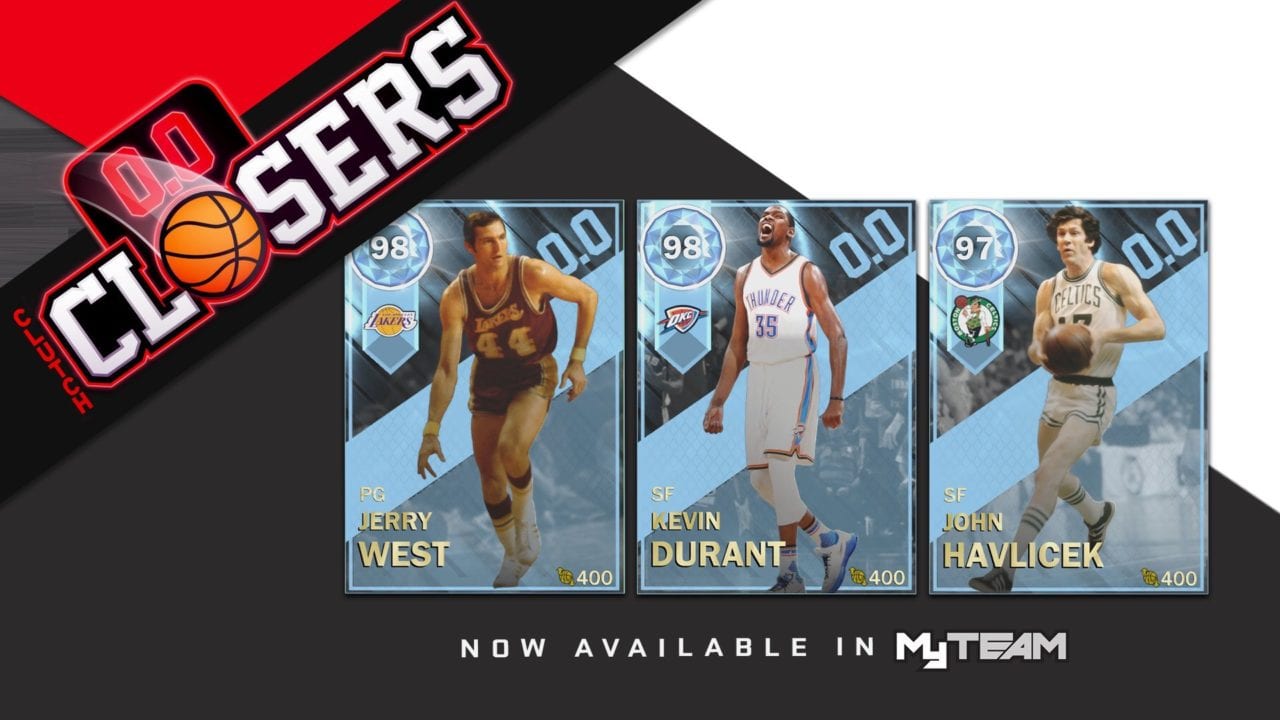 The premium packs that dropped were called “Clutch Closers” and featured a 98-rated Durant and Jerry West. Okay, that’s pretty similar to this year, as we just got our 20th Anniversary KD as well. Cool. 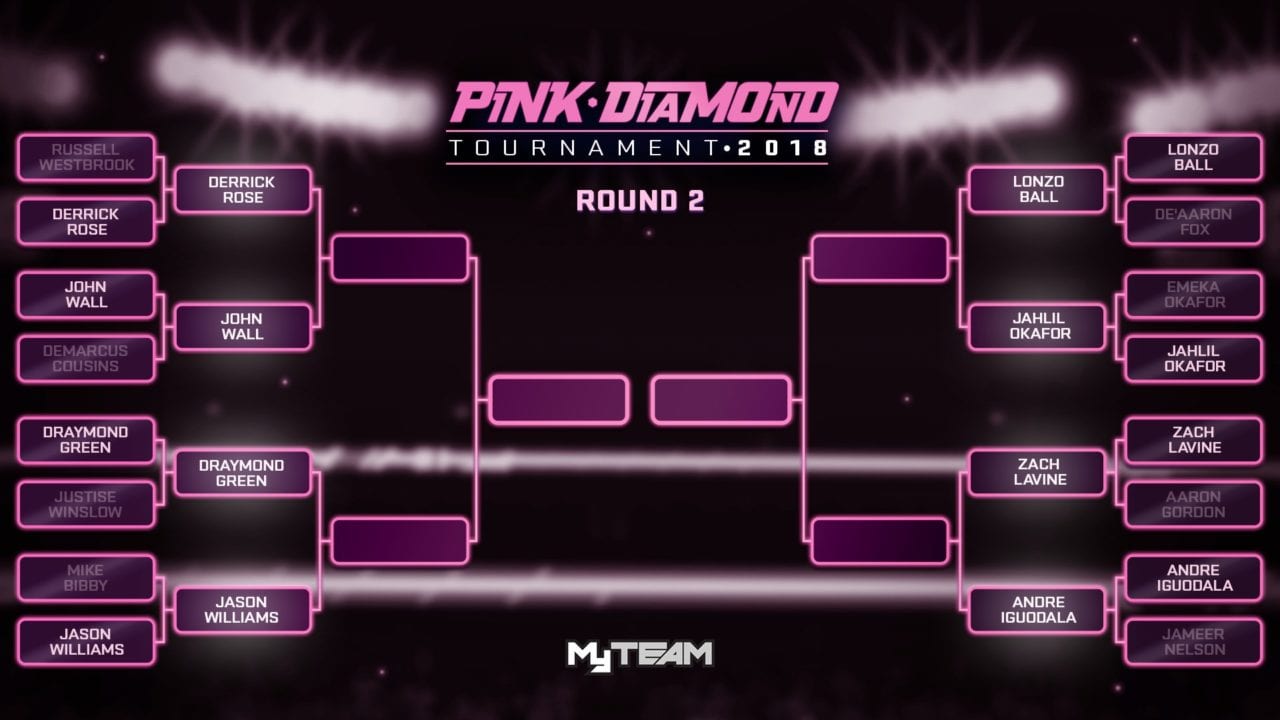 Oooooh yeah. Last year we had that great March Madness bracket, though. You remember, right? We, the community, got to vote on a pink diamond (rated 99 last year) locker code, that was then released to the masses during the National Championship game.

Lonzo Ball won, and I actually managed the get him. (I only mention that because I typically wasn’t fast enough to get codes last year, so they must have released a large amount.) But, even at that point, Lonzo wasn’t my first 99-rated player: 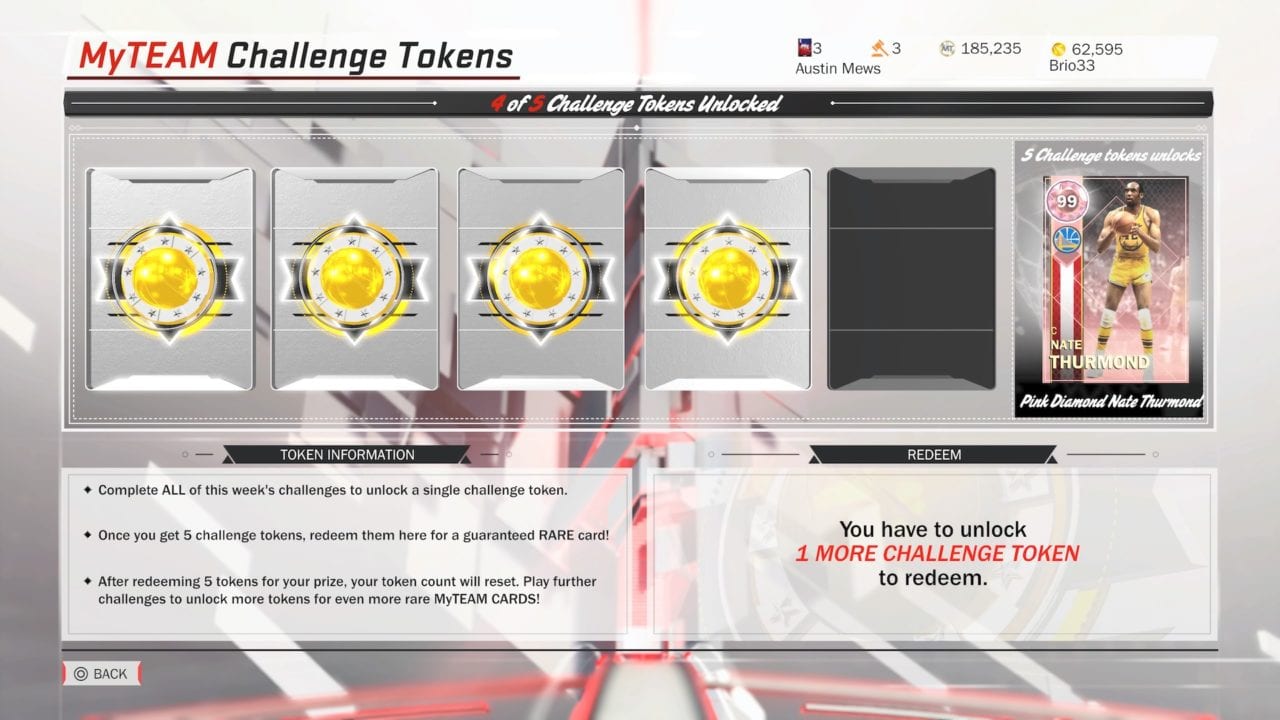 Remember Challenge Token rewards? I do. Loved them. Some of my personal favorite cards last year were diamond token rewards Shawn Kemp and Rick Barry, the above PD Nate Thurmond, and then of course the last free card we received, which was a 99-rated David Robinson. No VC required, no MT, just free cards for keeping up with challenges.

So while I was very happy to get my diamond Manu last week, and I’m always grateful for locker codes, I feel like there should be more earnable card content like Manu. It’s not too late, 2K, get on it. 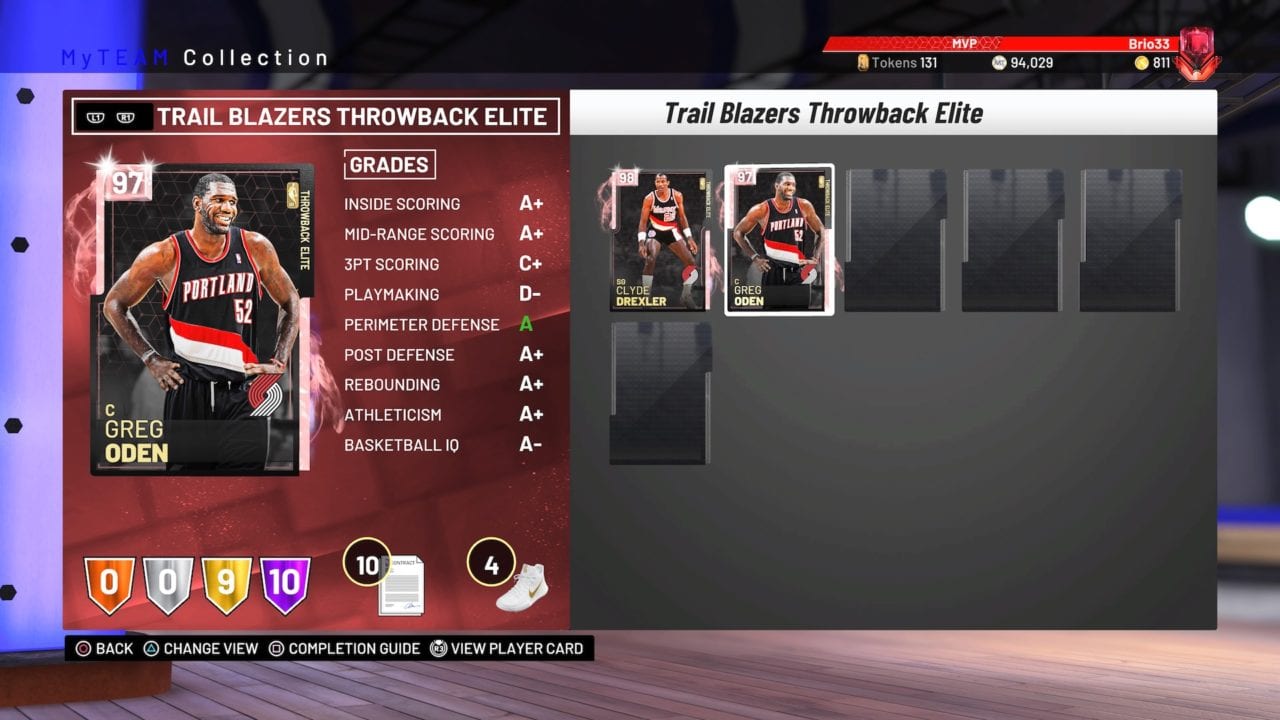 Back to the 20th Anniversary Durant packs, and specifically, to the pink diamond card of a player that was actually selected ahead of Kevin Durant in the NBA Draft: Greg Oden.

This card is amazing, and it’s cheap. Try it out. He’s a beast on both ends of the floor, and can even shoot. He has 10 HOF badges. And, right now, he’s on the auction house for under 50K MT.

I knew the day would come where I’d regret locking in my pink diamond Moses Malone, and today is that day. 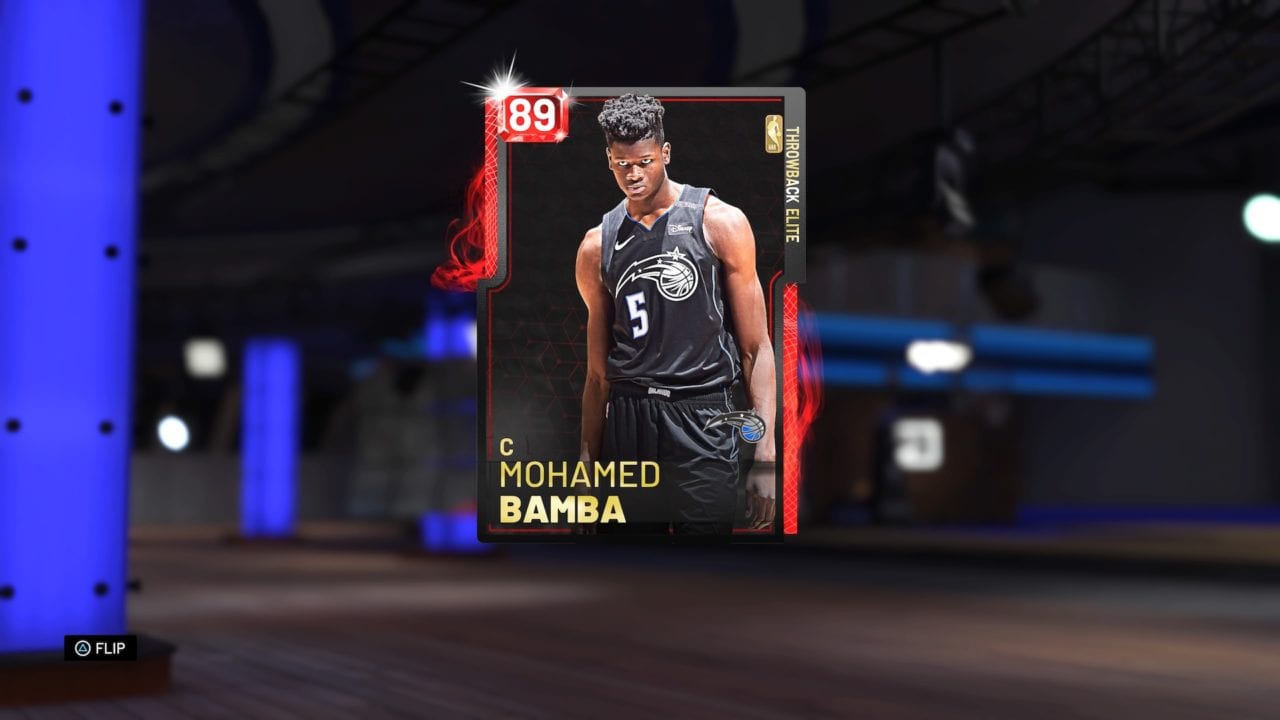 Another card that came with KD was ruby Mohamed Bamba. Mo is a budget beast with a decent post game and an 87 open shot three. I can’t recommend him enough, and if he somehow gets a diamond or PD this year, watch out.

Before KD dropped, we got a stacked Signature Series Vince Carter. His “Limited” card has 16 Hall of Fame badges. 16!

That looks like a great end-game card, but I wouldn’t know. I resisted opening even one pack because I’m extremely satisfied with my amethyst Vince and his one HOF badge (Posterizer), plus his awesome dynamic duo with diamond Tracy McGrady. 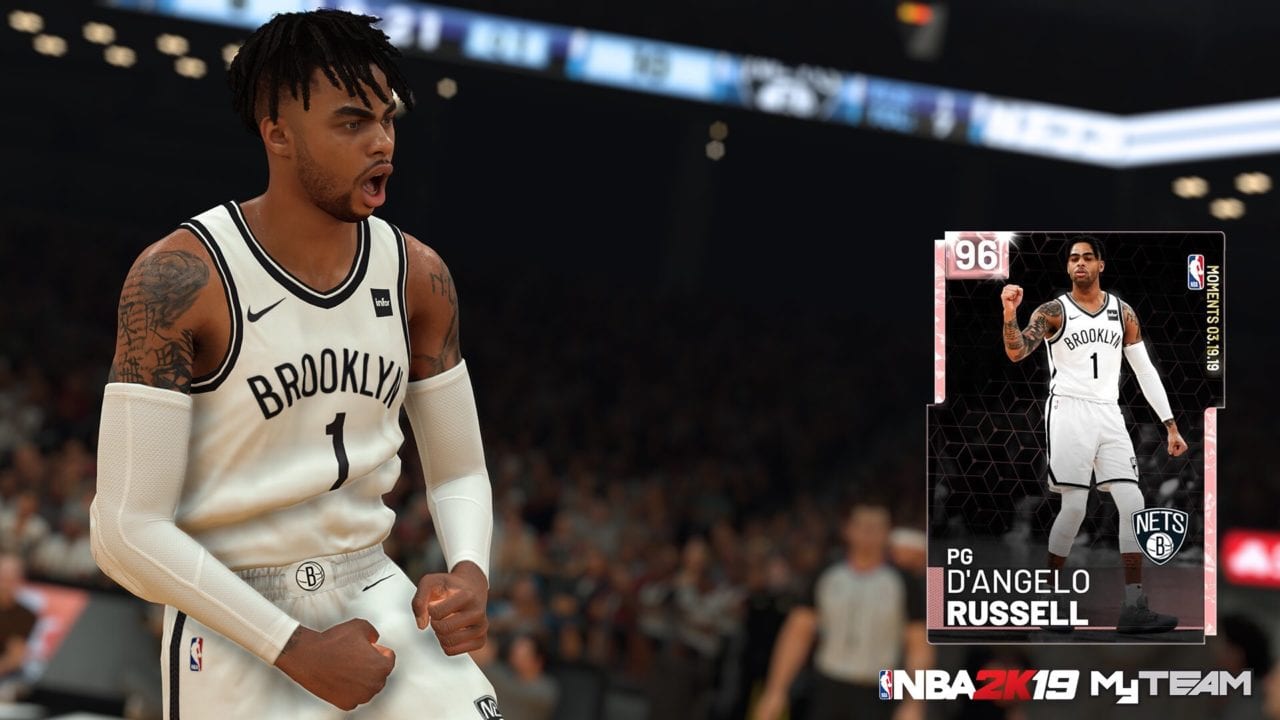 Finally, a card I picked up on the cheap (I think because he was on the Triple Threat board the other day), and really fell in love with, was pink diamond D’Angelo Russell. I don’t think I’ve ever used one of his other cards before, but this one plays great.

He’s got eight Hall of Fame badges, including Dimer, Lob City Passer, Pick & Roll Maestro, Acrobat and Relentless Finisher. Plus his open shot three rating is 95. Oh yeah, and he’s a 6-foot-5 point guard with an A+ defensive grade. So I’ve been having a lot of fun with him on my squad.

How about you, who are you killing it with right now in MyTeam?