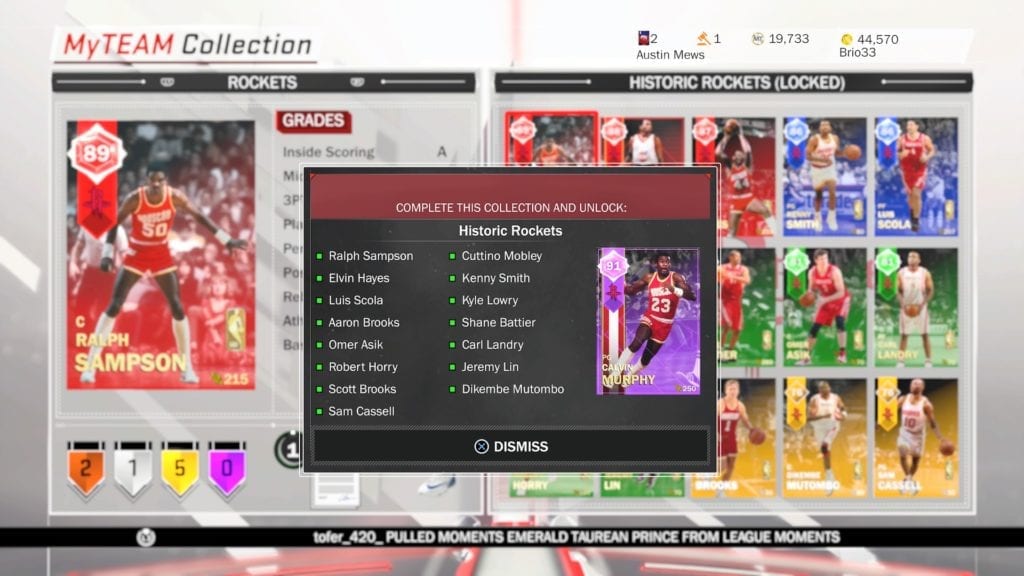 I guess I lost a week during the holidays. According to the MyTeam weekly challenges we are currently in week 16, so let’s just pretend we are too. Sorry, week 15.

Something else I’ve lost recently: patience. Specifically, when it comes to the historic collections. 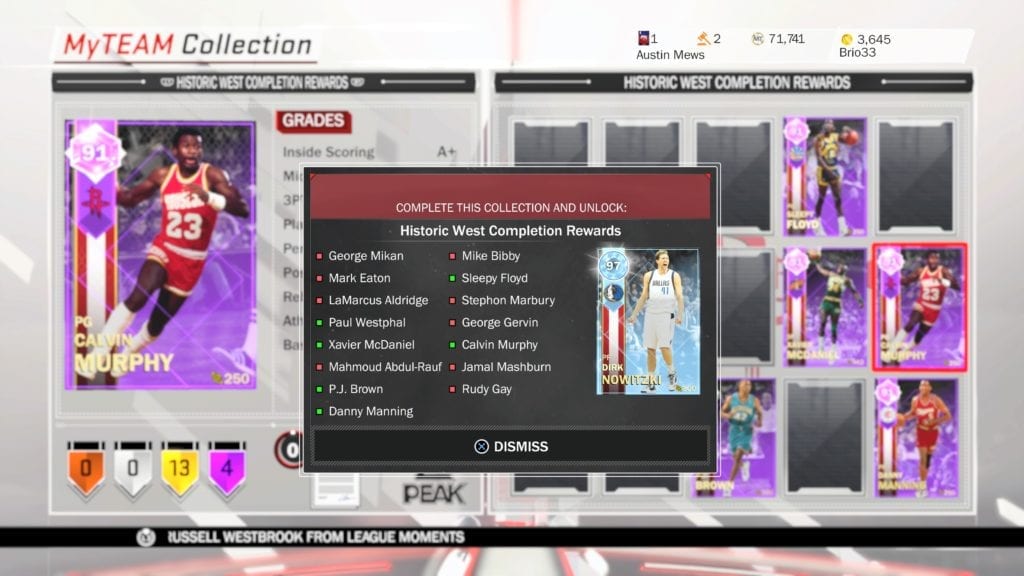 I really want that Dirk, but some of the auction house prices are ridiculous, especially for sapphires. 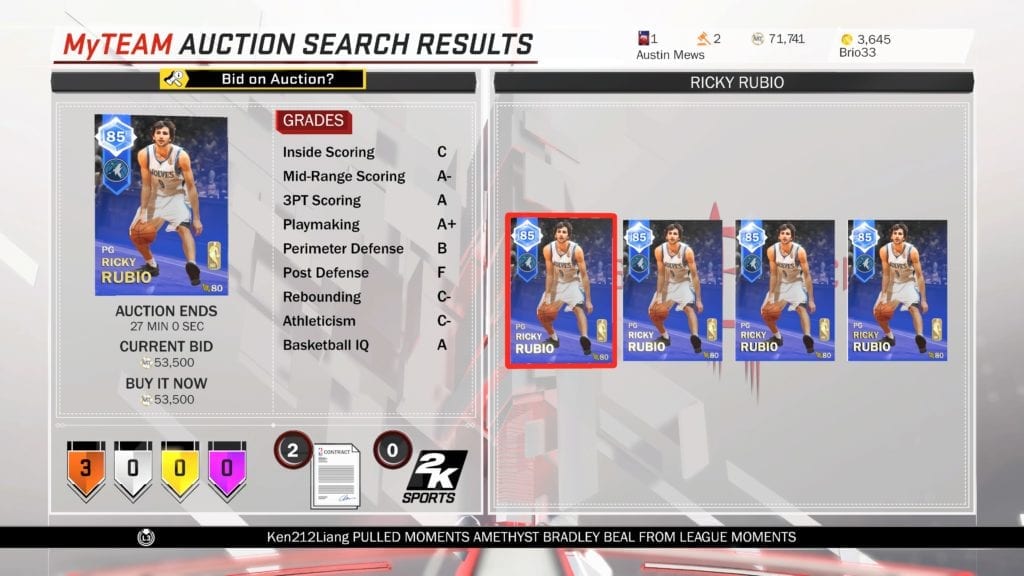 I can’t believe someone would pay that much for Ricky Rubio, but it must keep happening as the prices seem to be going up. I guess folks really want the Stephon Marbury collection reward.

I’m starting to wonder if it (and the other amethyst collection rewards) are worth the MT I’m pumping into them, especially when I can get two (or maybe even three if you count Signature Series Karl Malone) amethysts in the auction house for the price of one Ricky Rubio. Hopefully 2K will release another Kobe-level diamond card in historic packs soon, then maybe the prices will decline again as the auction house gets flooded. Otherwise I might get desperate.

It probably sounds re-dirk-ulous, but I’m actually considering selling my diamond Kobe just to move this whole process along. He’s still going for 400-500K in the auction house, so that should do the job (I’d hope).

I want Dirk to help me through All-Time Domination, because once I beat that, I’m a little concerned there will be nothing left for me in MyTeam. And what would be the point of working towards that card if I have nothing left to use him for. (And no, I don’t count Super Max as a worthy use of my time.) 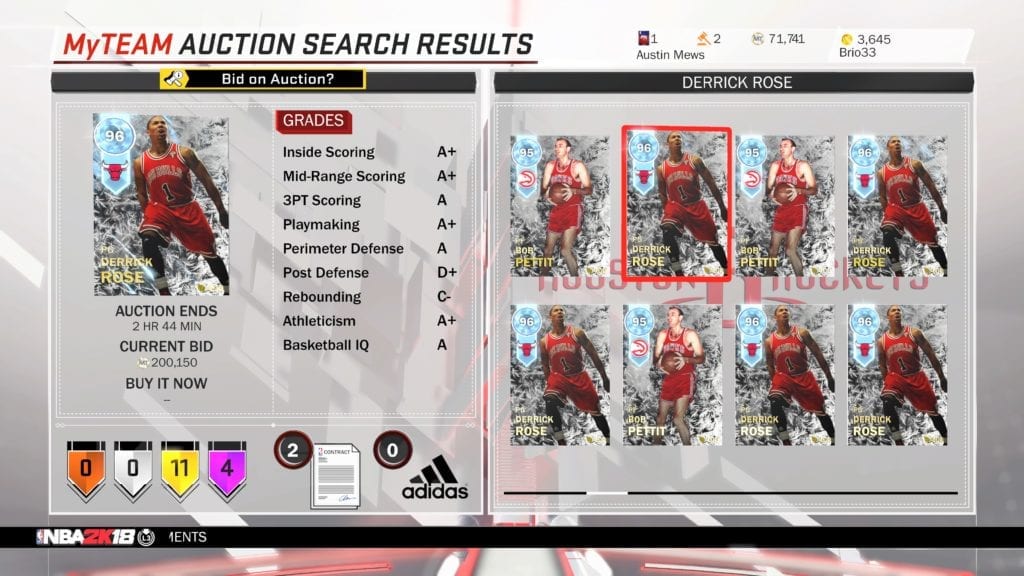 Speaking of diamonds, right now the auction house looks like a Tiffany commercial as the new Ice Cold premium pack came out this week. And if you can collect the whole set, you’ll be rewarded with this spectacular looking Scottie Pippen:

Wow. Check out those stats.

I personally couldn’t resist buying the Ice Cold sapphire Mario Elie. He’s one of my favorite Rockets players of all time (watch this if you’ve never seen the “kiss of death”), and I actually got him for 900 MT. 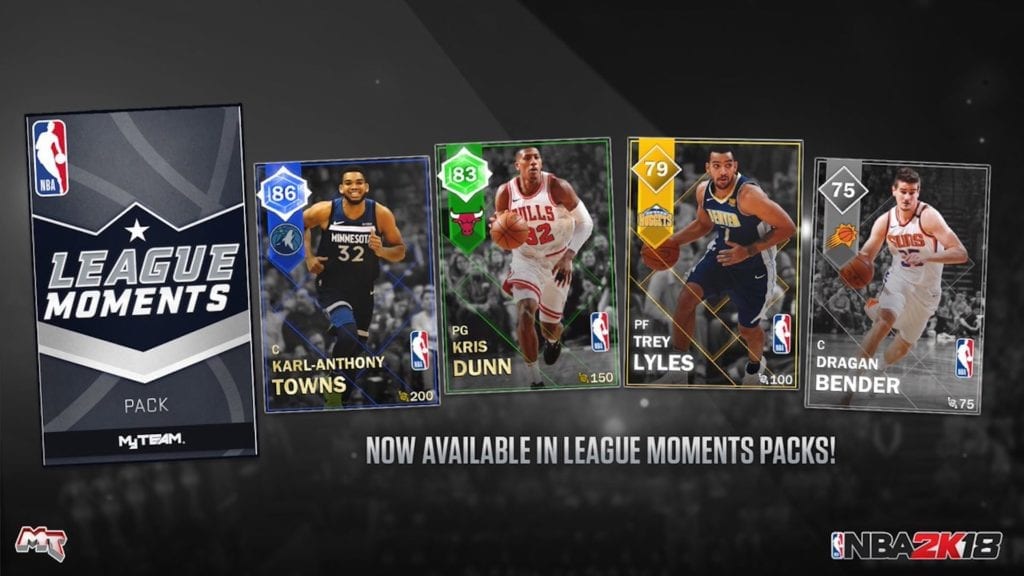 There were also new Moments cards released this week, headlined by an amethyst Stephen Curry.

I was just perusing the auction house, and quite a few moments cards can be bought on the cheap. For example, the amethyst Bradley Beal is about 10K, and the freaking diamond Bradley Beal from just a couple of weeks ago is under 40K. 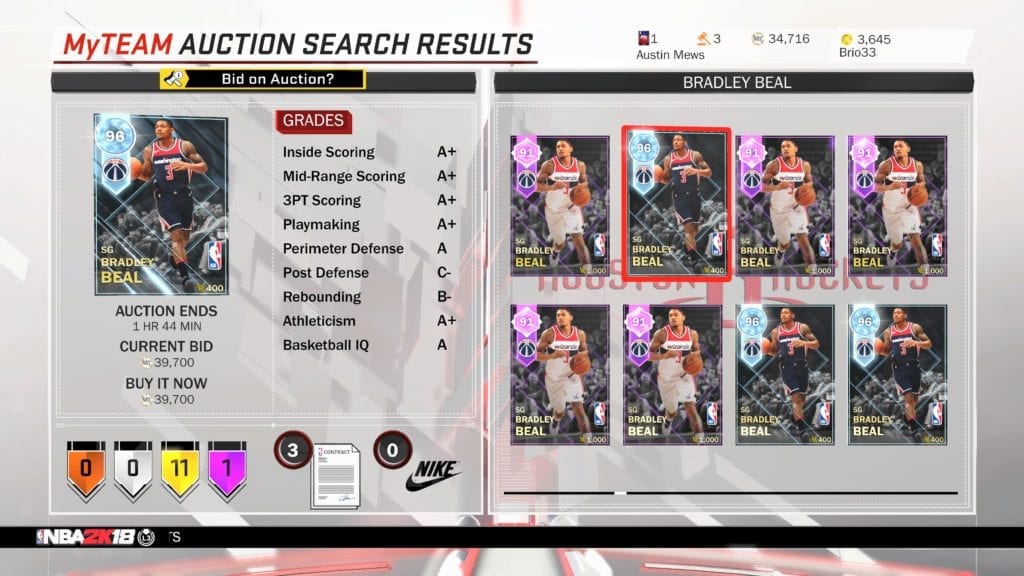 If I sell my Kobe, I wonder if I could replace him with that Beal? Obviously not every facet of Kobe’s game would be replicated, but some of their shooting and scoring stats are similar. Maybe it would be worth the tradeoff for the huge MT profit?

With the Success of Ultimate Team Modes, What is the Future of Franchise Modes in Sports Video Games?
Building Through the Future: The Best Young Players to Sign in NBA 2K18 - Small Forwards