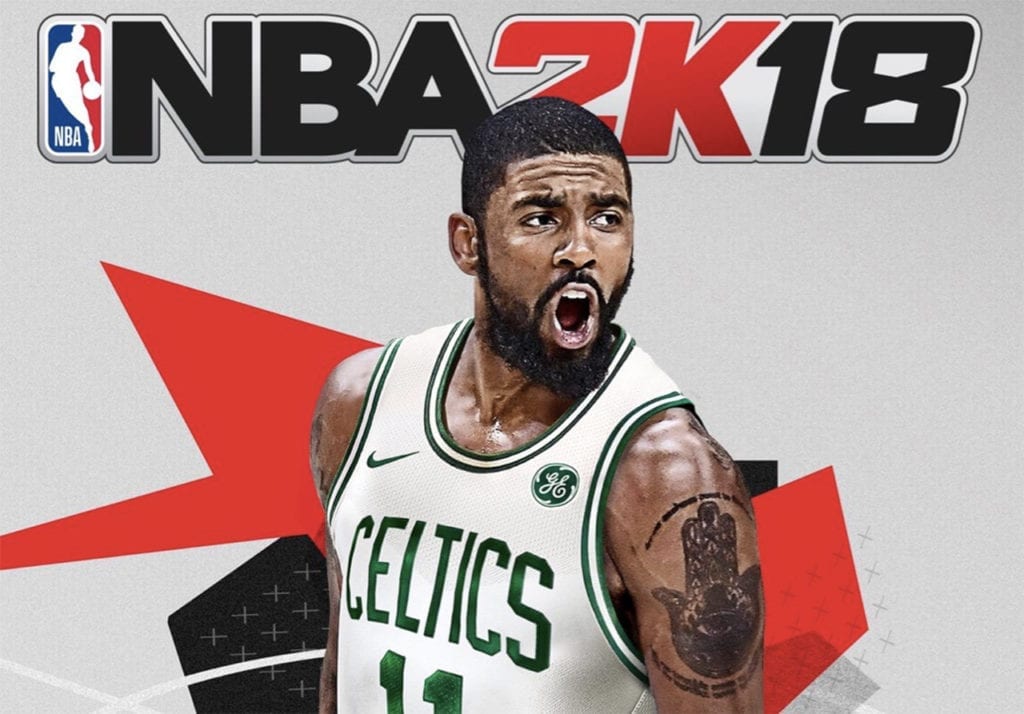 2K Day has now come and gone. The masses have spent a few weeks watching dedicated YouTube streamers give their early opinions after 2K’s invite event revealing NBA 2K18‘s biggest change this year: Run the Neighborhood. Last year NBA 2K17 brought us a game that was improved over the previous year, but as time passed the game lost some of its appeal mostly due to a few changes that were made over its cycle to try to balance out the game; some of these changes were not well received by the community. Heading into 2K18, we had a few stories come from NBA 2K gameplay developers Mike Wang, Scott O’Gallagher, and Nino Samuel AKA Da_Czar detailing a huge amount of improvements for NBA 2K18. With that being said, I’ve got the honor and pleasure of covering NBA 2K this year with various pieces to come, and I’ll be starting with my day one impressions. Let’s get to hooping!

Writer’s Note: Each game that I played was on Hall of Fame difficulty. I didn’t play around with the rosters or anything like that. I did quickly start off MyGM and did alter the settings there for the mode. MyGM: The Next Chapter – I can say right from jump that I love the interactive element the 2K team has implemented into MyGM this year. On the surface it’s the same MyGM we’ve seen in the past albeit with the new roster, and other rule and league changes that were added this year. The real difference maker I’ve found is how they’ve updated the interactions and cutscenes for different scenarios. They’ve also added in a good bit that we haven’t seen before. Some people aren’t big on aesthetics like this, but I’ve always argued that improving both the mode and the aesthetics to give a better, more complete feel always goes farther than improving one area and not the others. The implementation of a “story” into the mode looks like it will add a little extra push to keep MyGM exciting — trust me, you’ll get into what’s going on pretty quickly.

2KU – For players both experienced and new, I feel that 2KU is a must solely based on the fact that the changes made to refine the controls and AI are things you need to get acclimated with or you’ll get your butt whooped. Badly. The controls this year have been fine tuned quite a bit in a positive way and definitely require a little bit of practice to get used to. While some players will be wizards on the sticks and will pick up the changes in as fast as a game, most might have to get some time in. Defense has also received an overhaul and is, in my opinion, more complicated yet more rewarding. You’re on your own this year, so some time in 2KU will help you out on the defensive end as well.

Presentation/Graphics – NBA 2K18 looks good. The graphics, player models, faces, arenas, and even the crowd have all been improved by the 2K team again. I really spent my first 10 minutes with the game admiring how everything was looking on and off the court. The presentation packages have been improved over last year as well, adding in small things here and there that most might not notice at first, but when you do notice them you’ll really appreciate the attention to detail placed by the dev team. Ernie, Shaq and Kenny have all gotten an upgrade in appearance and look better than last year. At end of game interviews, players stand with a towel draped around their neck (depending on the player; Danny Green is always draped up in a towel when he’s not on the court) and this is just one of the many times where the graphical improvements shine. Player detail and facial emotions as they talk to David Aldridge are a thing of beauty. Speaking of David Aldridge, his player model and facial detail is 100 times better than last year; you’re actually looking at an exact virtual version of the courtside icon himself. You’ll even see the copyright messages that are shown at the end of games like on TV. All in all, it’s another step toward giving us a complete package. Gameplay – I won’t touch on this too much just yet as I’ll dig into it a bit more in a later piece, but the game plays very smoothly. The refinement of the dribbling system is fantastic. I noticed that there was some reworking in how contact and that kind of thing happened, as there were a few illegal screen calls made on the opposing team when I was playing defense; call me crazy, but I don’t remember seeing that much last year. It was a welcomed sight to see. I played a quick game against the Spurs and Gregg Popovich’s ACE system was in full effect. Spurs basketball was unfolding before my eyes, and all I could do was watch mercilessly as they worked my defense almost at will. Yes, it was partially because I was in awe of the beauty of their system happening effortlessly in my face — and because I’ve still got some work to do at 2KU. Gameplay is as smooth as ever this year.

Virtual Currency (VC) – The one thing that is probably the biggest gripe for me instantly and potentially for the whole season of NBA 2K18 is what appears to be an almost overzealous need to have VC in high amounts in order to succeed in MyCareer and the Road to 99. Looking within the mode so far and looking around the Neighborhood and what you can do with your player, you’re going to need VC for virtually EVERYTHING you plan to change or improve on. Some bring forth the argument that you don’t need to buy VC to succeed and that you can grind out to make a good amount, but there are many players that either don’t have time to grind through or just want to be competitive enough to keep up to the best at all times. Any way you look at it, it seems like the VC trend is potentially starting to become something more towards corporate greed this year as opposed to an expected secondary income stream for 2K.

Create A Player Options – One thing that has probably angered a lot of people and was quickly brought to the attention of the 2K staff by fellow peer Brian Mazique is the lack of create a player options. Usually the suite has a good amount of customization options when you make a player, and has been used by Brian and other roster creation wizards to make All-Time teams and rookie classes over the years. This year’s suite at launch appears to almost be gutted of a lot of the options that were available last year. Regressing in that regard is just not acceptable. It appears that these lack of features also ties into MyGM as you can’t edit the appearance of your GM, which is mirrored off your MyCareer player. While changes made in that mode to your appearance are saved, it doesn’t apply these changes out of the mode, and any option to alter your GM don’t seem to exist. Hopefully this is rectified in the same patch that 2K has said they’ll fix and update the lack of options for creating a player.

Simulcast – One thing I took notice of was that the luxury of Simulcast, a fantastic simulation option in MyGM/MyLeague, has a very small but frustrating issue that just shouldn’t be happening: When you jump into a game to take over and play from the point you’re at, for some reason the coding of the game makes both teams wear either their home or away jerseys. Every…single…time. It may not be a big deal to some players, but it’s kind of frustrating to jump into a game and both teams are wearing their white home kits. How in the heck is someone to know who’s who at first glance!? This is something that the 2K team needs to fix and update with one of their patches, hopefully much sooner rather than later.

Neighborhood Park/Pro-Am Play – This one complaint is really more of a personal one, but it affects the game and how some players might feeling playing the game. At this point where we’re in our third year of running with the Park and another year with Pro-Am, it still irks me that players feel that they need to hog the ball and put up AWFUL shots. Basketball is a team game; yes there are some players over the years that could change the game on their own, but this is NBA 2K. This is a video game. The multiplayer and social atmosphere of the Park and Pro-Am calls for teaming up with friends or strangers to try to beat others by working TOGETHER. It still drives me crazy seeing players go into games and trying to do everything on their own, thus causing the experience to lose the fun factor it is supposed to have for everyone. Yes, we’re supposed to have fun playing the game and it is a game, but I feel that there should still be a certain level of seriousness to the game that each player brings to go along with the enjoyment they want to experience. My time on NBA 2K18 so far has been some good fun and I’m enjoying the game as a whole. NBA 2K18, after my early impressions, is off to a solid start.

I’ll be getting into more of the nitty gritty over the next bit so stay in the zone and be ready for more.