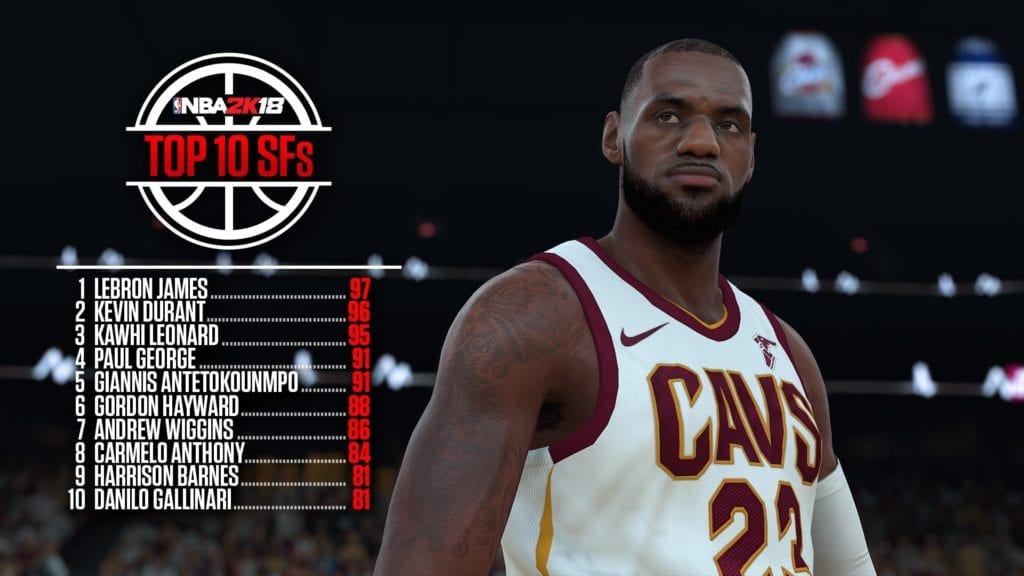 2K has revealed the top 10 small forwards in NBA 2K18, check them out below and let us know what you think!