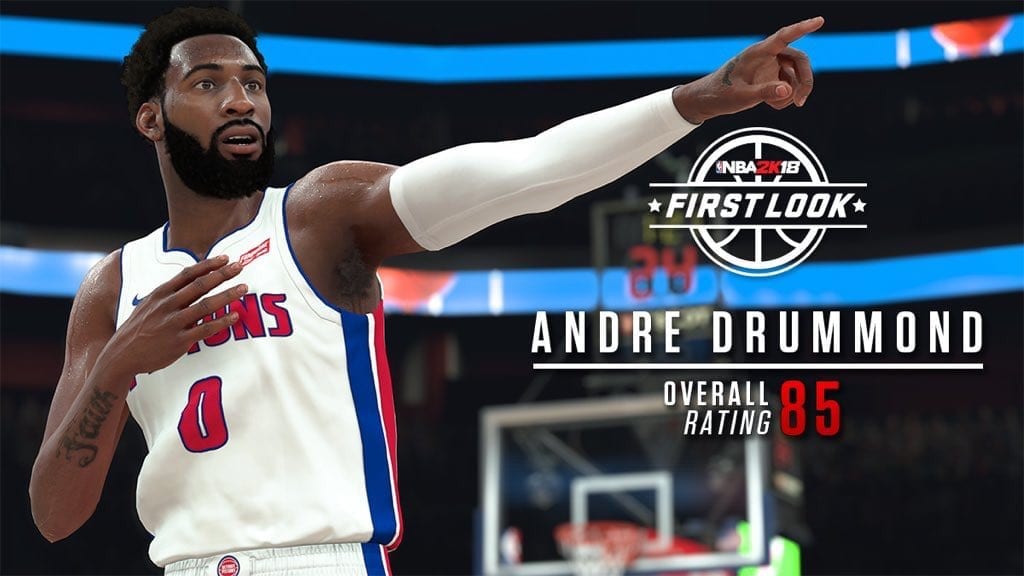 2K has released another NBA 2K18 screenshot, this one featuring Andre Drummond in his Nike Detroit Pistons uniform. He has an overall 85 rating. Post your thoughts! NBA 2K18 Captures So Many Details, This is How it Gets Done
NBA 2K18 Screenshots and Ratings - Towns, Giannis, Beal, Ross and More