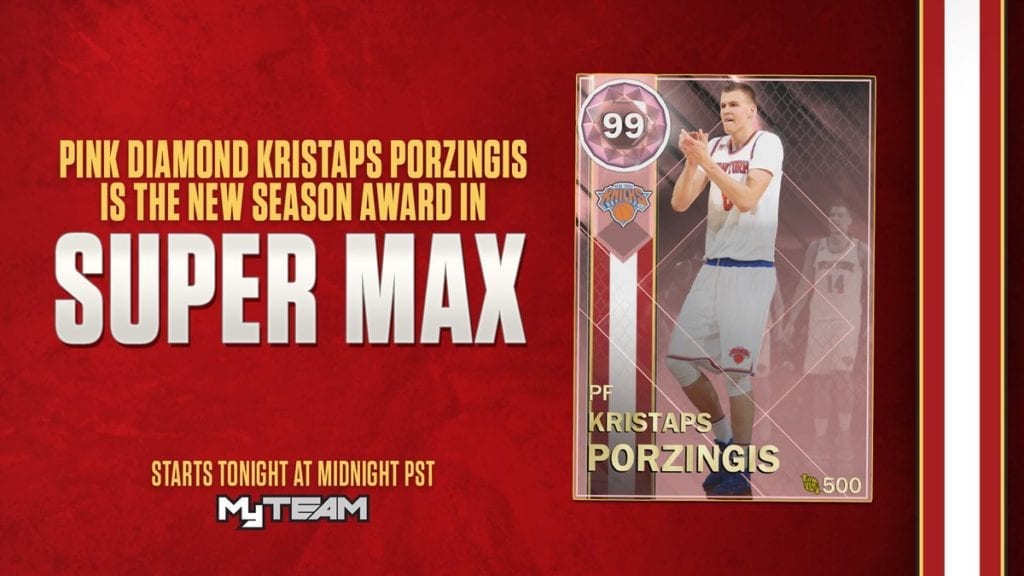 There is a PD Nate Thurmond if you kept up with weekly challenges. There was a PD Lonzo Ball if were you quick enough with a locker code. And the new premium collection (more on that later) has PD Kevin freaking Garnett as the collection reward.

But the pink diamond I want is Kristaps Porzingis. Unfortunately, it’s going to take a four-week-long descent into Super Max madness to get him. And lord help me, I might just do it. I’m frightened, but think it may end up being worth it. Hopefully. We’ll see. Probably not… 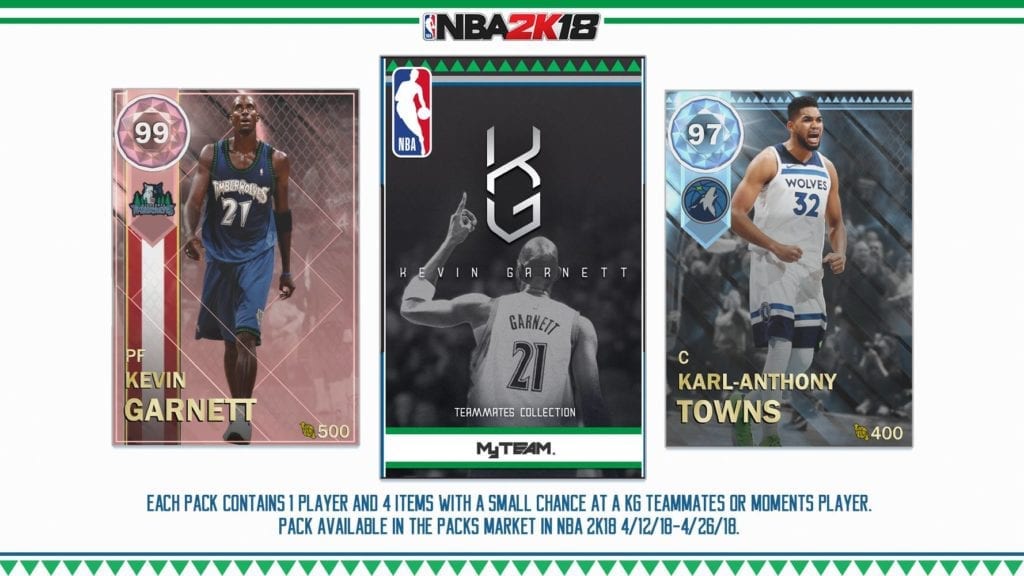 Sure, I wouldn’t mind the diamond Karl Anthony Towns, but he’s going for 500K+ MT in the auction house. That’s not happening. And Paul Pierce was never a player I cared about, plus I’m pretty stacked at the SF position already, so I’d probably just sell him if I miraculously got him. Otherwise, it’s a pretty underwhelming group of players. Not really worth it for me to even consider locking in Garnett.

Actually the most interesting thing about this collection is the cool commercial they made to promote it.

So I’m going to use this opportunity to try and inspire 2K before the next drop in two weeks. May I present the Defense Wins Championships premium collection:

Yes, there are only nine cards to collect on the way to the greatest defensive shooting guard in the game. Again, you’re welcome. And of course he would have a dynamic duo with my diamond Scottie Pippen, which means at that point my team would finally be complete!

Is there anyone else you’d like to see in a defense-centric collection?