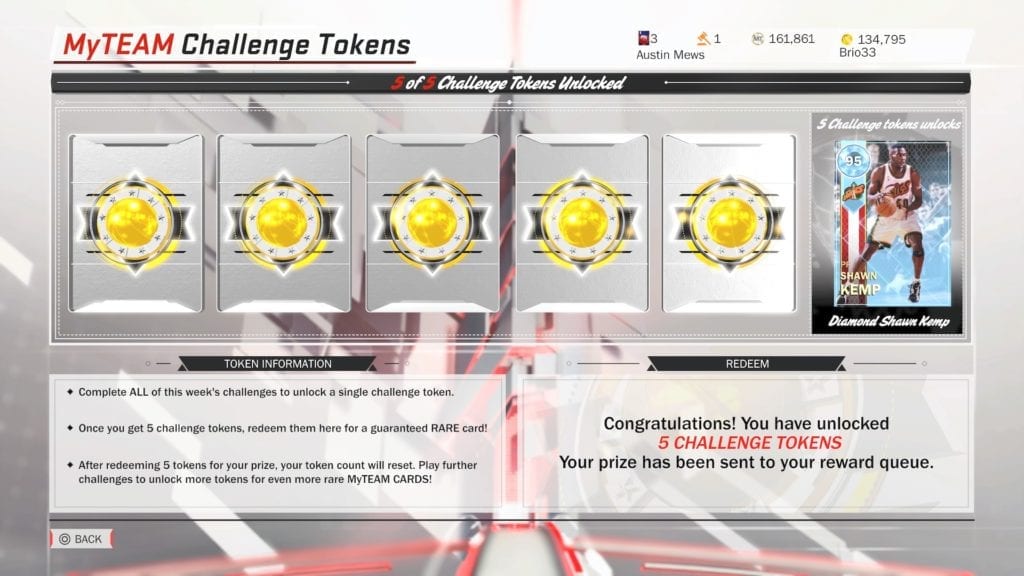 MyTeam was a bit slow after the All-Star break, so I’m skipping ahead to week 24. And what a week it’s shaping up to be — let’s start with fan-favorite Tracy McGrady and his buddies from the brand new Prime Time premium collection. 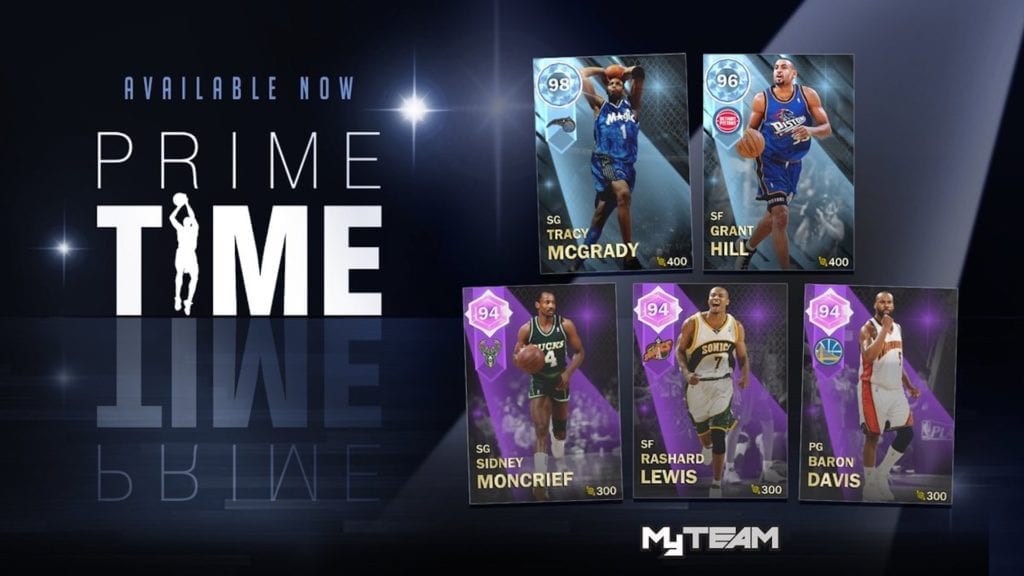 Personally I’m hoping to pick up Grant Hill’s diamond. McGrady is going for over 400K, but for some reason Grant is already in buy-it-now territory. I’m guessing that’s because his 3-point rating isn’t insanely high, but defensive-minded playmaking forwards are my favorite kind of players, so I’m psyched.

My second favorite kind of player is an athletic big man who can shoot: 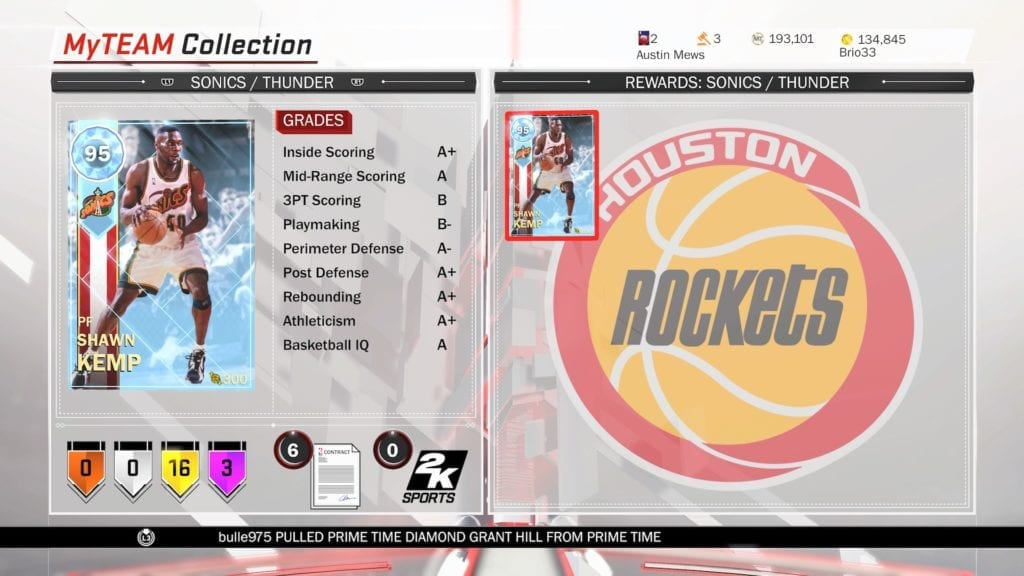 Shawn Kemp might not have 90+ 3-point stats, but if left open he can still knock them down. And he’s free if you’ve been keeping up with weekly challenges, so if you look up “budget beast” in the dictionary, you’ll probably find a picture of The Reign Man posterizing someone.

I’m also hopeful he’ll get a dynamic duo upgrade with Gary Payton, which I’d have to imagine would make him a formidable shooter and an even better defender. Who knows when (or if) that’s going to happen, but I picked up The Glove for crazy cheap during the All-Star market crash and am going to keep my fingers crossed that 2K will give us more duos eventually.

If you don’t want to wait, or if Kemp isn’t your cup of tea, there is another new athletic big man that can light it up from the outside: 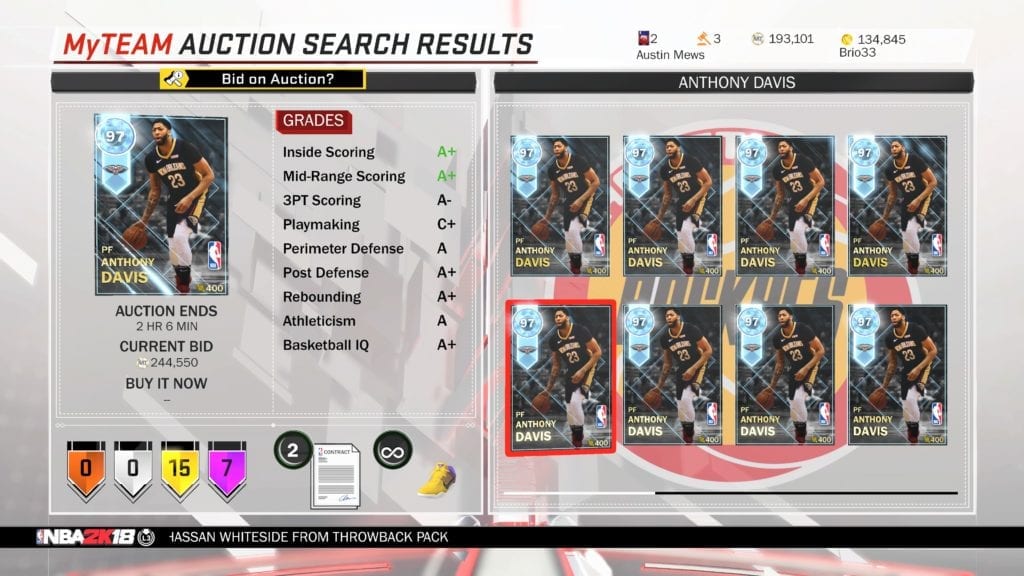 I’ve always loved Anthony Davis in NBA 2K, and this card looks to be the cream of the crop. Hall of Fame badges include Chase Down Artist, Rim Protector, Hustle Rebounder, Putback King, Pick & Roller, Pick & Popper and Tireless Scorer.

I had his amethyst and thought it was awesome, but just sold that over the weekend once I got my hands on The Reign Man. And after getting Kemp, I think my end-game power forward lineup is complete: 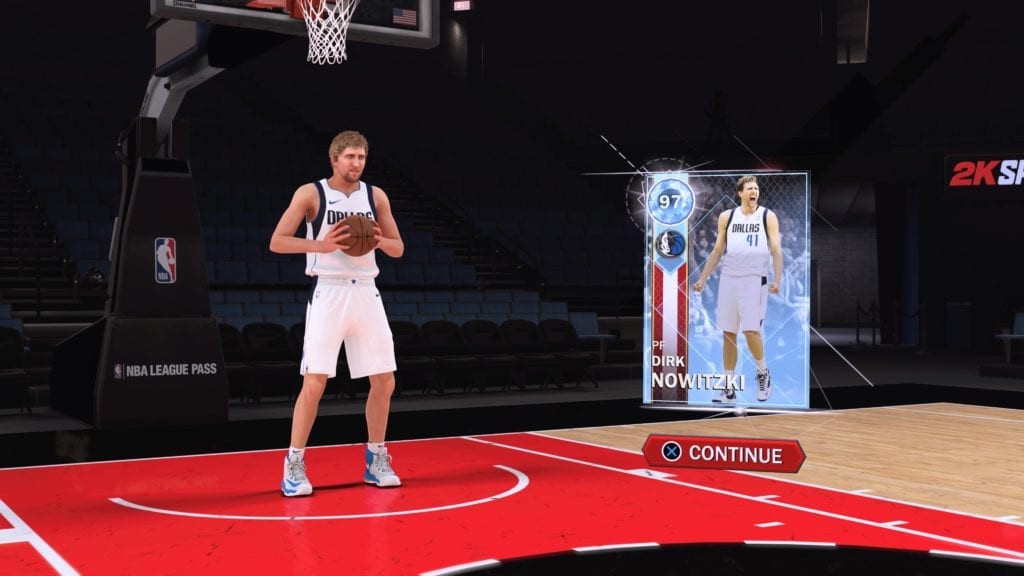 Yup, I finally got Dirk! I ended up spending 100K to get the freaking sapphire Robert Horry I was missing, but so far, it’s been worth it. (Technically, when it comes to the amount of MT I spent to complete the western conference collections, it’s probably not worth it worth it, but I’m going to continue telling myself that it is because otherwise I might cry)

Right now I’m starting Dirk and Kemp together, but I can’t wait to pair Dirk with the next weekly challenge reward, who will probably be my end-game center: 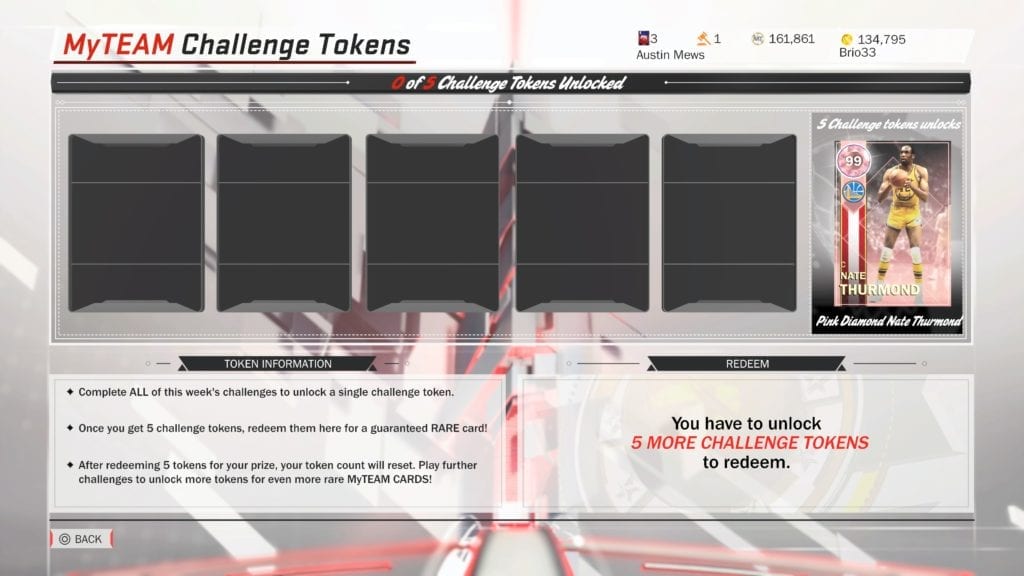