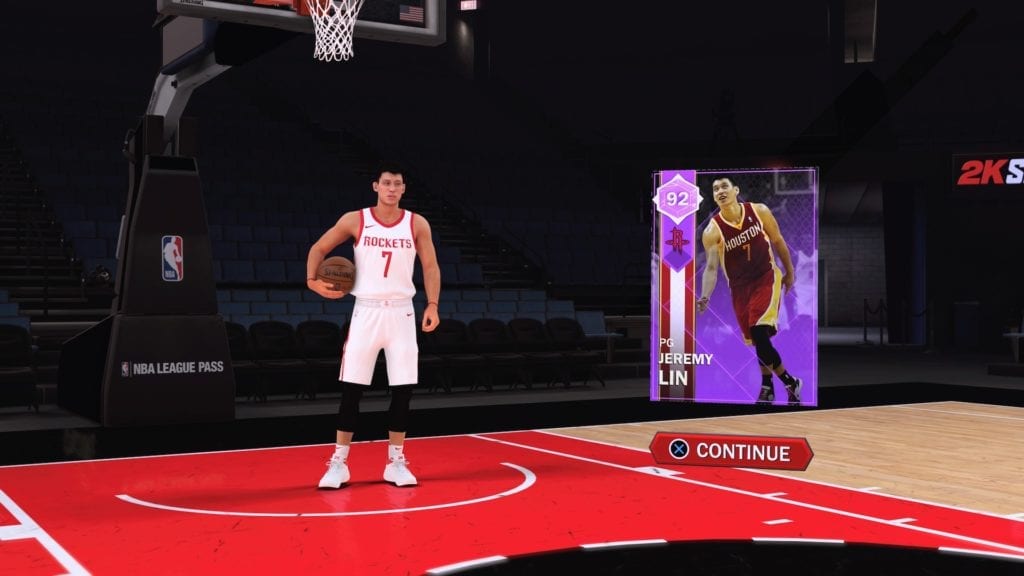 So in my last post I mentioned that the worst thing 2K could do to aggravate my card collecting addiction (after the pain of missing out on PD James Harden) was to release a pink diamond Hakeem Olajuwon.

Luckily, they didn’t do that. But they are still big time jerks: 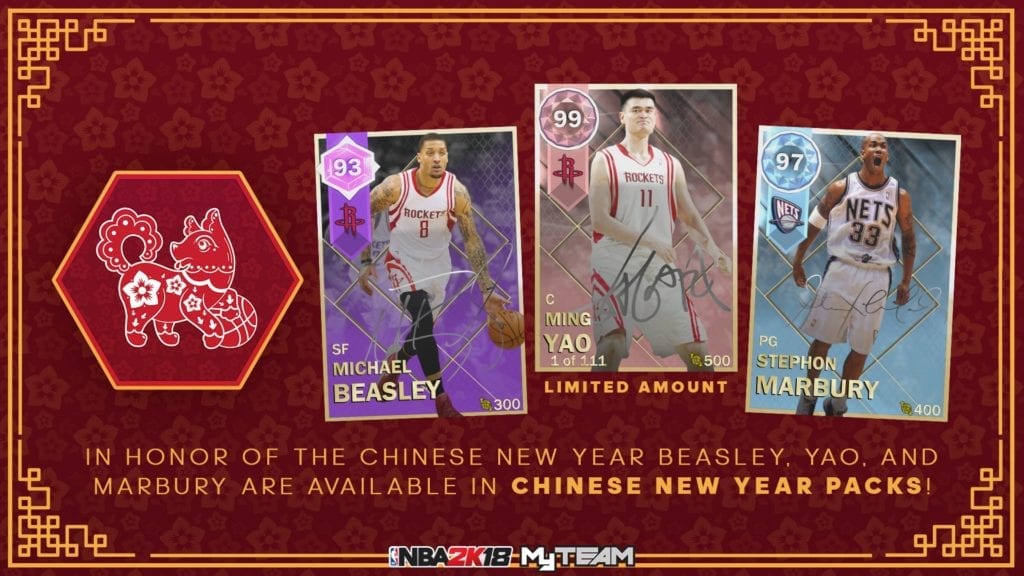 The Chinese New Year packs have a PD Yao Ming and an amethyst Michael Beasley (from when he was with my Rockets), so of course I wanted these cards. Against my better judgement I spent $20 on a few overpriced packs, and of course, came up empty. But to add insult to injury, I heard (waaaaaaaay too late) that there was a pink diamond James Harden glitch in packs.

Apparently, for about half an hour earlier this afternoon (Thursday, Feb 8th), packs were over-saturated with those pink diamonds. Like I heard (and watched via YouTube) that some folks pulled 10+ Hardens in one box opening. Then the auction house crashed and a PD Harden could be bought straight up for under 100K MT.

Yesterday they were going for over TWO MILLION.

I had to work today, so I missed out. Part of me thinks that 2K read my article (which dropped this morning, hours before “the incident”) complaining about not getting a Harden, so they purposely dropped this Harden-bomb after I had left my house and was unable to participate.

Because of course they use algorithms and phone taps and Playstation data to learn our habits and schedules, at least mine.

If anyone over there does read this stuff, and you feel particularly bad for my predicament, please hook me up with an amethyst Beasley. I won’t even ask you for the pink diamond Harden or Yao cards, just a simple amethyst.

Or, if I may offer a suggestion to help make this right with the community at large — put a Harden moments challenge up with a PD reward. Basically get the card in everyone’s hands who wants it, then at least Super Max will be a level playing field. Though actually if everyone has the card, you could make the cost of playing him online insanely high, so it would actually only be possible to use him with low-level silver or bronzes. Then people like me who just want to collect the card are happy, and people online won’t be playing against PD James Harden in every single game for the rest of the year. 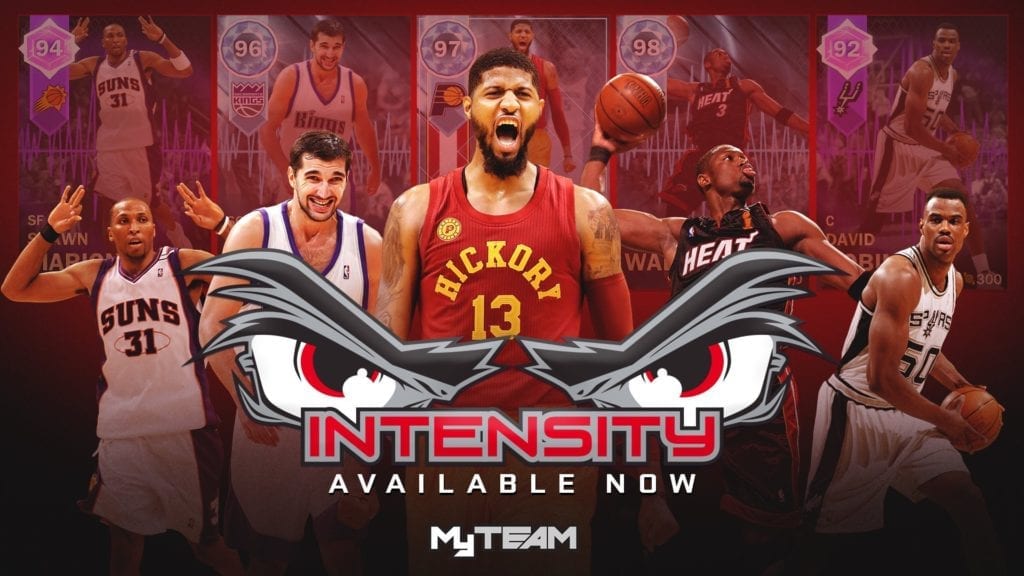 There is other new content worth mentioning, like these Intensity packs. The Paul George reward card looks awesome, but the D-Wade is actually a higher rated card. He’s going for an insane amount in the auction house, and rightfully so. He has NINE hall of fame badges, and a 90 open shot 3. Basically he’s got pink diamond level stats, so it’s a really impressive card.

Then let’s not forget about a handful of new moments cards, including amethysts for Kemba Walker, Donovan Mitchell, and Nikola Jokic. I actually just picked up (in the aftermath of the PD Harden auction house crash) a ruby Jimmy Butler and Ben Simmons, both of whom seem great so far. 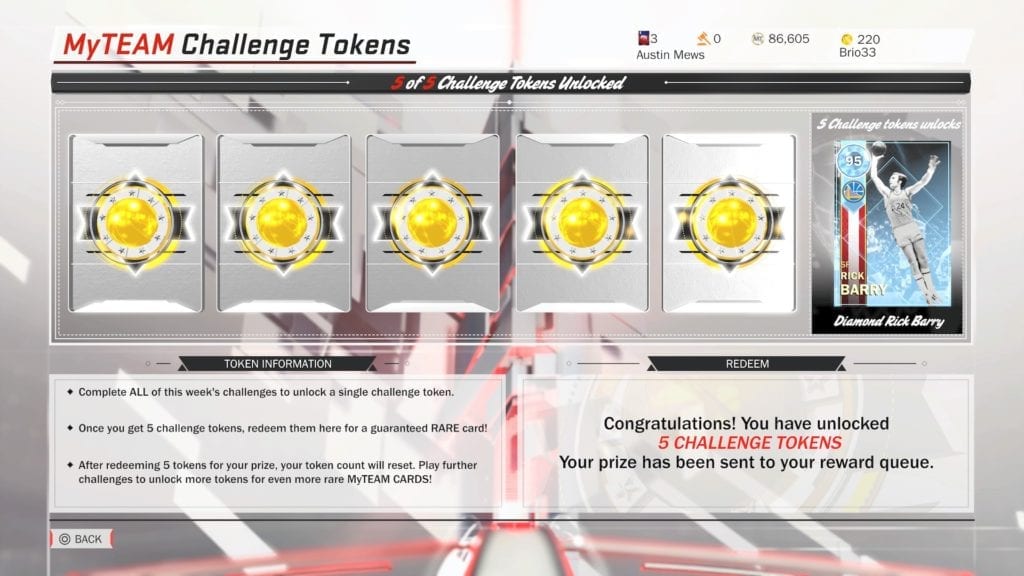 But most importantly (for me at least) is this Rick Barry diamond. He’s my new starting small forward, and will probably be an end-game card for me. I’m a personal fan (he was a member of my Rockets at the end of his career), the card has great scoring and playmaking stats, and how can you not enjoy his granny free throws?

But mainly I love him because I put in the work to earn him.

As all these crazy new diamonds and pink diamonds start coming out, let’s make a pact to never forget about older cards we grinded (ground?) for earlier in the year. Cool? Cool. If you are still keeping up with weekly challenges, for example, five weeks from now you’ll earn this awesome looking Shawn Kemp diamond. While I wait for historic prices to drop so I can finally get my Dirk, it’ll be nice to have a fun PF alternative to tide me over.

Okay, I’ll wrap this up with another plea. if anyone out there who pulled 10+ James Hardens wants to share the wealth, you know where to find me…