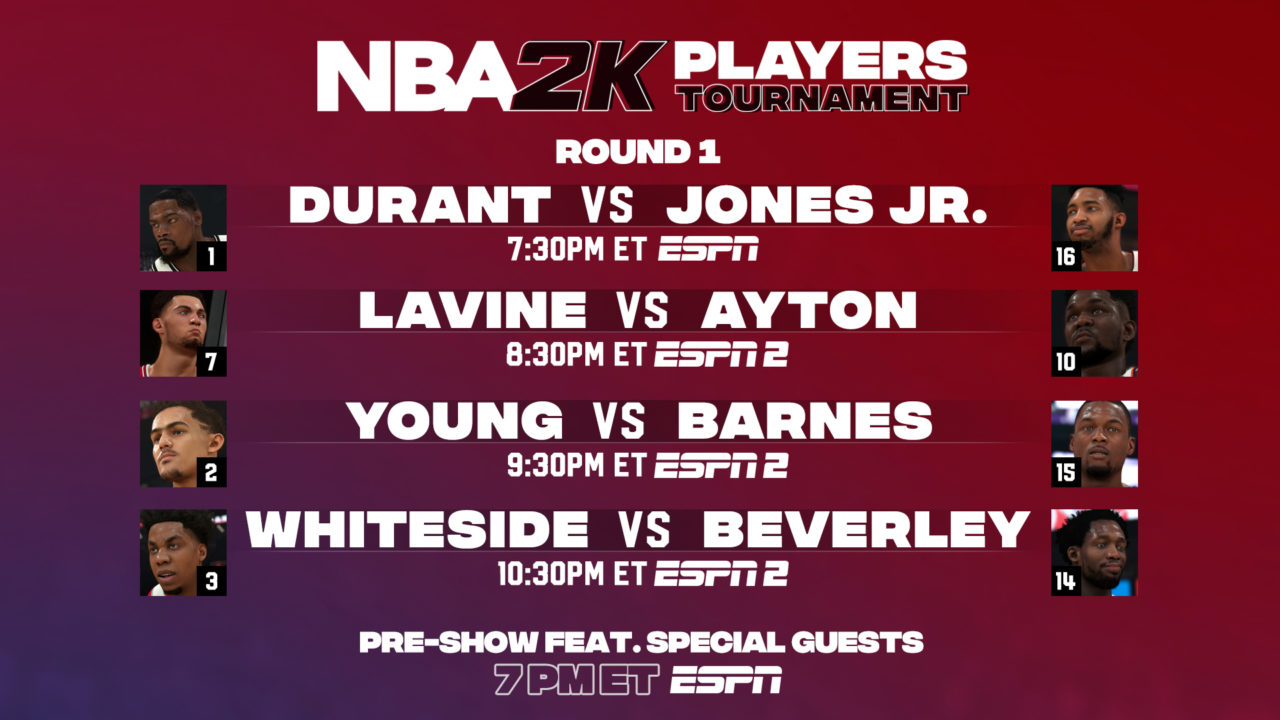 The winner will be crowned the ultimate NBA 2K20 champion and select a charity beneficiary to receive a $100,000 donation from 2K, the NBA and the NBPA in support of ongoing coronavirus relief efforts. The single-elimination, NBA player-only tournament, will be played on the Xbox One.

Here are the matchups airing tonight on ESPN and ESPN2, beginning with the NBA 2K Players Tournament Preview Show at 7:00 PM ET, on ESPN. 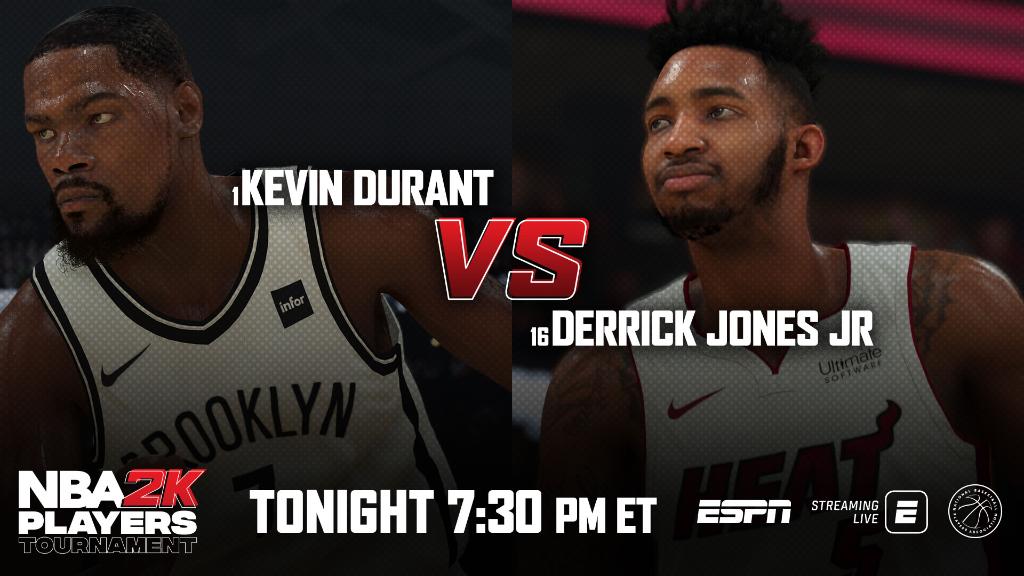 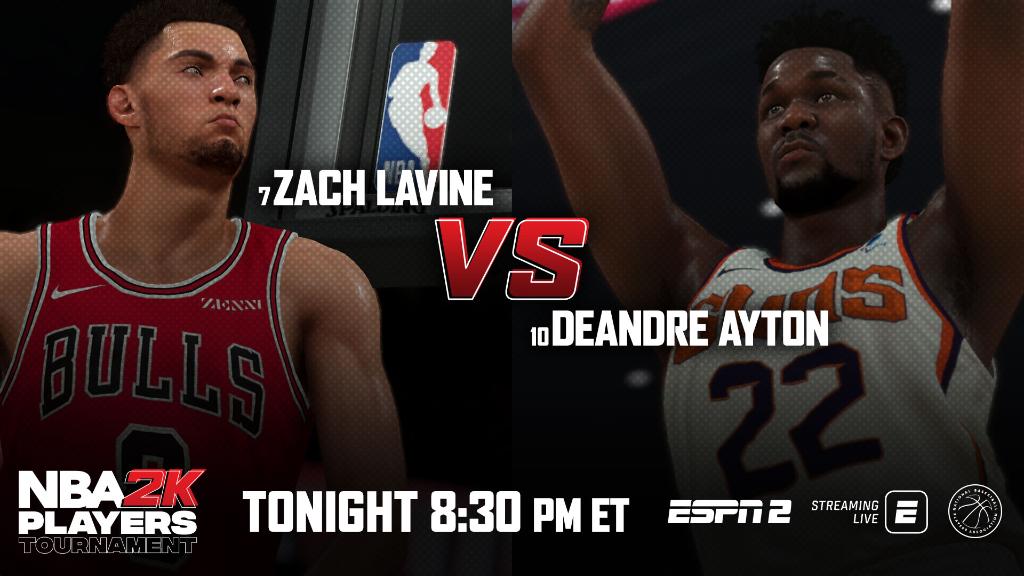 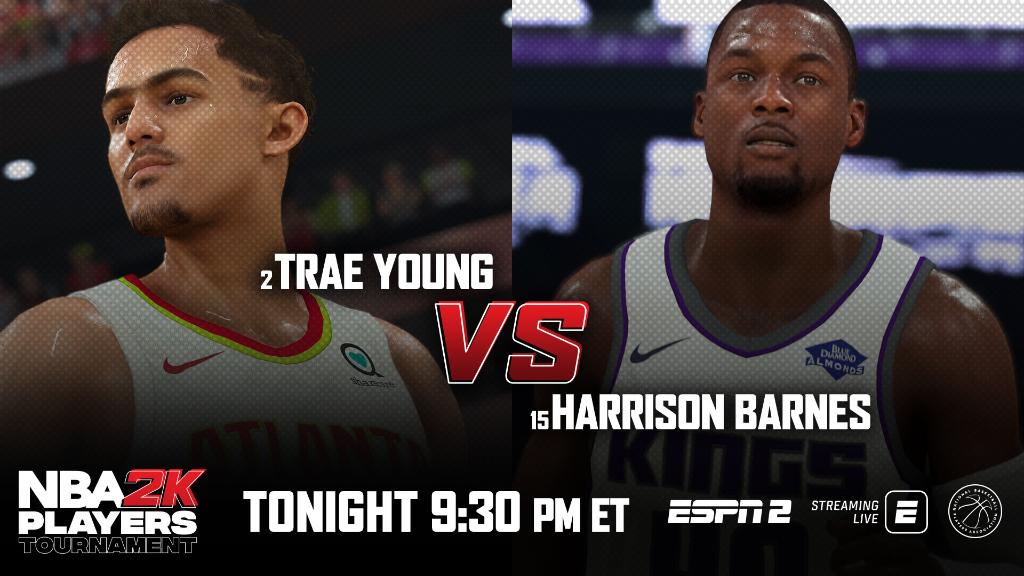 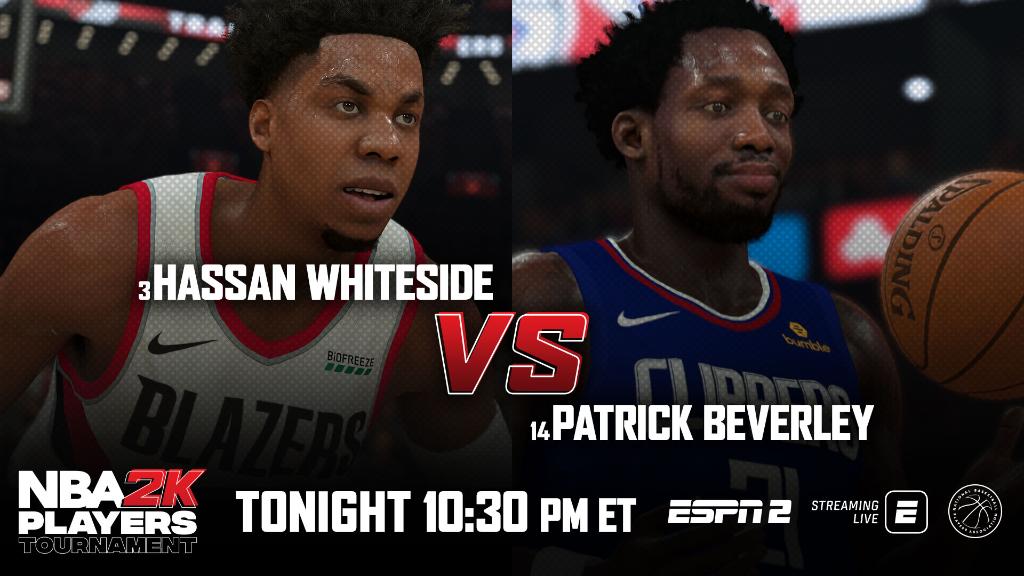