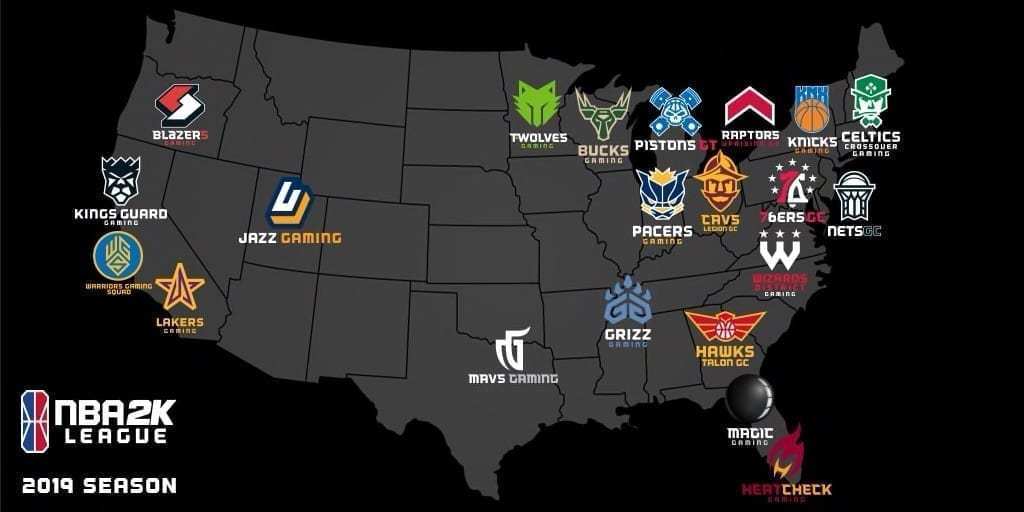 If you missed out on week 5 of the 2019 NBA 2K League regular season, read the recap below and don’t forget, week 6 of NBA 2K League action continues tomorrow, at 6 p.m. ET. Fans can watch on Twitch and YouTube.

BP3: On Wednesday, May 15, Kings Guard Gaming’s Michael “Bp” Diaz scored 41 points and set the NBA 2K League record for three pointers made in a single game with 11 in a 81-61 victory over Pacers Gaming. The No. 3 overall pick in the 2019 Draft averaged 26 points and eight assists per game in Week 5, leading Kings Guard Gaming to 2-0 record for the week. To view highlights from Diaz’s record-setting performance, click here.

WARRIORS SWEEP: Riding the momentum of winning THE TURN powered by AT&T, Warriors Gaming Squad notched two victories in Week 5. On Thursday, May 16, Charlie “CB13” Bostwick led Warriors Gaming Squad to a 64-28 victory over Magic Gaming with 25 points and six assists. Alex “Bsmoove” Reese (left) would add 17 points and five assists in a 60-39 victory over Lakers Gaming on Friday, May 17.

MORE THAN A GAME: During their bye week, Arteyo “Dimez” Boyd (left) and Mavs Gaming (7-0) served lunch from The Stewpot at The Bridge, which serves as a safe-haven for homeless and at-risk individuals in Dallas and provides basic resources and survival needs. To see photos from the event, click here.