Week 12 of the 2020 NBA 2K League regular season tips off now. All 23 NBA 2K League teams will participate in regular-season gameplay from their local markets with matches airing live on the ESPN app, Twitch and YouTube.

THE CHASE FOR PERFECTION: Raptors Uprising GC will look to continue the team’s historic season in Week 12. Toronto will attempt to record its 16th victory of the season and become the first NBA 2K League team in league history to have an undefeated regular-season when they visit Cavs Legion GC on Friday, August 7 at 7 p.m. ET. Point Guard Kenneth “Kenny Got Work” Hailey was named NBA 2K League Player of the Week for Week 11, winning the award for the fourth time this season.

Your Week 11 Player of the Week is @KennyGotWork!

This is the fourth time this season the @RaptorsGC PG has won the award! 💪 #ThisIsNotAGame pic.twitter.com/rs1UGTQ6pc

THE GOLDEN TICKET: THE TICKET powered by AT&T, the NBA 2K League’s third and final in-season tournament, will begin Thursday, August 13 and run through Saturday, August 15. New this season, the 14 teams that are not one of the top nine playoff seeds will compete in THE TICKET, which will see the winning team earn the 10th and final spot in the 2020 NBA 2K League Playoffs in lieu of prize money. The team that finishes the regular season in 10th place will automatically advance to THE TICKET Finals. The 13 remaining teams will compete to become the second participant in THE TICKET Finals. Click here for additional information.

Matches will run from 5-11 p.m. ET each night and air live on the NBA 2K League’s Twitch channel, in addition to select matches airing live on ESPN’s digital platforms and the NBA 2K League’s YouTube channel, and on delay on eGG Network in Southeast Asia. Dash Radio’s Nothin’ But Net channel will also provide live coverage of the tournament.

LEADING THE BUCKS: Bucks Gaming rookie point guard Reginald “Regg” Nash’s play this season has him firmly in the NBA 2K League Rookie of the Year conversation. Selected with the 12th overall pick in the 2020 NBA 2K League Draft delivered by Panera Bread, Nash currently ranks fifth in the league in scoring (32.8 ppg) and third in assists (8.6 apg). Nash and Bucks Gaming will visit Mavs Gaming on Friday, August 7 at 10 p.m. ET in the NBA 2K League Game of the Week.

Here are the current standings. 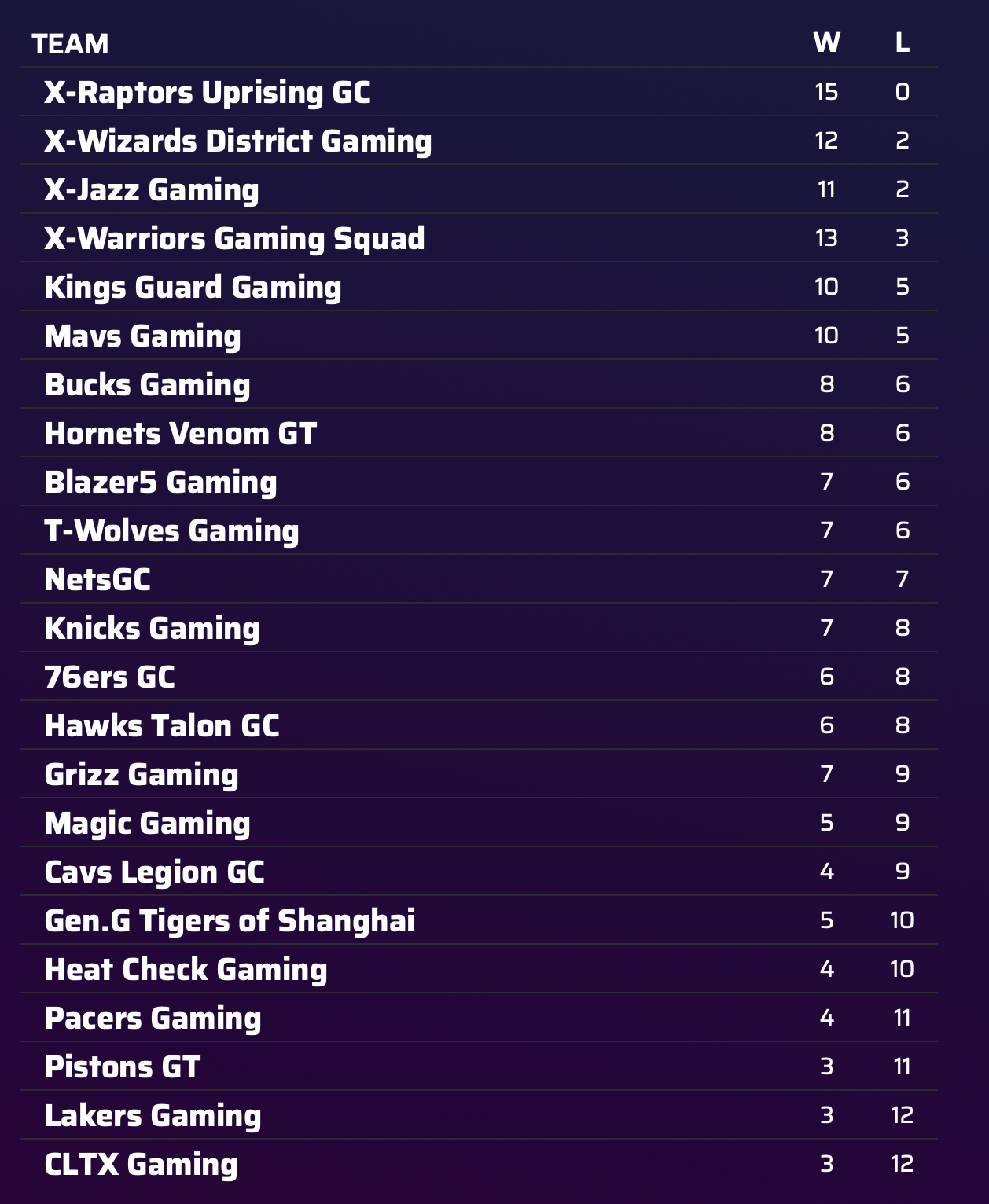