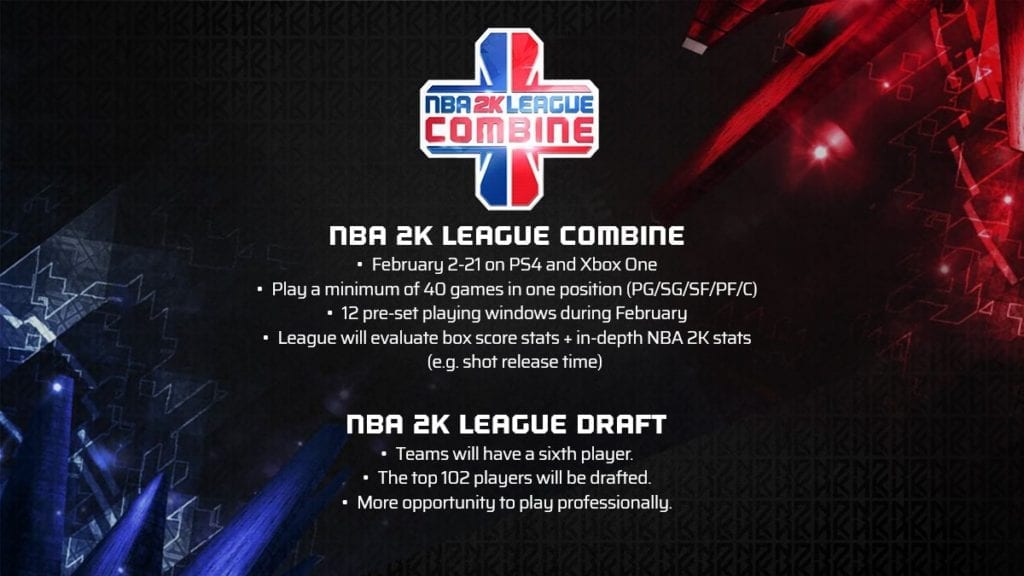 The NBA 2K League Combine, the next stage for qualifying for the league, takes place from February 2 – February 21.

The NBA 2K League player pool has expanded from 85 players to 102, allowing roster flexibility. The combine will now identify the top 102 players and each of the 17 teams participating in the inaugural season will draft six players.

There’s more info on the NBA 2K League website. We’ve attached the most relevant details below!

Players must be 18 years old and be high school graduates to be considered for the league.

Players will be able to apply during February when the online application for the combine is made available.

102 total players will be drafted onto teams.

There will be 12 playing windows available from February 2 – February 21, and all combine play must take place during these windows. Playing windows are distributed to suit the various regions of our global playing community.

The playing windows are listed below in Eastern Time (ET):

Players will be required to play 40 games at their required position during the play times.

Games will consist of four, 6-minute quarters, with standard Pro-Am rules. If a player fouls out, they will be replaced by a AI participant. There will be one position played per team (i.e. even roster composition using Point Guard, Shooting Guard, Small Forward, Power Forward and Center). Players will have five archetypes to choose from for each position, but must compete in only one position throughout the combine.

There will not be a leaderboard, however participants will be able to view statistics and VOD highlights (video-on-demand) of their games throughout the combine.

Players Will Be Notified If They’re Being Considered

This is the big one, as your stats are tracked you’ll be notified of taking next steps in case you are being considered for the next level of the process. 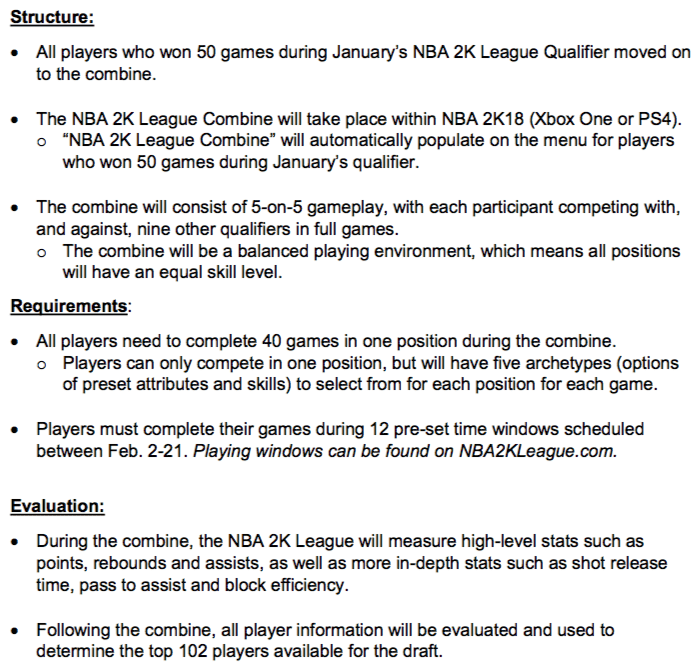