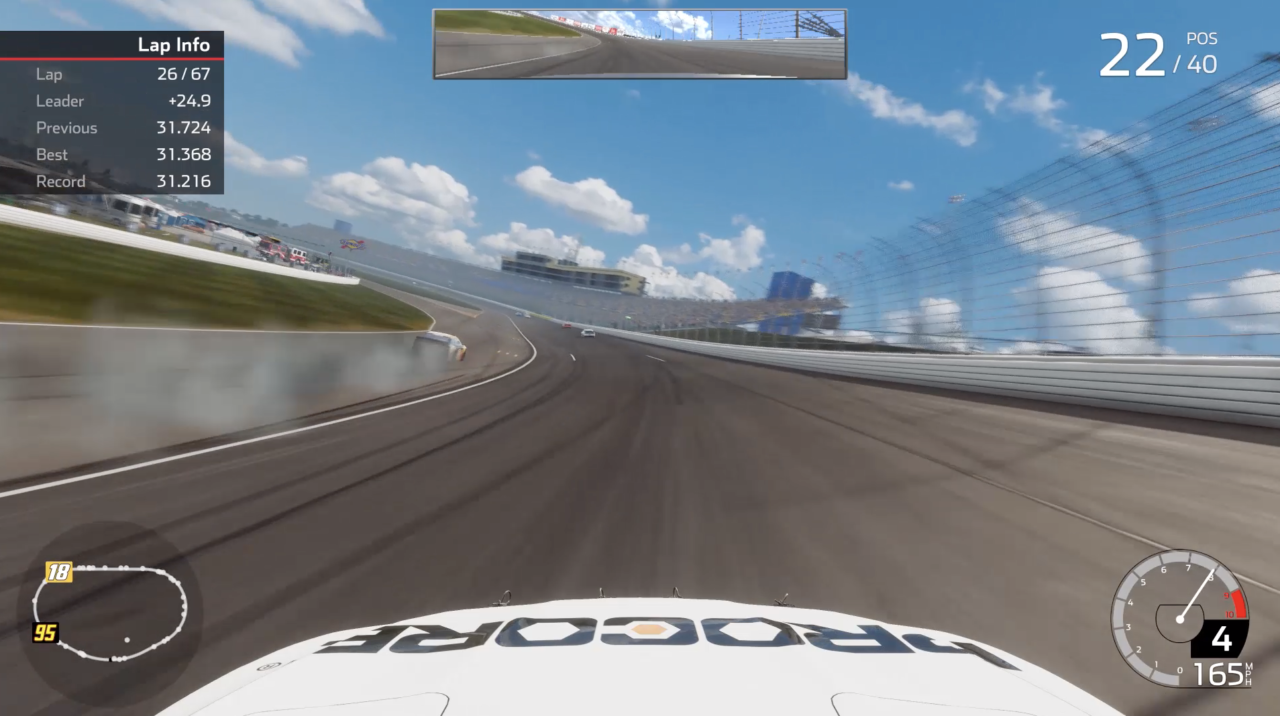 704 Games is set to release the fourth incarnation of NASCAR Heat in just over a month, and the group was kind enough to invite me to their “compound” for the day. We played NASCAR Heat 4, talked NASCAR Heat 4 and broke down all the improvements this year to the series. There were a lot of things I loved, some things I liked and some things I cannot discuss. With that being said, there is plenty I can talk about so let’s get to it.

What a difference a year can make in the way each car in each series now handles. Of course, it’s easy to say that each car felt much better in the way it handled, but the reasoning behind that statement is what has me excited. In prior versions of NASCAR Heat, it felt as if the car rotated and turned on a single point/axis or a “pole” that was placed in the center of the vehicle. With NH4 though, the game provides multiple points of emphasis when it comes to car physics, and the result is a car that reacts more realistically and has a much “heavier” overall feel. 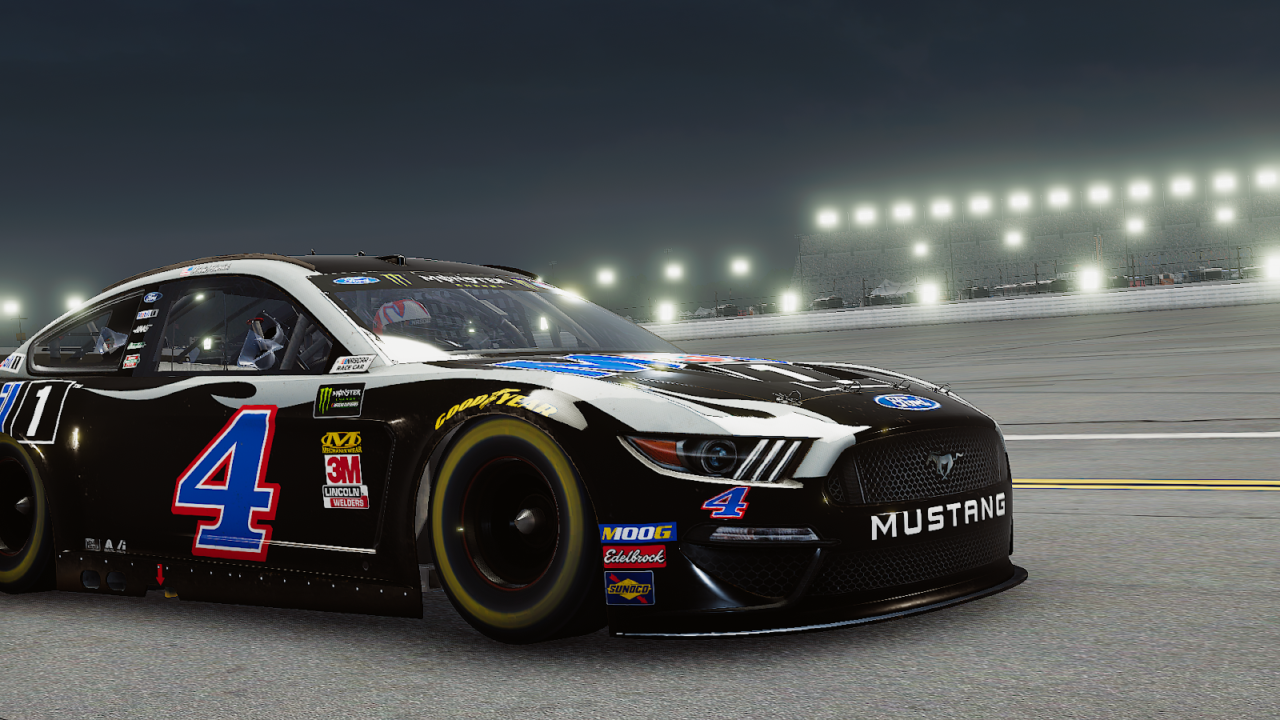 The new improvements allow the driver to rub and race a bit easier in a realistic fashion when fighting for position. There also seemed to be real connectivity between the controller and the action on the track, as I could feel the car and its reaction to the road and the other drivers around me. All this combined provides for a much more enjoyable time on the track with NASCAR Heat 4.

An common complaint with NASCAR Heat 3 was that the AI drivers would come across as complacent when racing each other and were casually satisfied with their current on-track position. They rarely showed urgency trying to move through the pack and reacted the same, whether it was lap 20 or 200.

In my time with NH4, I found them not only being aggressive with me but with each other as well. In watching the AI drivers ahead of me on the track, it was quite noticeable the effort they were making trying to find more speed and overtake each other by utilizing multiple grooves and approaches. On top of that, the AI drivers showed a stronger reluctance to give up their current position. 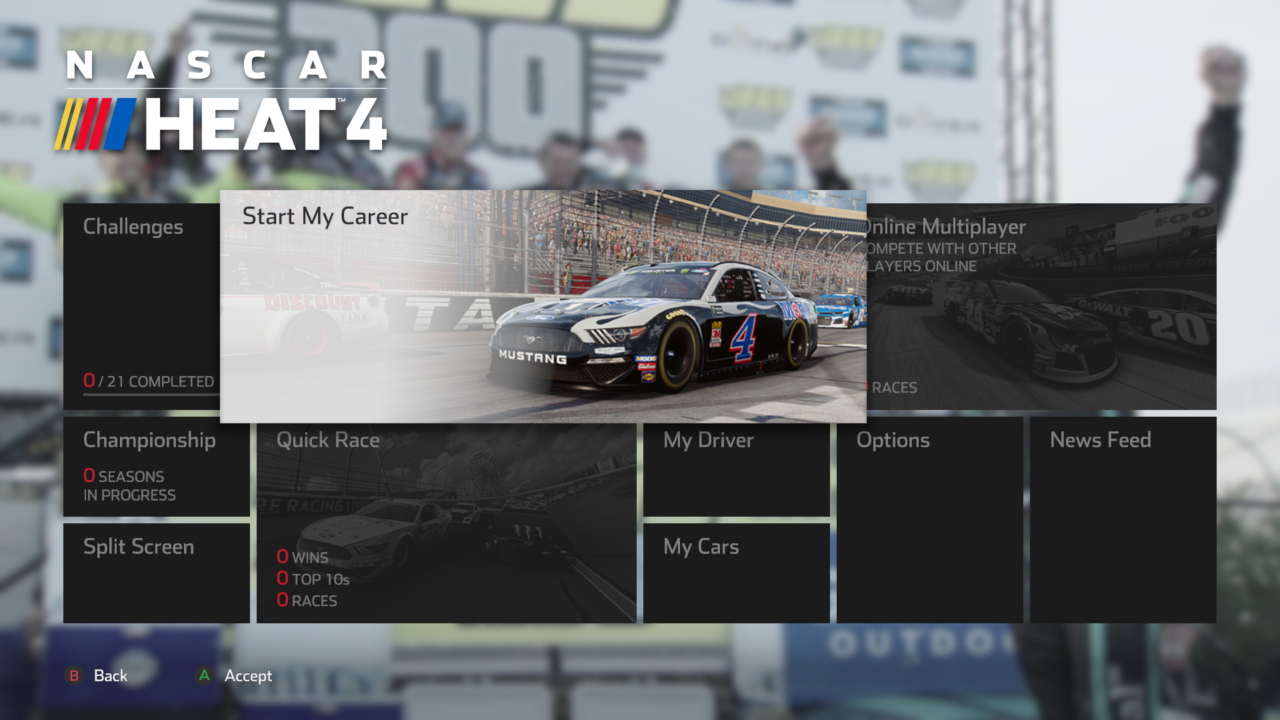 One of the knocks that existed with the older Unity engine the NASCAR Heat games had been built on had been the struggle to provide developers with both strong graphics and frames per second at the same time. Now that the Unity engine has been updated and improved, the ability to deliver better graphics, realistic physics and natural lighting have become much easier for the developer, all while maintaining a steady frames per second. 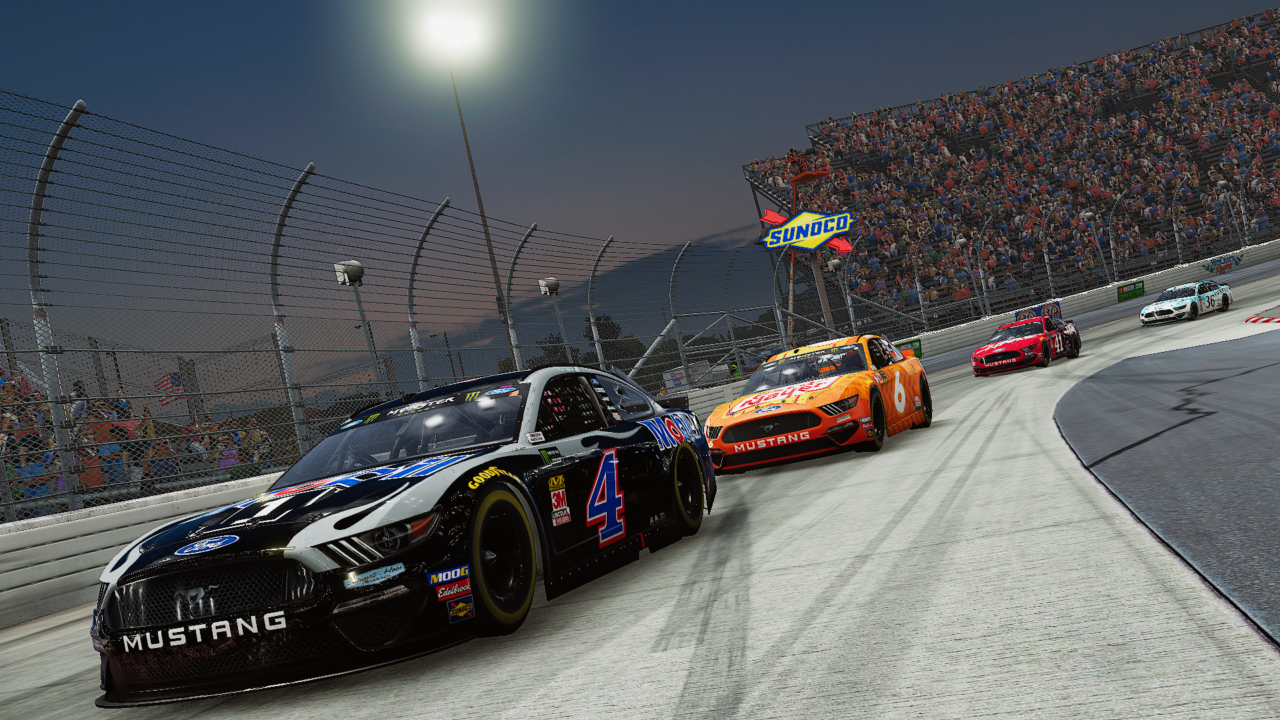 The overall improvements were noticeable the moment I put eyes on the screen and had a controller in my hand. The colors are deeper and more natural, and the game has a much more realistic look and feel. NASCAR Heat 4’s improvements in the graphics department, specifically the car, track and crowd detail, had an immediate impact on my experience and helped deliver a much-improved feeling of immersion.

Amazingly, I was informed that 80 percent of the time spent with the NASCAR Heat series by gamers was spent in career mode. So, it makes sense that 704 Games would look to create a deeper and more challenging experience for this mode. Some of the improvements will include less “Hot Seat” time, deeper crew development and execution, and the ability to start your career in any one of the three series, instead of having to work your way up to the Cup series. 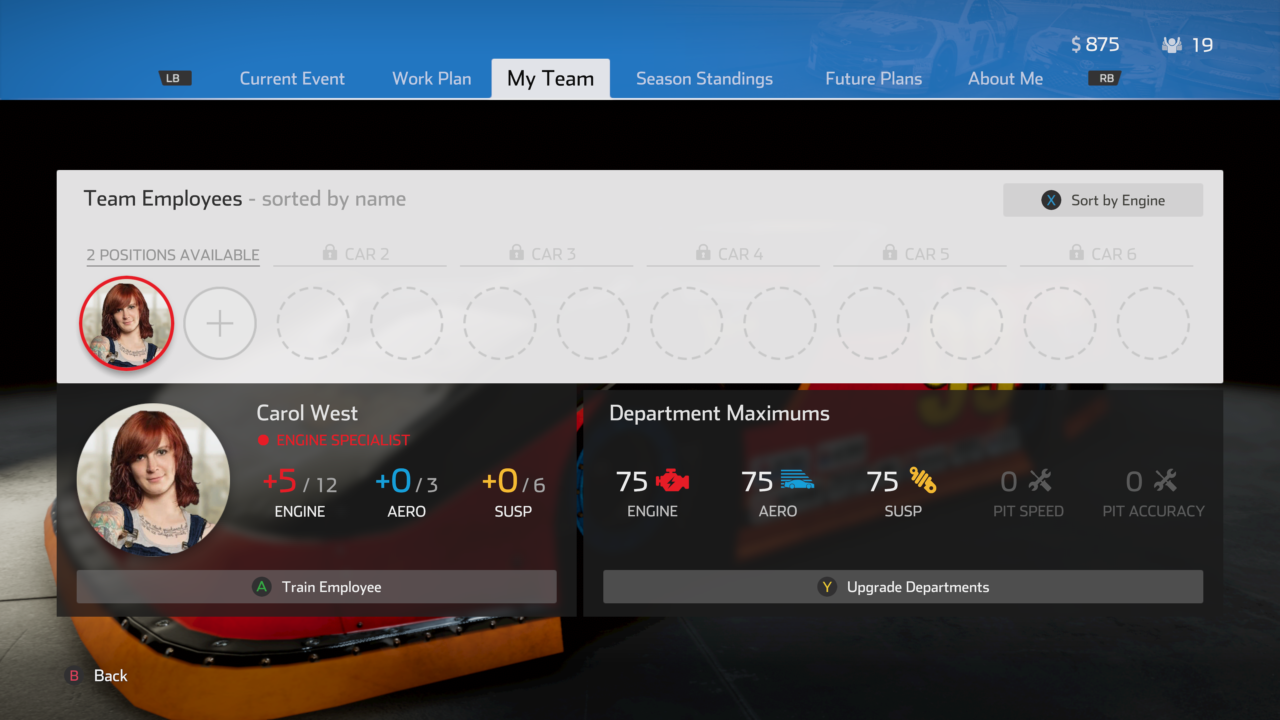 For team owners, the game will now force you to manage your money and your car on the weekend as car damage will carry over and cost money to fix and improve. Running short on funds and your superspeedway car is still damaged? Surprise, that is the car you’re taking to the next superspeedway you visit, regardless of the vehicle’s current condition.

Career mode now realistically blends all aspects of being a car owner together and forces you to stop being so singularly focused. Instead, you now have to see your career as a collection of many parts.

I need to be careful not to overstate the improvements seen from year to year in any given title, but I have no issue saying that the changes to the core gameplay are substantial and will be felt throughout all modes of play. The testing I did was on a PS4, and from graphic fidelity to smart and aggressive AI (and a lot in between), the improvements were tangible and on point. Look for a new preview of NASCAR Heat 4 about two weeks before launch.