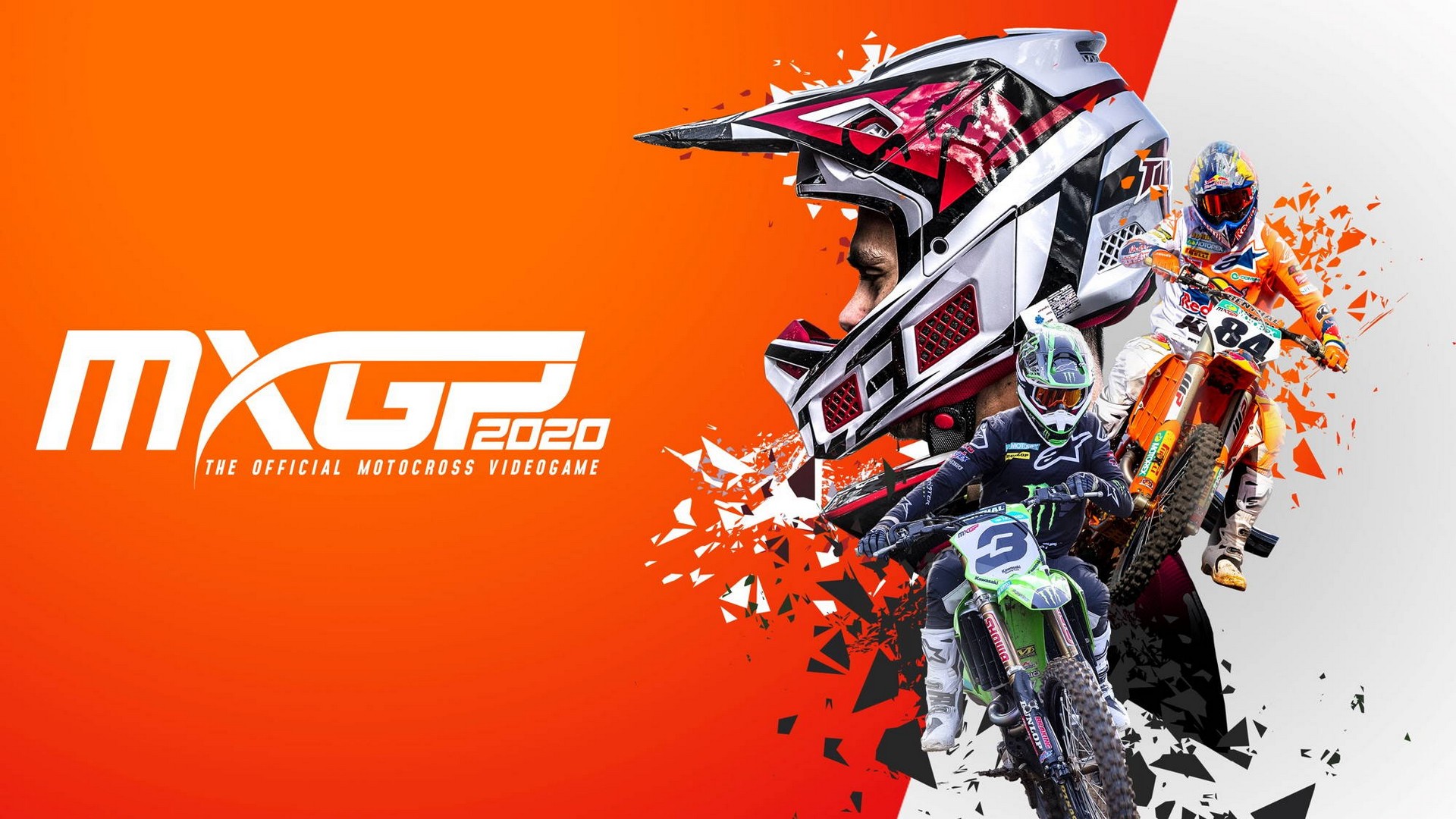 Milestone is back just in time for the holidays with its latest iteration of the popular dirt bike series, MXGP 2020. This will be the sixth edition of the MXGP series, and for me, a title that I have always looked forward to. Milestone has proven to be very methodical in its choices to improve and add on to this series, but the developers have found ways to keep the series fresh and trending in the right direction. Does MXGP 2020 continue down that path or move in another direction? Let’s find out in my MXGP 2020 review.

After spending about 15 hours with MXGP 2020, I believe Milestone has delivered some of the best on-track controls to date for this series. The handling of the bikes in the MX series has always been solid, with small deviations from year to year. In MXGP2020, the controls feel strong and contextual, and it’s all in the minutia of the control system that allows the player to feel in command of the bike.

This becomes extremely evident on some of the more technical tracks and in inclement weather when such control is needed. If Milestone didn’t provide such a grasp on control, frustration would take over, and do so quickly.

That’s not to say I didn’t experience any frustration, as I did early and often. Each bike feels different on each track, and with different types of track and weather my skills were challenged, especially on the higher difficulty with realistic physics being utilized.

Learning how to control each bike took me time, and that is how it should be set up. No bike feels the same, and no track offers an exact experience as the one before or after it. My suggestion is to take your time to learn the control system and always utilize the track map provided in the game because it allows you to see what is taking place now and what is awaiting you at the next turn. 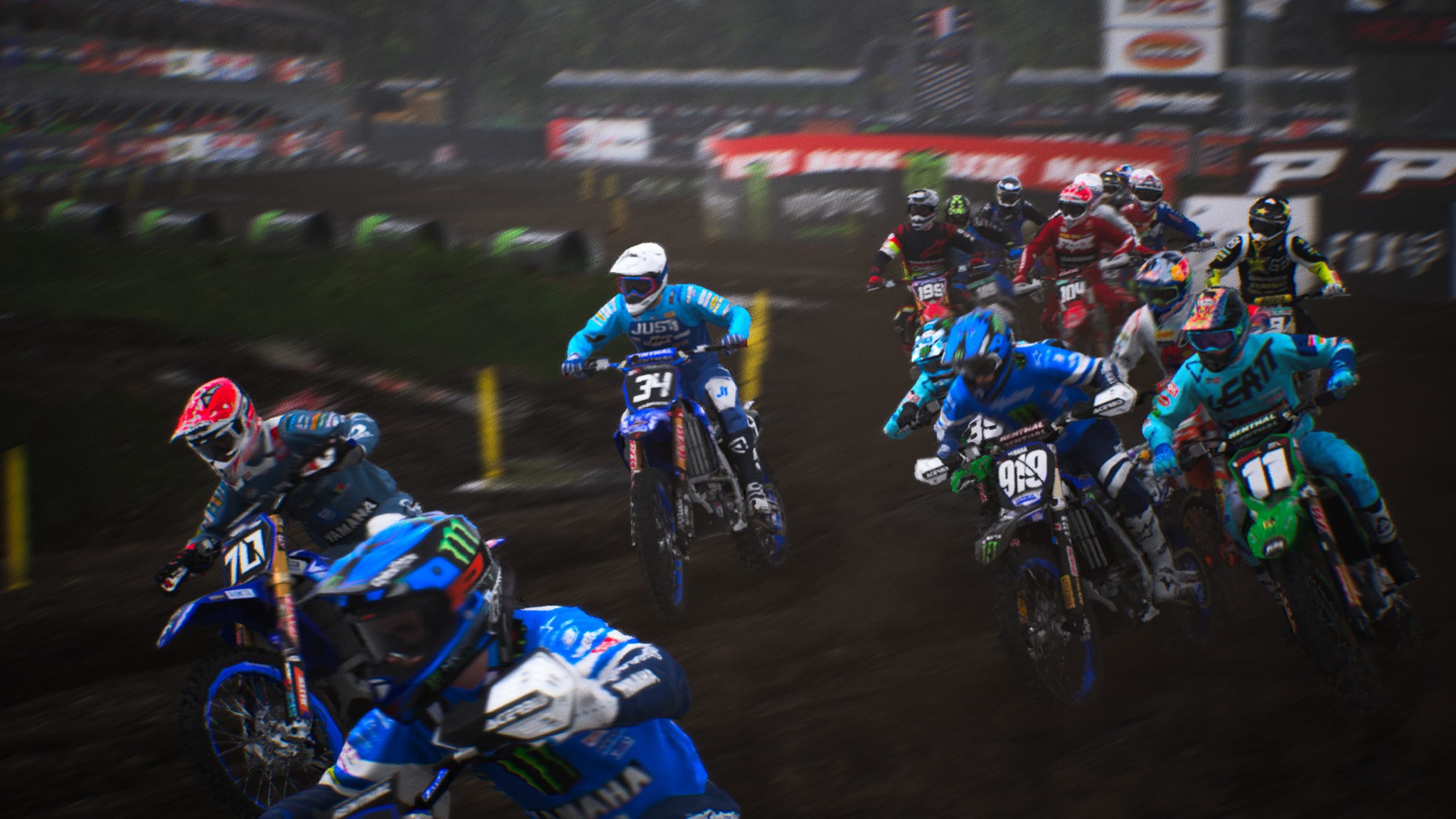 While the control system that Milestone has proved here with MXGP 2020 may not be perfect, it works at a level that can be appreciated. It helped me worry less about control and more about what I was doing on the track.

In career mode, you take the role of a rookie in the world of motocross, join an official team, or create your own. As an officially licensed title, you will find yourself, you guessed it, racing through the official 2020 season. 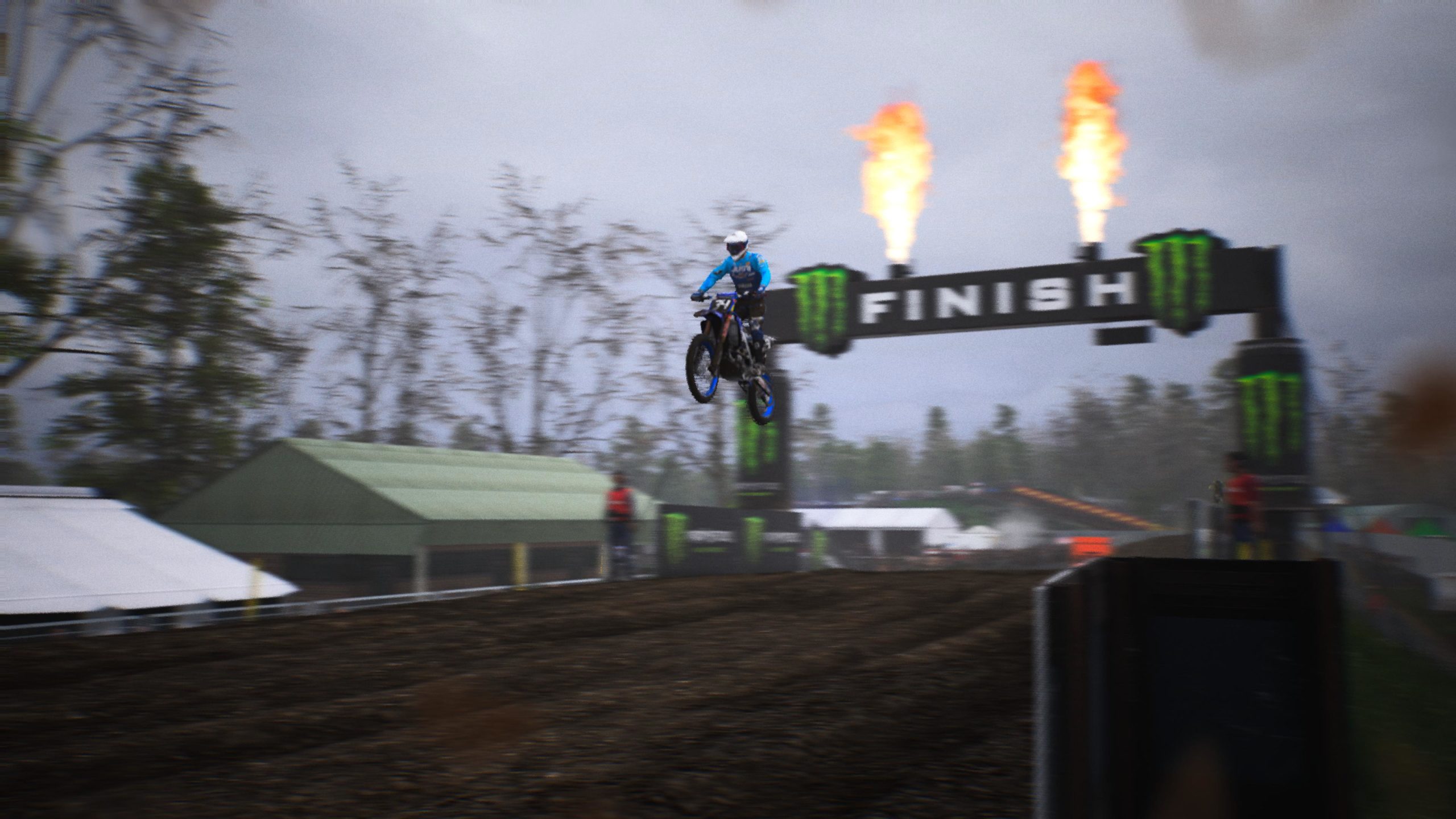 The career mode in MXGP 2020 is about as straight forward as you can get, and while I wouldn’t describe it as simplistic, it lacks the proverbial bells and whistles that you see in a lot of other career modes.

One of the best aspects or components of the career mode is that it is very customizable to the point where it allowed me to determine the difficulty, the length of each weekend, tweak my bike before each race, and even change contractual agreements throughout the season.

Speaking of contracts, the ones provided in the game, if you joined an official team, are also straightforward. There are weekly goals that need to be met in order to provide the sponsoring team with a sense of “return on investment,” but the goals are reasonable, and I had no issue continually delivering successful returns to my sponsor.

All I can ask for from a game’s career mode is to provide longevity and a feeling of immersion and fun. MXGP 2020 does just enough to keep you excited to hit the next event week in and week out, and while some tasks and tracks are more difficult than others, career mode stays fresh and fun enough to warrant a long relationship.

I’m not going to mince words here as the presentation in MXGP 2020 is still not a significant upgrade from past versions. However, there have been some tweaks that make it feel more personal and more like an event is taking place over the weekend — instead of just a race.

The game does provide a nice introduction of the track and a close-up look at your rider as the gates are about to drop, which gives things a bit of flair and emotion. It’s nothing that we have not seen before and it is not close to being genre-defining, but the developers are taking notice and trying to add to the overall presentation package.

The official MXGP series is full of life, sounds, and people, and that type of pageantry still needs to be conveyed in-game at a much deeper level. Strides are being made, but hopefully next-gen consoles bring much more life to future MXGP games.

The ability to create and share track creations in the MXGP series has always been one of my favorites. This year, Milestone has mixed it up a little bit by adding some new additions to the creator to give people a bit more flexibility. 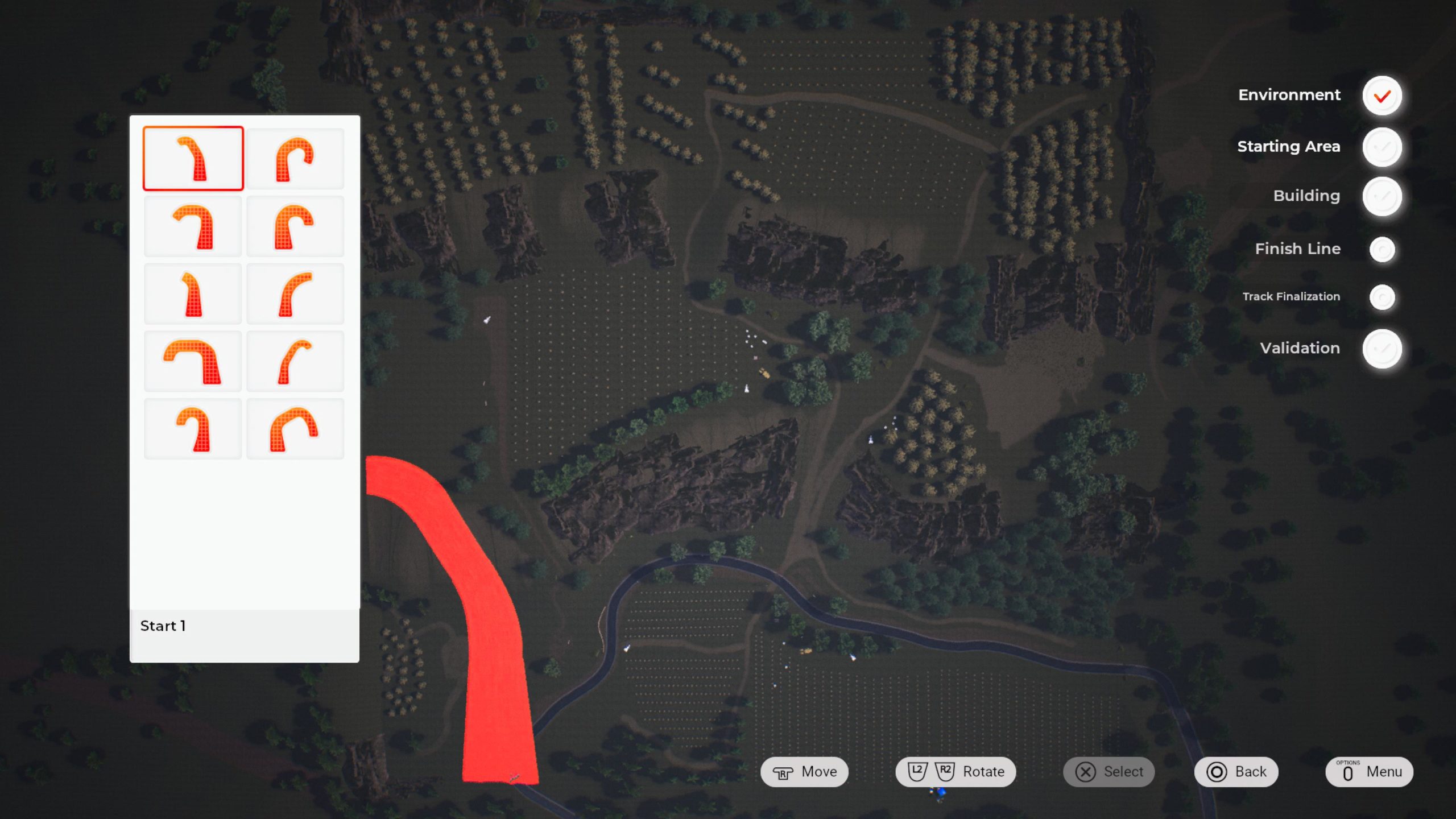 You can now choose between four different terrain types. Within that structure, there is now an ability to use the heightmaps to create a track in a realistic way, even through hills and mountains using all-new altimetry. That sounds like a lot of jargon or developer speak, but what it simply means is the creator now has an easier way to create what they see in their mind.

Even if you’re not really the creative type, the track creator in MXGP 2020 is simple and intuitive, and quite addicting. I found myself sitting there for almost two hours of testing, tweaking, and having a blast, and I am sure that sentiment will be felt by the masses.

The tracks created and delivered in MXGP 2020 look outstanding and feel excellent beneath the bike, but that’s not my issue with them. My issue, and it seems to change year to year with each new iteration, is the track degradation and how it’s mostly non-existent.

Depending on what yearly title you play of Milestone’s MXGP series, the track degradation can range from very good to almost invisible. This year it falls closer to non-existent, at least while playing on my PS5.

That doesn’t mean I haven’t seen some part of the track forming deeper ruts, or multiple wheel grooves, or impact from the weather, it just feels limited. Hitting the track in MXGP 2020 is a fun experience, but the lack of true and consistent track degradation lessens the immersion factor.

Here is where it gets a bit tricky for the review as I am playing a PS4 title on my PS5, so a person’s experience while playing on a last-gen system or on PC may differ. While the tracks and bikes look good, there is an overall blurred effect that is taking place, and it is quite notable. 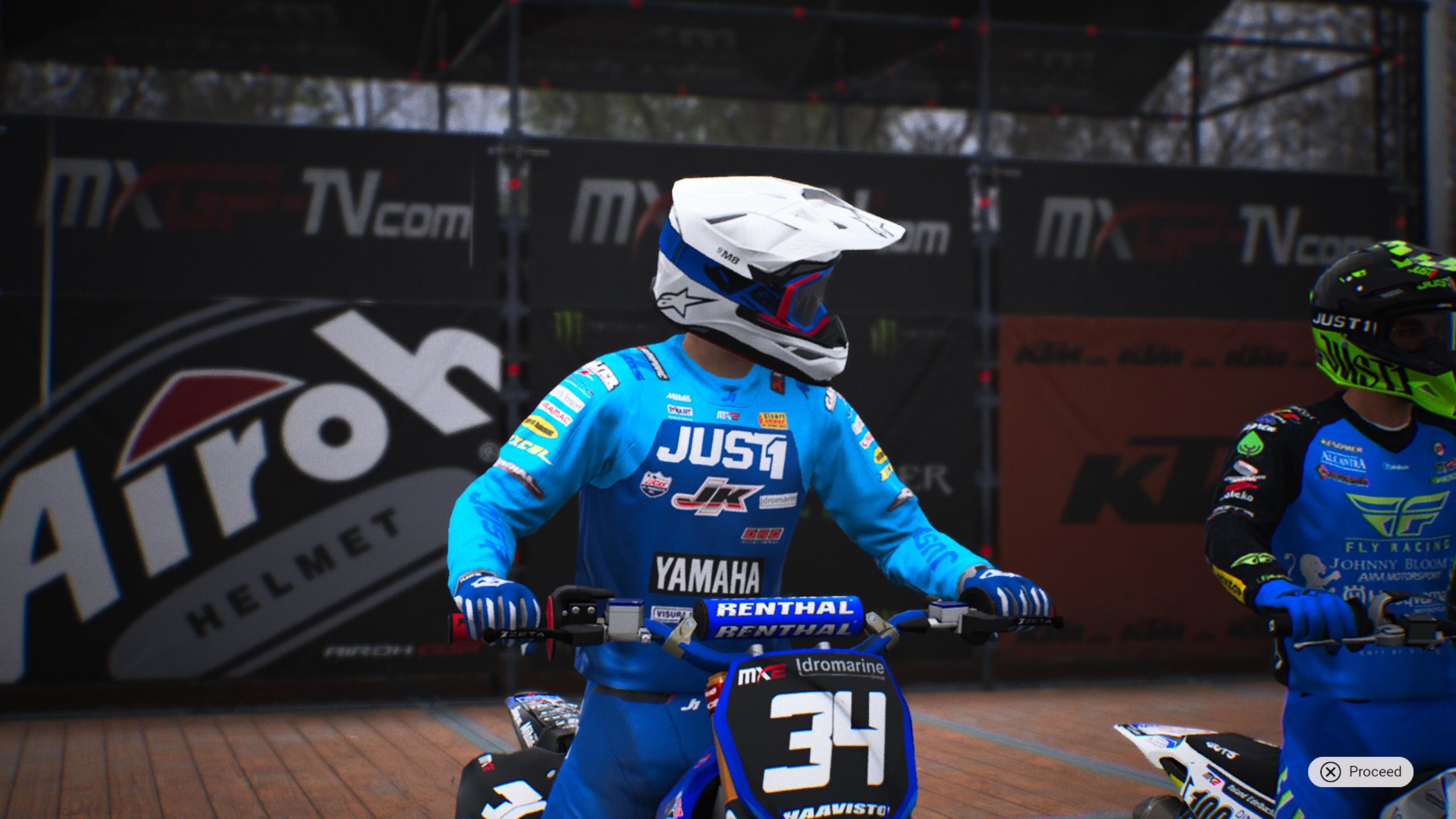 While Milestone games have never been the litmus test or the barometer to measure raw graphics, this year’s version seems to have taken a small step back — or is just at the the same level as previous iterations.

That being said, on the PS5 the frame rate is fast and consistent, and keeps the overall experience a fun one. My hope here is that when the next-gen version drops we see a jump in the graphics department. 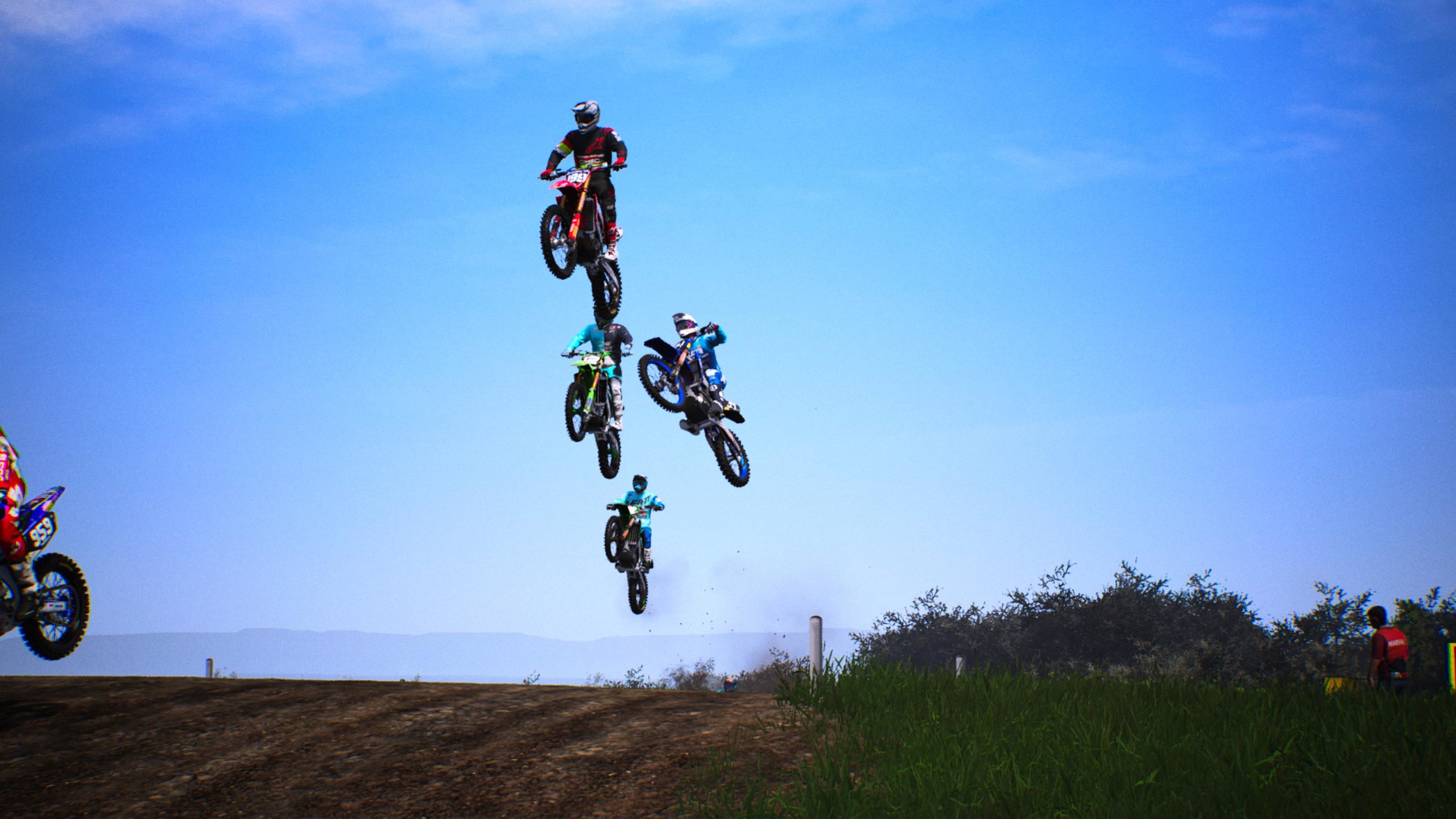 For those who have purchased the game on either the Xbox One or PS4, the next-gen version will drop on January 14 of next year. While Milestone has been pretty quiet about this upgrade, the studio has released a bit of information about what to expect.

As I said, the amount of information is limited and basic, but there is an upgrade coming, and sooner rather than later.

If you are at all familiar with Milestone’s work, then MXGP 2020 is going to feel familiar, and in some ways very similar to one of its other series, Monster Energy Supercross. There is some real depth to the title with a solid offering of modes between online, career mode, the track creator, a revamped playground, and more.

The game provides a plethora of accessibility options for those looking to give the series a shot for the first time, so even if MX racing games aren’t high on your list or rotational options, MXGP 2020 offers a lot of fun and replayable elements, especially during the holiday break.