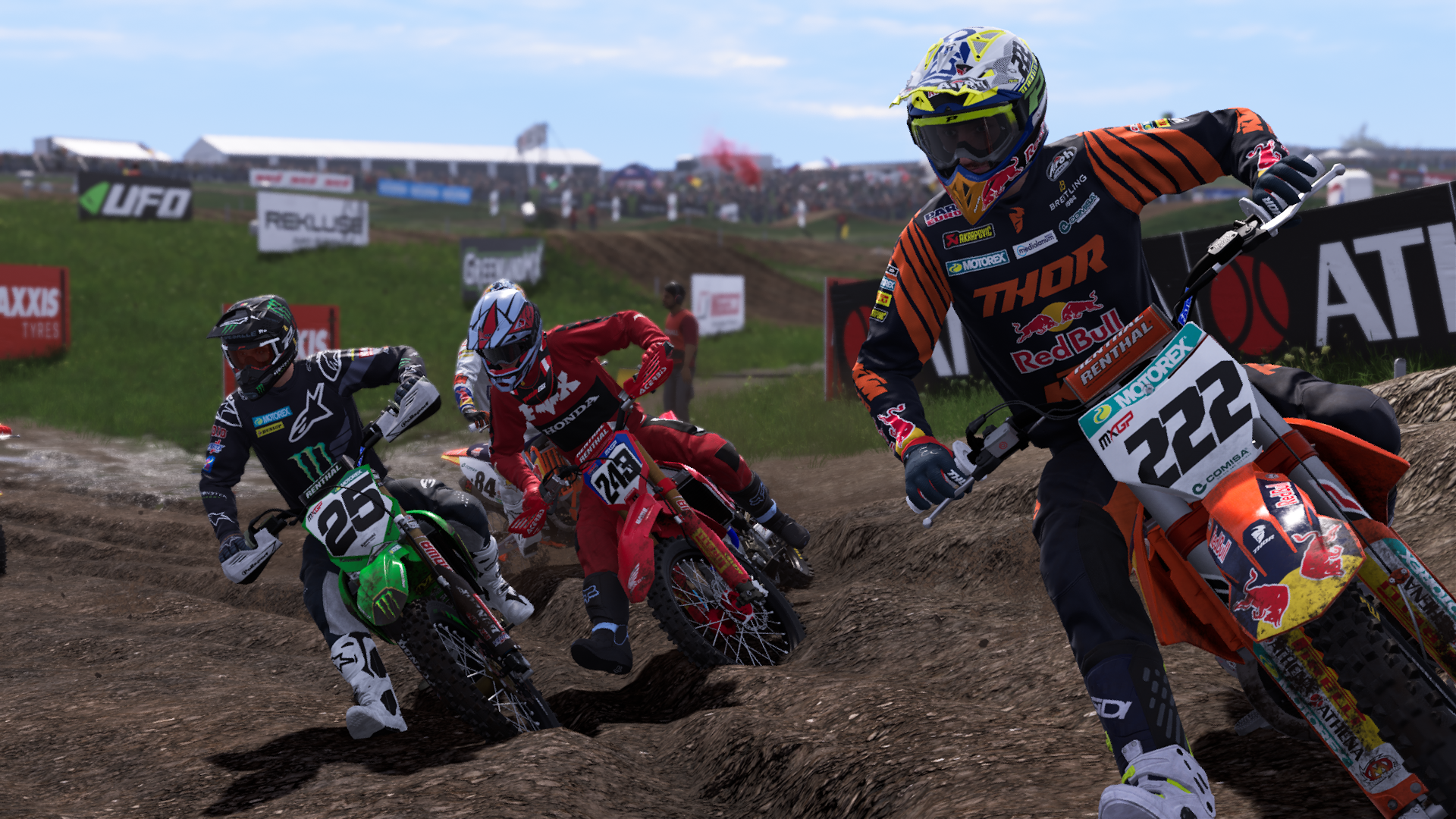 While the team has delivered quite a few patches since its December release, working remotely has slowed down some of their promised features. The team mentioned today, they won’t release the co-op in the playground and the synchronous multiplayer waypoint race as originally planned.

If you haven’t read it yet, check out our next-gen review of MXGP 2020 here.

Not only did I feel the vibration of the world around me, but there were also nuances to each effect that made them feel individualistic. On the track, I could also feel my opponents grinding up against me on turns or when racing down a straightaway, and track surfaces are brought to life with the usage of controller haptics. It’s hard to describe the differences between this gen’s version versus last gen’s effort without having the actual controller in your hand, but the PS5 controller haptics and triggers draw you further into the game than ever before.