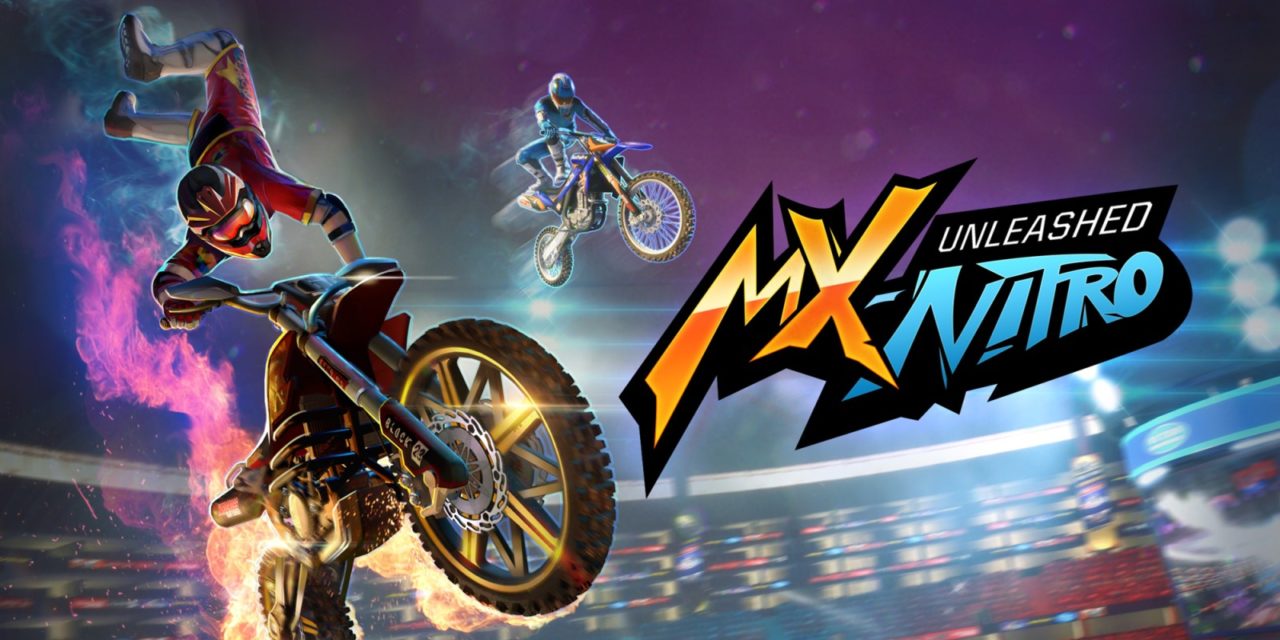 If you have ever set down with the likes of World War Z, Witcher 3 on the Nintendo Switch, Ghostbusters: The Video Game or NBA Playgrounds, then you have already played something by Saber Interactive. They have a strong library of titles and have added a new one in the form of MX Nitro: Unleashed.

While I absolutely love arcade titles like this, a strong career mode is typically not in the cards. While the career mode in MX Nitro obviously does not contain the depth of what you would see in the F1 or NASCAR Heat series (not even close actually), the game does offer quite the long journey with multiple paths and objectives to complete throughout. 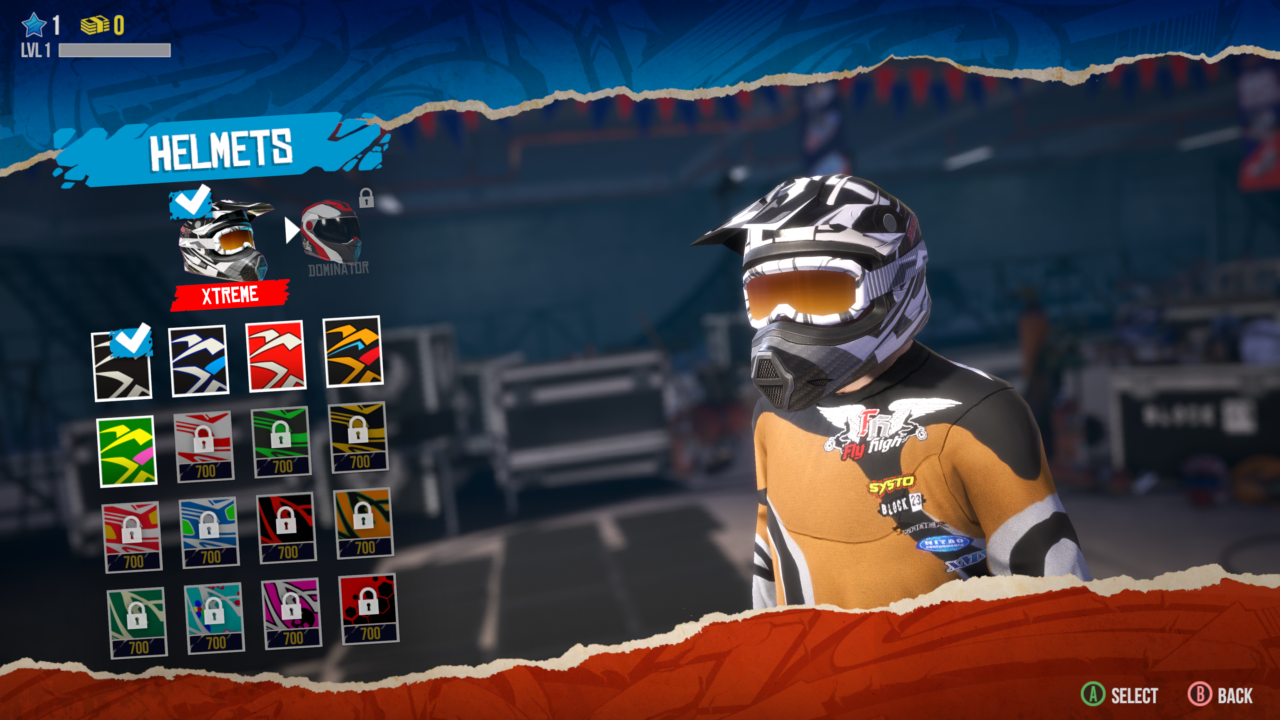 The goal with each race inside career mode is to accumulate trick points and place the best you can. Sometimes finishing in the top two or three is enough to advance, other times the game requires a bit more than that. Each race also offers secondary objectives that help with the points accumulation and to unlock new gear, new bikes and extremely helpful upgrades along the way.

MX Nitro also offers unique opponents that have a specific skill set, and you must match them in ability and performance as best as possible. Your approach, if not correct, will lead to nothing but failure and frustration. I found myself constantly having to switch to different bikes and upgrading them to beat certain rivals. 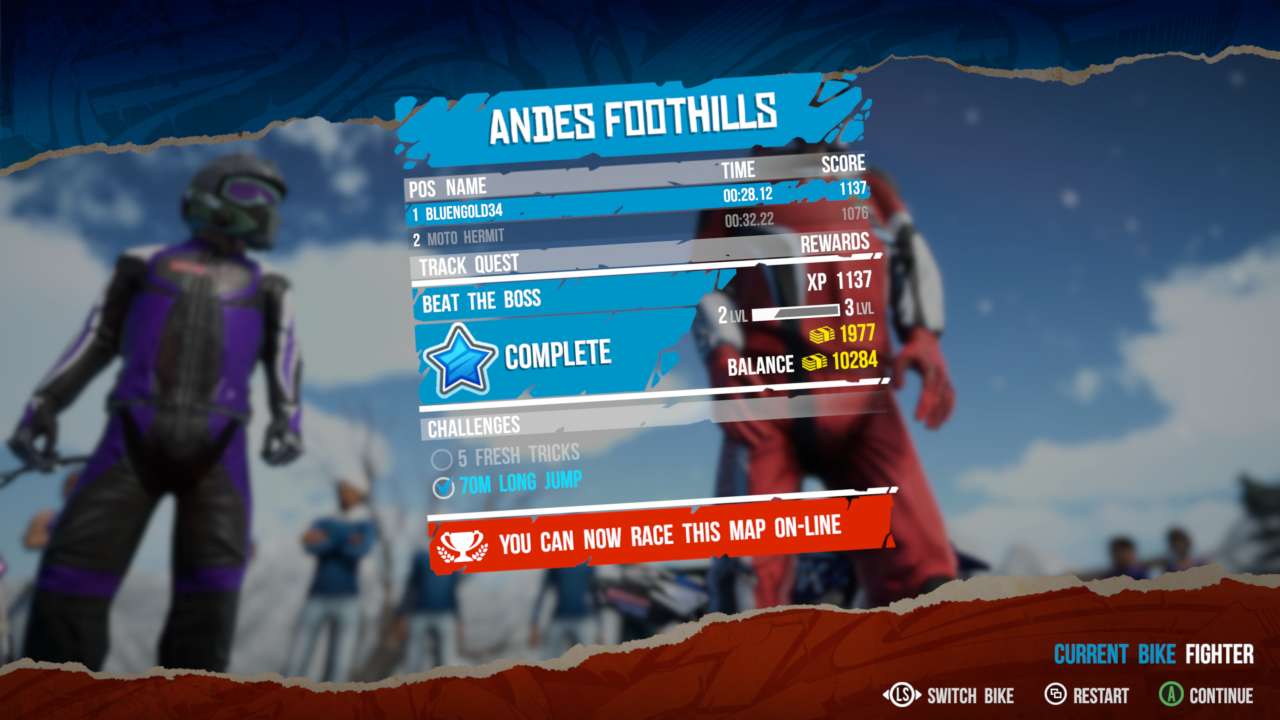 Saber Interactive has created a deep, fun and addictive career mode in MX Nitro, and I found myself wanting to go back into their world as often as possible. At no time did it feel like I was stuck in a rut or forced to “grind it out” to finish a challenge.

I spent hours in the career mode of MX Nitro, and I have a strong suspicion you will also. There is enough to keep you interested and having fun without needing to order a new controller because the one you previously owned now sits on the floor in multiple pieces.

MX Nitro threw a lot at me from the start, and after hours spent with the title, I still felt there was plenty more coming my way. Whether I was losing hours in career mode, racing online against real opponents, competing in race-now events, perusing through the in-game shop for gear, or in practice mode honing my stunt skills, the game offered me a solid amount of options that catered to my mood at the time.

Sometimes I want to lose hours at a time in career mode or racing online, sometimes I want a mindless but fun experience that doesn’t require much thought. This is an area where MX Nitro shines as I was able to find something that suited my current mood or whatever time constraints I was under.

MX Nitro is the type of title that I can sit down and play by myself, with in-house friends and family, or simply watch others play while I idly stand by. That’s a testament to the level of addictiveness, fun and straight-up “wow” moments the game provides. So, whether it’s you alone or you have young ones — this game will suit your needs at every level.

I could easily describe MX Nitro as a combo-timing game, a racing game, a stunt-jump game or even somewhat of a Trails clone. I would be correct with any of those descriptions. The truth of the matter is that MX Nitro is all those things combined, and I am here for all of it. 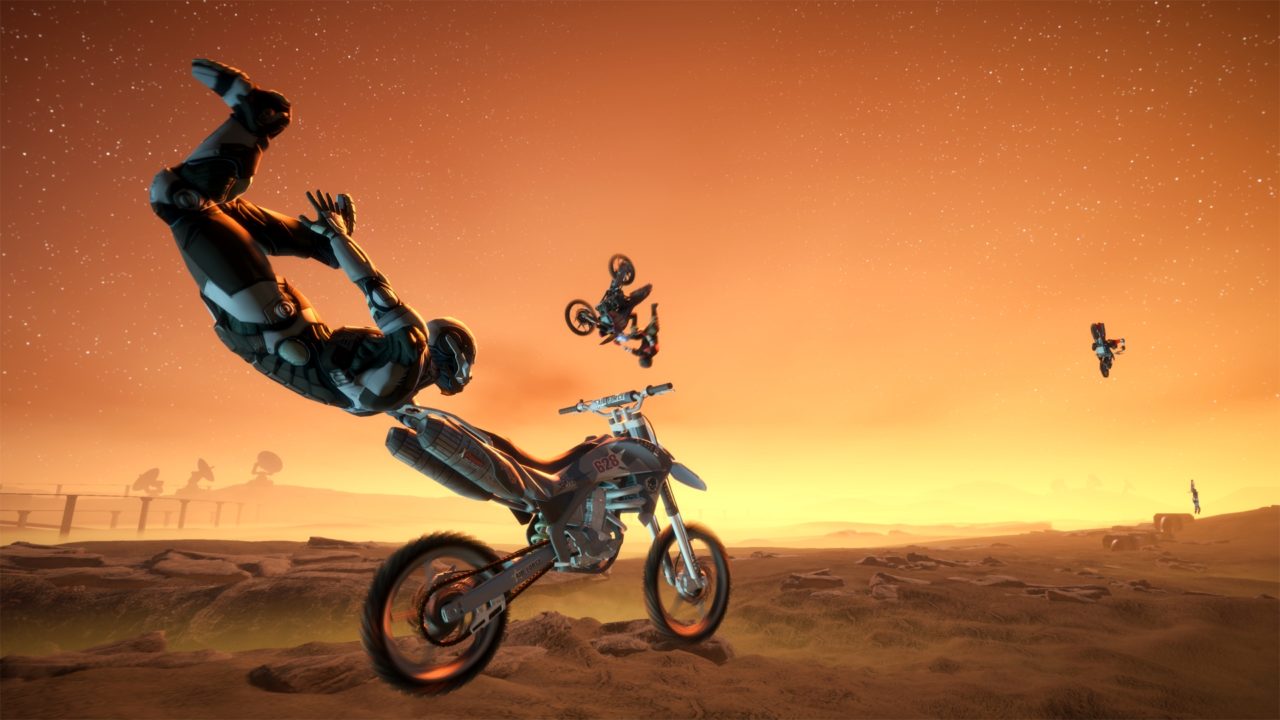 The best part about MX Nitro’s control system for me is that it never truly reveals itself as being any one of those as a singular entity. The combination of these makes the control system a blast to play with, and kept the game fresh and alive throughout my experiences with it.

The title also provides a substantial amount of variance in what needs to be accomplished during each race, so it never became stale or redundant for me. In some titles, the control system feels too advanced to the point where it becomes the focus, which should never be the case. With MX Nitro, it adds a deeper experience to what is already taking place on the course and shows itself as more of an enhancement to the overall enjoyment of the game.

The very nature of a title like MX Nitro means there are certain “wants” that I may not see in the game, and that’s understandable. In this case, I desperately wanted a replay system. I wanted that replay and photo system in order to capture, watch and possibly post some of the insane jumps and tricks that the game allowed me to pull off. 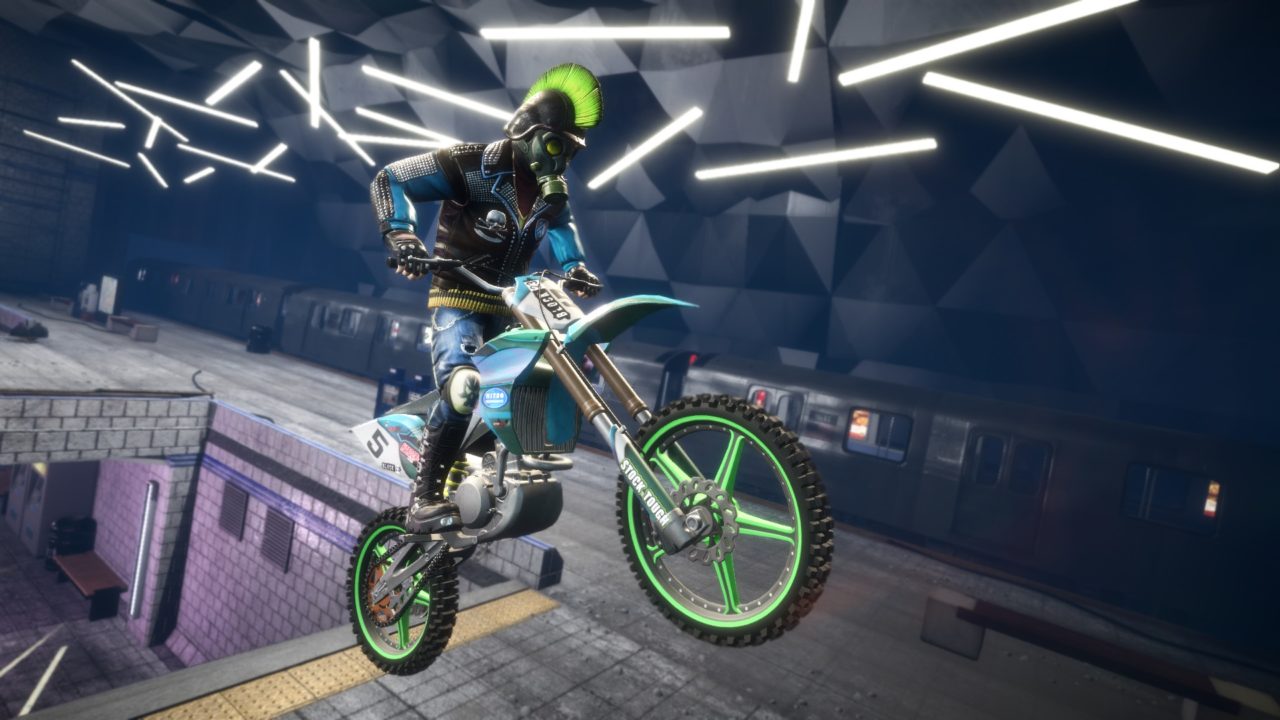 It is a bit of a surprise that the game lacks one because with the popularity of content creation these days, this title would seem a perfect fit for that.

The lack of multiple camera angles isn’t a game killer in any way for me. It’s barely an inconvenience. That said, the only option tends to cut you off from the full scale of the track or venue. I have a strong suspicion that the developers did this on purpose to force you to learn the tracks and hit your timing perfectly. I get that — I really do — but maybe one alternate camera wouldn’t have been such a bad idea.

Saber Interactive has added another quality title to their arsenal, as MX Nitro: Unleashed is worth every penny and a whole lot more than the $9.99 (USD) price tag that it is being offered for right now. Under the hood, it’s a packed game that offers fun, depth, longevity, addictiveness and accessibility.

MX Nitro offers a lot of everything and had me wanting to keep playing long after I felt I had enough for the review. There is a strong reward system that is built into the game that constantly gave me a sense of accomplishment and a high level of fun that I always long for these days.

The bottom line is that even if you’re not a racing fan, a dirt bike fan or a stunt game fan, there is enough inside MX Nitro that justifies you adding it into your rotation and keeping it there for some time.

MX Nitro is available now for PS4, Xbox One, Switch and PC.