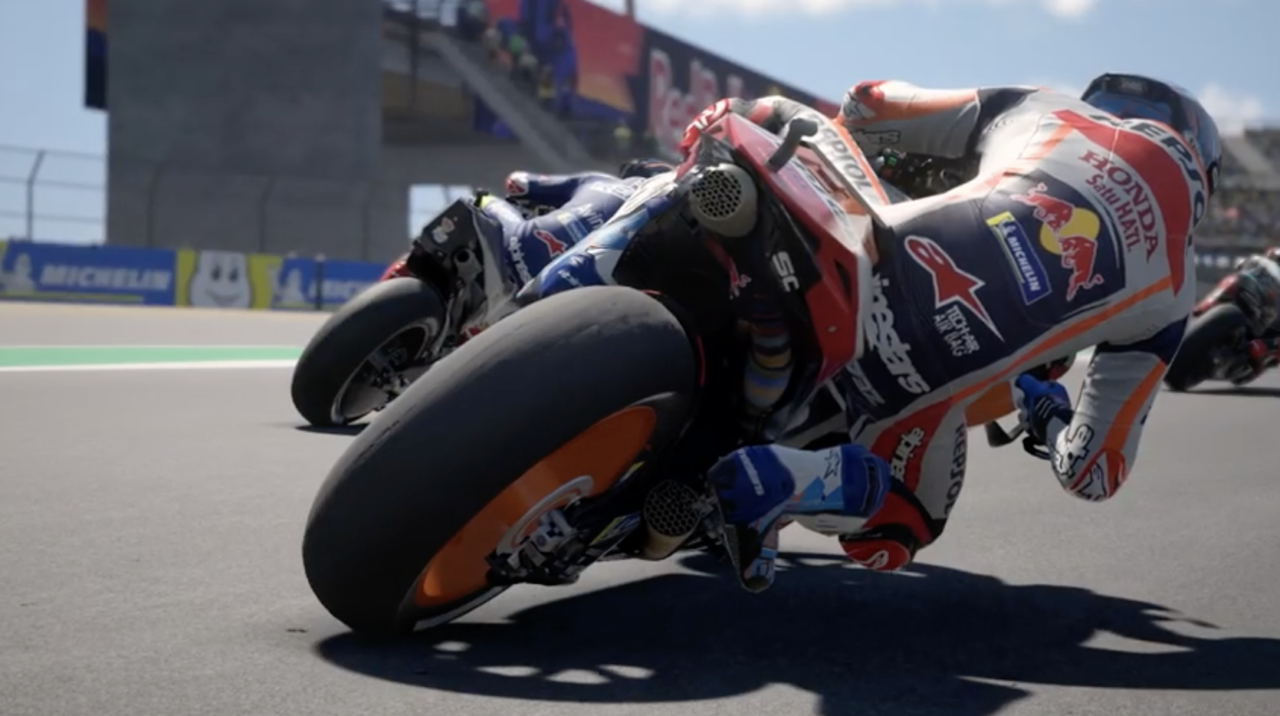 A.N.N.A. stands for Artificial Neural Network Agent: an AI that does not rely on predefined commands, written by a designer, but on rewards. Each action she makes – yes, some of us likes to address our AI as a “she” – can have a positive or negative outcome, and depending on this, she may receive or lose points.

This triggers a learning process that allows A.N.N.A to remember which actions are good (for example when to brake at the right time) and which are bad (like, well, going against a wall, or against another rider). It was real fun seeing A.N.N.A in its early stage, its infancy let’s say, when in the middle of a race it suddenly stopped and decided to go backward, just to see what would happen.

Starting from an AI that stopped mid-race to go backwards, we now have a complex, incredibly smart AI that is capable to challenge and beat even the most skilled of our devs acting as a real pro rider – but no worries, its difficulty is scalable, so all players of all skill level will enjoy the game!

In MotoGP 20, the team pushed the level of realism so far that the AI had to learn the new and improved physics of the game from scratch. The new and improved AI now has the capability to manage the most extreme situations, including reacting to the environment to use its knowledge to make critical decisions to win.

The AI is also capable of managing tire wear and fuel consumption, which are 2 new features introduced in the game this year.

MotoGP 20 will be released on April 23 for PlayStation 4, Xbox One, Windows PC/STEAM, Google Stadia and Nintendo Switch. Check out the features below.

MotoGP 20 was especially created for players who are not afraid of making decisions. This year, the Managerial Career is finally back with brand new features. Are you ready to experience the MotoGP championship all the way?

You can count on a complete team of professionals, such as your Personal Manager, the Chief Engineer and the Data Analyst. Their role will be essential to find engagements, collect your racing data and develop the bike. Wanna find out how useful they can be? Visit our dedicated news section.

If you want to be the fastest, you’ll need the best bike, that’s why MotoGP 20 allows you to develop and upgrade your bike in every single aspect. You’ll be able to adjust your bike in multiple ways: Aerodynamics, Electronics, Engine power and consumption, Chassis.

We’ve known for a long time that challenges don’t scare you. So we needed something really tough to test your skills, that’s why we introduced a more realistic braking management, Tire Wear and Fuel Consumption. Our Graphic Editor is certainly one of the most acclaimed and appreciated features by all players. That’s why MotoGP 20 introduces new liveries in perfect MotoGP style, perfect to personalize the bike of your Custom Team. Use the Livery Editor to change the colors of the Fairing and of the rider’s suit.

We tasted the “Low Latency” and now we can no longer do without it. So we decided to continue to harness the power of the Dedicated Servers provided by Amazon Web Services, and to evolve our online game modes such as Public Match, Private Match and Race Director Mode, improving their quality even further.

We strongly believe in the potential of neural networks applied to the world of video games. The previous version of A.N.N.A. was smarter, faster and more efficient… and still it was not enough. So we decided to “go beyond”: MotoGP 20 will feature a Neural AI 2.0, even more efficient in terms of driving and, above all, capable of managing tire wear and fuel consumption. The new Neural AI will take the challenge to the next level, to challenge you beyond your limits.

The history of the MotoGP is certainly made of epic moments, but it’s the challenge that turned the great champions of the past into legends. This year, we designed a game mode with different race challenges randomly generated: race and win to unlock new riders and new motorcycles. Be careful not to miss the rarest bikers, collect them all and test the new physics on the most powerful bikes in the history of the Top Class.

You will have all the drivers of all the classes of the Season 2020 and all the tracks, including the brand new Finnish circuit “Kymiring”.

MotoGP 20 Introduces New Aerodynamic Damage Feature
MotoGP 20 Will Release on Schedule, But the Full Update to the 2020 Season Arrives in May