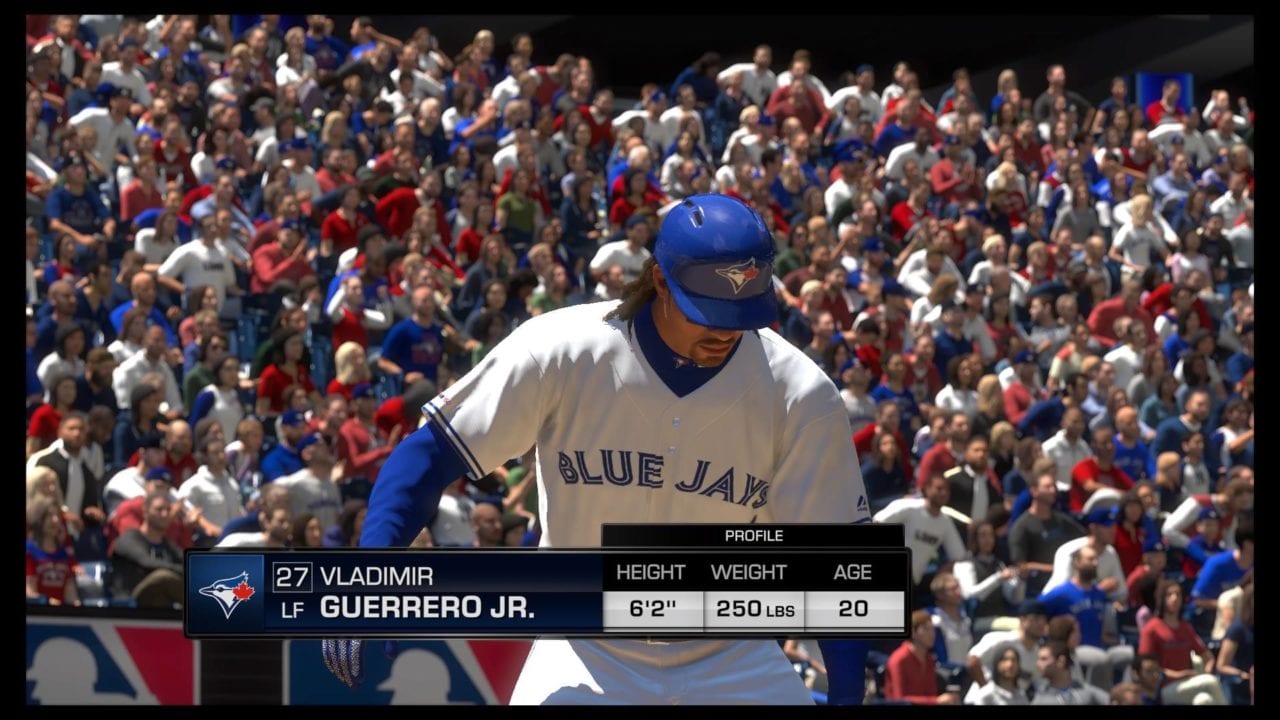 Now that MLB The Show 19 has launched, let’s take a look at some of the most interesting teams to control in franchise mode. 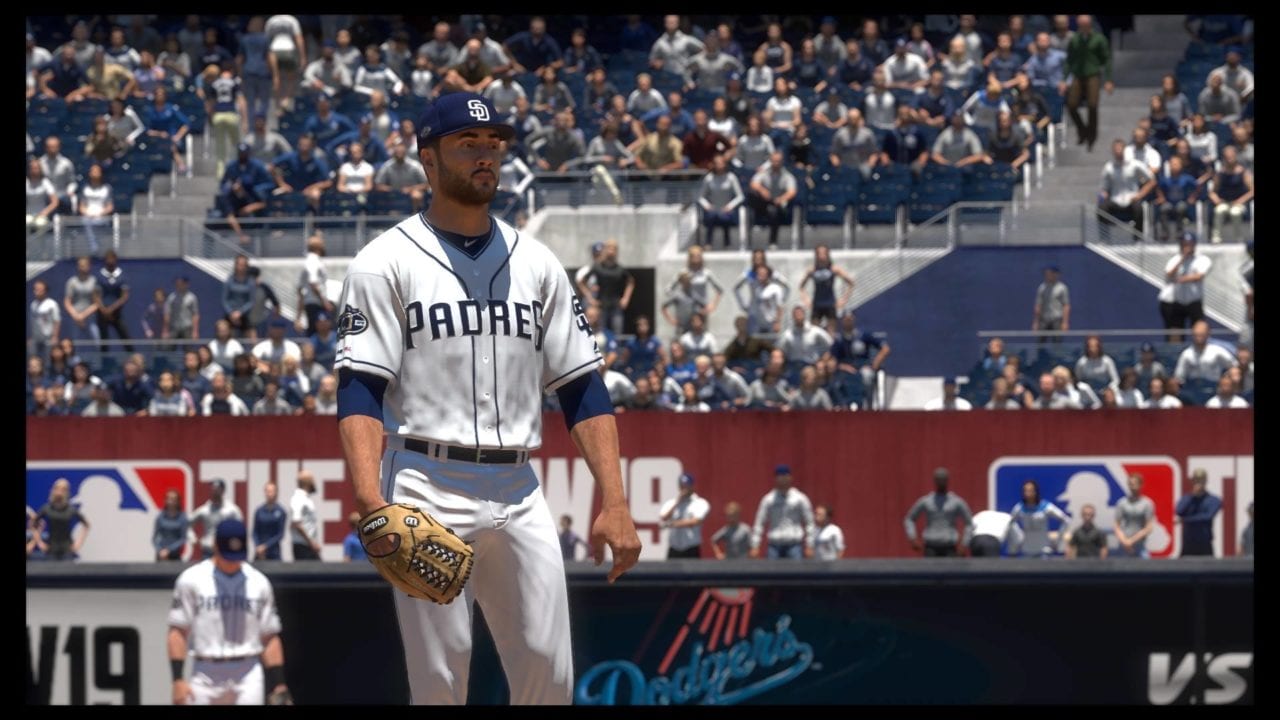 SAN DIEGO PADRES: The San Diego Padres were already hyped as having the best farm system in baseball coming into this season. Now, add on the fact that the Padres landed one of the “big fish” free agents about a month ago in third baseman/shortstop Manny Machado and this team has instantly upped expectations. San Diego also added veteran second baseman Ian Kinsler, who is the Padres only starting position player over the age of 30, to help add some pop. Additionally, the Padres announced that their top prospect, shortstop Fernando Tatis Jr., has made the big club and will begin the year with the team. San Diego should score plenty of runs this year with their new revamped lineup but will the starting pitching be able to hold up? The Padres only have one starting pitcher on their roster who had more then seven wins last season. However, starting pitching prospect Chris Paddack has earned a roster spot and could be a big-time sleeper while providing stability to a starting rotation that has major uncertainty. Also, keep an eye on second baseman/shortstop Luis Urias who will begin the year in Triple-A but has all the tools to be a big piece later in the season.

PHILADELPHIA PHILLIES: Even before the Phillies signed right fielder Bryce Harper to a (then) record contract, the Phils were perhaps the winners of the offseason. The Phillies overhauled their offense and completely remade their lineup. Veteran free agent Andrew McCutchen was signed to play left field, moving their star Rhys Hoskins back to his natural position first base. They made two big trades: first acquiring shortstop Jean Segura, and pitchers Juan Nicasio and James Pazos from Seattle for J.P. Crawford, who never lived up to his hype, and Carlos Santana. Their second trade saw them land catcher J.T. Realmuto, who many consider the best catcher in baseball, for pitching prospect Sixto Sanchez and catcher Jorge Alfaro. Relief pitcher David Robertson was also brought in to provide depth to a now pretty good looking bullpen. The big question for the Phils will be can the bottom half of their rotation take steps forward this year?

LOS ANGELES DODGERS: It seems like for almost the last decade the Dodgers have been knocking on the door to capture a World Series. Will this finally be the year the Dodgers win it all? The Dodgers remained relatively quiet this offseason, seemingly suggesting they feel they have all the pieces in place. Already boosting one of the highest payrolls in the league, they did spend a bit and added underrated outfielder A.J. Pollock. Shortstop Cory Seager, who had last year cut short due to injury, is on track to return and looking healthy. Yasiel Puig and Matt Kemp are gone but the Dodgers are still one of the early favorites to come out of the National League. Will this finally be their year?

WASHINGTON NATIONALS: Bryce who? Left fielder Juan Soto busted onto the scene last year and at the old age of 20 looks poised to be the new face of the franchise. Also, helping the Nationals move into the post-Harper era is 21-year-old center fielder Victor Robles, an early favorite to win National League Rookie of the Year. Shortstop Trea Turner just three seasons in is already a star, third baseman Anthony Rendon has had three straight 20-plus home runs and 80-plus RBI seasons. Brian Dozier was brought in to play second base and Patrick Corbin coming off of an 11 win season was signed to boost the staff and slot in nicely as the Nats third starter behind Strasburg and Scherzer. The Nats will be hungry to prove that they are just fine, if not better off, without Bryce Harper. Can the Nats win the NL East in their first season without Harper?

TORONTO BLUE JAYS:  Vladdy! Vladdy! Vladdy! You won’t hear anyone, except for maybe in Toronto, saying the Jays could challenge the Yankees and Red Sox for the division this year, but man oh man do they have some exciting talent coming. Baseball’s top prospect, third baseman Vladimir Guerrero Jr., has been highly regarded for the past few years and will finally get his shot this season — although he is opening the season on the injured list. Rookie catcher Danny Jansen broke out in 2017 with a .323/.400/.484 line across three levels, and followed that with a strong season at Triple-A Buffalo in 2018. Shortstop Bo Bichette is also expected to arrive to the majors in the second half of this season. In 2017 (his first full minor league season), he hit .362 between both classes of Single-A, and last year spent the entire season in Double-A where he hit .286.

BOSTON RED SOX: The 2018 Red Sox finished with a 108–54 record, winning the American East division title for the third consecutive season, eight games ahead of the second-place New York Yankees. The Red Sox surpassed the 100-win mark for the first time since 1946, broke the franchise record of 105 wins that had been set in 1912 and won the most games of any MLB team since the 2001 Seattle Mariners won 116. The Sox return pretty much the same exact team that won it all last year. Mookie Betts led baseball in batting average and slugging percentage in 2018, while J.D. Martinez led in RBI. Pitcher Chris Sale tossed only 158 innings due to a shoulder injury late in the year, but was otherwise superb, posting a 2.11 earned run average to go along with 237 strikeouts. If Sale can stay healthy for a full season, can the 2019 Boston Red Sox win more then 108 games? Can the Sox repeat?

NEW YORK YANKEES: No matter how many years removed from the George Steinbrenner era we are, It’s still weird not seeing the Yankees spend big in free agency. Even though their offseason wasn’t the spending frenzy we thought it might have been, the Yankees still added ex-Seattle Mariners ace James Paxton in a trade and once-All-Star shortstop Troy Tulowitzki on a low-risk signing after the Blue Jays released him. The Bronx Bombers have Aaron Judge, Giancarlo Stanton and Gary Sanchez in the middle of that order, and Aroldis Chapman, Dellin Betances, Zack Britton and newcomer Adam Ottavino in the bullpen. Another big addition is DJ LeMahieu, the former NL batting champ who came over the from the Rockies as a free agent. The 2019 Yankees are as dangerous as they come and they could challenge the Red Sox’s win total of 108 from last year.

HOUSTON ASTROS: Behind a rotation that features Justin Verlander, Gerrit Cole and Lance McCullers Jr., and a lineup that includes Alex Bregman, Carlos Correa, George Springer and Jose Altuve, the Astros are heavy favorites to win the American League West for a third straight season. The Astros, who are only a year removed from winning the World Series title in 2017 and fell just a bit short last season, still managed to win 103 games in 2018. Like it is for every team, health will be key for the Astros in 2019. If they can avoid the injury bug, this team could be right back at the top of the mountain.