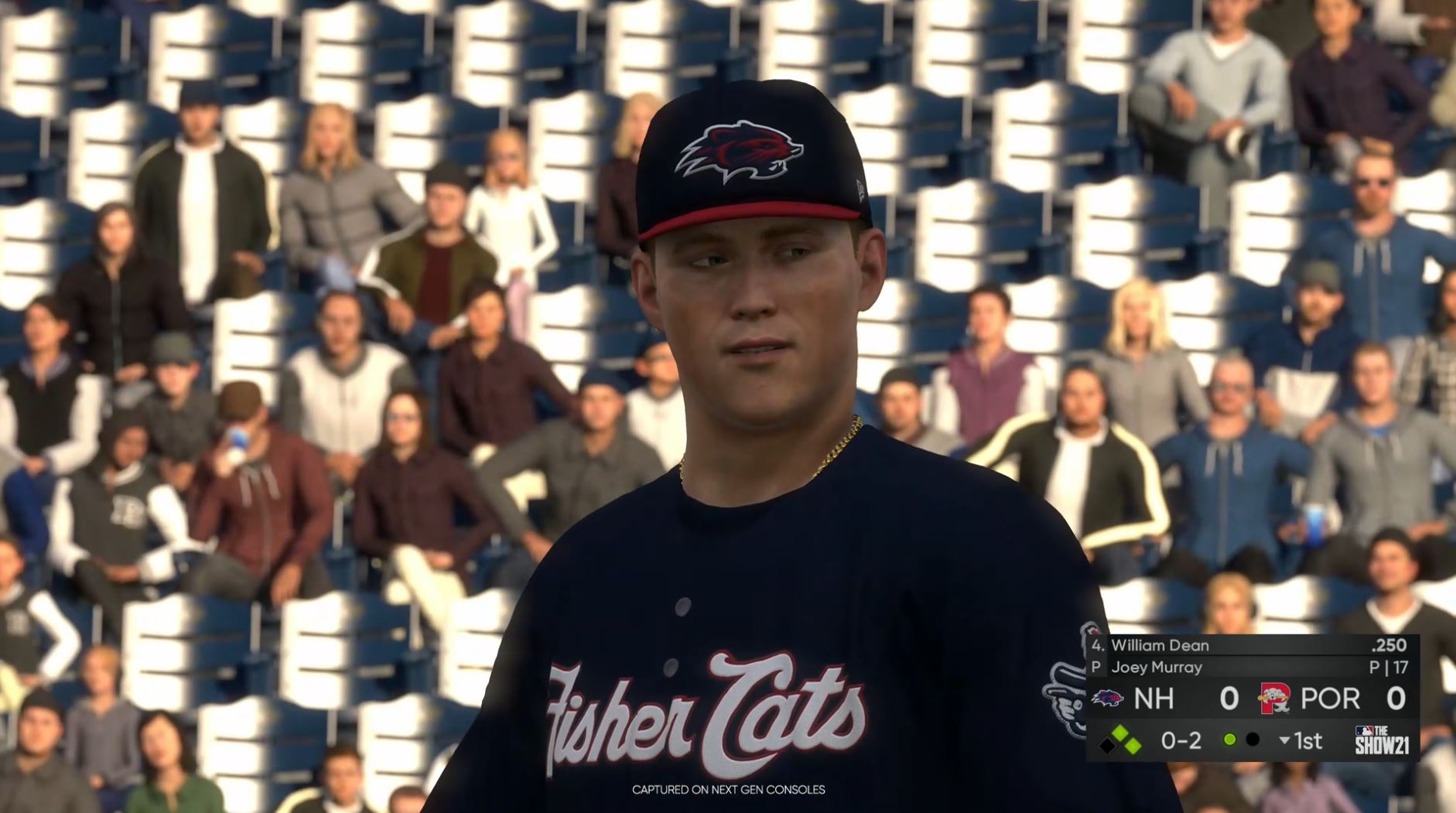 Thursday’s feature premiere from San Diego Studio revolved around Road to the Show and the Ballplayer feature coming to MLB The Show 21. Maybe the biggest takeaway from the entire showcase was that your Road to the Show Ballplayer will be utilized across several game modes in several new ways, while the single-player component has a richer dynamic story path.

Before we get too far into how those systems will communicate, let’s discuss what’s new to the Road to the Show narrative experience in MLB The Show 21.

In MLB The Show 20 and the previous iterations of the game, community feedback suggested the mode just got stale. There was little feeling of immersion and it lacked a feeling of accomplishment outside of your own little player in his vacuum. Developers poured a lot of hours into those gripes this year and hope to see that community opinion change.

The biggest change this year should be the feeling of your specific impact inside the baseball world. MLB The Show 21 will feature people from around the industry talking about your progress, development, and achievements in different ways. 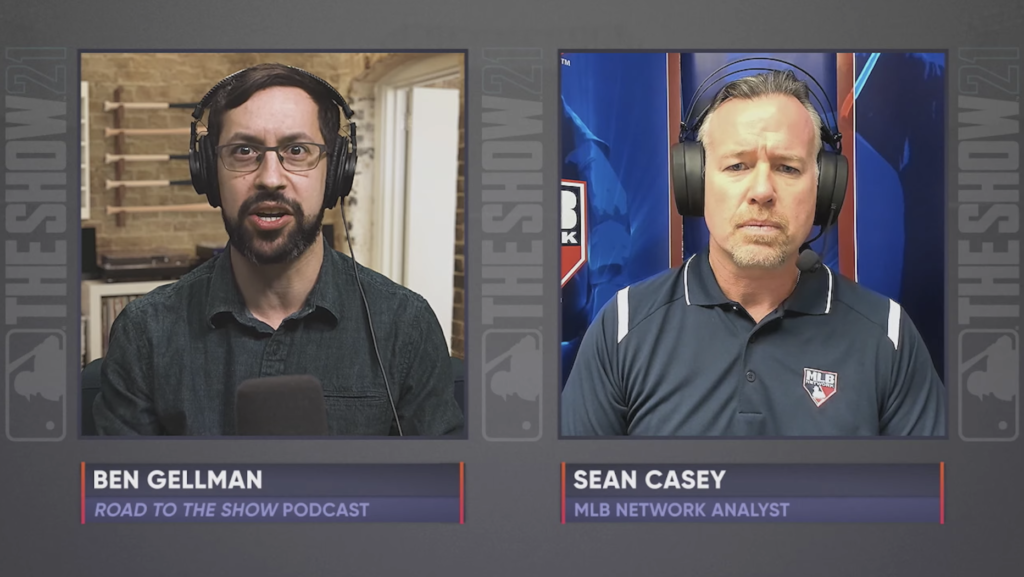 One of those narrative features will be a video podcast that follows your Ballplayer from the time he’s drafted up through his MLB career. The podcast will have multiple guests from around the industry on to talk about the steps your player is taking in making his name known. The examples provided included Sean Casey and Cliff Floyd of MLB Network, but the mode will have tons of unannounced cameos from different folks inside the industry discussing your play. There are 180 unique, dynamic episodes that could air during your career based on the decisions you make and your performance as a professional athlete. Once you’re on the precipice of debuting at the MLB level, Robert Flores will begin hosting more of these podcast episodes, and you’ll find yourself being talked about by several MLB Network icons along the way. 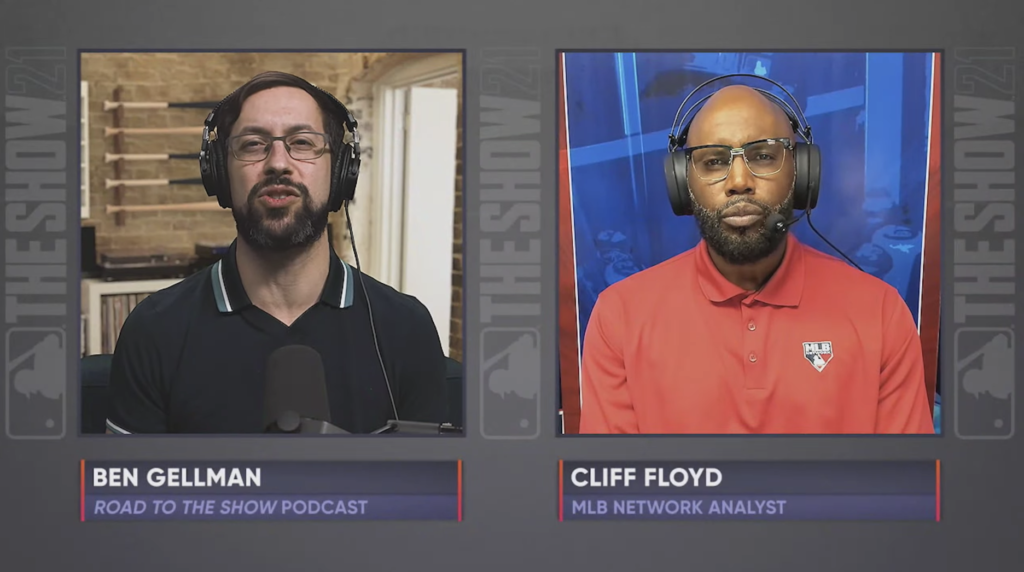 The entire thing brings back memories of the weekly radio show from Madden NFL Football games of yesteryears. That feature was absolutely beloved by franchise mode players in Madden, so we’ll have to wait and see whether this will have similar popularity in Road to the Show.

Two-Way Player Path (If You Want It)

MLB The Show 21 will also be introducing two-way players, and Road to the Show will be a focal point for that feature. Upon playing a few games in the field and pitching a game or two, the manager is going to come to you and ask your thoughts on becoming a two-way player. It’s not a requirement, just an opportunity for your player to stretch his wings.

The new two-way feature will allow your Ballplayer to pitch games, and then on his off days, play in the field or DH. The nice piece of this feature is you can control the balance. If you want to play in the outfield every night and only pitch here and there, that’s your call. If you want to pitch once every five days and just play the field every now and then, that’s an option too. You’re not required to play every game as a two-way player.

Ballplayer Can Bounce Between Modes

Finally, as teased, the most fundamental, universal change coming to MLB The Show 21 is the ability to use your Ballplayer in several modes and earn XP for your player along the way. 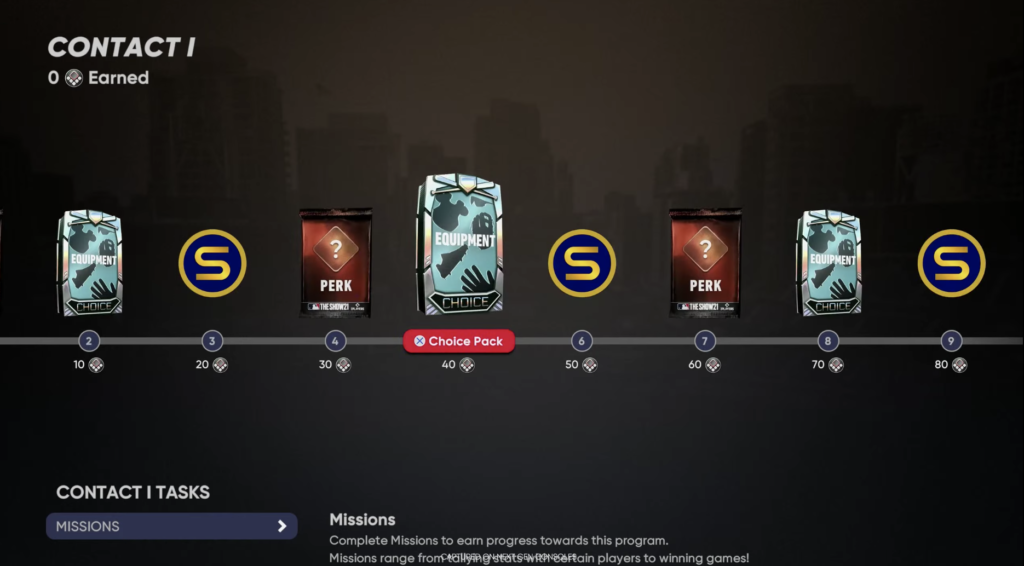 It sounds like the loadout system will replace the individual bronze, silver, gold, and diamond iterations of your create-a-player in Diamond Dynasty. Instead, you’ll now just choose a loadout prior to each game that fits that position your Ballplayer will be playing in that game. You can save and rotate between these loadout archetypes, so the goal is no longer to just get a 99 overall in every stat, rather it’s unlock new archetypes and the elements within those programs. 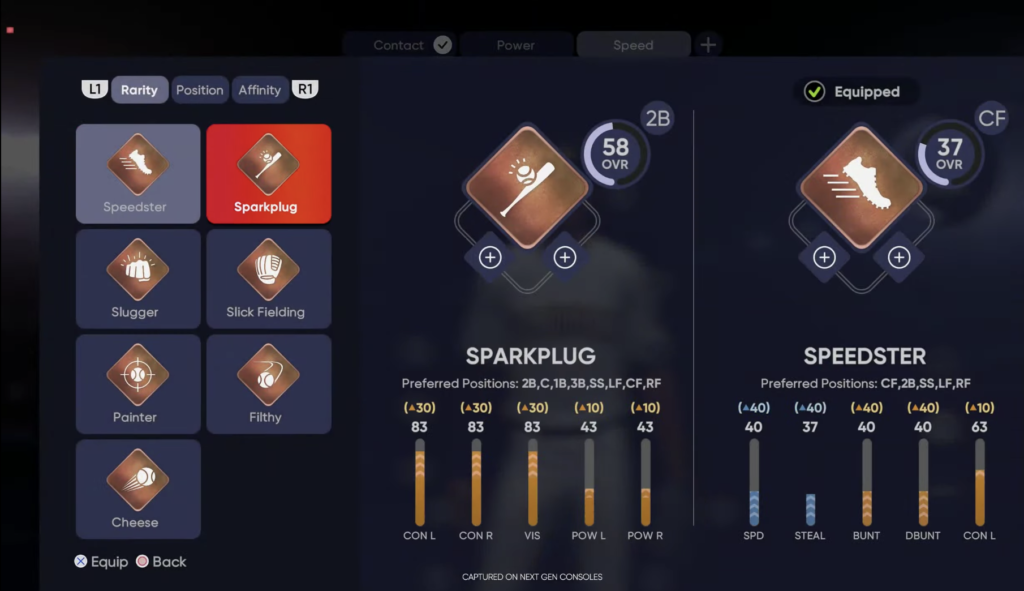 There will be several ways to progress your Ballplayer in MLB The Show 21. Two of those will be Moments and Programs. These are two ways your Ballplayer will unlock perks and archetype packs that help you in building your optimal preferred loadout. Those programs can be completed inside Road to the Show or Diamond Dynasty, so there’s a lot of different ways to groom your Ballplayer into the very specific build you envision.

Ballplayer is very much being characterized as step one in a much bigger ecosystem that San Diego Studio will be rolling out for the feature as the years go by. You can’t help but see the path in front of them. It shouldn’t be long before Ballplayer echoes some of the similar features found in The Neighborhood and MyPlayer in NBA 2K.

Kirby Puckett Is In MLB The Show 21 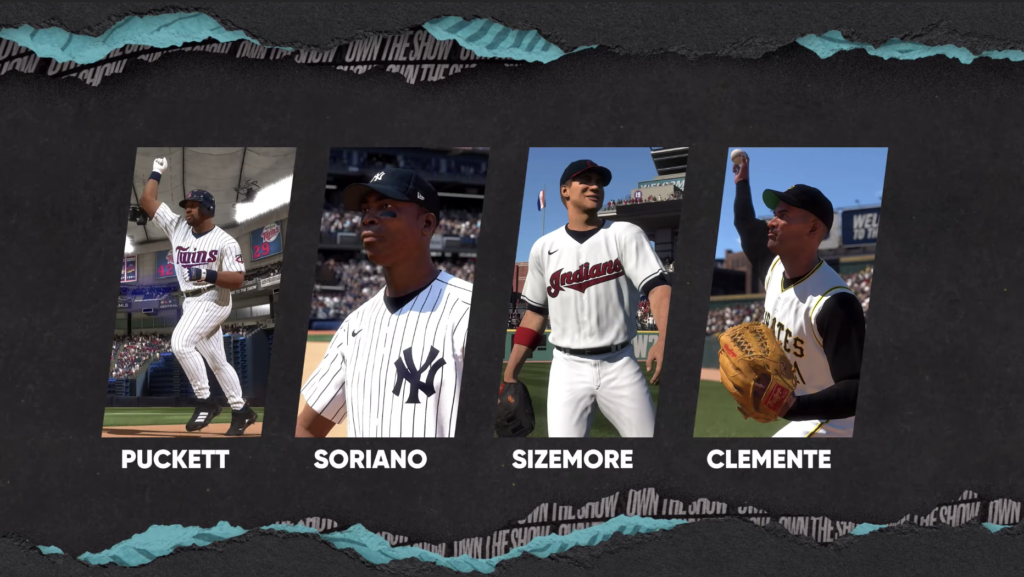 Finally, this week’s feature premiere showcased a brand new legend reveal, and it’s none other than Minnesota Twins folk hero Kirby Puckett. Puckett was absolutely beloved by baseball fans nationwide during his 12-year career with the Twins. A 10-time All-Star, Puckett owns a career .318 average with 207 homers. Puckett was inducted into the Baseball Hall of Fame in 2001. Puckett’s Signature Series card could have among the best contact grades in the entire game, though he probably won’t drop many jaws with his power or speed traits.