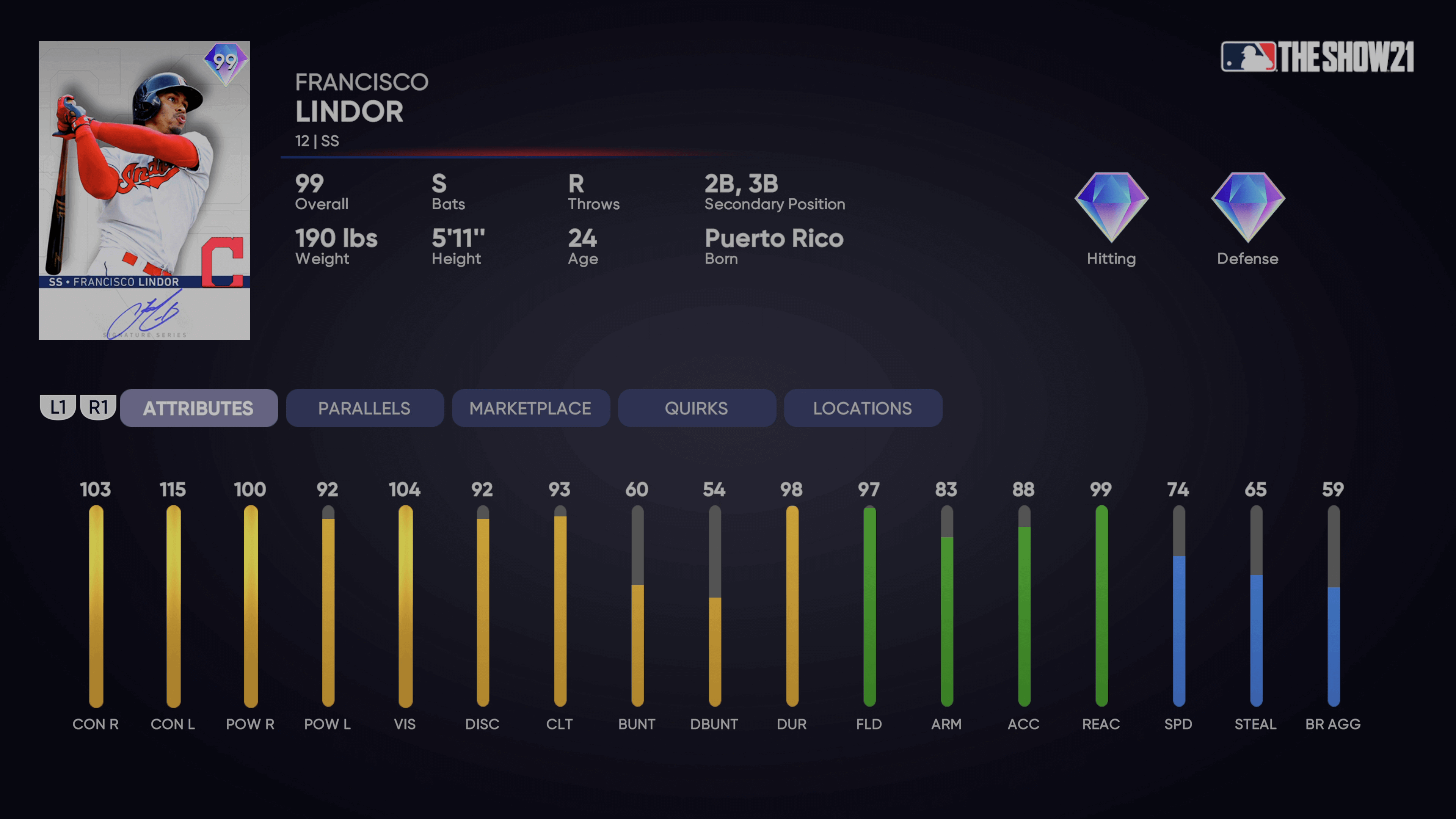 Ranked Seasons 4 is all done, and the new Ranked Seasons 5 is bringing the heat with Milestone Justin Verlander and Signature Series Francisco Lindor. Both players are 99 overalls, and at first glance it seems both surpass Awards Larry Walker from last month. The two other new diamonds at the Pennant Race level are Awards Roberto Perez and Prime Orlando Hernandez.

First and foremost, both players fill categories that people are trying to fill in pursuit of the Mookie Betts collection.

As for the players themselves, it looks like Roberto Perez is now the best fielding catcher in the game. I have been a big Awards Matt Wieters guy, but it’s hard to argue against Roberto Perez now being the most elite defensive catcher. His hitting stats are not that impressive, but he’s sort of like Mike Zunino with the boom-bust potential of three outcomes. I will use this card more than I should due to appreciating defense more than I should.

Orlando Hernandez is usually a fun player to use with all his little quirks built into things. You get the big, loopy curveball with a sinker here. He only has great control of the sinker, and then the 4-seam and curve are both the next-best pitches in the 80s. He has 88 H/9 and is going to live in the low-to-mid 90s, so I don’t think it will be an incredible card. Still, it’s a cheap Prime card and those are rare right now.

I’m not sure which reward deserves to be talked about first, but I’ll start with Lindor since there’s probably a little more to the conversation. With Lindor, you’re matching him against Future Stars Wander Franco as the closest comp. It’s actually really close between the two, so it does probably come down to the swing. I favor Lindor’s swing, but both probably deserve to start in your infield (and both can with their secondary positions). With Franco, he has better contact from the right side and a stronger arm. With Lindor, he’s got more overall power from both sides of the plate, and he’s got better reaction times and hands. Playing Lindor at 2B is most likely the play if you put these two together. It’s hard to argue against this as the best 1-2 combo in the game right now up the middle of the field. They’re both switch-hitting monsters who can torment most pitchers.

Awards Trevor Story, 2021 All-Star Trea Turner, and Monthly Awards Carlos Correa are probably the next batch of contenders at shortstop, but none are switch hitters, and Trea Turner does not have the defense of the other contenders (but he can play CF).

To balance out that torment, Milestone Justin Verlander is probably now the best right-handed pitcher in the game. He has outlier on his fastball, and he also has a cutter in this version. In addition, he has 125 H/9 and basically now pushes deGrom to the second spot in the power rankings due to the aforementioned cutter. He “only” has 75 control of the cutter, but the other pitches either sit in the 80s or 90s with control. I don’t see any reason why he’s not at minimum one of the three best pitchers in the game now (unless you want to just tank him for having 13 fielding). I have no desire to ever face this card, and I guess I won’t see him as much as deGrom due to the barrier to entry, but he’s still going to pop up plenty.

Right-handed pitchers Edward Cabrera and Nolan Ryan probably remain in the conversation here because they have sinkers, but Ryan’s pitch mix is more limited, and Edward Cabrera “only” has 101 H/9.