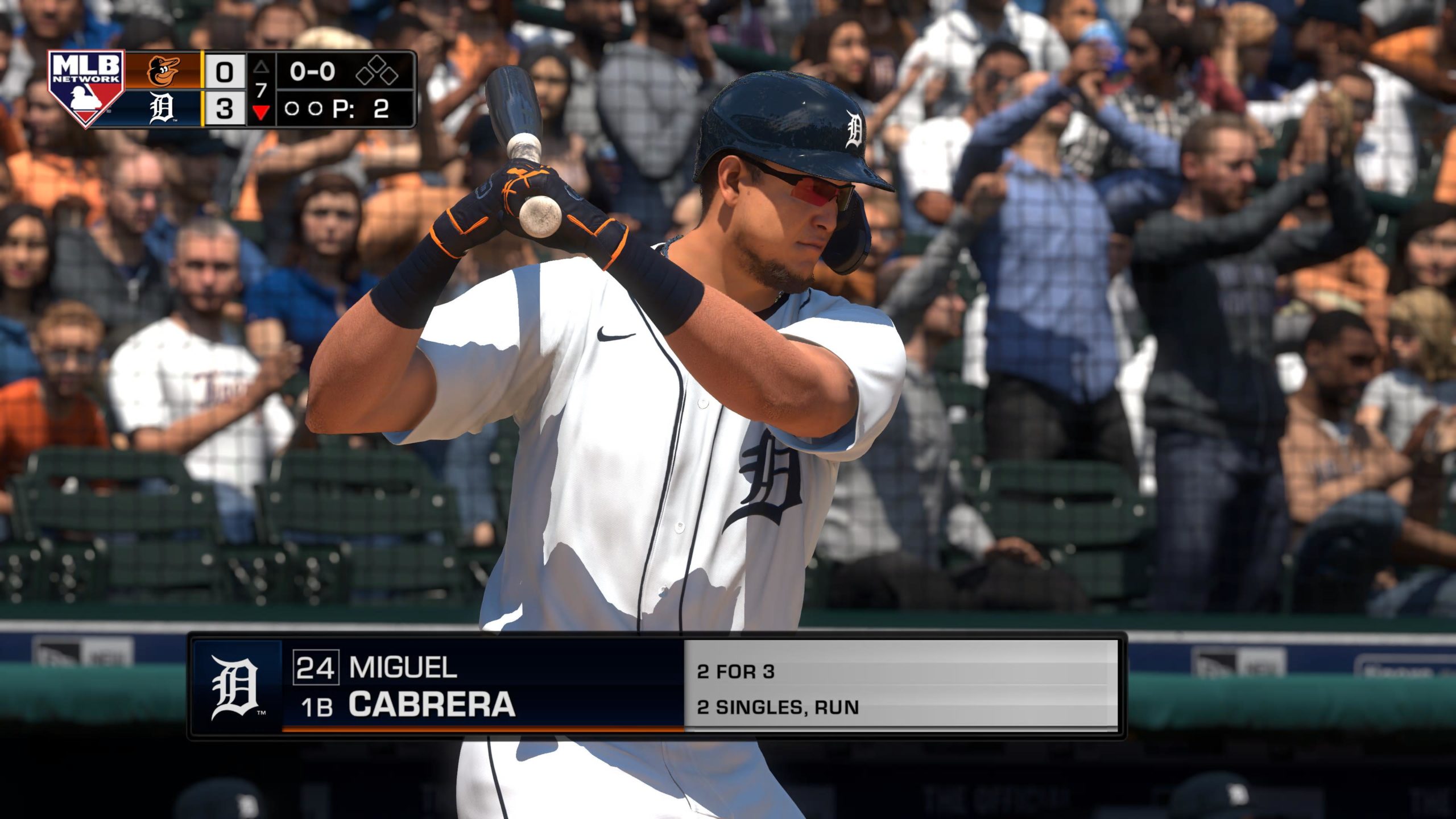 With the release of MLB The Show 21 on the PS5, this marks my fourth different generation with SDS’ baseball series. This is a testament to how consistent the franchise has been over the years. In an era where a lot of excitement surrounding upcoming releases feels manufactured, there’s something genuinely special about the day the new Show hits. It almost feels like a bonus Opening Day for baseball fans. But it’s a feeling that has escaped me the past few years as I haven’t followed baseball as closely, which resulted in me skipping the past three or so releases. In other words, I am a lapsed fan who is returning for MLB The Show 21.

After buying for so many years in a row, it eventually started to feel like a giant roster update. But with the first-ever next-gen console release, this year seemed like the perfect excuse to get back on the horse, and coming from that perspective, I feel like Sony hit it out of the park (sorry) with this release.

Booting up the game for the first time made me smile as I immediately noticed Sony finally addressed one of my oldest gripes with the series by finally updating the menu system. It isn’t a drastic change by any means, but it did receive a needed fresh coat of paint. It’s a lot cleaner and easier to navigate. A small item, yes, but it was something that made me even more excited to play my first game. 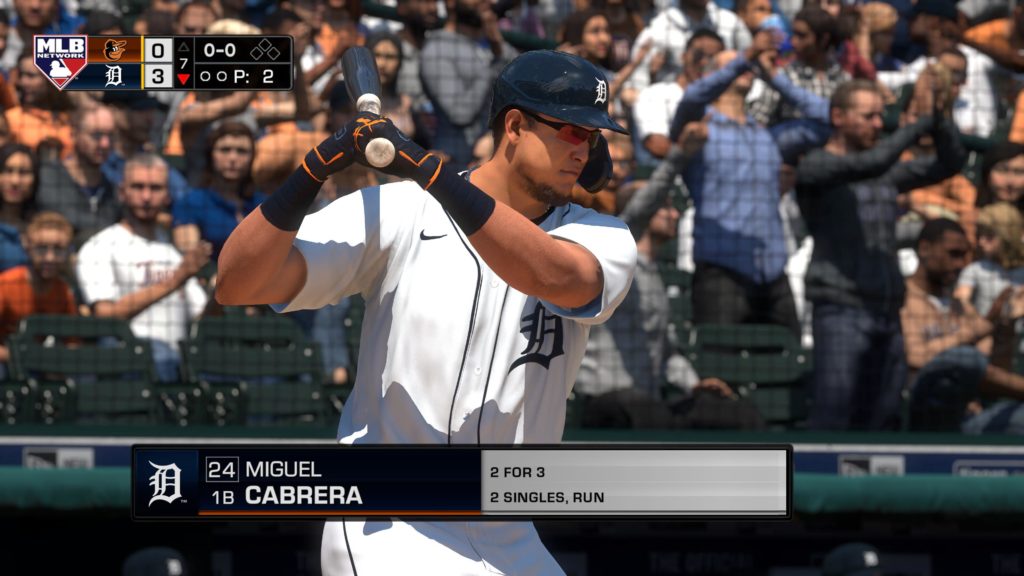 And that’s when my first big “WOW” moment came as I started my first game at Comerica Park with my Tigers. From the opening intro to the first pitch, it felt like I was at the stadium on a cool, calm Saturday afternoon. My wife was in the room at the time and she was similarly wowed at how realistic everything looked, almost like watching a game on TV, especially when you use the camera angle situated behind the pitcher. Add in the MLB Network presentation style, and it really does look, feel, and sound like a TV broadcast. And as an added touch, the angle differs based on the ballpark, which is another subtle but important detail that Sony has nailed for years now.

I feel like I might be an anomaly as the mode that gets the most play out of me is, believe it or not, Exhibition. I’m not a fan of card-trading modes as they feel like a grind at best and a pitiful money grab at worst. I have browsed around a bit in Diamond Dynasty, but haven’t really bothered to go into much detail. It’s just not the way I prefer to play baseball games in particular, but I will give it a shot at some point.

I haven’t spent a lot of time with franchise mode so far, and it’s not something I used very much in the past. That is something I look for in other sports games like NBA 2K and Madden. With The Show, however, I struggle with dedicating a lot of time to a mode that is handled much better with OOTP. And if I’m going to focus on playing games instead of simming seasons, I would much prefer playing with a variety of teams and players instead of grinding with the same lineup for 162 games. 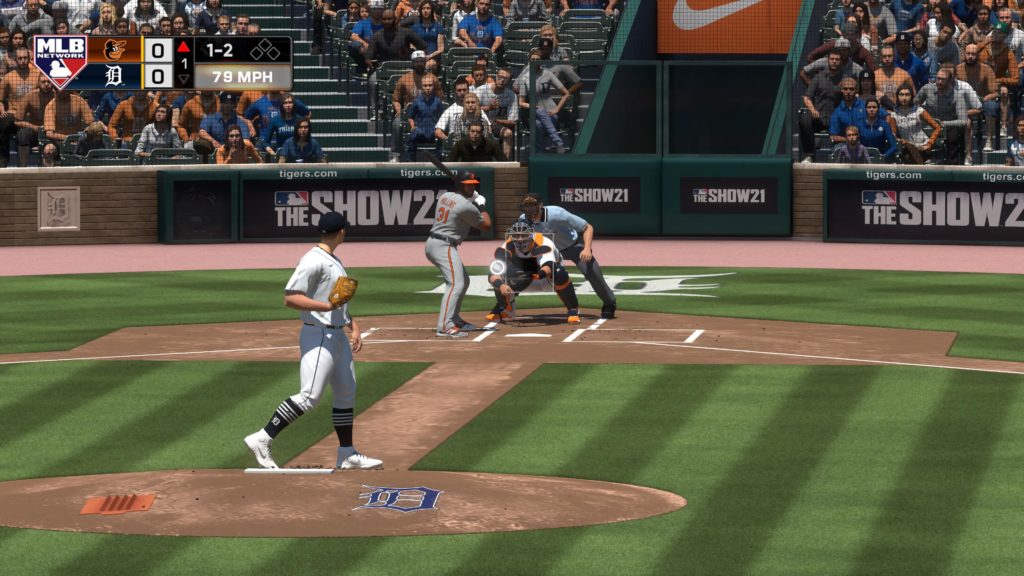 But as is the case with any sports game, the extra bells and whistles don’t matter if the gameplay isn’t solid. The Show’s gameplay has always been right at the top along with NBA 2K in terms of realism, and coming back to the franchise this year has me feeling right at home. The game is extremely customizable, allowing you to have the experience that you want. If you want a home run-heavy arcade experience, you can do that. If you want to slow things down to a realistic pace, you can do that as well.

An underappreciated aspect of The Show is how customizable the on-field experience is. It feels like there are dozens of pitching/hitting interface options. You could spend a lot of time trying to figure out your preferred settings. I’ve found myself using Pulse pitching a lot this year. It strikes a great balance between “too difficult” and “too easy.” But again, if that isn’t your cup of tea, you’ll find something that is. 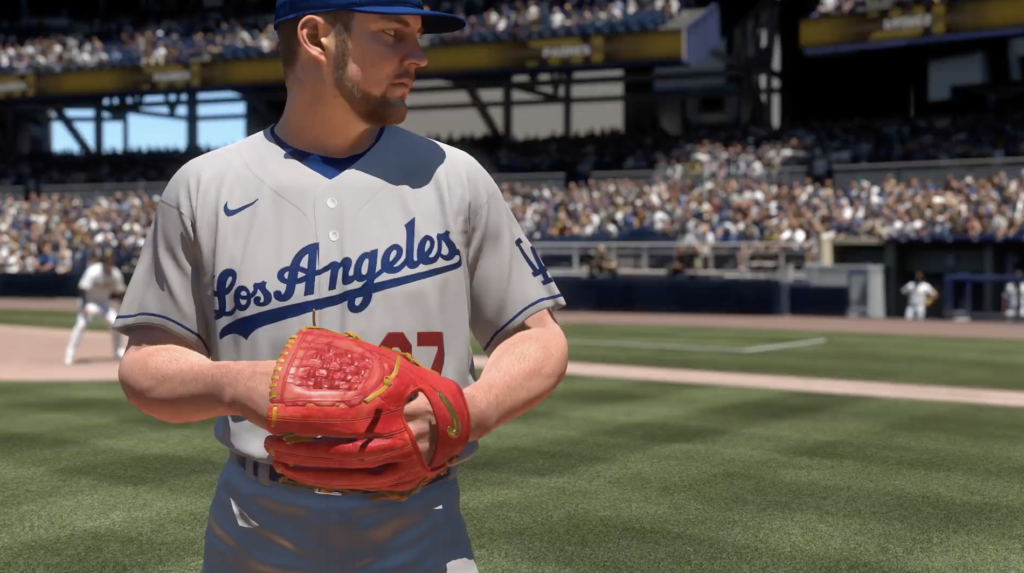 Speaking of pitching, it feels as great as ever, and I would go so far to say that I enjoy that more than hitting. There’s something satisfying about carving up a batter and finishing him off with a swing and a miss on a fastball high and out of the zone. I also love way the controller vibrates when a runner is in scoring position and threatening to tie the game. The Show does a great job creating an immersive experience that makes you feel the pressure of the moment.

Hitting feels as great as I remember as well. Pitching may be my favorite, but nothing feels better than getting a perfect swing and seeing the ball fly over the left field wall. It’s made me jump off the couch a few times in excitement. I decided to start on All-Star difficulty with no sliders just yet, and let’s just say I won’t be upping the difficulty anytime soon. It’s been a challenge thus far, but it definitely hasn’t been frustrating. It makes me want to keep playing so I can get better and experiment with other hitting interfaces. 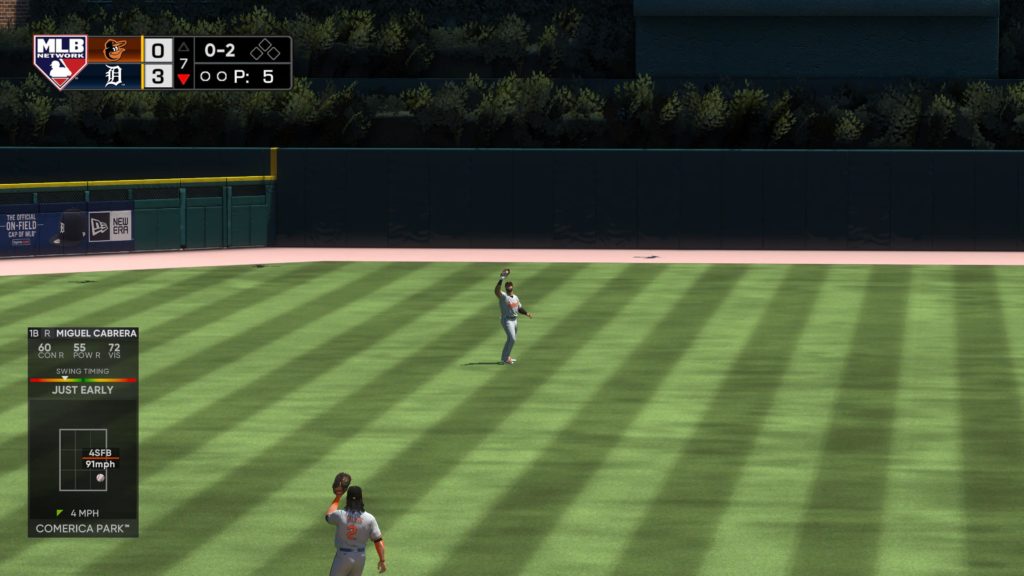 Fielding has always been a mixed bag for me. Realistic fielding is hard to recreate. As soon as the bat contacts the ball, fielders must instantly react. Without some sort of pause to allow the camera to switch, it would be nearly impossible to catch hard hit ground balls or line drives. And I’ve never found a fielding camera that I’m comfortable with. I always struggle to take the right angle or I turn the wrong way to start. With this release, I’ve been experimenting with auto fielding. I’m not a huge fan so far. It does solve the issues I described above, but only controlling the throw instead of the path to the ball doesn’t quite feel right either.

Gorgeous, But I Still Have Some Issues

As I mentioned above, MLB The Show 21 is an absolutely gorgeous game, and that applies to everything: the gameplay, the cutscenes, the dugout shots, etc. It’s a great game to play, but it’s also a great game to simply watch and enjoy. Day games in particular are absolutely stunning with the way the sunshine pops all over the field.

If I had one bone to pick, it’s that the frame rate stutters way too often. I get that it’s a first-gen release, but it is Sony’s game, so you would think there wouldn’t be any hiccups. But far too often it skips as the pitch is being released. Because the game otherwise looks and runs so smoothly, when it does skip, it’s quite distracting and will sometimes mess with my reaction to the pitch. 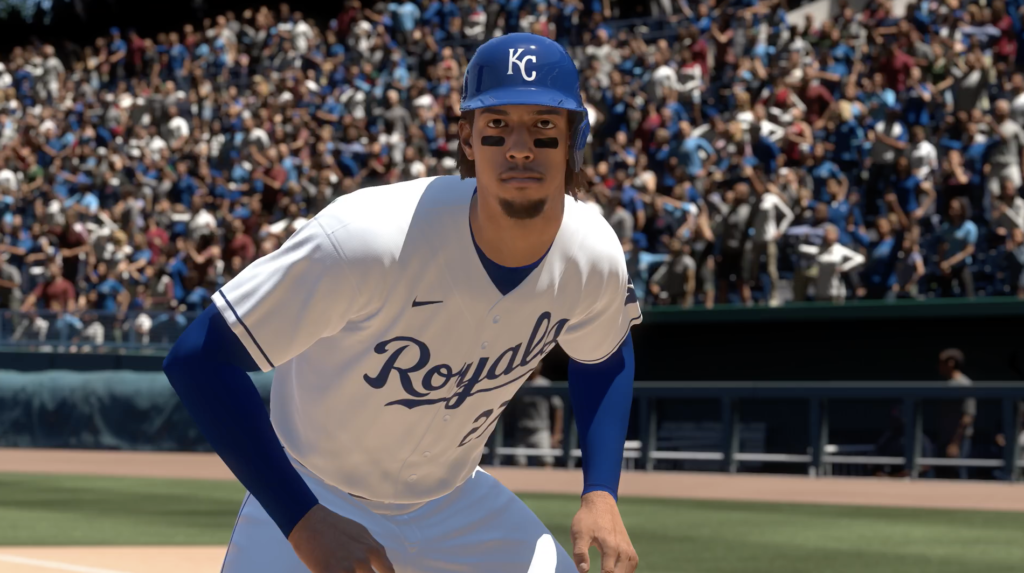 I will say that as much fun I am having with this game, I can’t help but wonder how much of that is tied to my temporary break from the series. Everything feels new, but the same. But again, baseball is baseball. There’s only so much that can be done to make each version feel new and exciting, and that applies to sports games in general.

Either way, The Show has been a rock-solid franchise for many years. The years that I skipped, the game received the same solid reviews it always has, and this year it’s no different. However, reading through the forums, I see there is a lot of frustration with some missing features of RttS and franchise, so for the folks who tend to gravitate towards those modes, you might want to do some more research. But if you’re just looking for a baseball game that looks amazing and plays the same, look no further.

If you’re a long-time fan of the franchise who took a break for a few years, now is the time to give it another shot. I don’t regret skipping a few releases, but The Show 21 has definitely reinvigorated my love for the franchise. I don’t know if this is the best version of The Show that has ever been released, but it’s certainly my favorite so far.