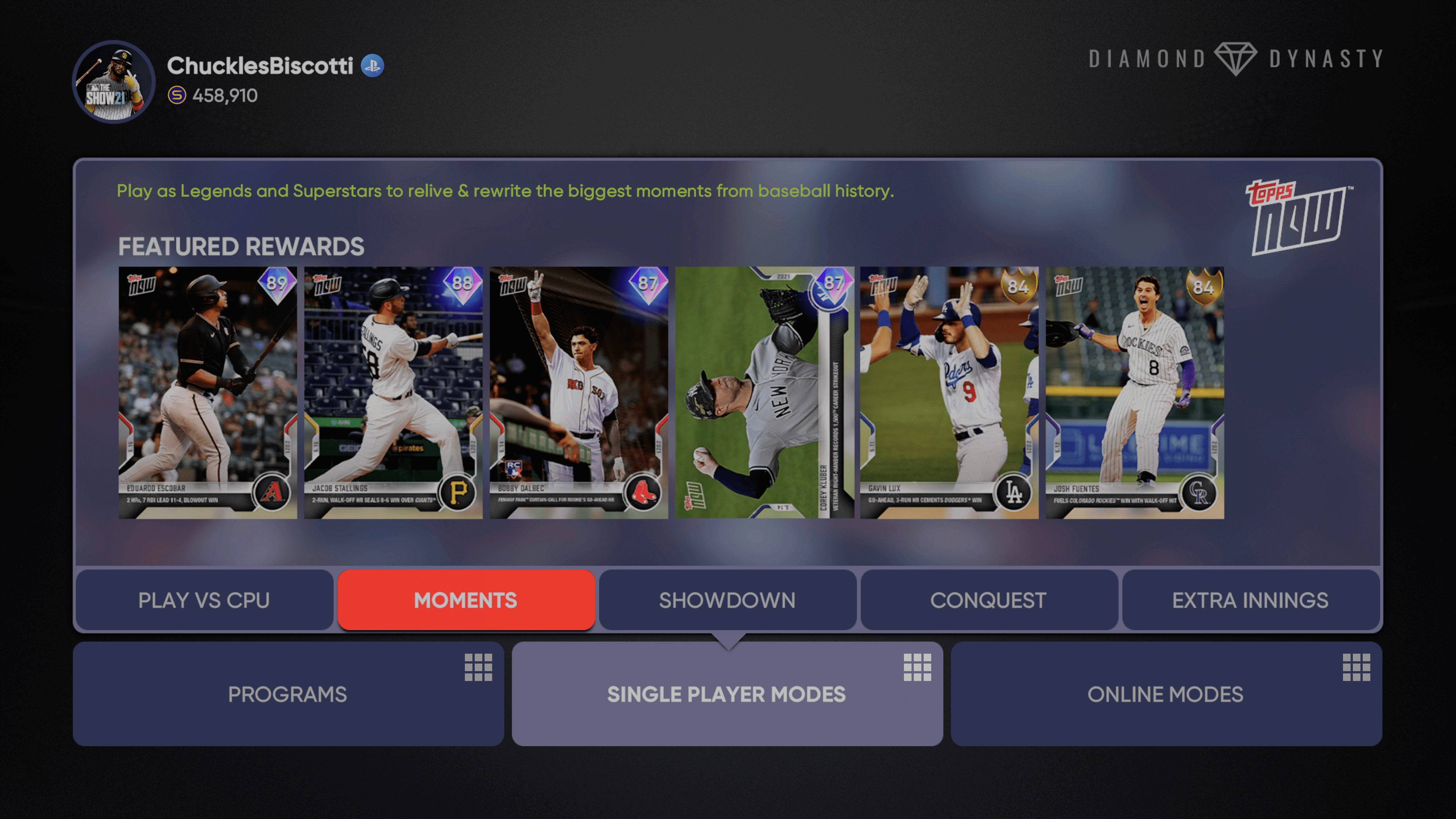 Much like Topps Now May Week 2, you will be getting two diamond choices and a gold choice here for Week 3. The players selected this week include diamond Eduardo Escobar, diamond Jacob Stallings, diamond Bobby Dalbec, diamond Corey Kluber, gold Gavin Lux, and gold Josh Fuentes.

What’s most interesting is the Corey Kluber card is a commemoration of his 1,500th strikeout rather than the no hitter he threw. Of course, SDS has to do it this way because Kluber threw the no-no on May 19 and this set of moments only goes up to May 16. This does leave open the possibility he will be returning for the May Monthly Awards Program, but that would go against how SDS usually handles giving out multiple “special” player cards for active players. Generally speaking, SDS gives a little more room between these upgrades versions of “live” players, so I’m still relatively skeptical we’ll be getting another version in a couple weeks. Either way, it’s still possible because we usually get a card for every pitcher who throws a no hitter — albeit this was before they started happening every other day.

As for the other cards, there’s a solid flavor to this set. Stallings and Dalbec are two catchers who will fill different roles. Stallings has the contact and defense, and then Dalbec has major power from both sides of the plate. Eduardo Escobar can be the super utility player for you off the bench, and then Gavin Lux can mash against RHP from the middle infield spots. Finally, don’t sleep on Josh Fuentes who looks like a solid gold 3B option from both sides of the dish. This is a really good set of moments if you want to fill out your bench, so I recommend doing this set of moments even if you take out the fact that you need these cards for the end-of-month program. 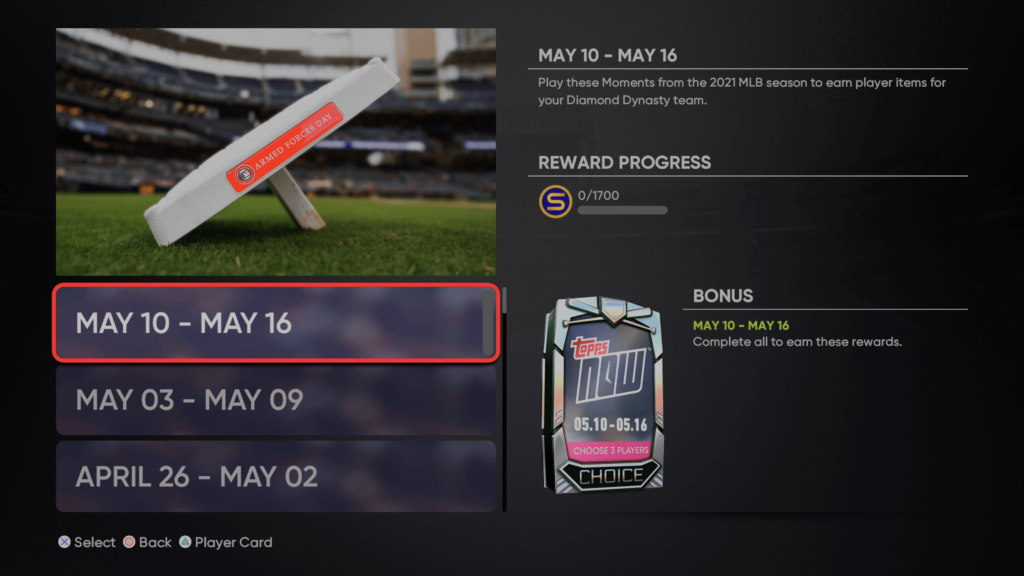 It’s never enjoyable to have to play multiple innings for a Topps Now moment, which makes the Stallings one a little annoying. That said, you’re going to have to hit some home runs for some other moments, so this set might take some doing for folks. I would do the Stallings and Escobar moments first just because they’re going to be the most time consuming. From there, move to doing the home run moments. If you stall out trying to hit a homer, I always recommend ducking out of it and going and doing something else before returning with a fresh mindset. The diamond Corey Kluber moment should be the easiest one by far, so save that one for last.