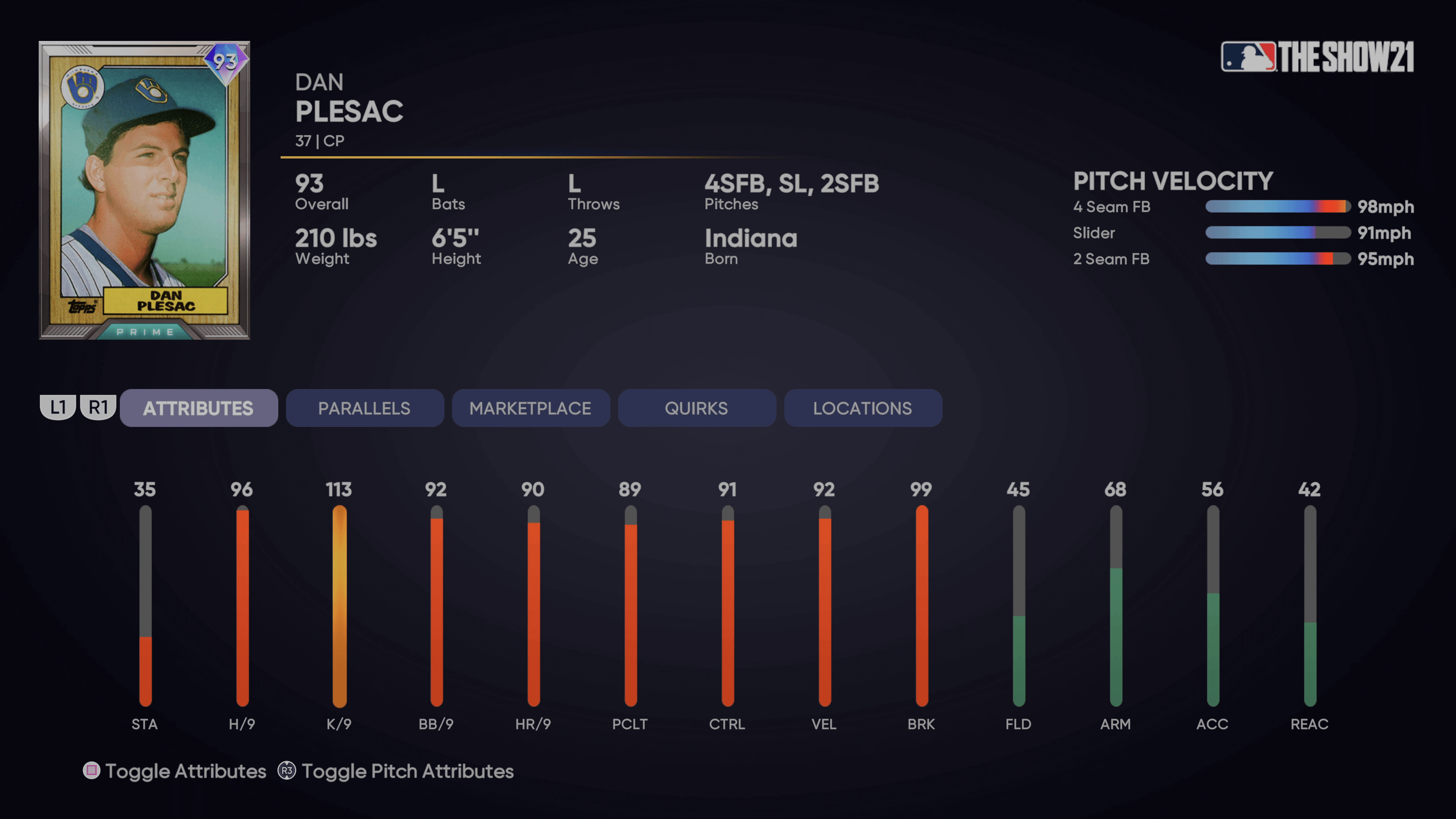 This is the second Dan Plesac card to hit DD, with his first being the gold in the 1st Inning Program. He retains his usual three-pitch mix of 4-seam fastball, slider, and 2-seam fastball. He has 113 K/9 overall. The top-end velocity is 98 mph on his 4-seam. On top of that, he has 96 control of the 4-seam and 94 control of the slider. Lastly, he has 97 break on the 4-seam and 99 break on the slider. In short, it looks like he will be a 4-seam/slider pitcher, which is a perfectly solid combo for a left-handed reliever.

Left-handed relievers in general can still be a little hard to come by right now, so Plesac could get some play simply due to that fact. He should end up in the mix with the likes of Wagner, Hader, Franco, Chapman, and Diekman as of now. He most likely is going to resemble someone like Hader in how you approach using him, and I know Hader is not beloved by some folks. 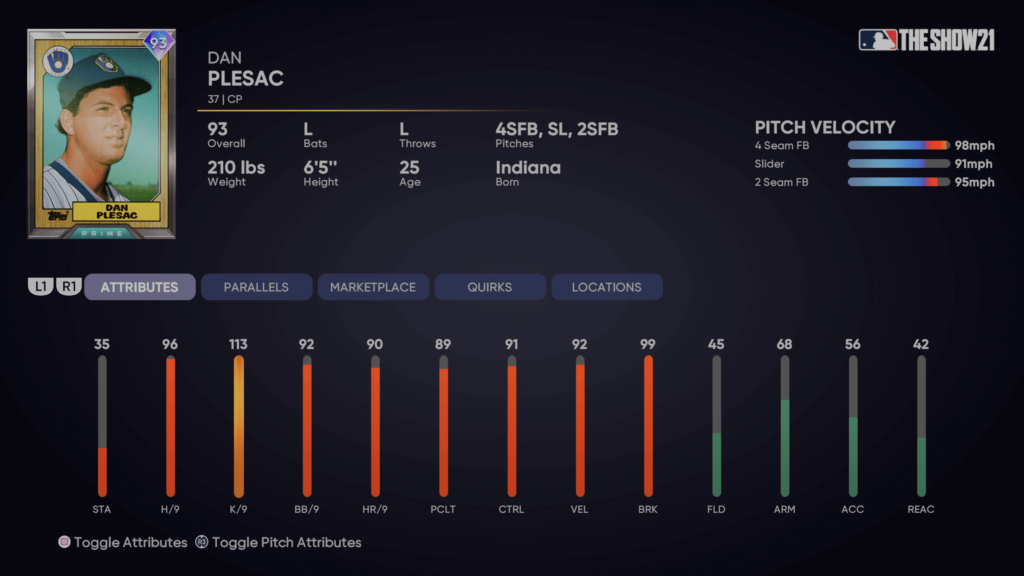 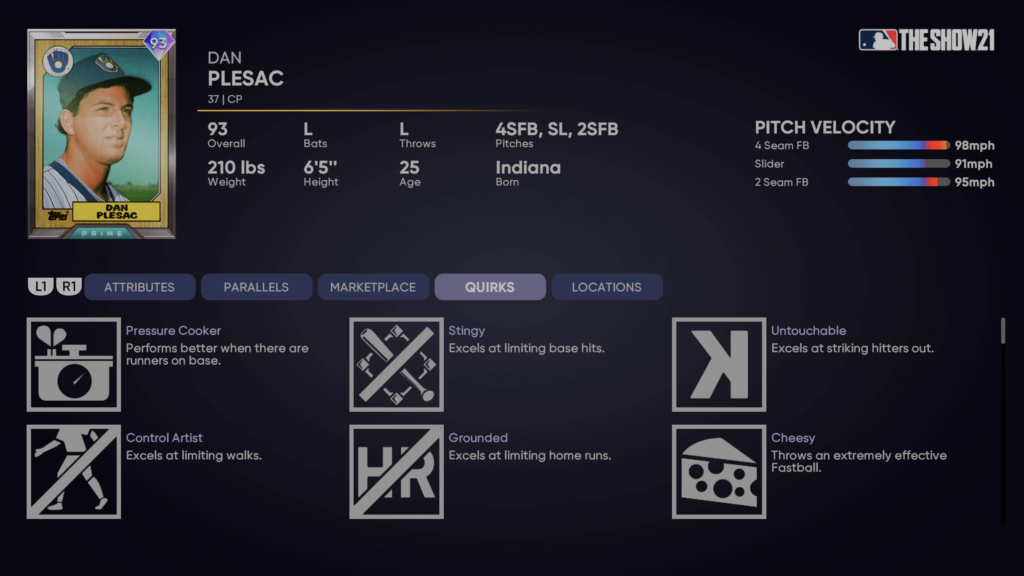 The odds on the Headliners packs remain the same as always, so good luck if you try getting him in packs as you’ll have a 1:10 chance at a diamond, albeit that diamond might not be Prime Dan Plesac.