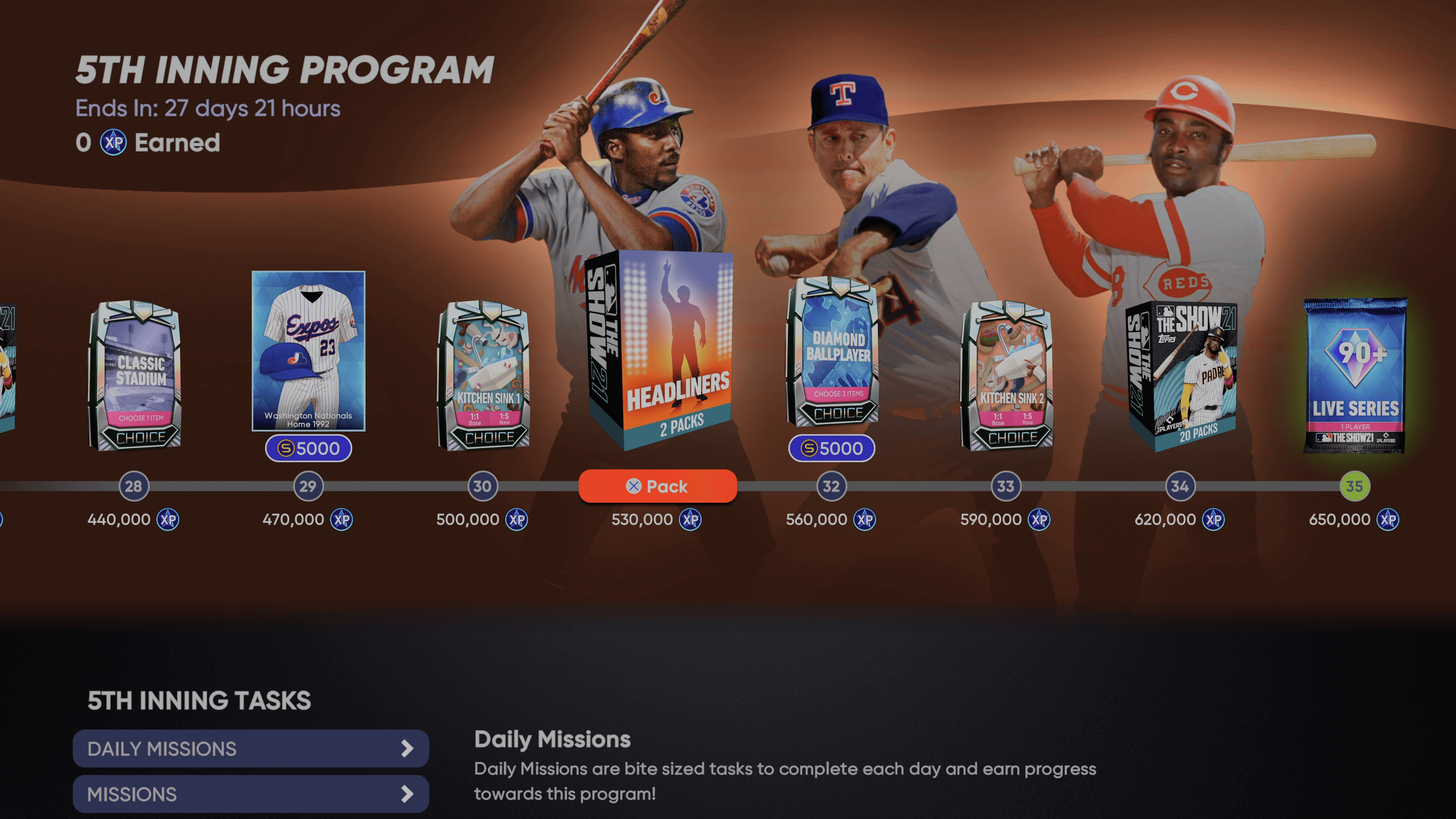 The 5th Inning has arrived in MLB The Show 21 Diamond Dynasty. Going into today, we knew Nolan Ryan was going to be one of the bosses, but the big announcement was most certainly the arrival of a 99 overall Vladimir Guerrero. Papa Guerrero has sometimes been a Battle Royale award and a little less attainable than he is here. Joining Signature Series Vlad and Milestone Ryan is a Prime Joe Morgan. The final reward here remains the 90+ overall Live series diamond (just like last month). Perhaps one surprise is there is no Home Run Derby or All-Star packs in the rewards track. I still think we’ll start getting those packs in greater quantities at some point, but for now that keeps the price of those cards way up there. This new program will end 28 days from now, and the three new bosses will be available at 350,000 XP.

Looking more closely at the bosses, Vladimir Guerrero Jr. is going to be the pick for many. Joe Morgan is one of the best middle infielders now, but his swing is shaky for many, and he just doesn’t have the brand appeal of Vlad Sr. Vlad Guerrero has 120+ contact from both sides, and then 107 power vs. RHP and 112 power vs. LHP. He has a 99 arm, 113 vision, and 81 speed. He is maybe not the greatest right fielder in the field (minus the maxed-out arm), but he’s still unquestionably one of the three best corner outfielders in the game now.

Milestone Nolan Ryan has solid control with this card, which is the biggest selling point over other versions. He does have a sinker as well, but his 4-seam has 99 control and his 12-6 curve has 91 control, which are both important. He will be able to dance between a 99+ mph fastball and a high 70s circle change as well. All in all, I still don’t think he will be used by a ton of people, but this is the version that you would use if he becomes meta.

Now, let’s get to the rest of the program. 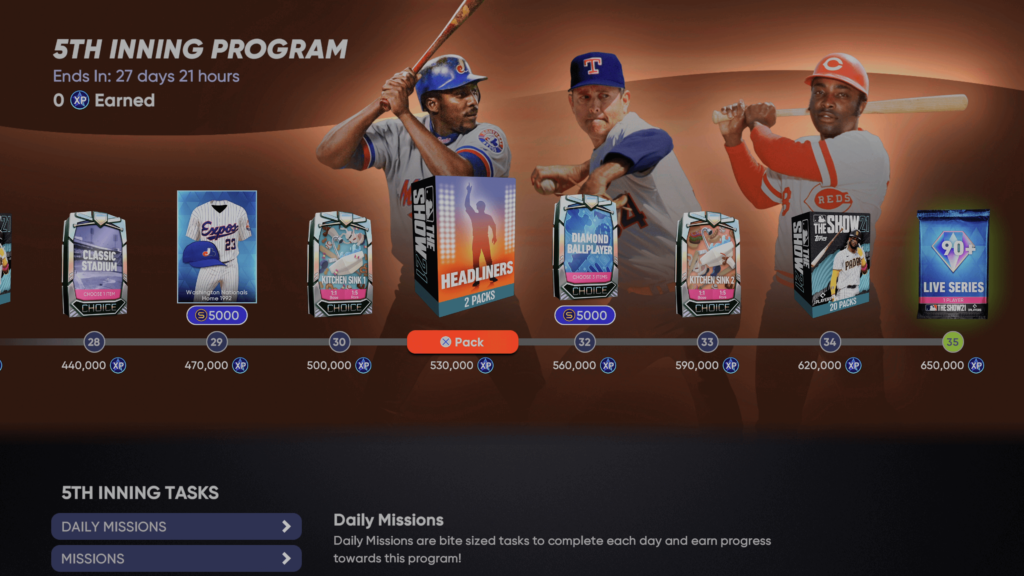 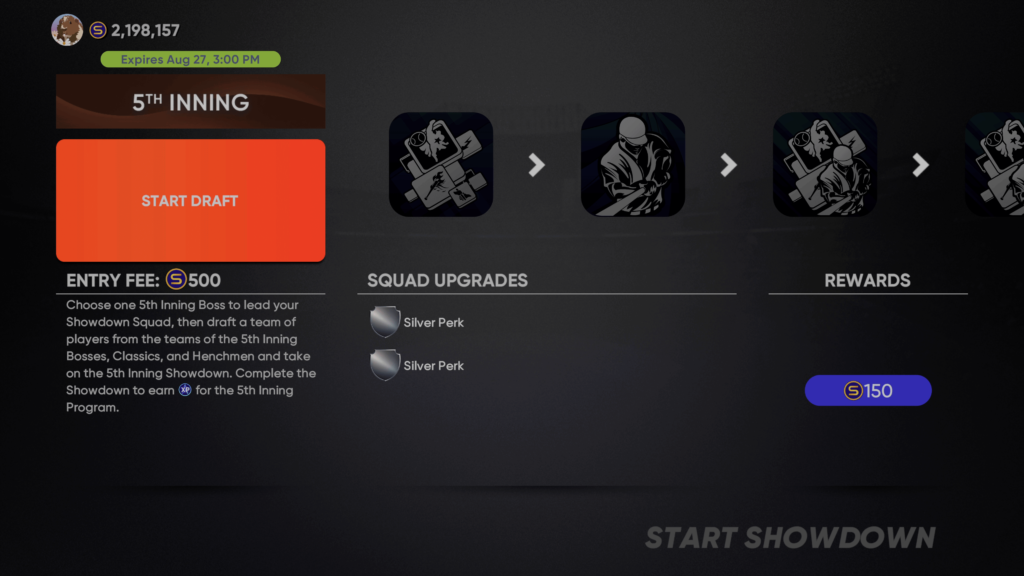 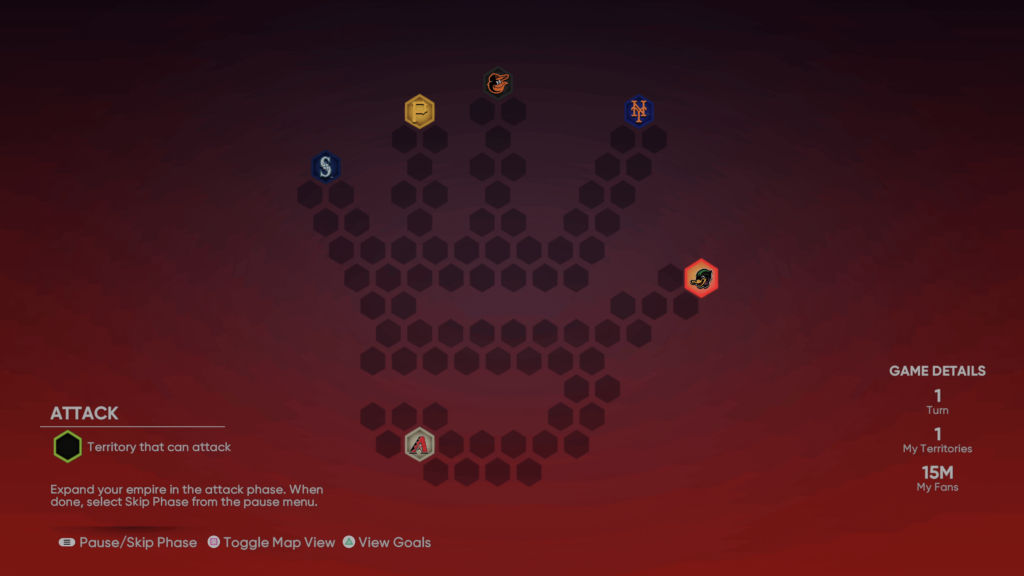 The second Conquest map is a big ol’ hand. You don’t have to steal any fans while capturing the strongholds.

The first player program is for Signature Series Roberto Clemente:

The Field of Dreams player program is a long one like we’ve seen a couple other times this year with things like the Acuna Jr. player program. 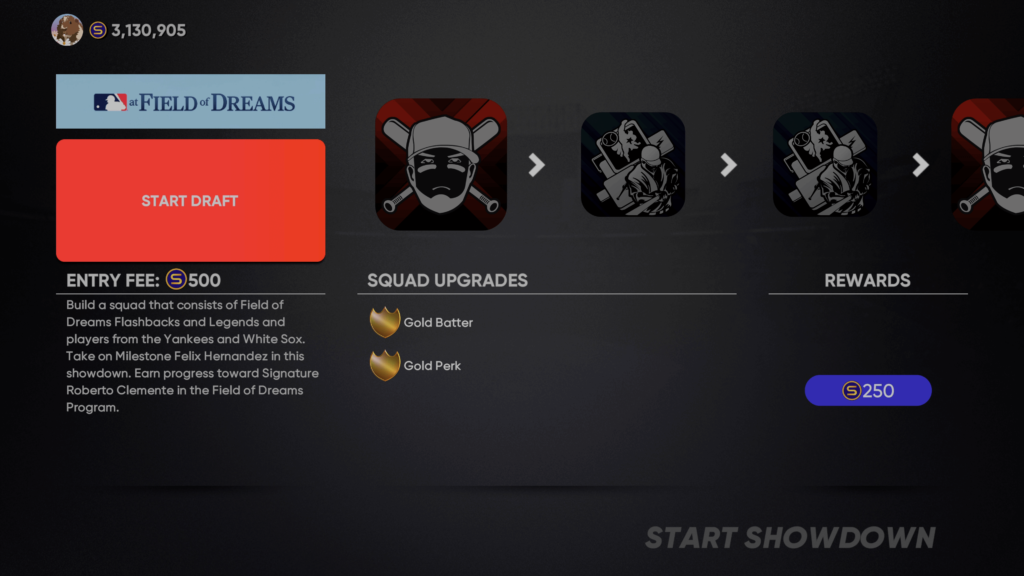 There are 3 mini Showdowns before the Final Showdown. No extra packs here just stubs. 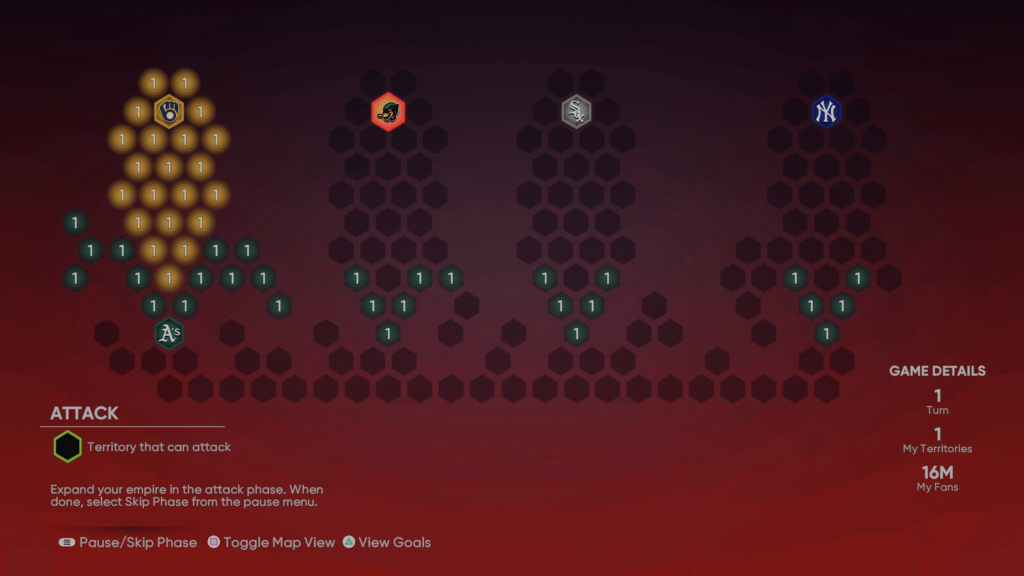 You have to steal 3 million fans, but otherwise it’s an easy to follow map.

Completing the map is worth 20 program points.

The next player program is Signature Series Robin Roberts:

The next player program is Milestone Ryan Zimmerman:

As for inning collections:

I have a longstanding appreciation for that specific Rollins card, but it’s pretty bad this time around. Newhouser remains a legend from his one Signature Series card, but not really sure what the pick is here.

That Moncada card is another classic, but again, not really sure there is an overwhelming pick here.

Comment on this article
Continue Reading
You may also like...
Related Topics:baseball, mlb, mlb the show 21, san diego studio, SDS