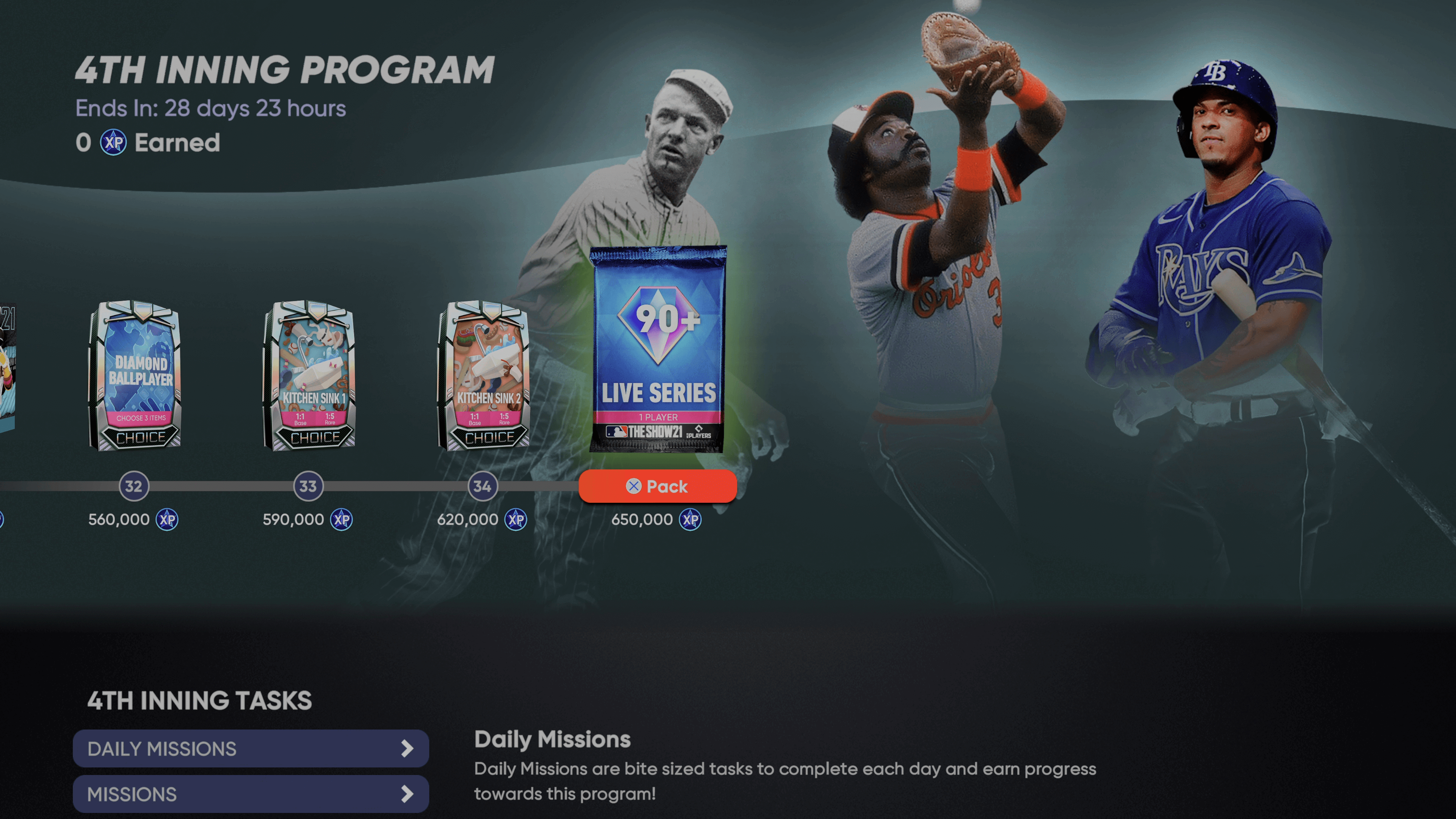 The 4th Inning has launched in MLB The Show 21 Diamond Dynasty,. We knew a new Wander Franco card was going to be among the bosses, and Future Stars Wander Franco is joined by Awards Eddie Murray and Milestone Christy Mathewson. All three 4th Inning Bosses are 99 overalls. The big change with this program comes in the form of a “tweak” to the last XP reward in the program. Instead of an 85-89 Live Series choice pack, you will now get a 90+ Live Series choice pack. This has already made waves on the marketplace with many of the top-end Live cards coming way down in price (at least in the short term). This new program will end 28 days from now, and the three new bosses will be available at 350,000 XP.

Looking at the bosses, Wander Franco will get the most buzz, but all three players are impressive. Mathewson takes on renewed interest this year since pinpoint pitching has allowed pitchers with weirder/slower windups to find new life. Mathewson is one of those pitchers. He has a screwball, 4-seam, 12-6 curve, changeup, and sinker as his pitches. He has 124 stamina and top-end control of every pitch. He might just be a nightmare to face. Eddie Murray is a switch hitter with 100+ ratings in every important hitting category (but can only play 1B). Franco is another switch hitter with elite hitting stats (but a level below Murray), and he can play SS/2B/3B. 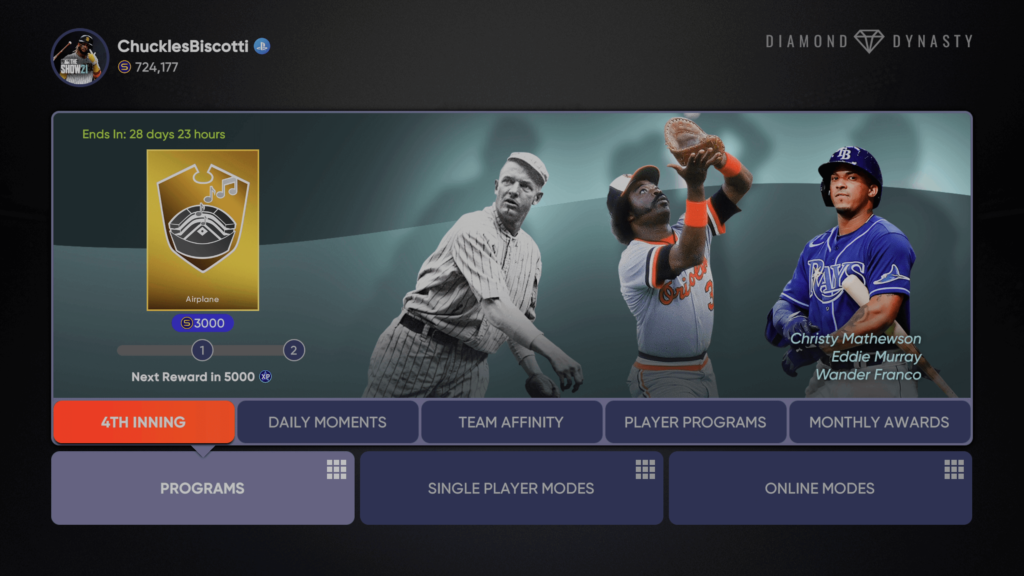 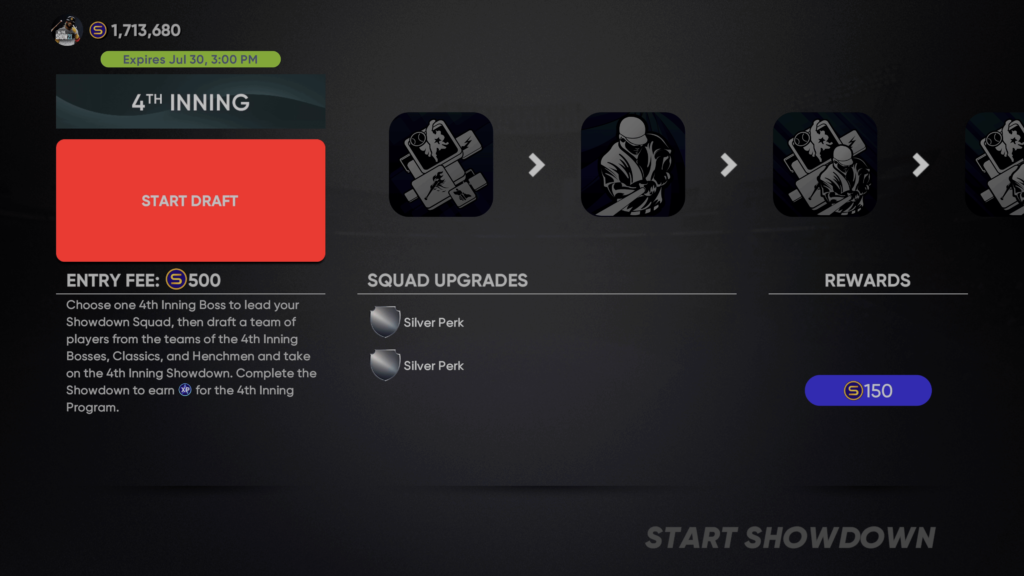 The Final Showdown will inevitably be against Christy Mathewson. This Showdown has one mini-boss, and you can earn a Ballin’ Is A Habit pack, and earn The Show pack (x3) along the way. 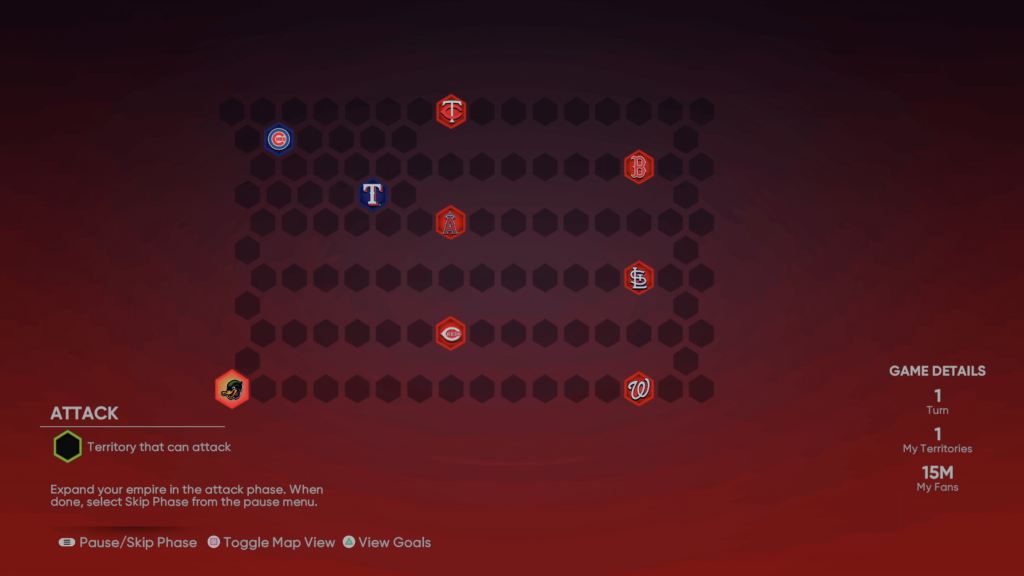 The first Conquest map involves capturing eight strongholds. You do not need to steal any fans or conquer a stronghold by a certain turn. It is a straight forward 4th of July Conquest map. 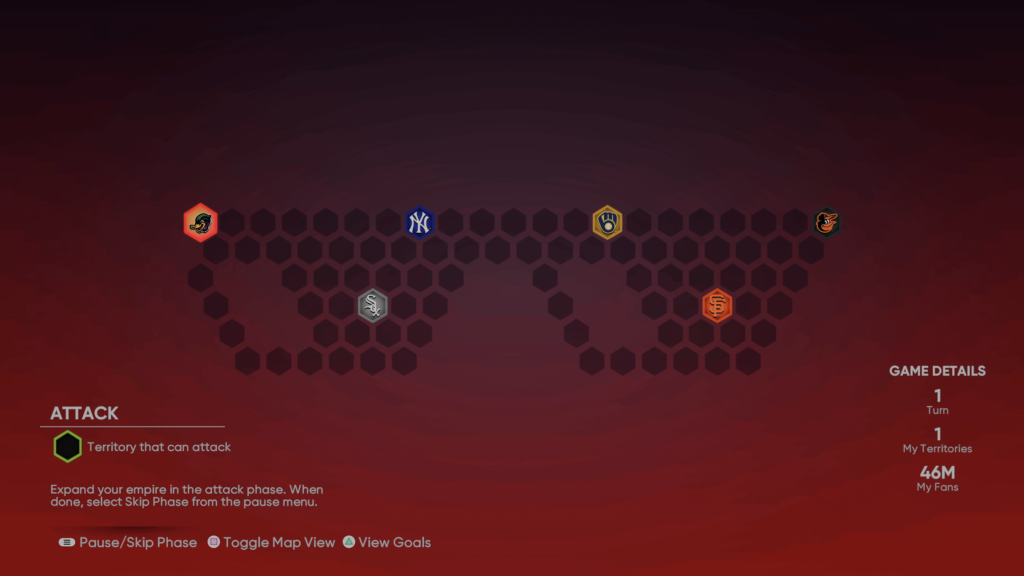 Here are all the secrets on that map courtesy of mlbtscardart. 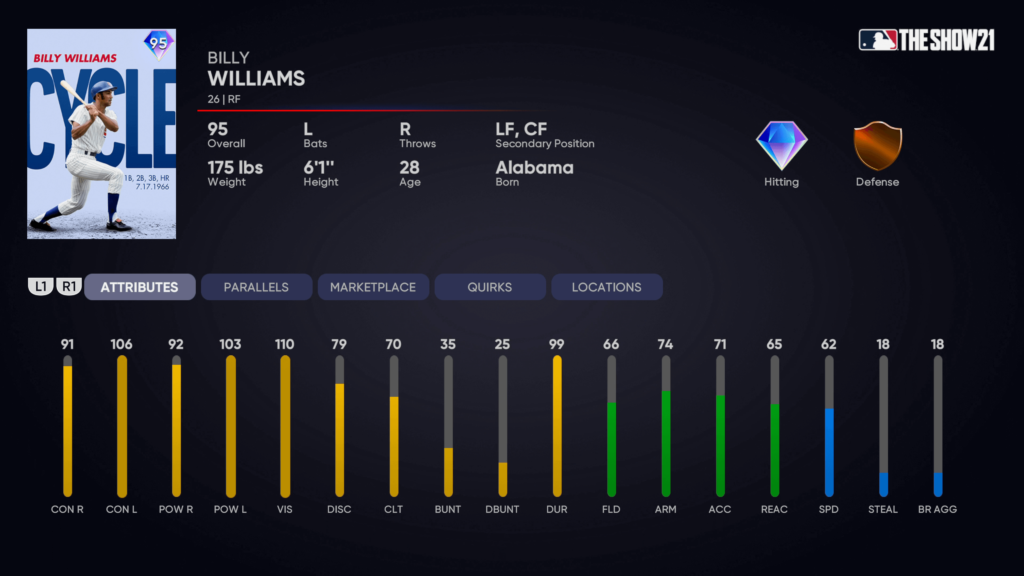 Finishing all the moments will net you 2,200 stubs in total.

I don’t think there is a right or wrong answer here. Maybe Perez goes at the bottom of the three, but all three have upside as lower-end options.