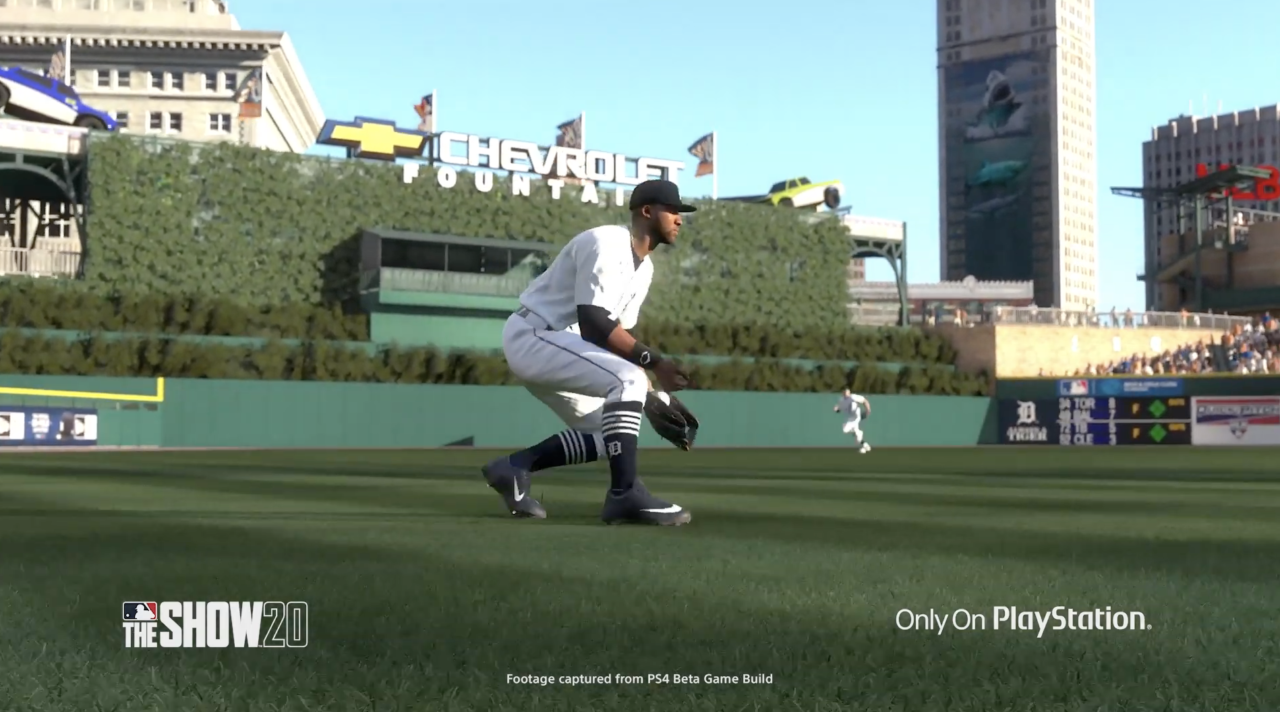 Ryan McCaffrey, from IGN, recently sat down with MLB The Show 20 community manager and game designer Ramone Russell, as he walks through some of the new changes to defense, coming this year. In the b-roll video below, Ramone also talks about “Perfect-Perfect” hits, throws and much more, including over 700 gameplay animations.

The new first step system allows subtle transitions in different tiers. The best guys (for example, Cody Bellinger, Mike Trout) will get the best start in their transitions, all the time. The “Extreme Catch Indicator” only pops up on hard sinking line drives, and you will need to make a choice on whether you want to charge the ball and try to catch it, or lay off and concede the hit.

The button accuracy meter is more dynamic this year and it’s a little harder. The sweet spot grows based off of the ability of the player, the play itself and the catch and the throw he actually has. So if it’s an easier play, the green area would be larger, the harder the play, the small that green window is.

The throw home meter will provide users the ability to throw a perfect throw to home plate. Obviously, that doesn’t mean the player will be out every time, but the throw itself will make it so the catcher doesn’t have to move out of position to catch the ball.

Everything that was done this year, gives the user more control over what the players are doing and it makes the player ratings stand out more.

As mentioned by Archie56 in our Forums, Chevrolet Fountain is in the game this year, as seen at Comerica Park. Make sure to watch the video and let us know what you’re seeing and what you like or dislike about the new defensive changes to MLB The Show 20.

MLB The Show 20: Looking to the Past and Present to Predict Franchise Mode Rebranding
Highlights From IGN's MLB The Show 20 Road to the Show Improvements Video