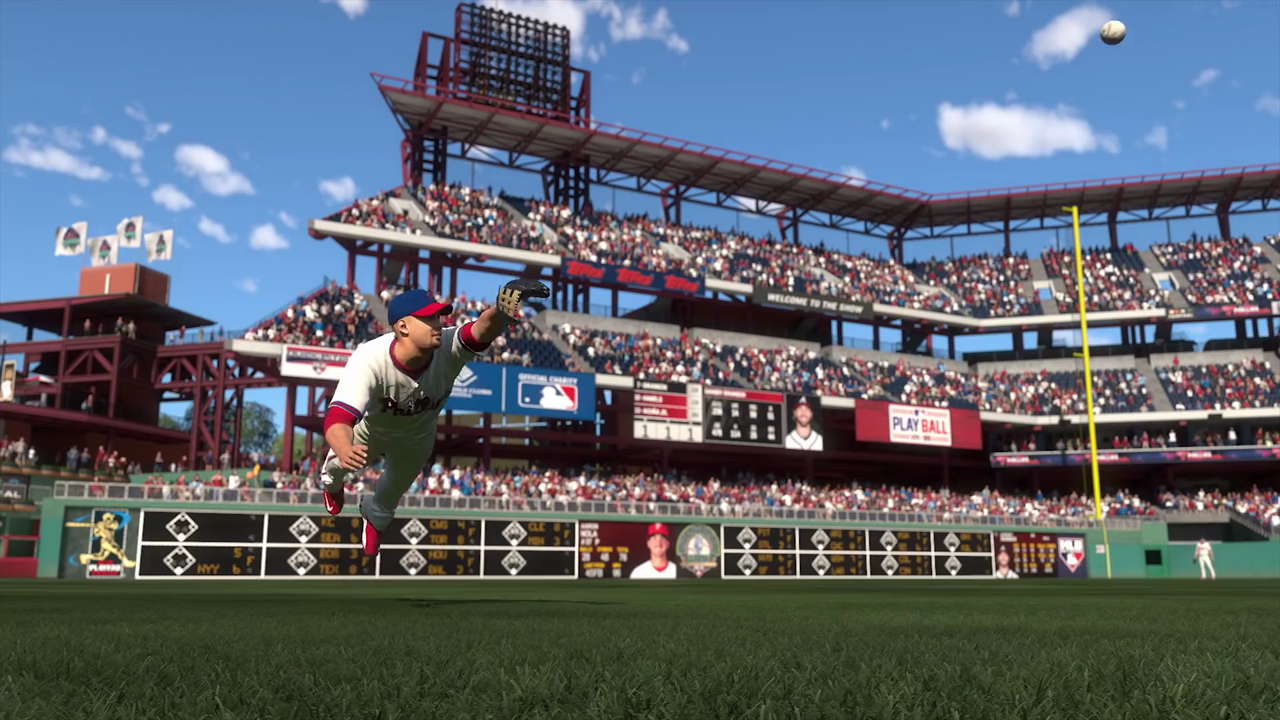 SDS pushed out MLB The Show 20 Update 1.09 early this morning. The patch notes are as follows.

This update includes improvements to some of the most glaring gameplay fielding issues that have been recently reported, such as:

Every fielding situation is unique and we have more improvements planned. We will also continue to monitor and work to resolve further issues that may occur.

So far, the community response is still somewhat mixed, but there is more positives than negatives so far. The biggest issue still seems to be happening around the warning track/wall area. I highlighted this component in our breakdown of the fielding issues last week, but basically fielders sometimes don’t react to balls at the wall. The issues relating to balls just hitting outfielders in the head have been improved overall it seems, but there are still some “wonky” things that can happen.

Here is an example from forum user bcruise:

Here is what bcruise said about the clip, which I will post in full because I generally agree with the sentiment:

“Everything about the way I played this ball is wrong, at least in the context of playing a video game. It’s hit so high and over Schwarber’s head that I shouldn’t be trying to jog back on it – after the bad jump that needs to be a full sprint to get under the ball, and it would have been were I playing seriously. Unlike some of the previous videos I’ve posted, this one is me doing the jog manually and not being throttled by the game – I had the option to go full speed here and didn’t. Not only that, but Schwarbs isn’t exactly a gold glover out there. But all that aside, I still want to at least see an animated attempt on a play like that – it goes back to what I was saying about the wall catches not triggering animations (which this actually ends up pretty close to being).

If those still happen on plays that need a light touch on the analog stick with no other option, then there’s still a problem. Fortunately, I have not seen that yet and aside from the real wall-catches (ones where the landing cursor actually shows up on the wall) this is the first time out of around an hour of fly balls in practice mode that I muffed one. While trying to make it happen.”

Some folks will disagree with bcruise and myself and say it just looks dumb that the outfielder got hit in the head there, but the point is that outfielder is never in a great spot. Would it look better if an actual “missing the catch” animation plays out there overall? Yeah, I think that’s fair. But as I’ve said before, without proper head tracking and such, the animation playing out — if it existed — still would lead to some issues from a visual perspective.

I have not seen many reports of fielders struggling to pick the ball up post-patch, which was arguably an even bigger issue as it would lead to runners taking multiple extra bases.

Overall, we’ll just have to keep an eye on this stuff because it seems like SDS isn’t done focusing on fielding as of yet.