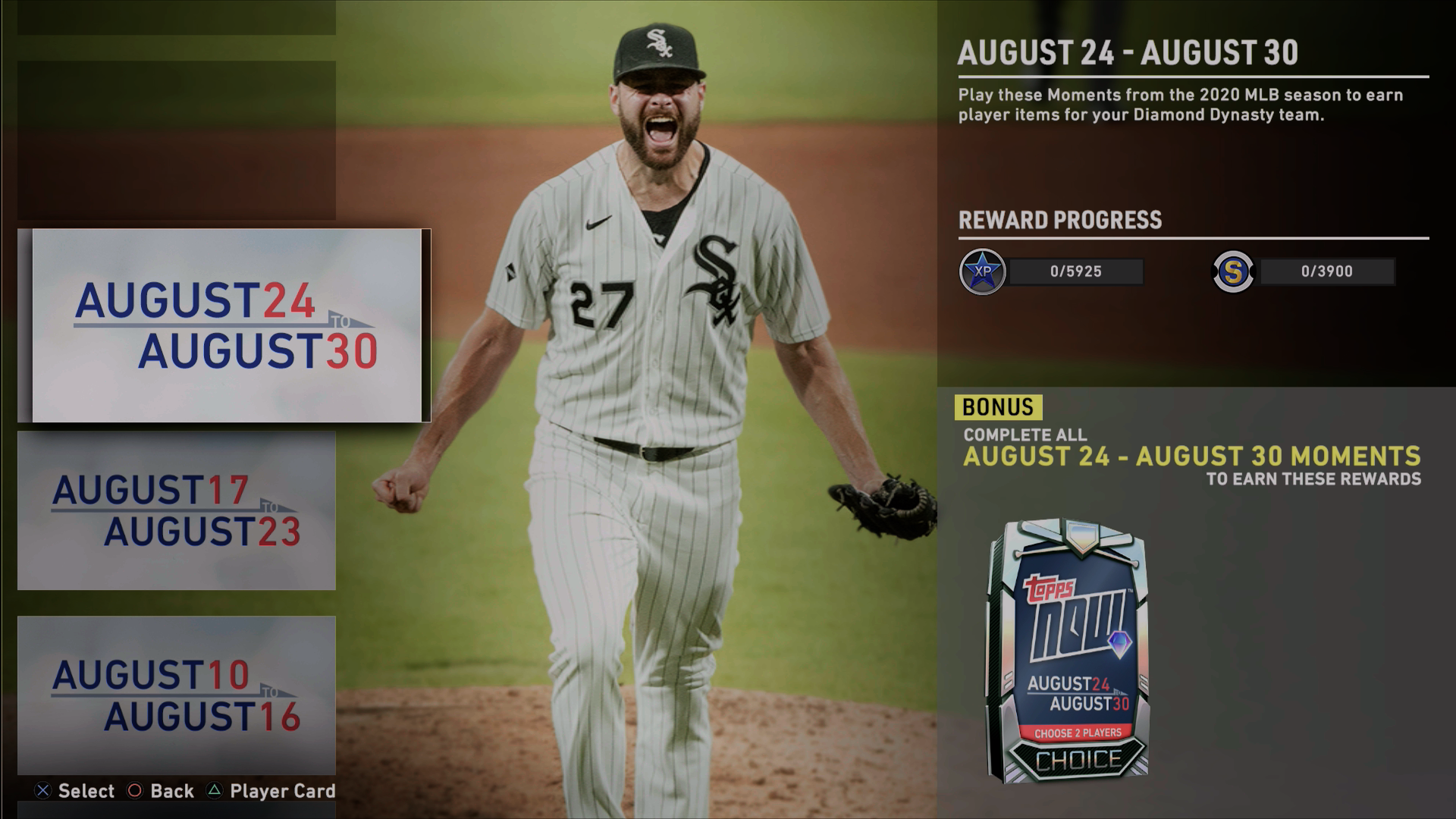 Going through each of the five players real quick:

This is the seventh batch of Topps Now players. I thought the last batch would be the final one (since it’s now September) but it makes sense to put one week of lag on the next group since these cards always come out a couple days later. The “lightning” player (presumably) and flashbacks will be in the next release on September 11. You can see the other players released for July and August here, here, here, here, here and here.

As usual, if you complete all the Moments you will get a choice pack where you can pick two players.

This looks like a very easy batch of moments to complete.