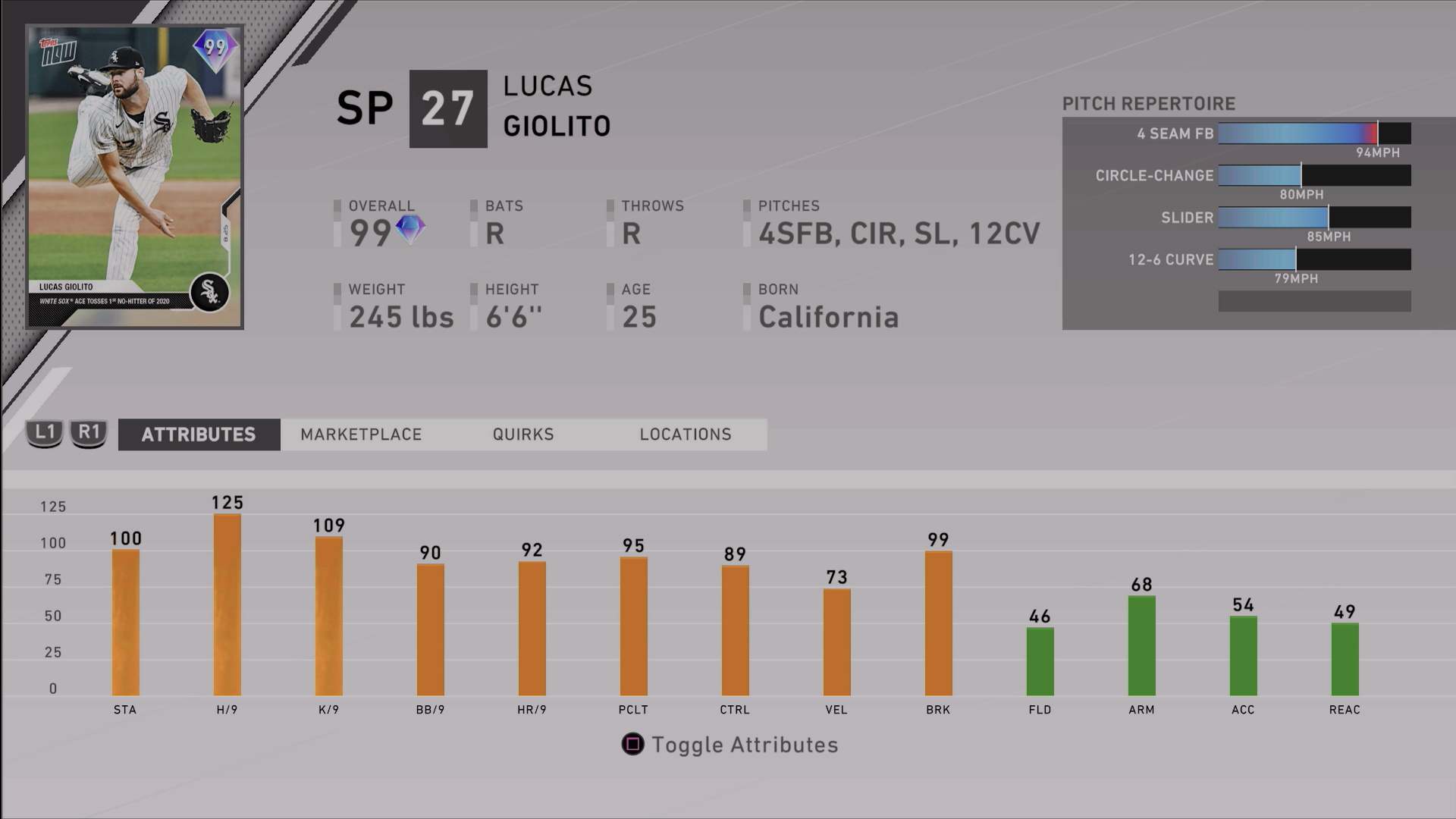 Topps Now Lucas Giolito headlines the latest batch of August Topps Now players — and you can get him free for the next couple days in the Show Shop. 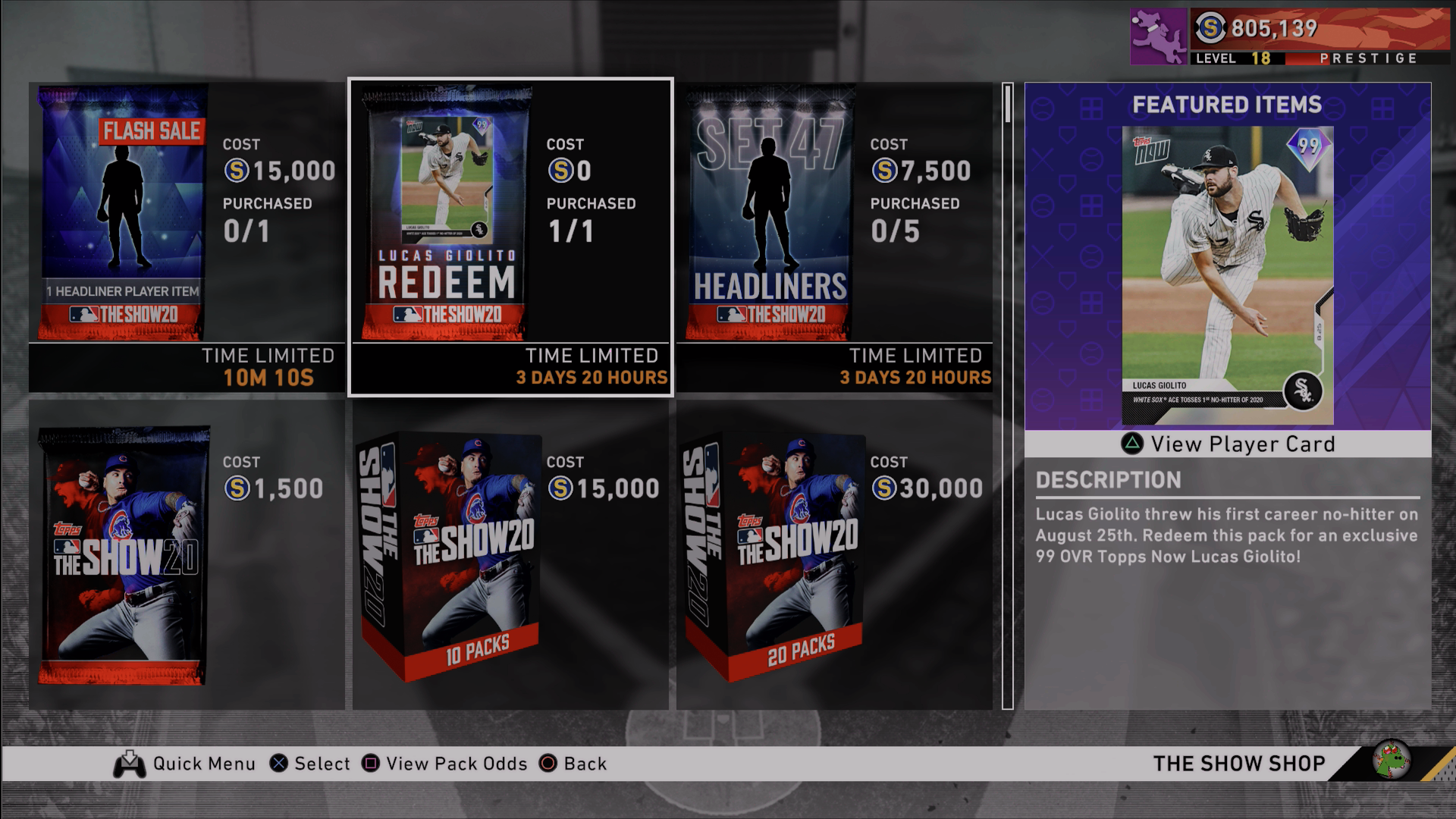 This is the sixth batch of Topps Now players, and I think it’s the final set of players before the “lightning” player, which most likely will be Fernando Tatis Jr. at this point since Abreu got a card this week, and Bieber has already been featured as well. You can see the other players released for July and August here, here, here, here and here.

As usual, if you complete all the Moments you will get a choice pack where you can pick two players.

New Players And Their Attributes