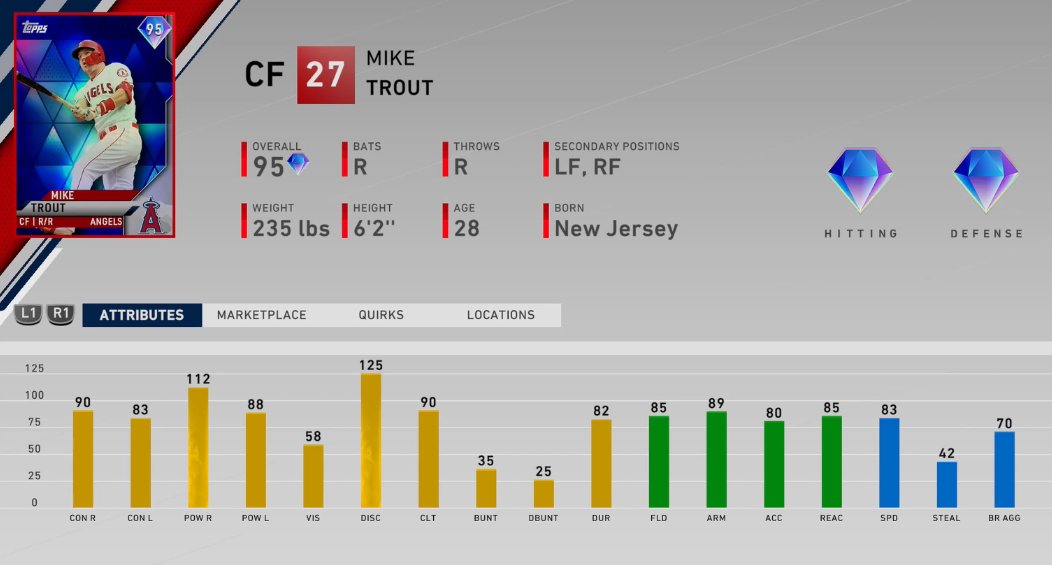 The top five Diamond Dynasty players at every position were revealed today on San Diego Studio’s stream for MLB The Show 20. As a reminder before we get to the players, the card arts for certain players won’t be updated until they play for their new teams. In addition, the ratings for Diamond Dynasty are different than the ones for other modes. So while Mike Trout has one rating in Diamond Dynasty, he will have a 99 overall rating in the main game. On top of that, certain players will probably have a primary position change (guys like Cody Bellinger and Gleyber Torres), but until they officially play at those positions, they will retain their original primary position.

(Just a note, the developers also said 60 overall in a category is basically the MLB average.)

Some other tidbits from OS forum user Cycloniac:

This is probably the most loaded position in the game in terms of top-end talent in Diamond Dynasty. All five of these players will be diamonds out of the gate, and only third base has the same appeal among the position players. In addition, Mookie Betts or Cody Bellinger (probably Bellinger) will be moving to a new outfield position, which will become his primary once he gets some innings at it.

Again, Ketel Marte or Starling Marte will change positions at some point (probably Ketel) so one of these Diamondbacks will have a new primary position after it all shakes out. Mike Trout at 95 overall is far and away the best Live series player out of the gate.

This is the only position in the game that will not have a diamond Live series player on day one.

Top 5 LF #MLBTheShow20 — only position without a diamond

Top Five 3B In Diamond Dynasty

Third base is the other all-diamond top five. It’s another stacked position, and Matt Chapman does have the best infield defense among all Live series players to start the year.

Top Five 2B in Diamond Dynasty

This is the same deal as a couple other spots as Gleyber Torres will probably switch positions and get a new primary defensive position once he plays some real games at it.

Top Five 1B in Diamond Dynasty