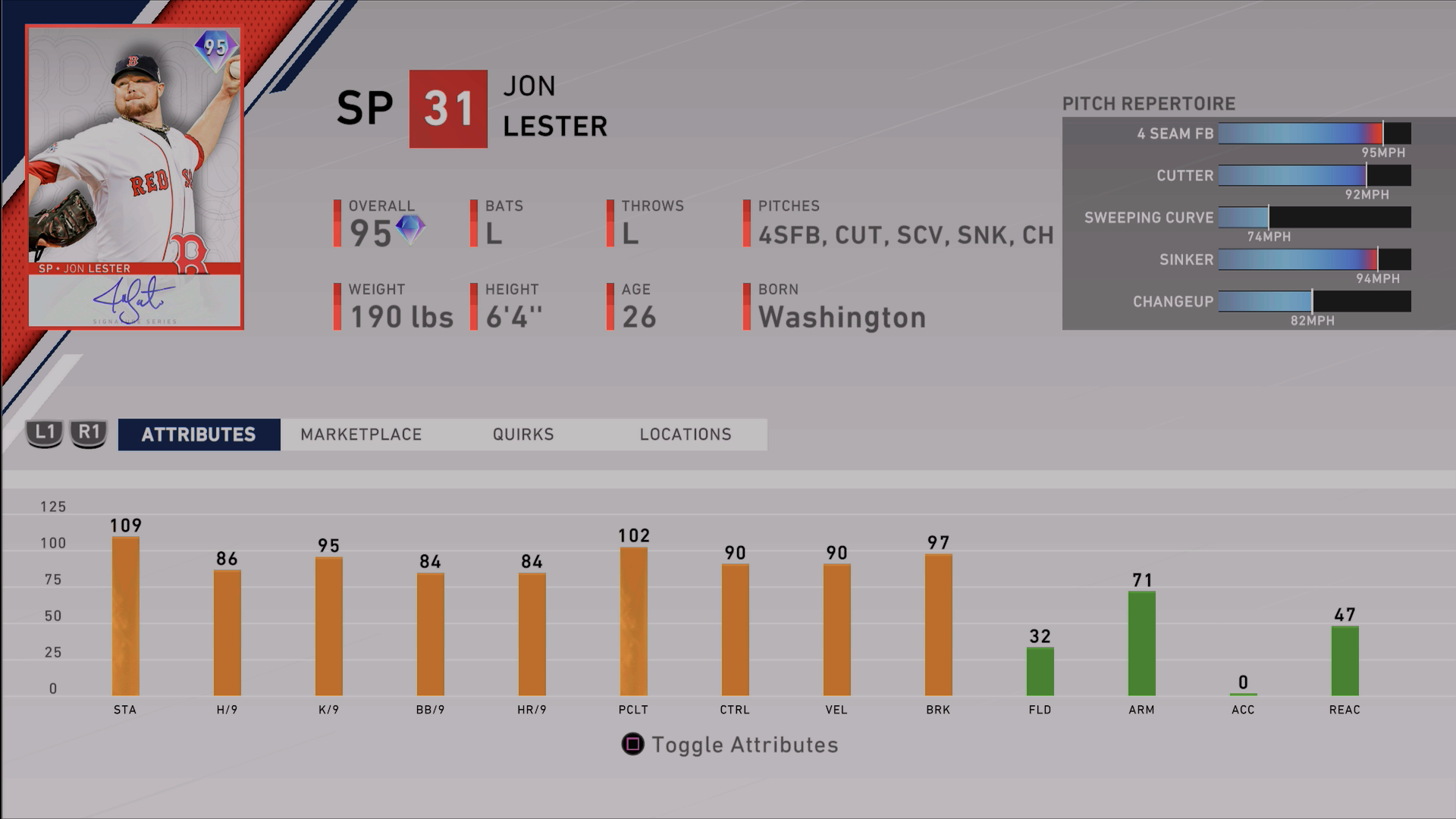 Signature Series Jon Lester is the newest player added to the 7th Inning Program. He is a 95 overall, and he will add +40 points to your program if you collect him and win one game online with him.

He has his usual five-pitch mix that revolves around using three different forms of a fastball to go with the changeup and sweeping curve. Much like someone like Cole Hamels or Cliff Lee, he’s an acquired taste. Some struggle to pitch with guys like Lester while others excel.

All this info has also been added to our 7th Inning Program guide.