If the first couple days of MLB The Show 20 hitting are any indication, this year looks as though it’s going to be an offensive bonanza on the diamond. Developers at San Diego Studio put a ton of work into the hitting engine for this year’s launch, and early returns suggest a much, much more potent experience at the plate.

It’s no secret exit velocities were a huge point of contention in MLB The Show 19. Users could square up a ball with perfect swing timing and perfect PCI location, only to see the ball leave the bat at with slower exit velocity than it arrived. Swinging late was more beneficial than swinging just early in a lot of cases. It was a huge issue, especially among the more competitive side of the community. The game was compassionately nicknamed “Lineout Simulator 19” by a large swath of content creators.

That doesn’t appear as though it is going to be an issue this year.

Developers poured a ton of time and energy into creating a hitting engine that would accurately reflect exactly what tendencies Major League Baseball brought to the table. The beta unveiled a very high offensive environment. Swings with perfect timing and perfect PCI placement resulted in an .833 batting average. Moreover, 32.3 percent of “perfect-perfect” swings resulted in home runs. Those are the types of figures gamers wanted to see. 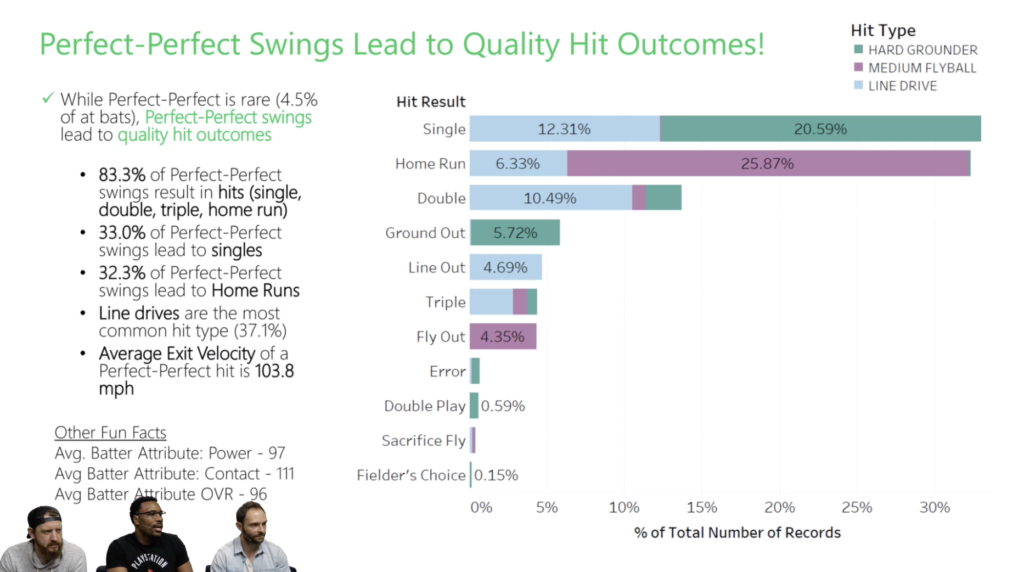 The PCI itself is much improved, helping to identify what type of hitter you have at the plate and how you should approach an at-bat. The three-dot perfect-perfect system in the middle of the PCI helps the user know whether to look for high pitches to drive out of the park, or to try to work at the bottom of their PCI for players who excel and launch line drives and sharp ground balls into the outfield.

Some other tweaks were made to this year’s game to inflate offensive outputs aside from the revamped hitting engine. High sinkers, and sinkers in general for that matter, were made less effective. It was almost impossible for some players to square up the pitch in MLB The Show 19.

I can only speak for my own experience to this point, but my offensive output has more than doubled in my first 10 games in Ranked Seasons so far. Last year, I averaged only 4.98 runs per game. To this point, I’m averaging exactly 10 runs per game, hitting .439 along the way. To be entirely fair to the process, it’s important to note that the games being played are still at a fairly low tier in Ranked Seasons, so competition will undoubtedly get more difficult. But for the sake of this exercise, the results are encouraging. The game just feels better. Exit velocities exceeding 110 miles per hour are entirely attainable with some of the best power hitters in the game, and that feels great.

Of course, if it remains this easy to hit once we get to HOF then there will be a problem. It could perhaps even be argued that the game rewards you too much right now for contact outside the heart of your PCI — even on All-Star. 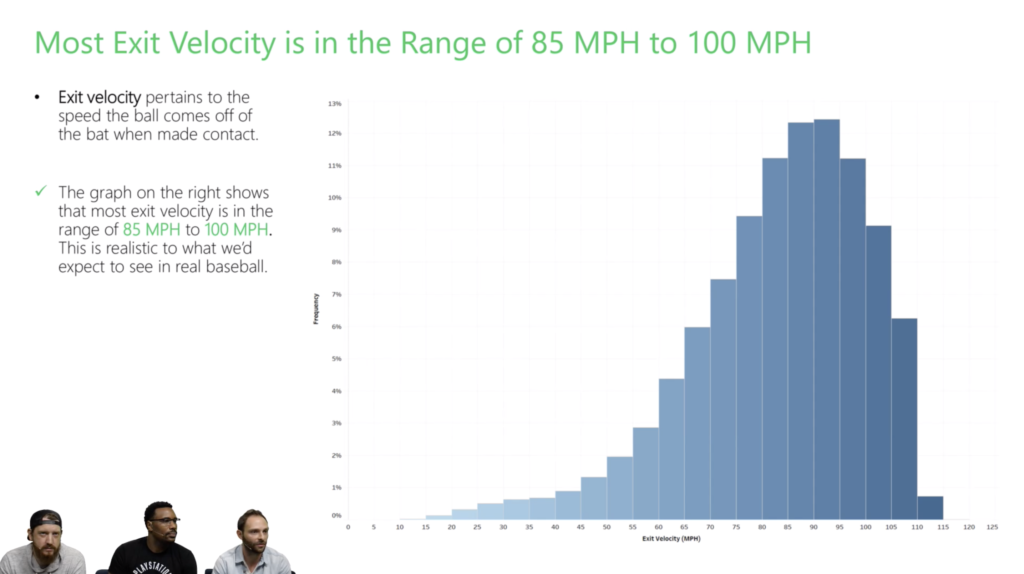 Beyond that, kudos needs to go out to the developers for changing the sound of the ball off the bat this season. It was exactly the same from MLB The Show 18 to MLB The Show 19, so this fresh coat of paint provides some nice catharsis when you really connect on a swing. The sound produced when you perfect-perfect a ball into the seats is unlike any other sound in the game. It’s fantastic.

The question now is, how far along the spectrum have we moved? Is MLB The Show 20 going to turn into a reincarnation of MLB The Show 17 where baseballs were being launched to the moon every other at-bat? As the competitive community continues to adapt to the new experience, settling in on a meta, will most contests turn into slugfests? That remains to be seen. Either way, the experience from the new engine feels responsive and pure, something the last two iterations of the franchise lacked at times.