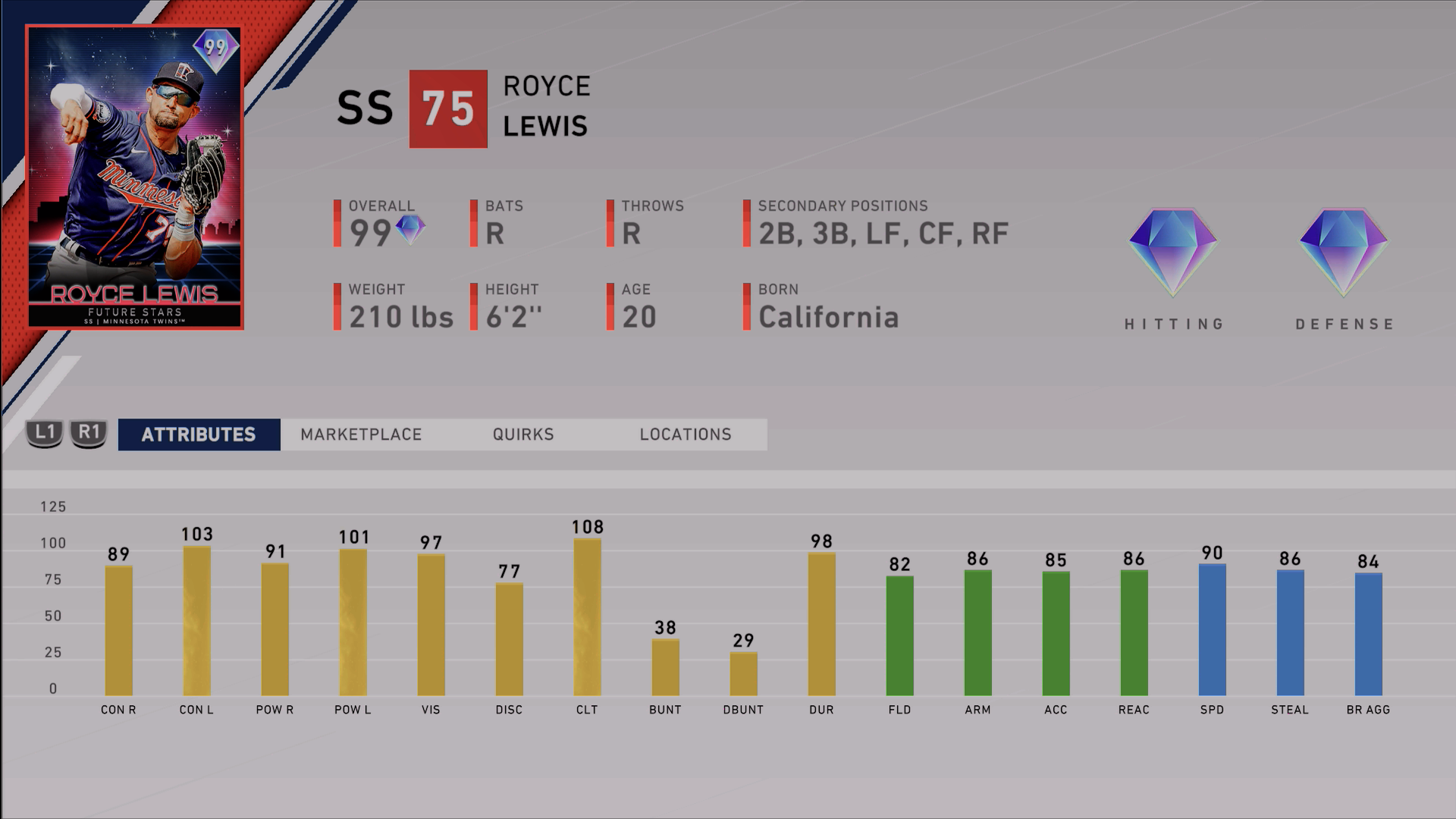 So we don’t get the third 1st Inning boss in a row (Roy Oswalt) instead going for a double dip instead on Royce Lewis, who was last seen as a Prospects player. Lewis’ initial card holds value right now due to the Mike Trout collection and the collection rewards associated with that, but I never ran into him much online.

I don’t think I’ll run into this version much either, but the biggest positive for Lewis is his versatility. He is a primary shortstop with secondaries at 2B, 3B, LF, CF, RF. He has 103 contact versus LHP, 110 power versus LHP and 108 clutch. He also has 90 speed to go with some solid fielding ratings. Again, I don’t see anything crazy special here, but he’s got good tools and positional versatility.

Here is a look at his full ratings:

Here is a look at some of his quirks: 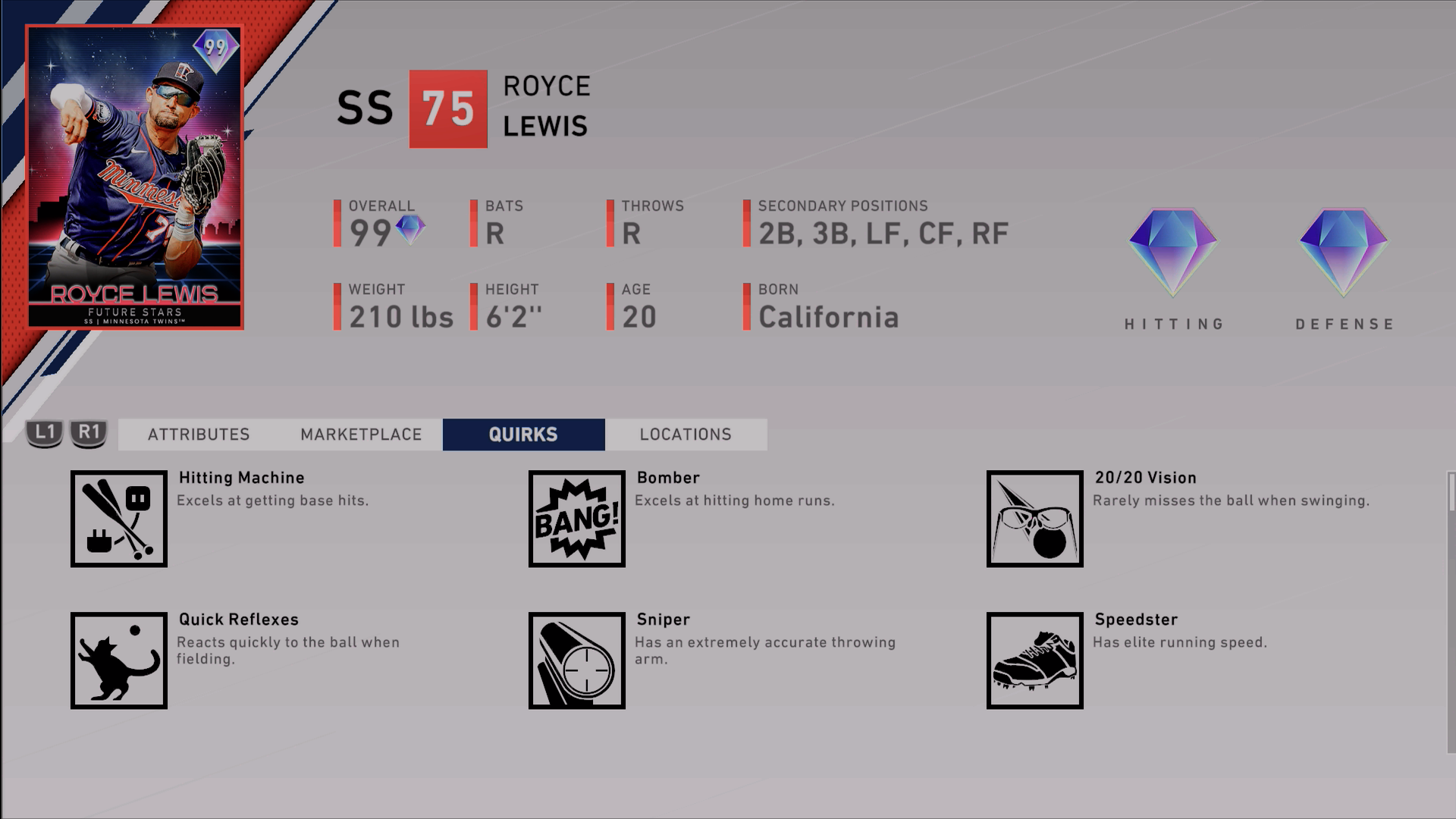 The odds on the Headliners packs remain the same as always, so good luck if you try getting him in packs as you’ll have a 1:10 chance at a diamond, albeit that diamond might not be Future Stars Royce Lewis.