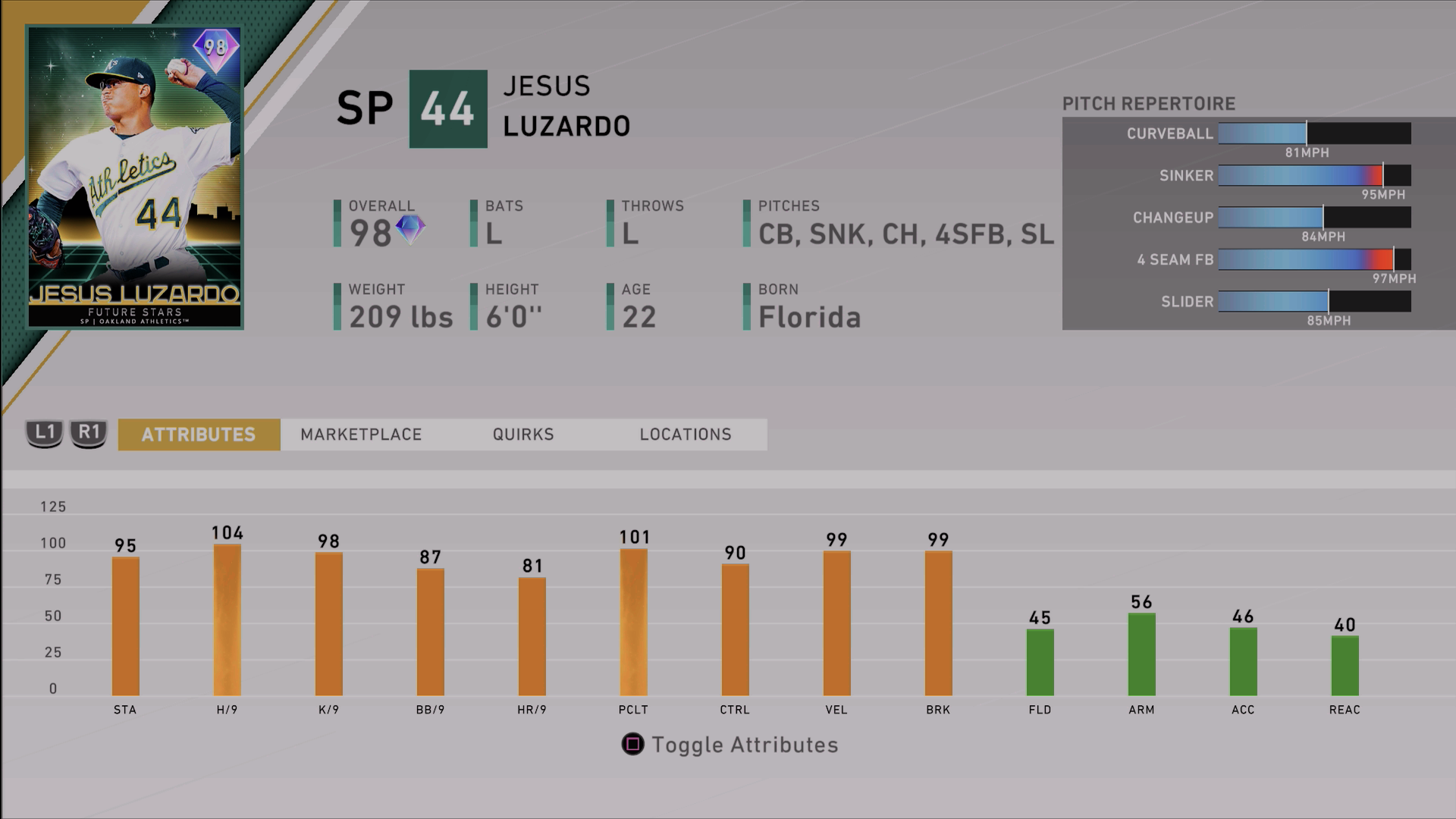 This is the second version of Luzardo we have received, coming quite some time after the Prospects Luzardo that was a 90 overall. He has the same five-pitch mix (primary curve, sinker, change, four-seam, slider) just now with boosts to various attributes. I do not like pitching with the original version of Luzardo, so I don’t think this one will sell me either. I find him relatively easy to read, but maybe 104 H/9 and better control will change that a bit. On top of that, I do think there was a decent amount of buzz around the Prospects version in the community.

Regardless, we also have a lot of left-handed starting pitching to use already, so I do not see Luzardo being worth his price if it stays north of 65K stubs.

Here is a look at his ratings: 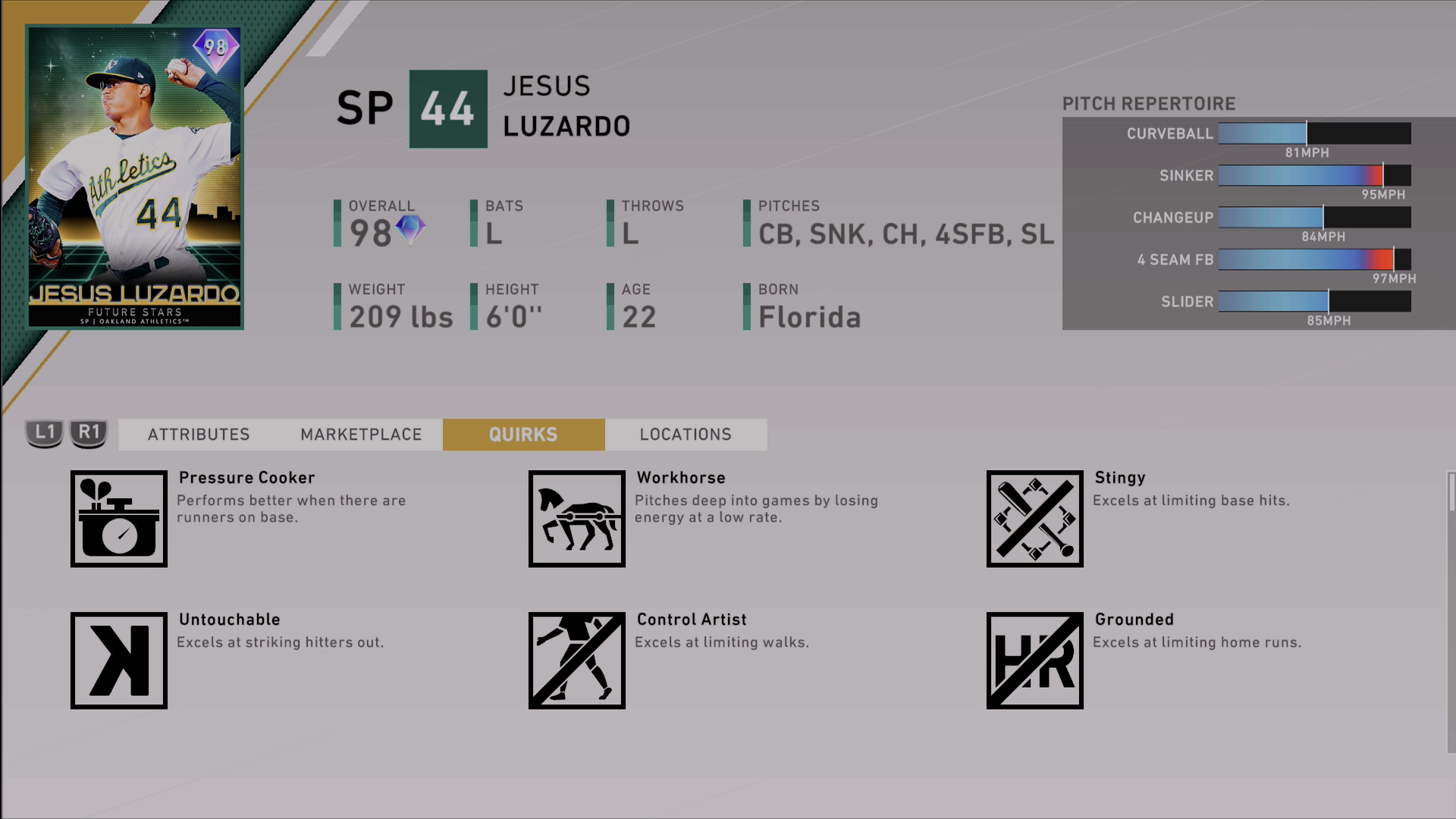 The odds on the Headliners packs remain the same as always, so good luck if you try getting him in packs as you’ll have a 1:10 chance at a diamond, albeit that diamond might not be Future Stars Jesus Luzardo.