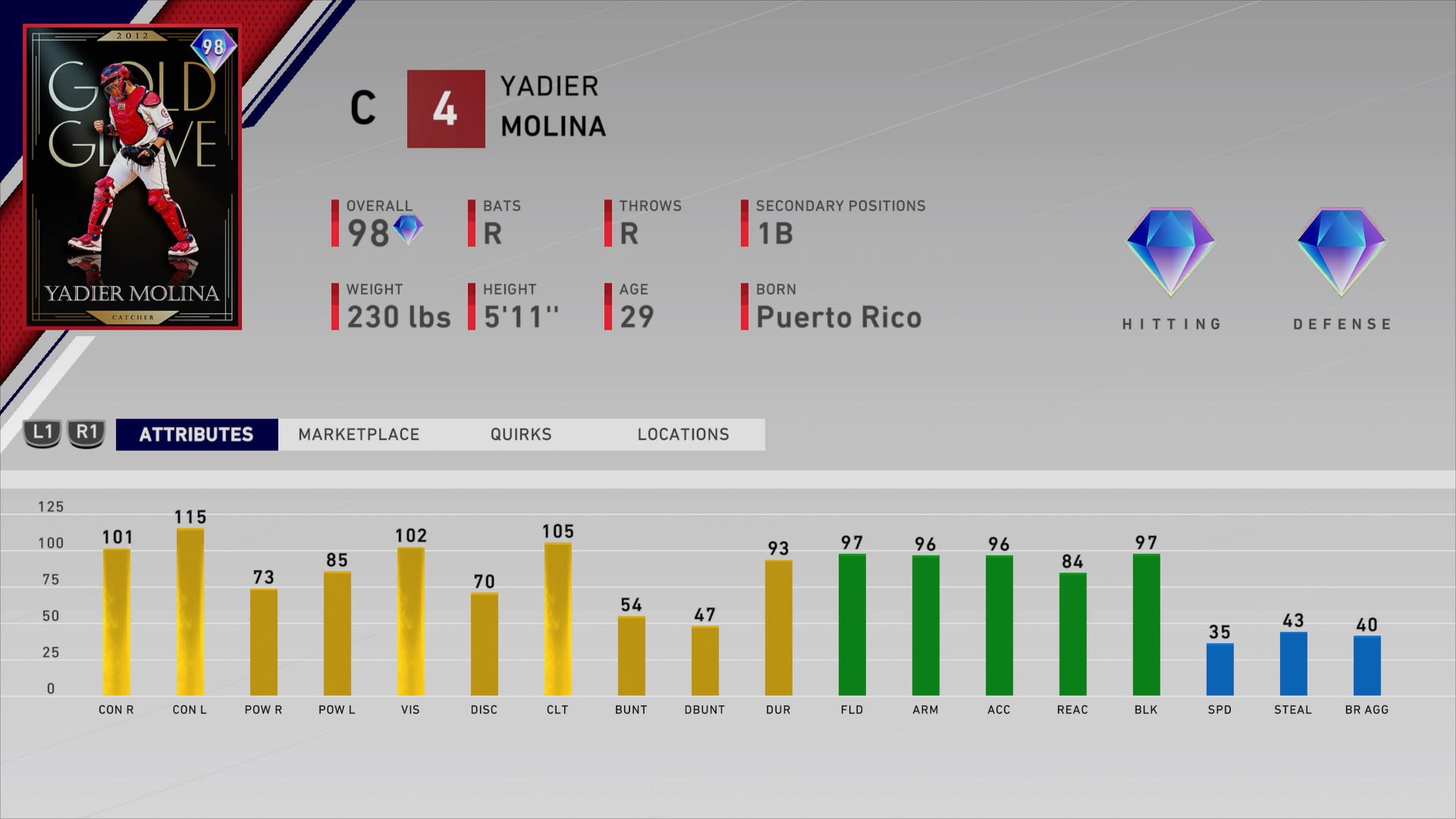 Awards Yadier Molina is intriguing on some level. You give away some power, but his contact is elite for a catcher, and his speed at 35 is actually very good for Molina. His defense is obviously the biggest perk, but I think his power being 85 against left-handed pitching should push him over the edge for some people. The power at 73 on right-handed pitching is not terrible either, so if you’re comfortable with his stance then this card is worth a shot.

Still, I don’t think defense is quite as important as it should be for catchers. You can’t start non-viable players there, but I’m content using Pablo Sandoval there, for example. Stealing is still so much about timing that a lot of the time you give up a bag before the pitch is even thrown. That negates some of the appeal of Molina, and bunting is strong enough that a good catcher is sort of irrelevant there as well. Still, passed balls are a big deal if you like to throw a lot of junk in the dirt, so that needs to be factored into things as well.

Here’s a look at Molina’s ratings.

Here’s a look at his quirks. 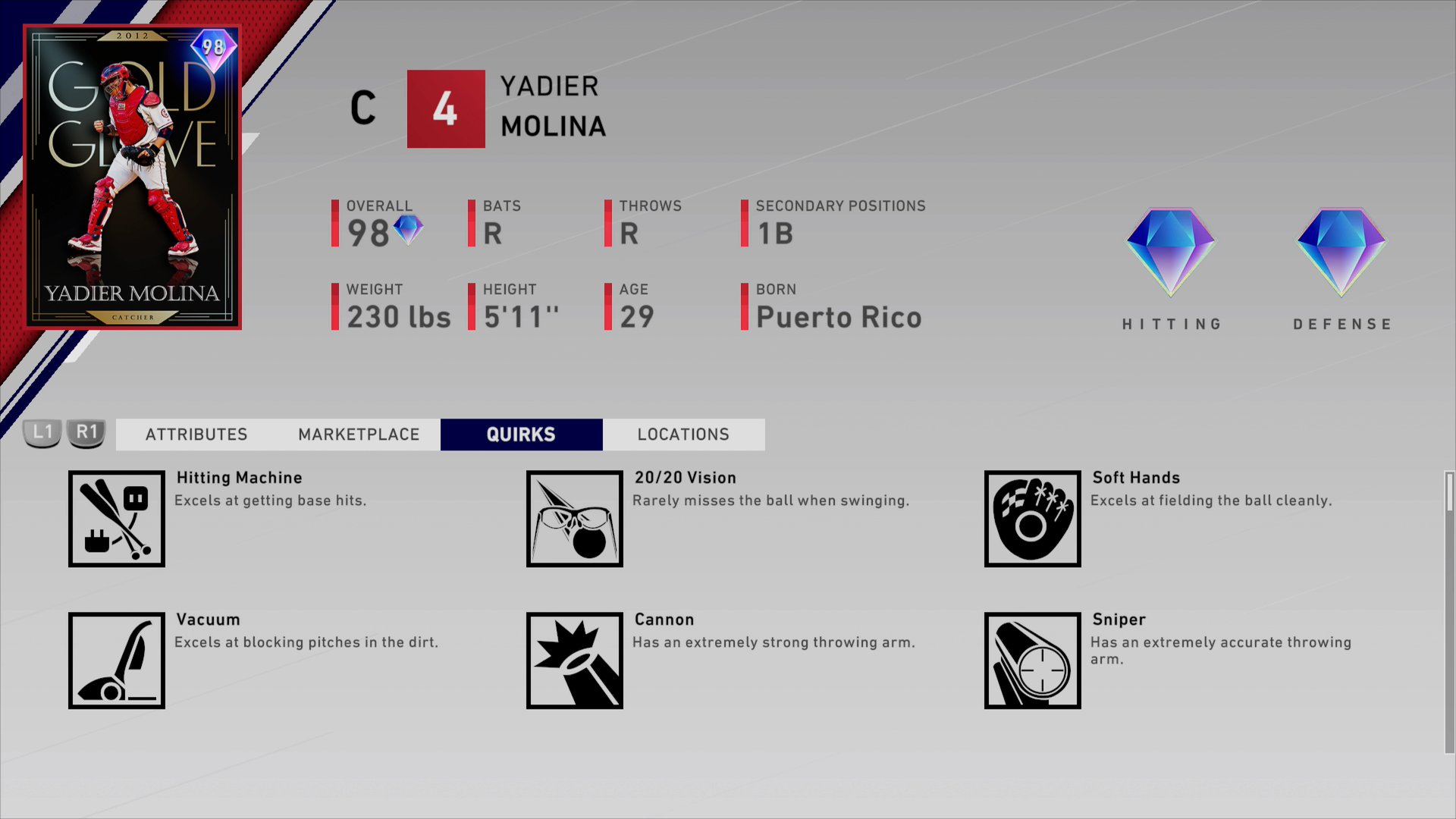 Here’s a look at his price on the community market about an hour after he was released. 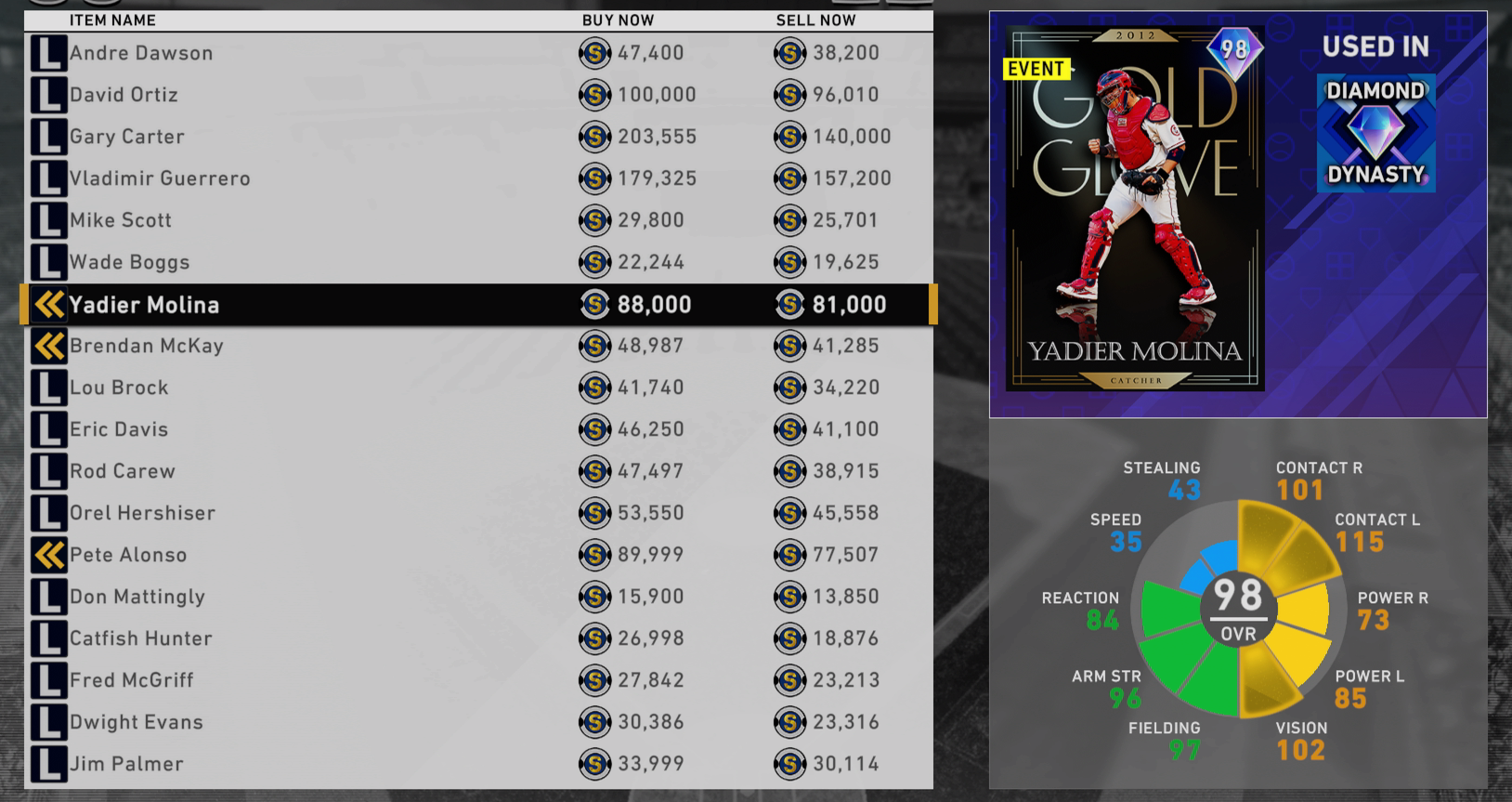 The odds on the Headliners packs remain the same as always, so good luck if you try getting him in packs as you’ll have a 1:10 chance at a diamond, albeit that diamond might not be Headliners Set 36 Yadier Molina.