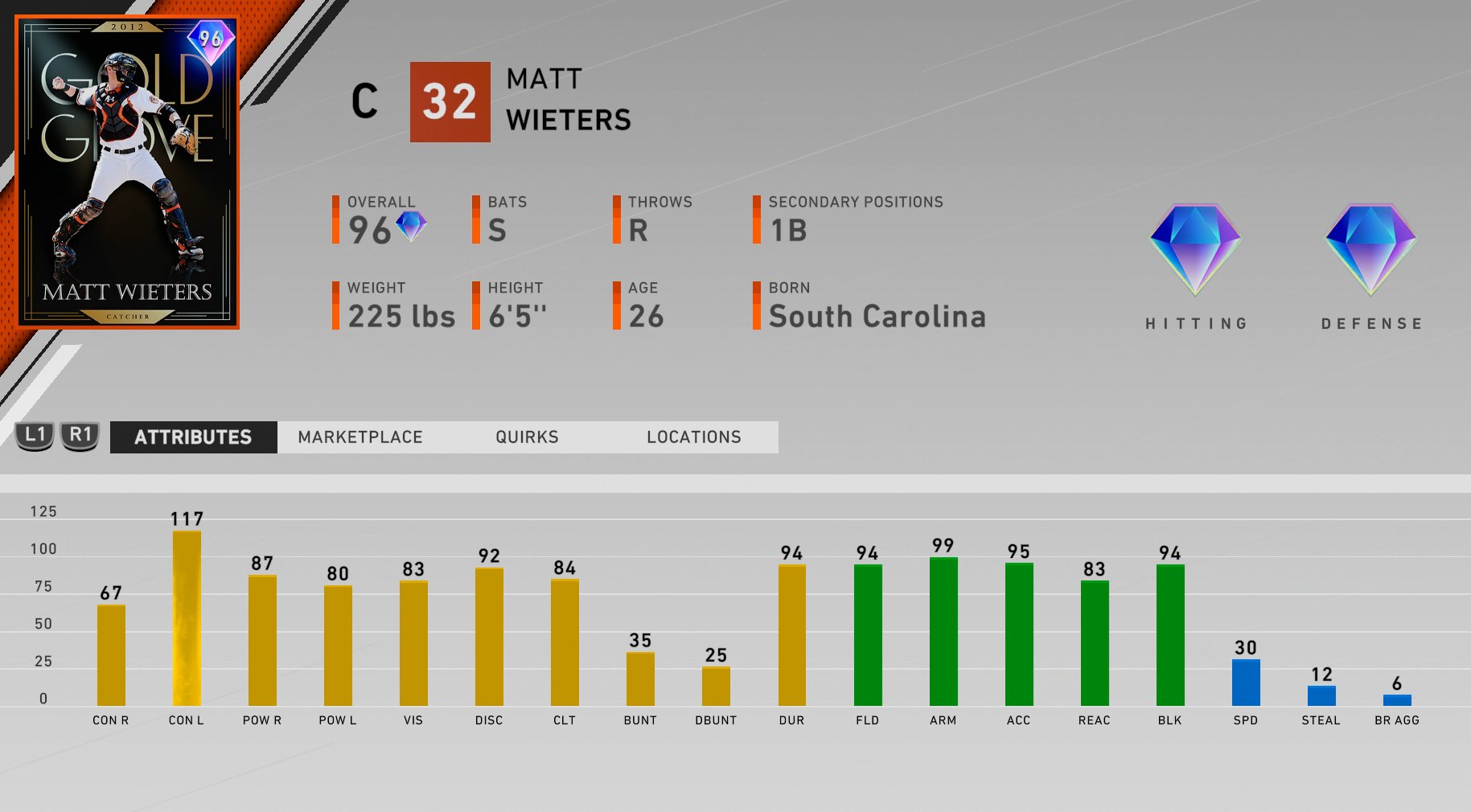 The appeal of Wieters is he’s a switch-hitting catcher with incredibly good fielding ratings. He’s not an amazing hitter, but he should be relatively strong against left-handed pitching. On top of that, he has really good power for a catcher from both sides of the plate.

Here are his full ratings: 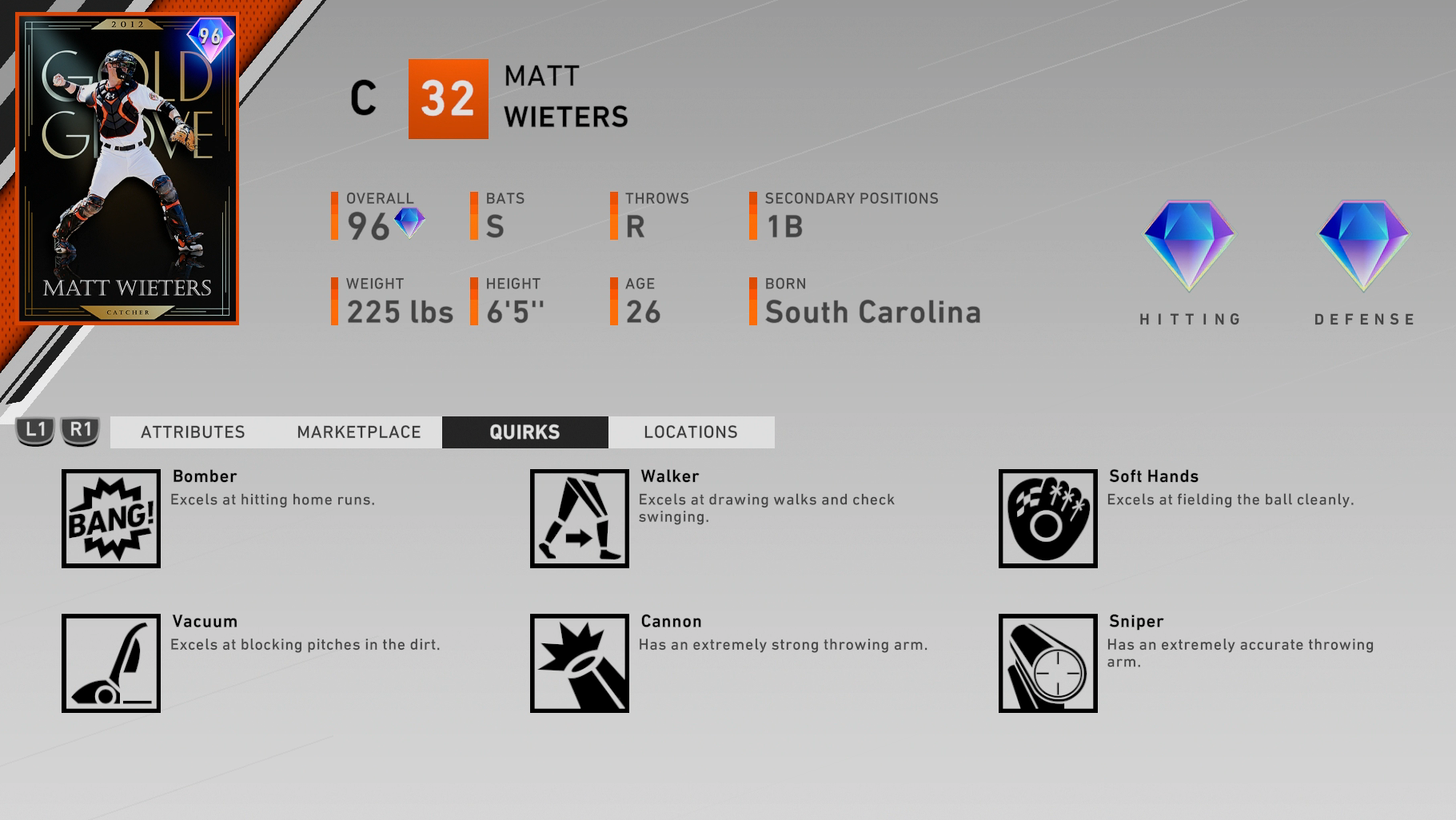 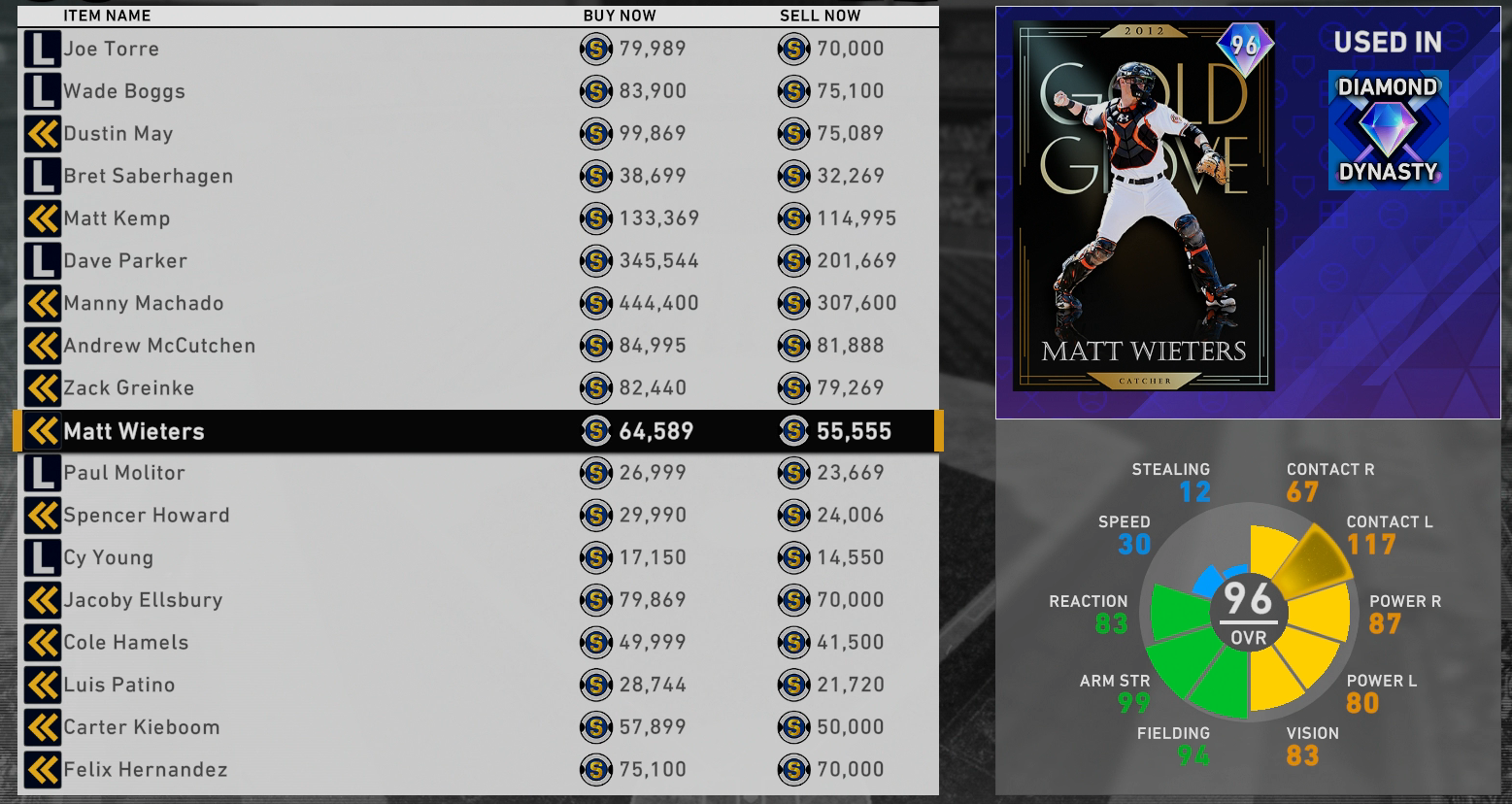 The odds on the Headliners packs remain the same as always, so good luck if you try getting him in packs as you’ll have a 1:10 chance at a diamond, albeit that diamond might not be Matt Wieters.